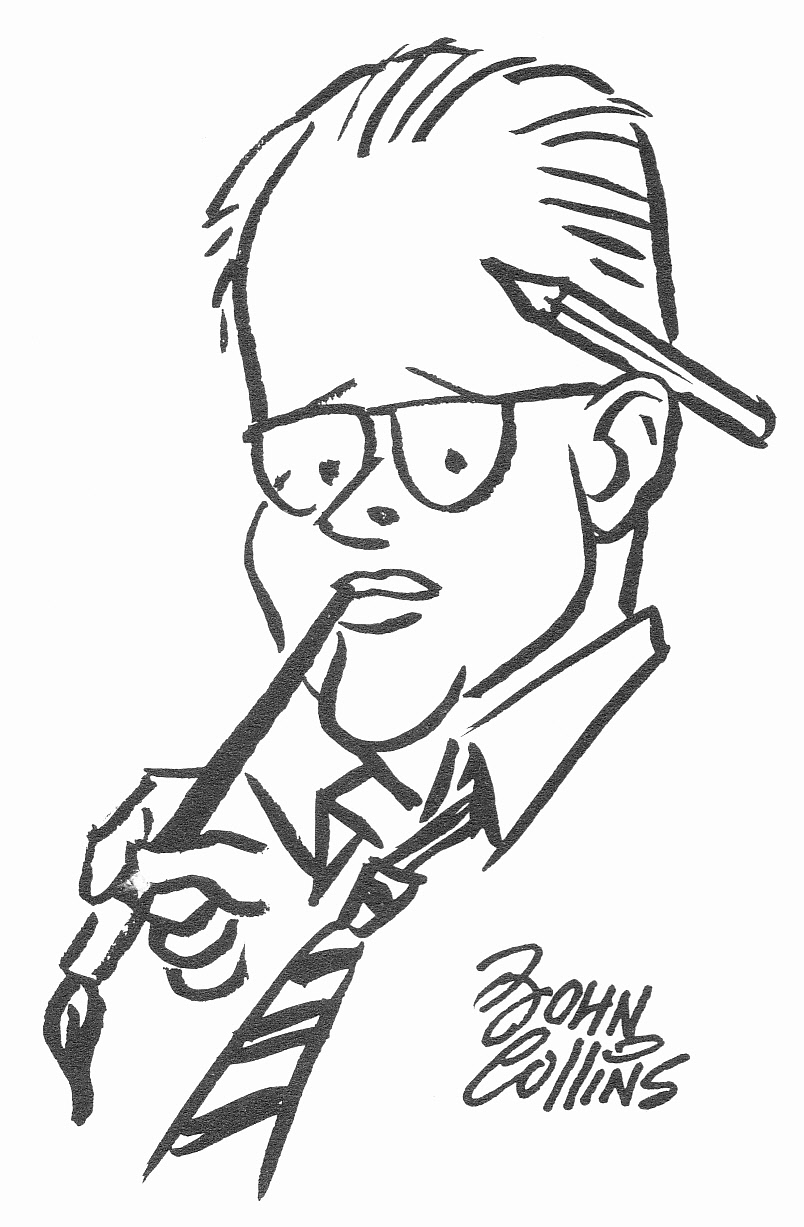 In 1937 while studying at George William’s University (Montréal) which was later absorbed into Concordia University he sold his first cartoon to the Gazette [Montréal] in 1937 and became the Gazette’s first staff cartoonist in 1939.

Collin’s wartime cartoons were very popular and appeared in the New York Times and other publications.

In the 1950’s, his cartoons criticizing the government of the day became so outspoken that Minister of Defense Brooke Claxton threatened to sue him and the Gazette for defamation of character. Beginning in the 1940’s Collins created his own character, a moustached man in a battered hat and a barrel held up by a single suspender called “Uno Who”. The average Canadian looking askance at those in authority. He won National Newspaper Awards in 1954 and 1973. Although his entire career was with the Gazette, his cartoons appeared in various newspapers across Canada including the Kitchener-Waterloo Record, Sydney Post-Record, Ottawa Journal etc.

For hobbies he sketched sports activities and painted in watercolours.

Fallacies of Socialism. The Canadian Chamber of Commerce, 1961. This booklet contains editorial cartoons by Collins. 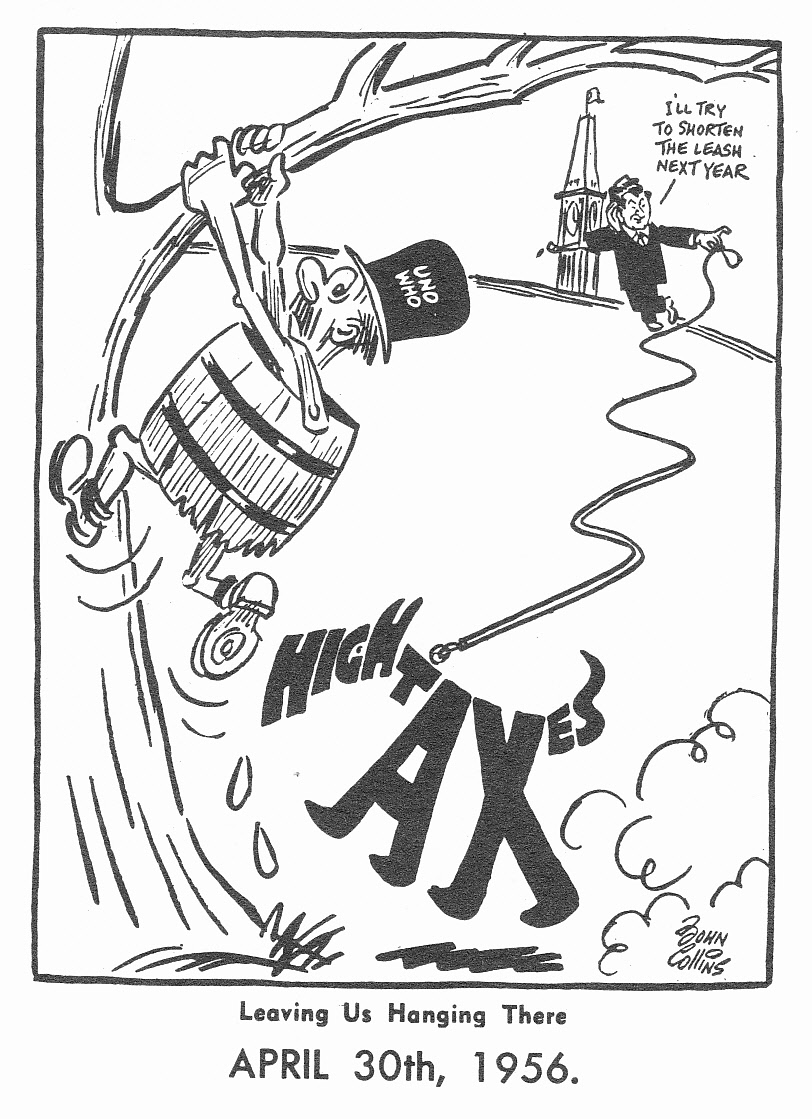 UNO WHO was Collin’s everyman and appeared regularly in his cartoons. Cartoons 1955-1959 by John Collins, no date. 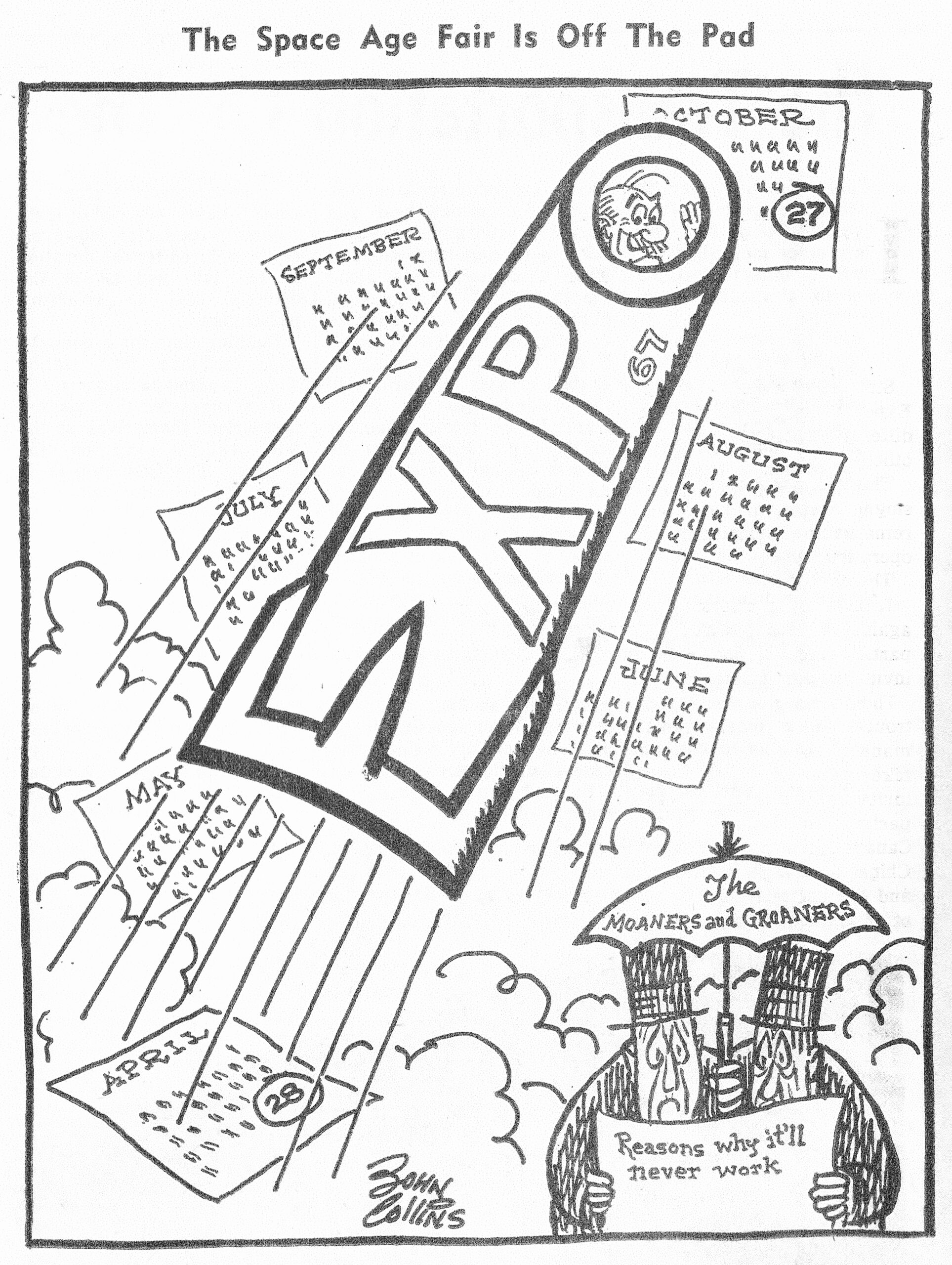 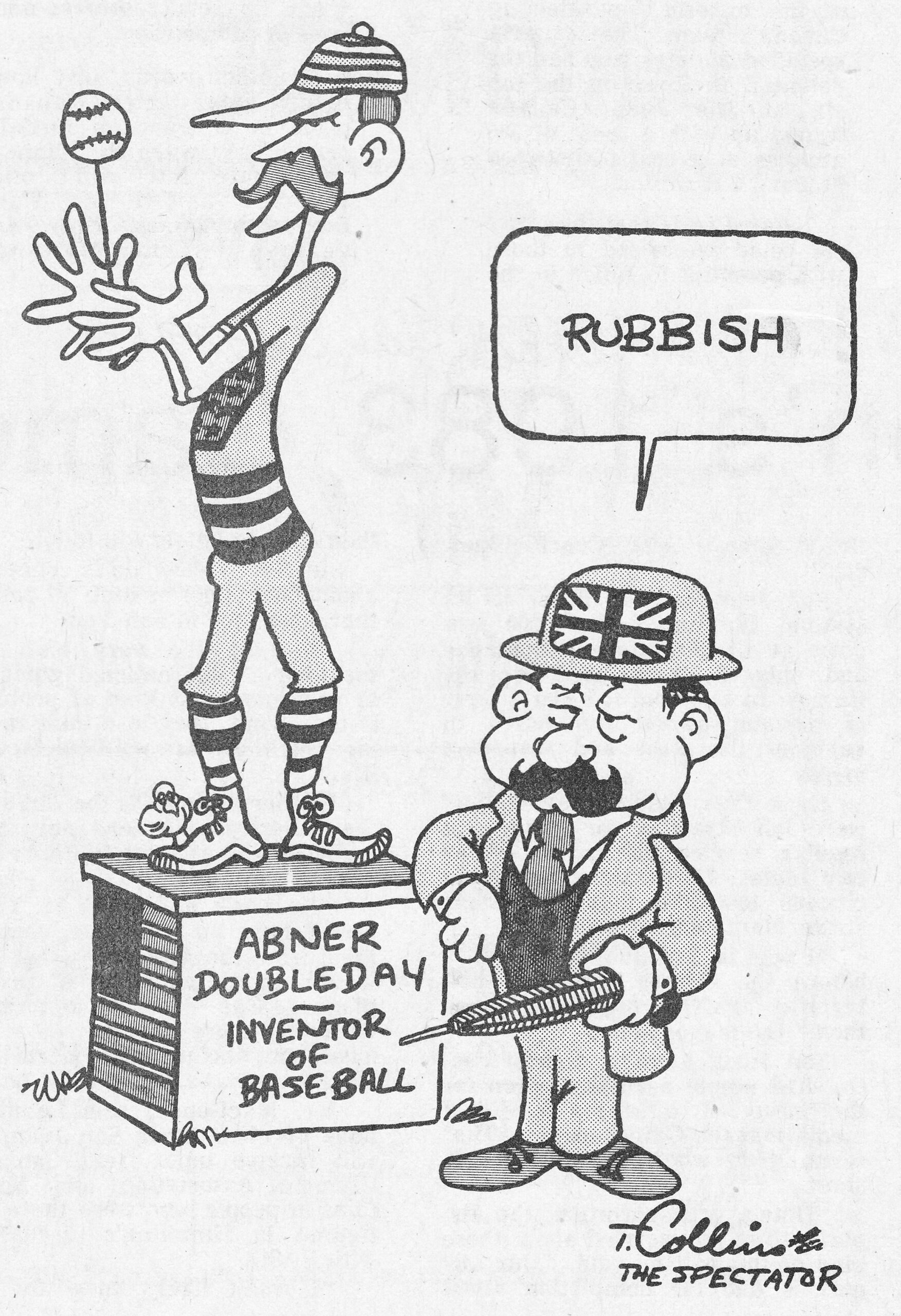