Almost nothing is known about this cartoonist. He came late to the Hillborough Studio staff, his work appearing only in the last two editions of Triumph Adventure Comics. He also illustrated “Happy Holden” written by Jack Loudon, which appeared in Top Flight Comics 1-1 February 1942.

Although his work was better than a great deal of what was appearing in Bell Features, he did not transfer to that company when Hillborough was absorbed. 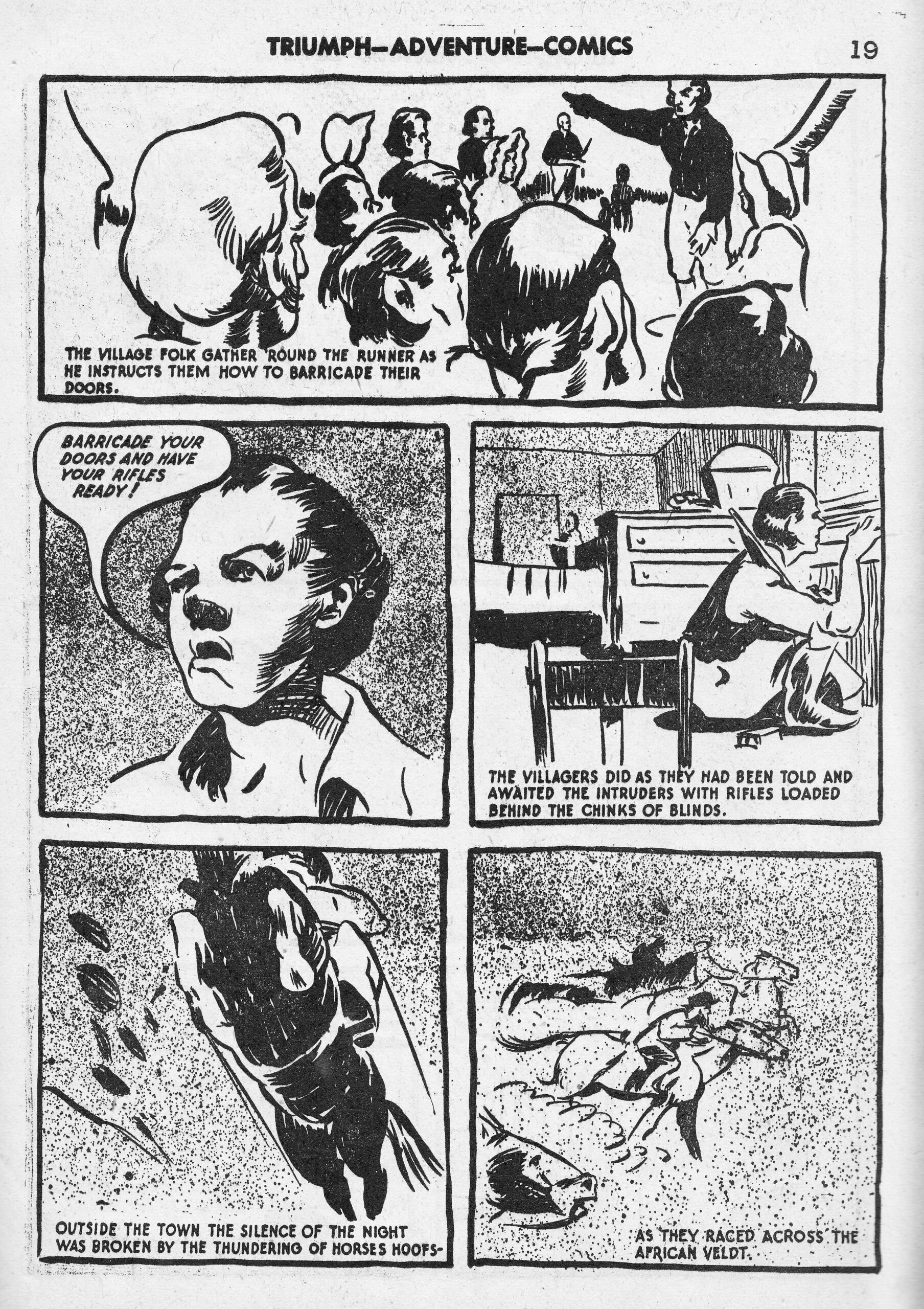 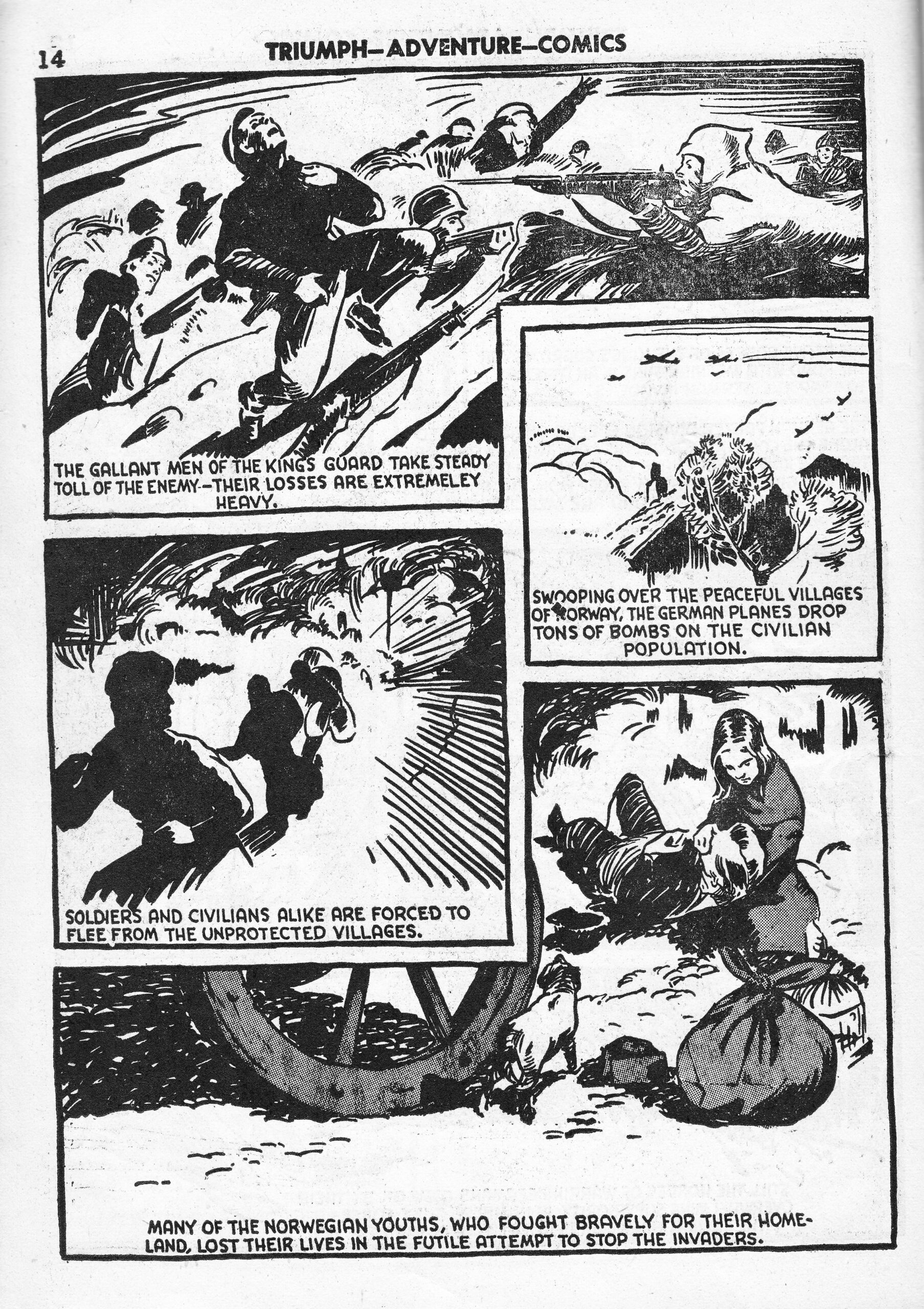