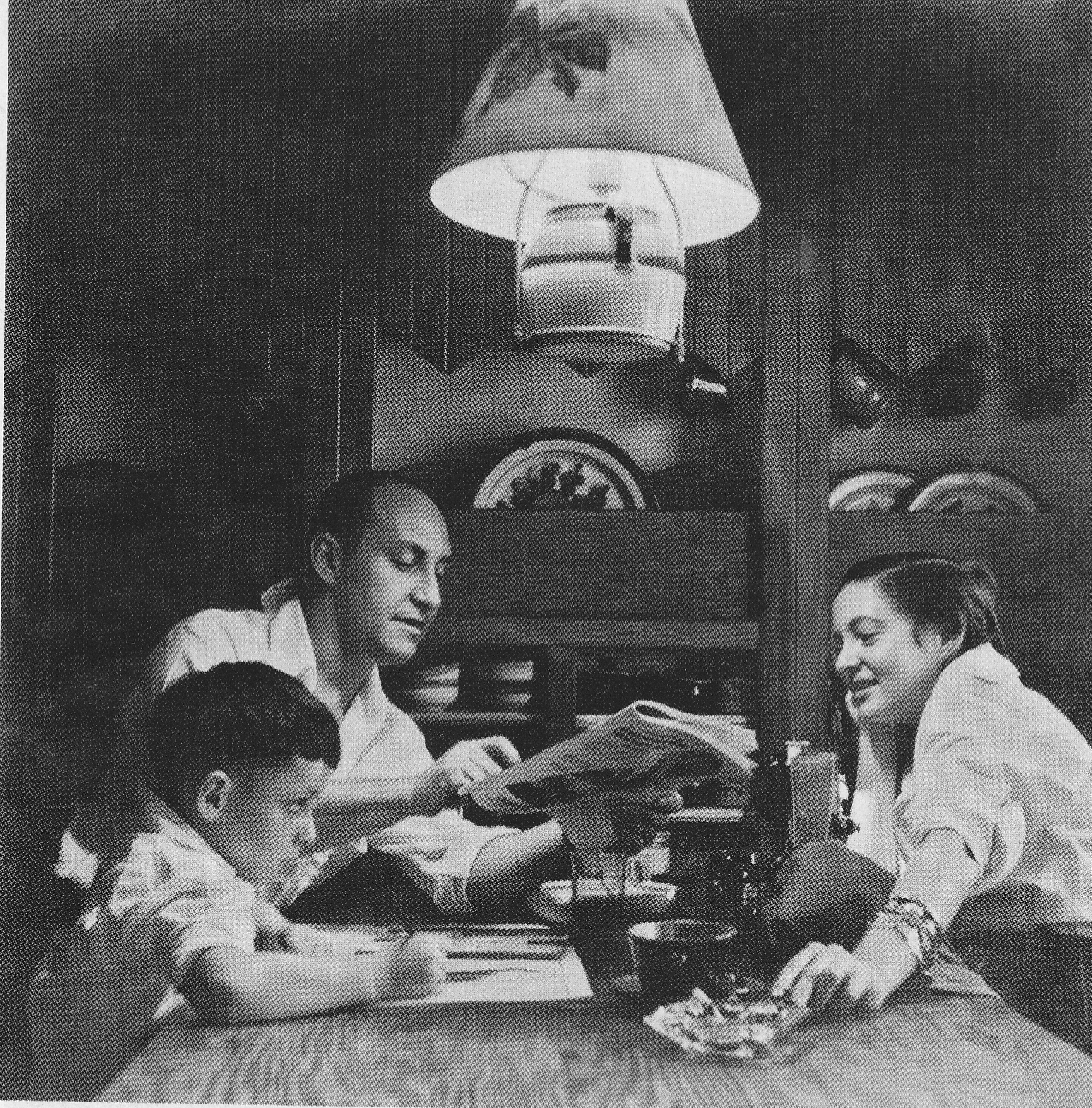 Oscar Cahén is included here because he was one of Canada’s outstanding illustrators, but in fine art circles he was also considered one of Canada’s foremost abstract painters.

Oscar’s father Fritz Max Cahén worked in senior levels of government, wrote plays and was a journalist in pre Nazi Germany. In 1932, sixteen year old Cahén enrolled in Kunstakademie, Dresden’s State Academy for Applied Arts but this was short lived. As Adolf Hilter tightened his grip on Germany, Fritz had become active in the anti-Nazi underground. In 1933, he heard he was about to be arrested and so he and his family fled from Dresden to Prague. Here Fritz continued in his anti-Nazi and espionage work. He left for New York in 1937 in order to write for a Czechoslovakia newspaper. While there he wrote a book Men Against Hitler, an account of his life in the anti-Nazi movement. Oscar was also in the resistance. On one occasion he illegally crossed the border into Germany to complete an arms deal brokered by his father. Apparently he also sold drawings to support the family.

By 1938, Oscar was teaching illustration and design at Rotter Art School in Prague. In 1939, just before war broke out, Oscar and his mother Mali fled to London England where she worked for the BBC broadcasting propaganda to Germany. Rather ironically, Oscar was caught up in a sweep of male refugees by the British authorities and shipped to Canada as an enemy alien. He arrived in Montréal in July 1940 among 2000 predominantly German Jews who were classified as prisoners of war, and wound up in concentration Camp N near Sherbrook Québec where he remained for 18 months. His release came about when Ben Turner, Art Director for The Standard, a weekend supplement published by the Star [Montréal], spotted him at work in a photo the newsmagazine had shot while taking pictures at the camp. Curious, Turner commissioned him to do some illustrations which led to him being hired and sponsored by Montréal impresario Collin Gravenor. Cahén remained loyal to The Standard throughout his life.

He quickly became a sought after talent by magazine art directors. He moved to Toronto in 1943 when he was hired as Art Director for Magazine Digest. He illustrated 38 covers for Maclean’s Magazine, and did illustrations for New Liberty, as well as maintaining his connection with The Standard.

He continued to paint throughout this period. He exhibited with The Canadian Group of Painters. In 1952 he exhibited Ancient Throne in Hart House University of Toronto. In 1953, he and six other abstract painters showed their work in Simpson’s storefront windows. Later that year they were joined by four others and Painters 11 was born. “His impact upon his younger colleagues in Painters Eleven is difficult to exaggerate, and is frankly confessed by most of them.” (135)

On 26 November 1956, while driving he collided with a dump truck and was killed instantly. 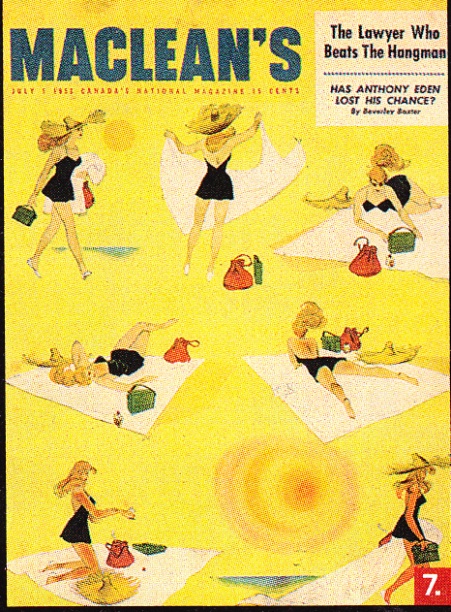 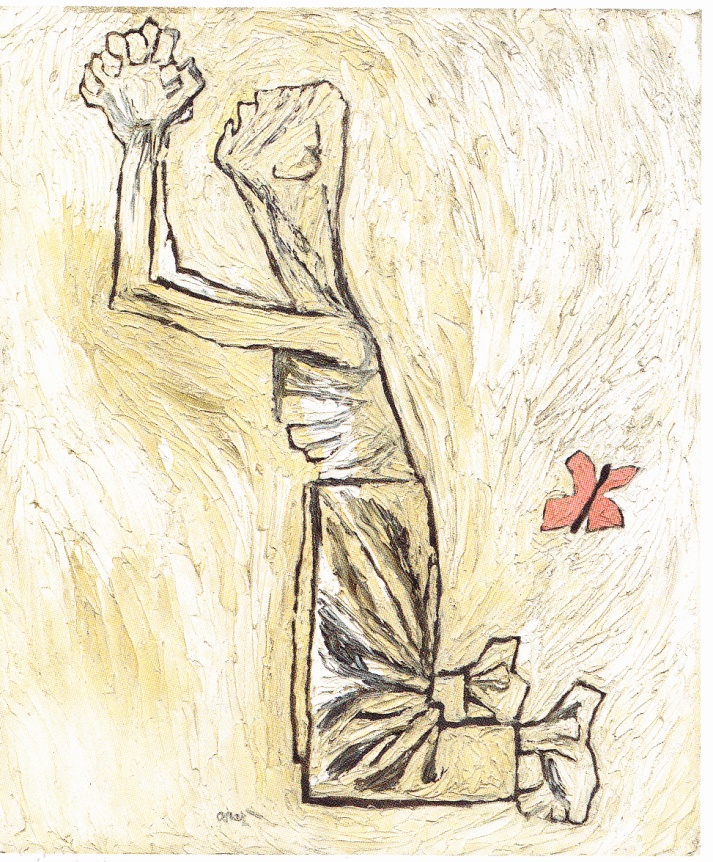 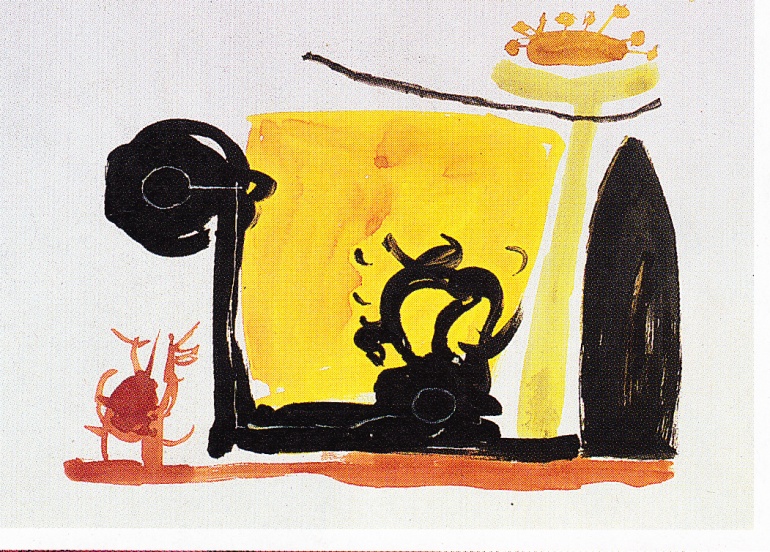