A humorous cartoon panel created by editorial cartoonist Vance Rodewalt. The characters began as two birds inserted in the corner of Rodewalt’s editorial cartoons in order to add a second statement. They became so popular they were spun off into a panel of their own, which was picked up by the Toronto Star Syndicate as a six day a week feature. It ran in about twenty-two newspapers in Canada from 1970 to 1979. 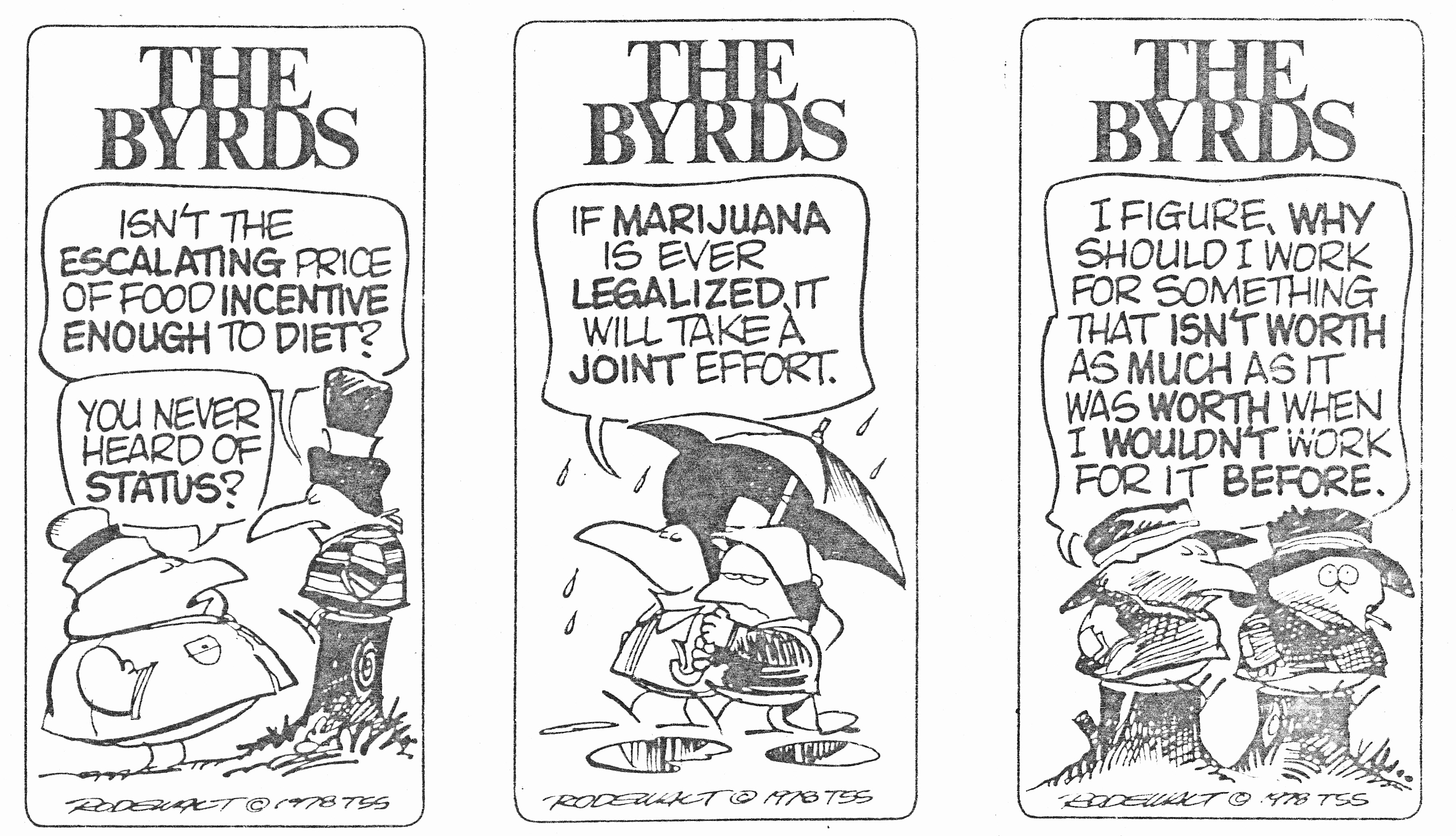