This company published the periodical Thunder Comics presents Adapters. “The Adapters” were written and drawn by Tom Muzzell and “Golem” was a backup story written by Jim Benninger and illustrated by Tom Muzzell. 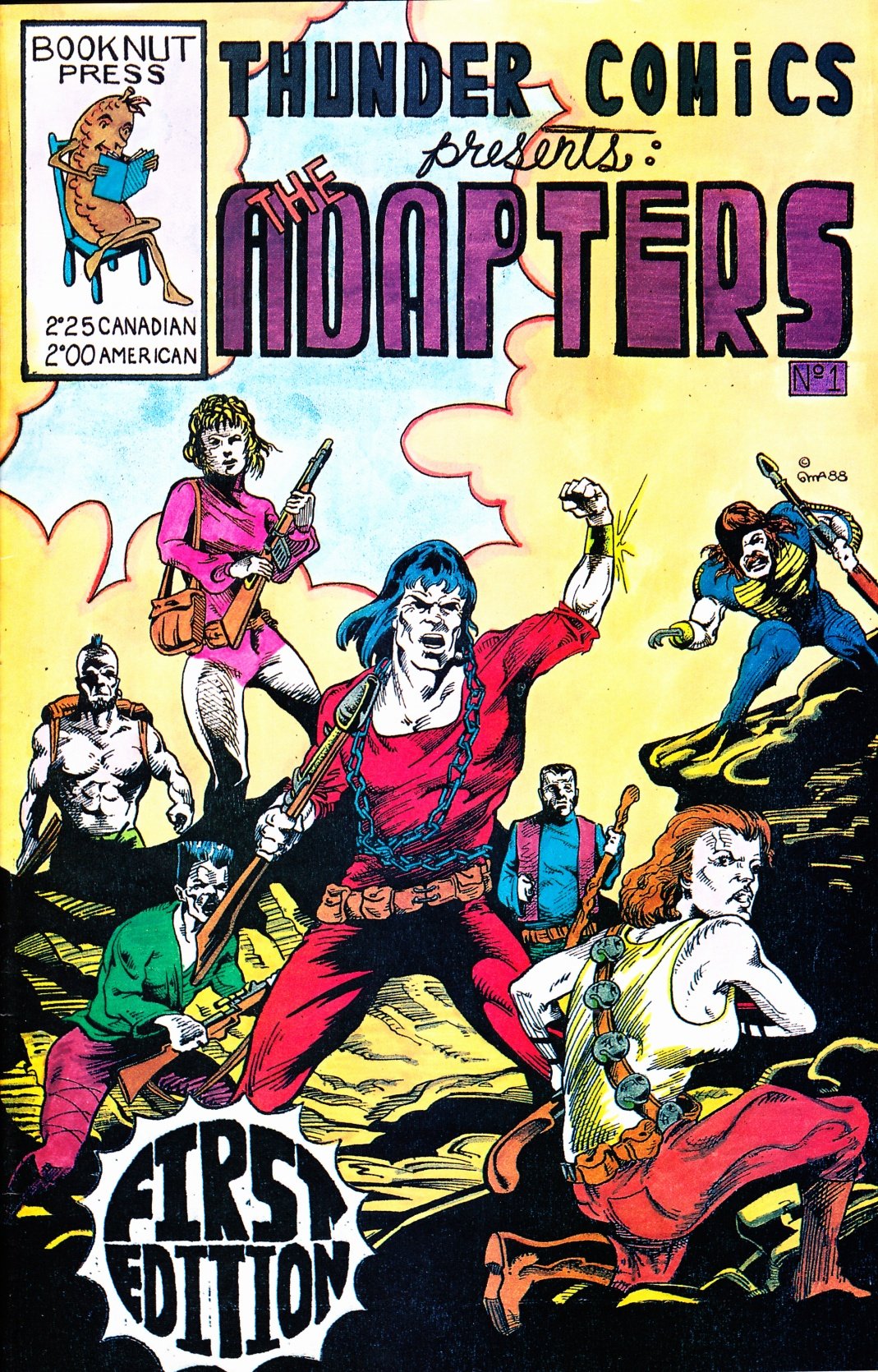