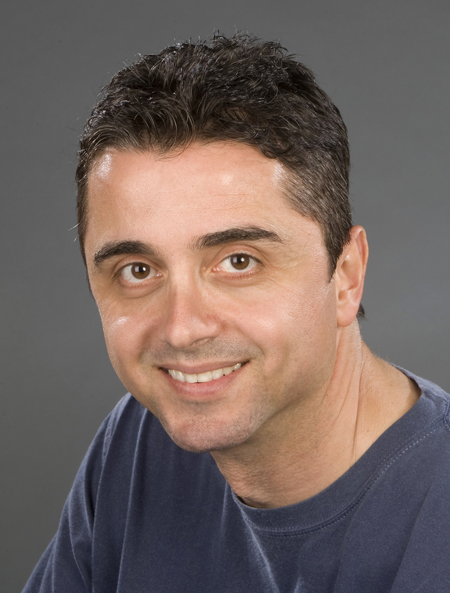 “Drawing never had any fascination for me. I’ve always been more of a painter than a drawer.” Raffi Anderian

Born 1963 in Latakia Syria, he immigrated to Canada with his family in 1972, and grew up in Cambridge, Ontario.

He studied advertising and editorial illustration for three years at Sheridan College then at the urging of a fellow student he joined the Ottawa Citizen which needed an editorial cartoonist for the features page.

While with the Ottawa Citizen, he won in April 1988 a Society of Newspaper Design Award for a color illustration appearing in the Ottawa citizen. Also in 1988 he won the 1987 National Newspaper Award for an editorial cartoon which appeared in the Ottawa Citizen 19 December 1987. At 24 years old he became the youngest winner of this award. Since then he has received approximately two dozen Society of Newspaper Design certificates. In 1990, he received a “Creativity Award” from New York, and an Art Director’s Club 4th International Exhibition Award. In 2012 he won the National Newspaper “Presentation” Award.

He joined the Toronto Star’s staff as an illustrator for the feature pages in 1989 and does about three graphics a week often in different styles ranging from watercolor through oil to acrylic or a wash and in styles from caricature to realism. “You need a different style for different stories.” he says, “I like the deadlines.” “I like the fact you have to do something really quick, the immediacy of it.”

His work ranges through children’s books, posters, advertising, magazine covers and packaging to large paintings in oil on canvas based on small composition sketches.

Over twelve hundred of his illustrations are in the Library and Archives of Canada.

Illustrations and paintings were sourced from Raffi Anderian’s Facebook. 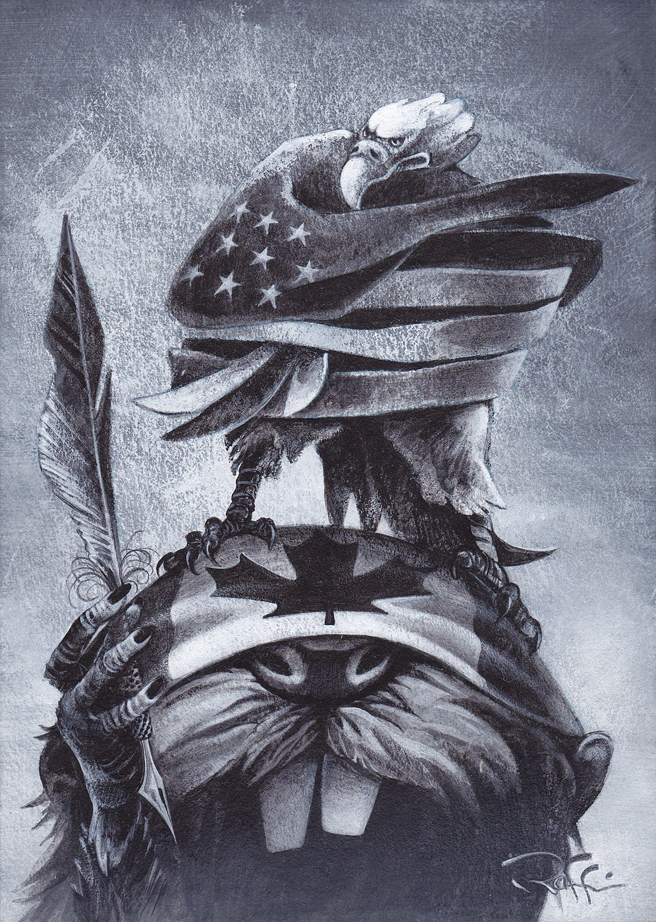 1987 National Newspaper Award Winner appeared in the Ottawa Citizen, 19 Dec. 1987. Canada about to sign the NAFTA Free Trade deal with the Americans

For better or for worse, the Canadian economy depends on the American economy  Toronto Star circa 1995, acrylic on board 16”h X 12”w

“Austerity’s vicious cycle” Toronto Star, 2 Oct. 2015: Op Ed. Computer generated      The more we cut government participation in Canada the more isolated it becomes from Canadians. Making it easier to increase the cuts which in turn increase the isolation. 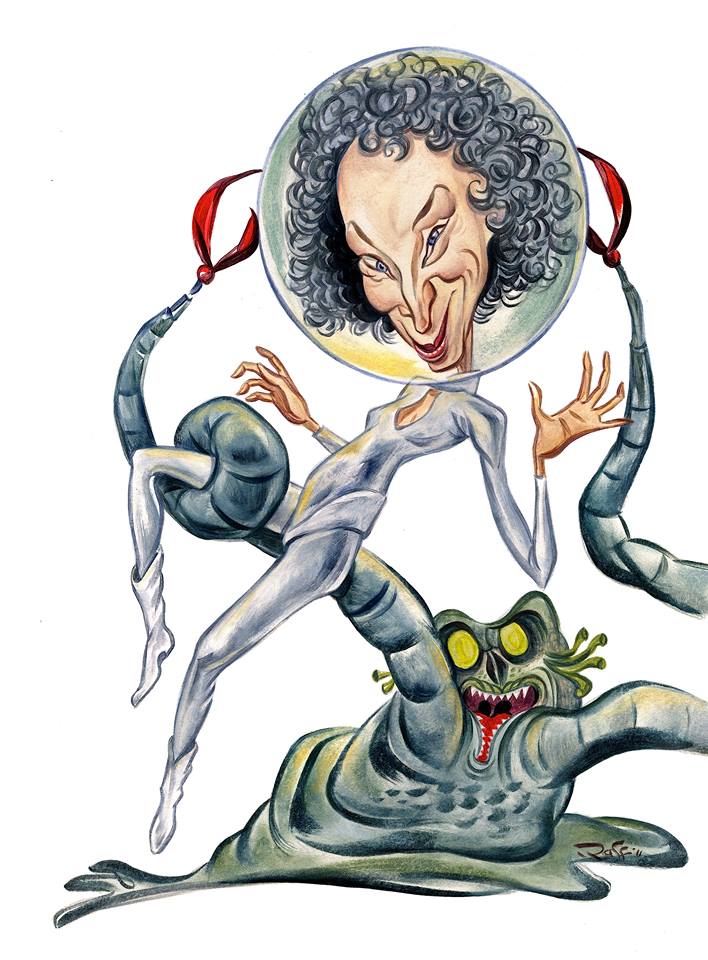 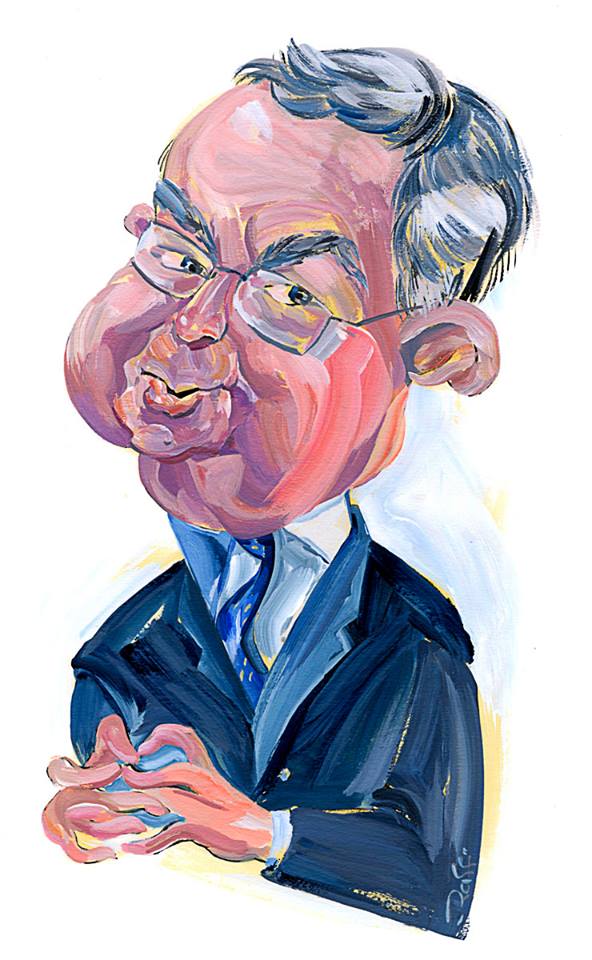 For an illustration of a story in the Ottawa Citizen that suggested dour people should lighten up. 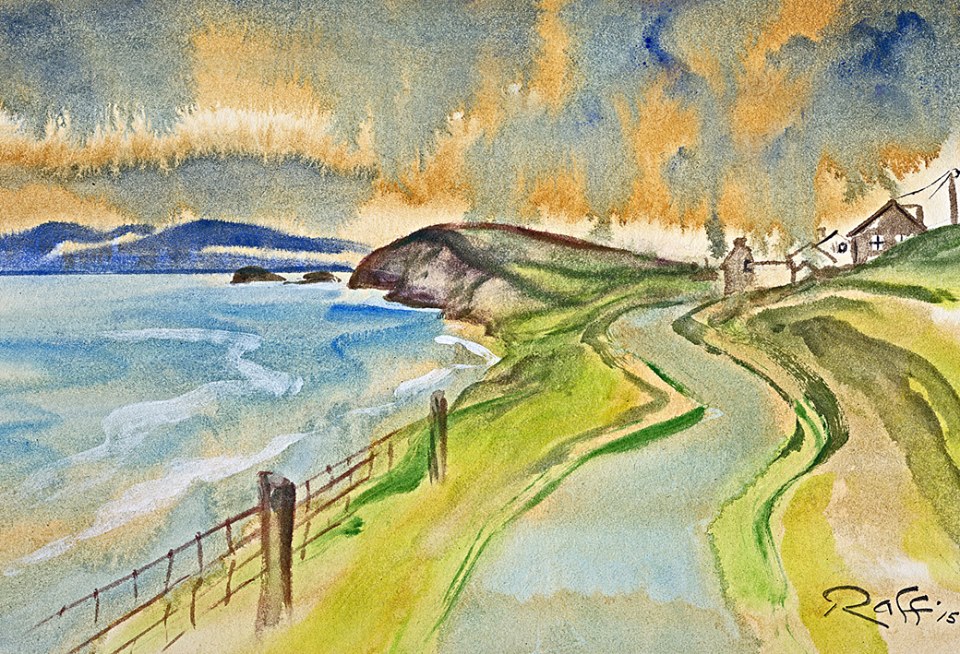 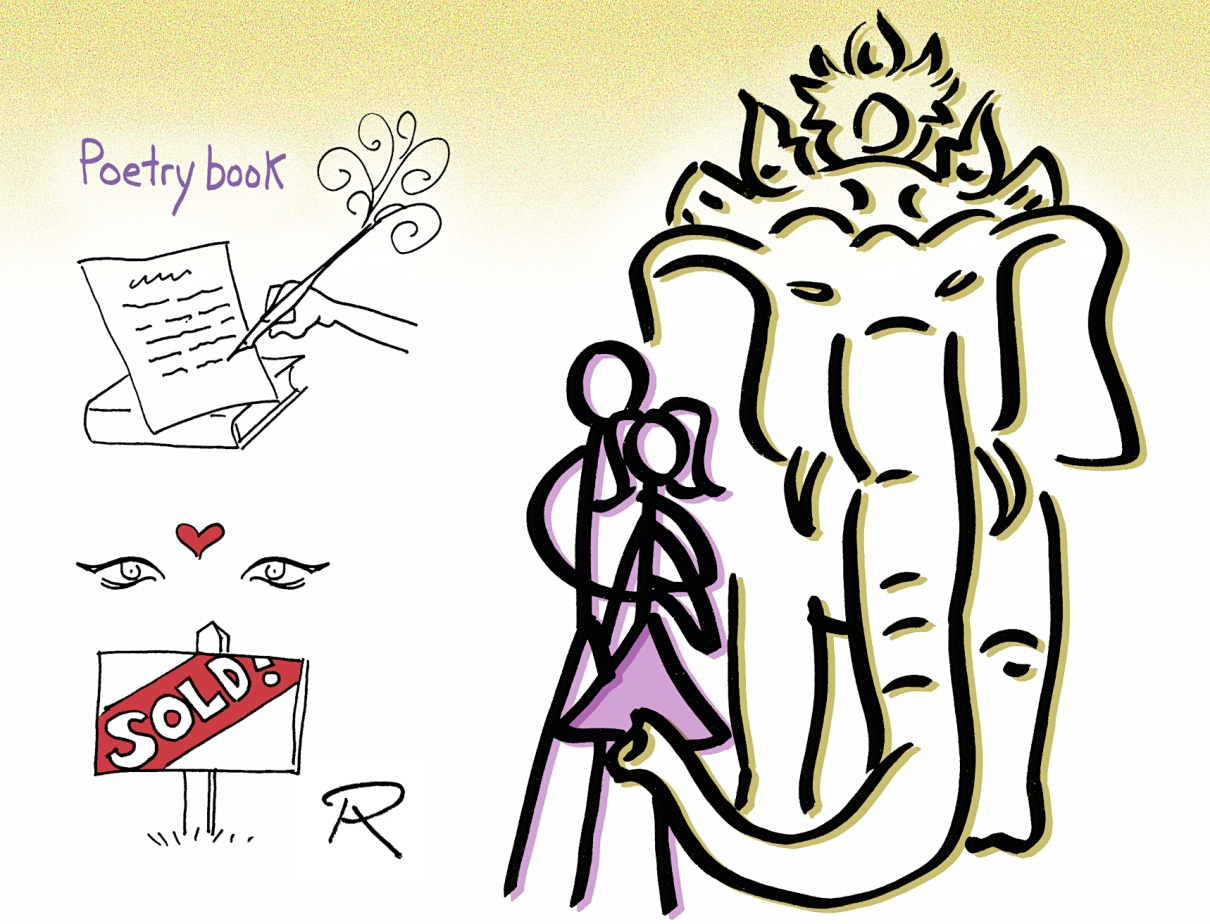 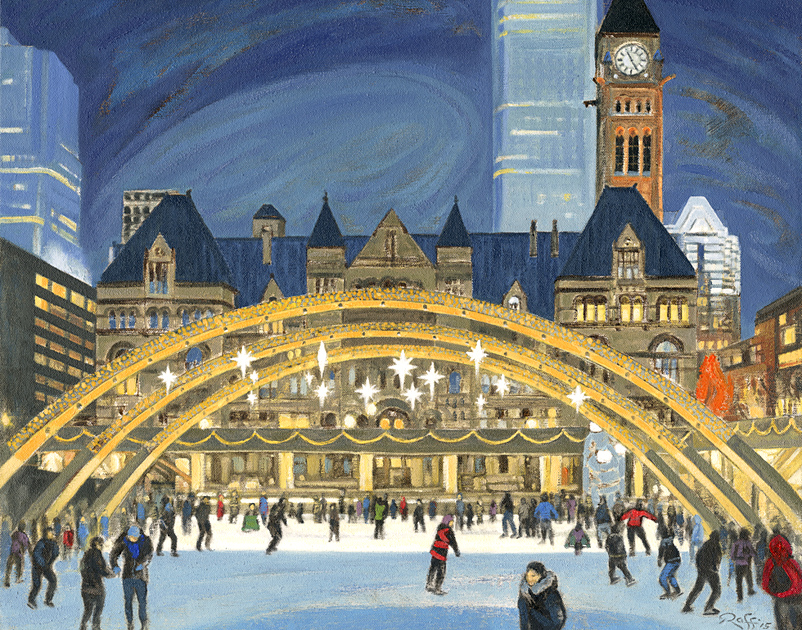 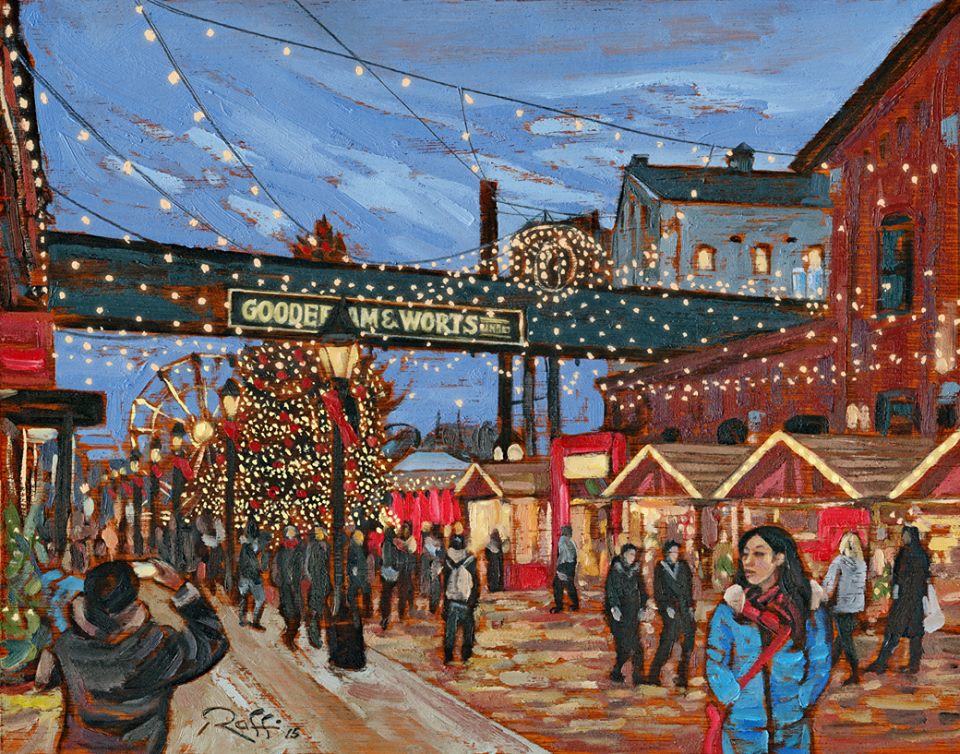 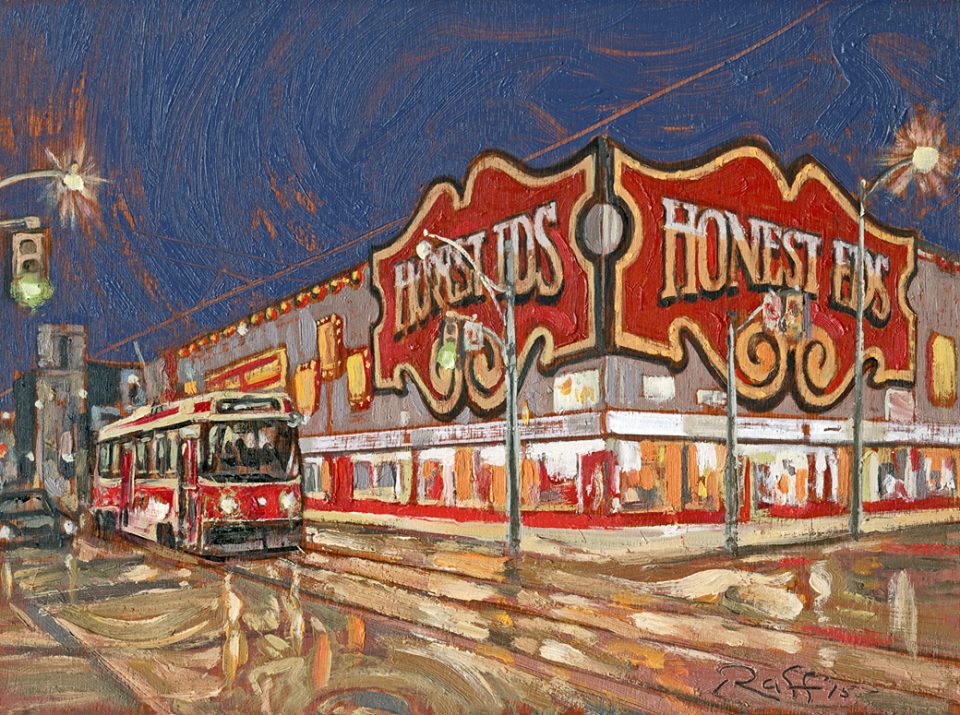 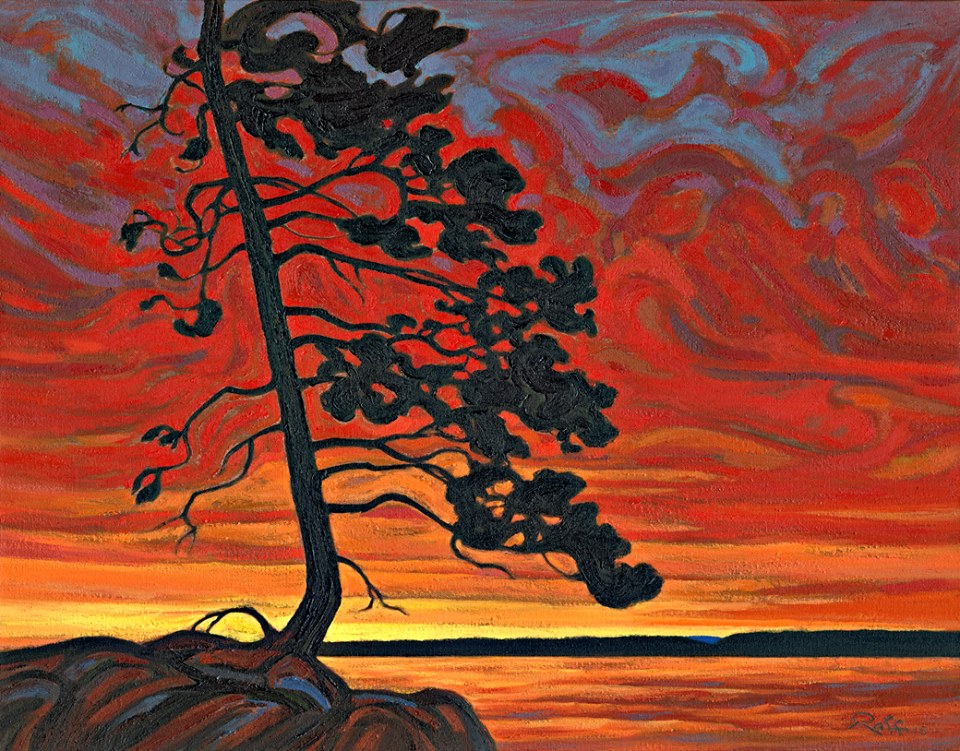