This serial appears to have been cartooned by both Clayton Dexter and Howard Buchanan Cowan although it is suggested that Howard created it. It appeared in the last issues of Commando Comics. “Salty Lane” named in the title as “Secret Investigator” also appeared to be the owner/skipper of a small commercial boat. He was based in a Canadian coastal port and had close connections with the R.C.M.P. In the story in issue 18, he notifies the Mounties that his boat has been stolen. Together they apprehend the thieves just after they have transported packages to a foreign vessel. It turns out the recipients were Japanese agents. Even though World War 2 was winding down and the stories are becoming more civilian and domestic, they still rely on attachment to the war. 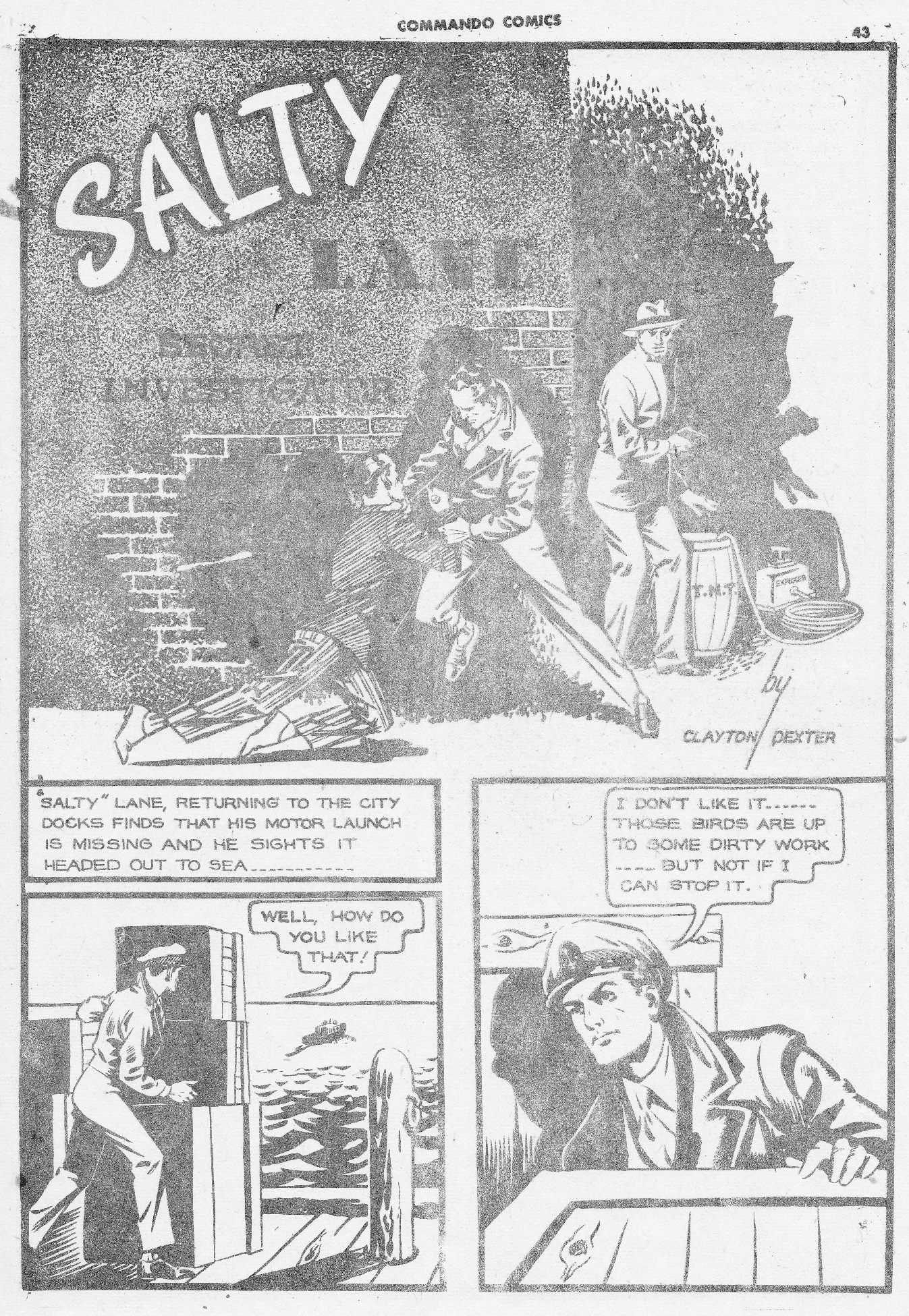 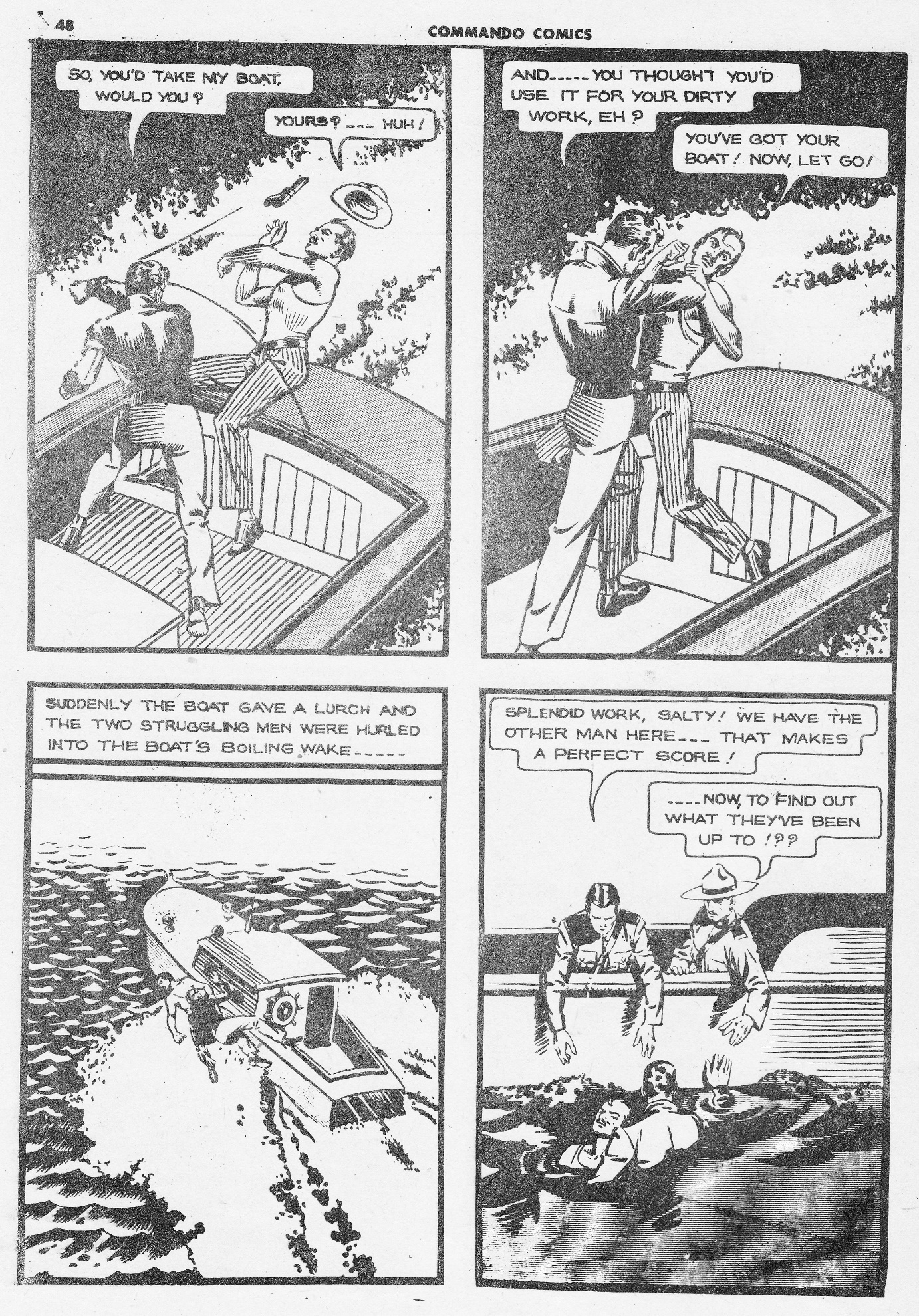