Born 1871 in England. He and his wife immigrated to Canada in 1902. In 1911 they and their three sons were living in Ottawa, apparently he was employed as an editor.

He cartooned for the The Morning Leader [Regina] as early as 1913, then replaced John McNaughton, who joined the army in 1914. He worked as both a cartoonist and illustrator. His cartoons were intermittent during the war but according to Lisa Henderson was relevant because it looked at the war from a local perspective. He lent his services to a Victory Bond loan drive suggesting his community commitment. In early 1919 he began “Weeklorama”. a weekly horizontal strip of individual cartoons across the bottom of the front page.

He left in September 1919 to accept a position with the Canadian press in Winnipeg. Shortly after he moved to the Brandon Sun where he stayed for 25 years eventually becoming the senior editor. 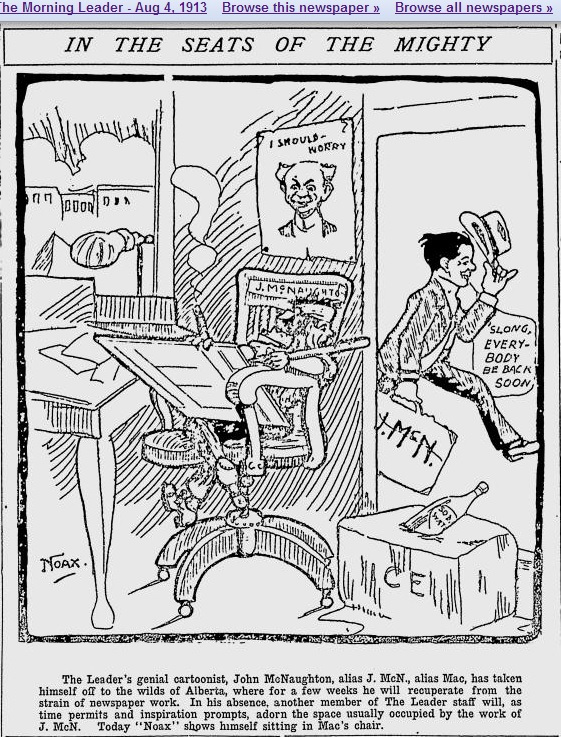 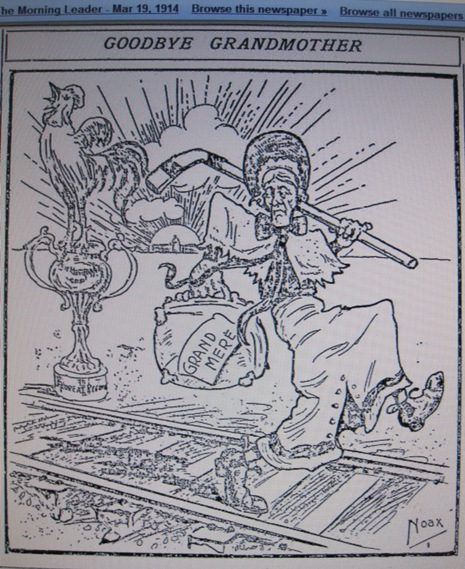 An illustration for a story. Morning Leader, 19 March 1914. Front page. 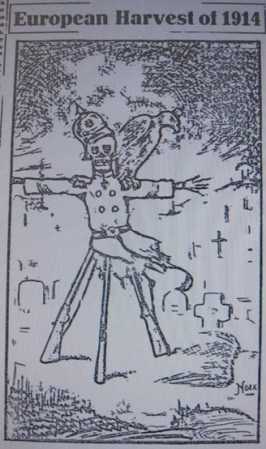 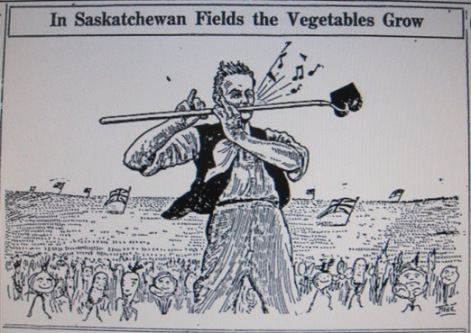