Grew up in Haines Junction Yukon.

He acquired a BFA in illustration from Emily Carr University. Now living in Vancouver he has created two serials, “Pizza Punks” a cartoon strip about punks eating pizza and Dakwäkãda Warriors. In 2017 he was awarded Broken Pencil Magazine’s Best Comic & Best ‘Zine Of The Year for Dakwäkãda Warriors II.

To see the origins of “Dakwäkãda Warriors” we go back to when Cole was in a traditional song and dance group the Dakwäkãda Dancers. There he learned the language of the Southern Tutchone. To revitalize the language he created a bilingual serial involving two characters the earth protectors Ts’ǘrk’i (crow) and Ägay (wolf). These became the “Dakwäkãda Warriors”. 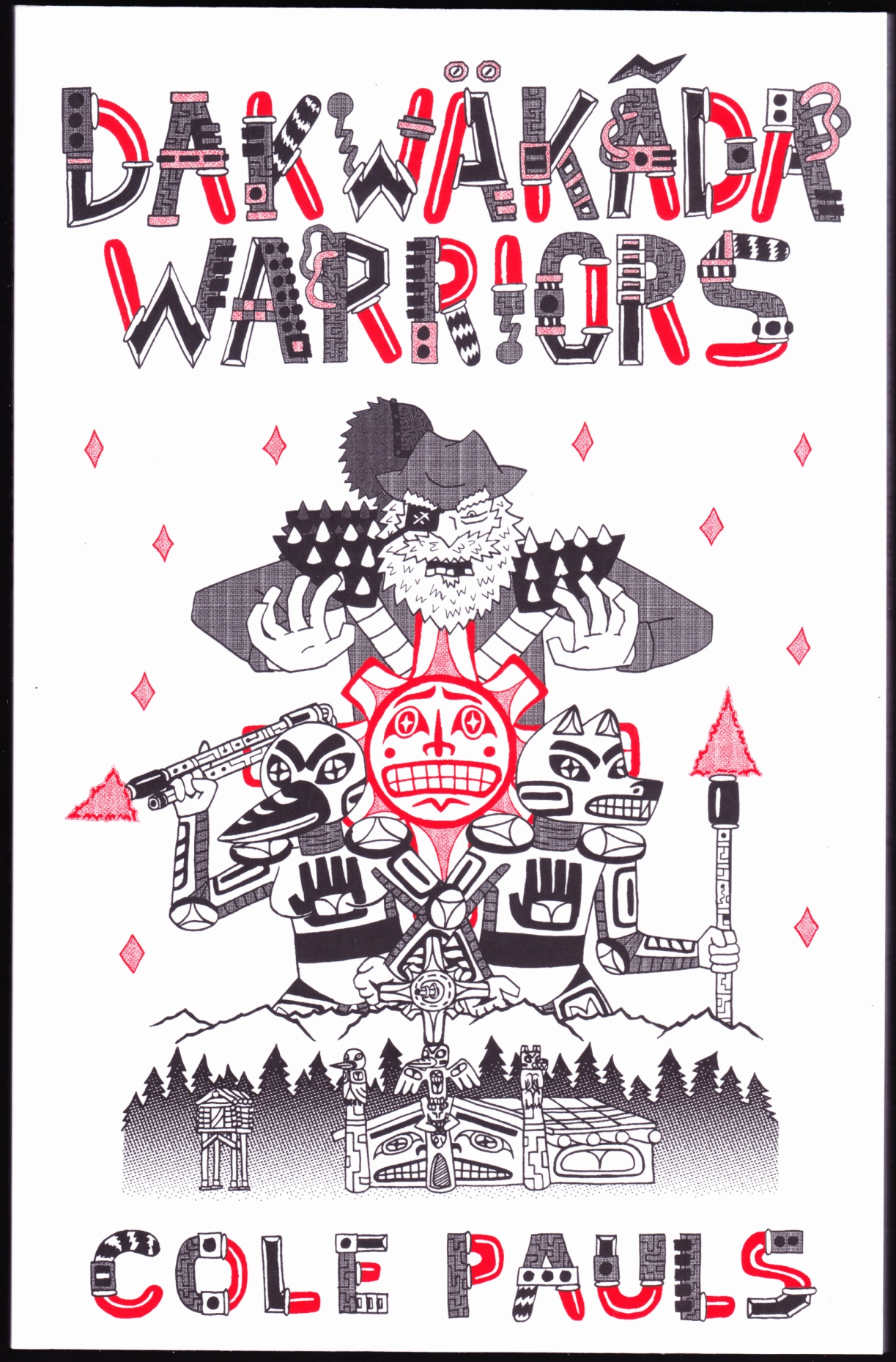