This character was created by Daniel “Dano” Leblanc, He is described by LeBlanc as “Le first superhero Acadien”, but also an Acadien everyman. The stories are humorous and tend to the satiric.

“Acadieman” began as a cartoon strip in the Moncton newspaper Mascaret. Rogers TV/TV Rogers picked up the idea and an animated series began in 2005. It ran for three seasons. A special Christmas episode called Acadieman vs Nöel appeared on Cap Acadie during December 2008. The first season appears on a DVD called Acadieman la complete first saison. Acadieman Vs Santé was a series of fifteen short educational videos in which “Acadieman” and his friends encountered situations faced by students. In 2006, the animated series won Rogers TV Impressions Awards under Public Choice and Diversity Programming. In the same year at the Yorkton Short Film and Video Festival (Saskatchewan), it was given the Jury’s Choice Award.

After a hiatus of about eight years Daniel retuned to “Acadieman” at the request of a friend who wanted to colour a story. He completed S’échapper de Dieppe with a colour cover and a black and white interior. In this satire, “Acadieman” helps an Anglophone family to escape from the centre of French-speaking Dieppe, New Brunswick an actual town named in remembrance of the Canadian raid at Dieppe France in World War 2. The idea came to Daniel after living in Halifax a few years where little French is spoken. He also added: “When I talk to my Anglophone friends they rarely come into Dieppe, like deeply into Dieppe … and I thought that was interesting too” The cover was inspired by the poster from the film Escape from New York. The result was offered at the East Coast Comic Expo in May 2017. A coloured interior issue was supposed to follow but never did. Although Daniel intended to produce future copies apparently none were.

The character was born in Czech in Southeast New Brunswick where he was left by his parents as they ran off to see they favourite TV show The Price Is Right. A character called “Farty” found him and raised him until he was a teen and left for the big city where he found his biological parents. He loves the indoors, hates walking long distances and loves to eat choir, poutine, sister farts, mouse teats, lobster and piss clams. Coffee makes him strong. Other characters included, T-Gris, Coquille, Johnny Dieppe and Acadiemère. His most prominent feature is he speaks Chiac (Shee-yak) a mixture of Acadian and English with Acadian being predominant.

Although the series was popular the use of Chiac raised objections from those wanting to maintain the standards of proper French. The controversy was reminiscent of the objections raised when Michel Tremblay introduced joual into his plays.

“Purists don’t like this mix of Acadian French and English, but it may be helping the French Language in Canada” Writ., Emma Jacobs. The World in Words, 5 April 2016. Accessed 17 Jan. 2020. 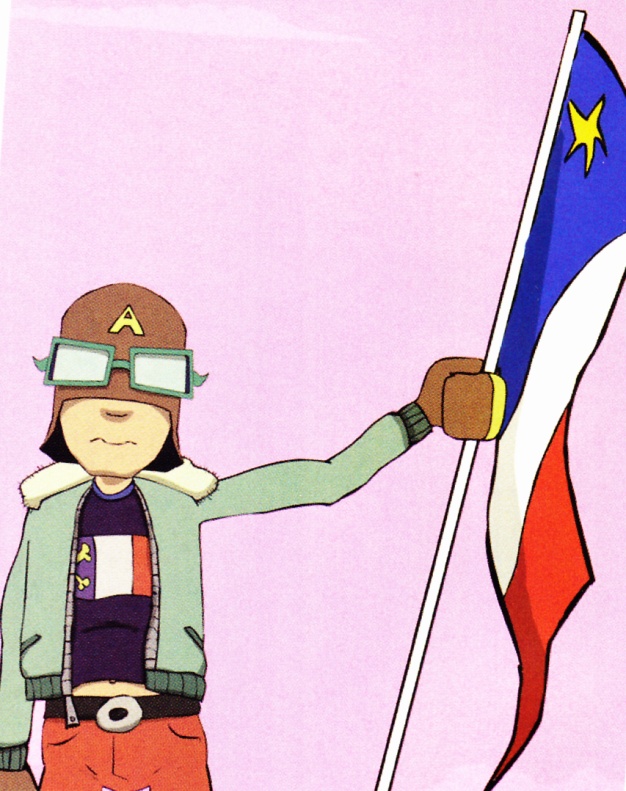