Patricia Scott and her twin brother Jerry are air cadets. Patricia, a pilot and air mechanic is also accomplished in A.R.P. work and first aid. The first stories are firmly embedded in the military, but as the stories progress, they fall into the espionage format and finally a detective style. It would appear that the character was being prepared for a post war existence, but for whatever reason it disappeared. One story that is of particular interest is “The Spirit Spy Returns.” In it the Indian character although dressed in a stereotypical garb, is portrayed as an intelligent individual who saves Pat and her group and outwits the Spirit Spy. This treatment of an aboriginal is almost unique in the 1940’s comic books.

‘Pat the Air Cadet’ was credited to a “Macduff”, but it is probable that Ted McCall and Doris Slater teamed up under this pseudonym to produce the character. First, McCall and Slater had a close family connection. They were in-laws. Second, they were professionally a perfect fit. McCall was an accomplished writer and Slater was an honours graduate from the Ontario College of Art, with experience drawing individuals accurately and quickly which she acquired from working fairs and carnivals. Finally, we know that with the inception of Three Aces Comics, about a month after Grand Slam began, Doris Slater was working for Anglo-American drawing another feature “Martin Blake, Animal King” under her own name.

It is possible though highly unlikely, given the paucity of accomplished artists for this type of work at this time, that “Pat The Air Cadet” was the product of a single cartoonist’s sole entry into the comic book world. Macduff appears nowhere else in the industry. 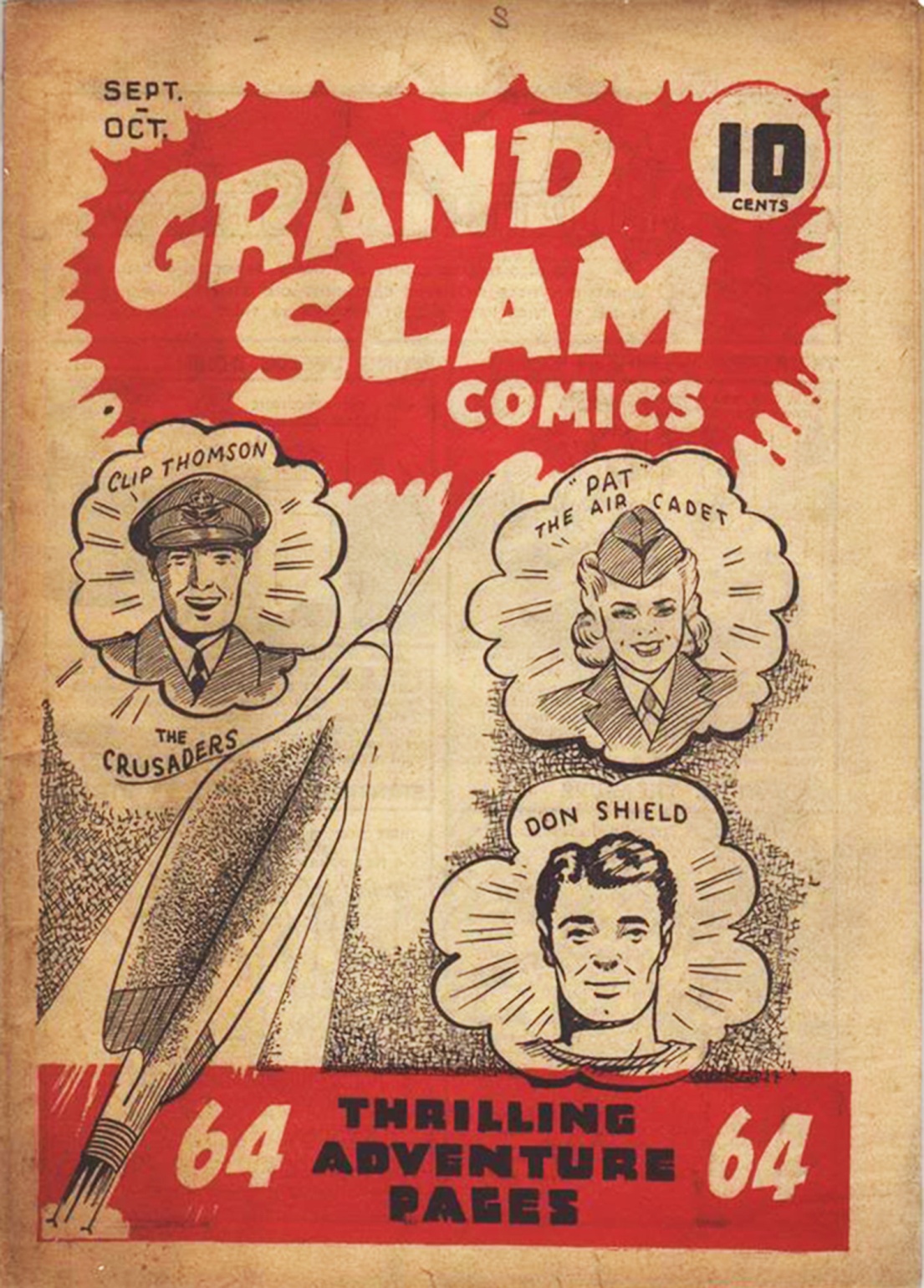 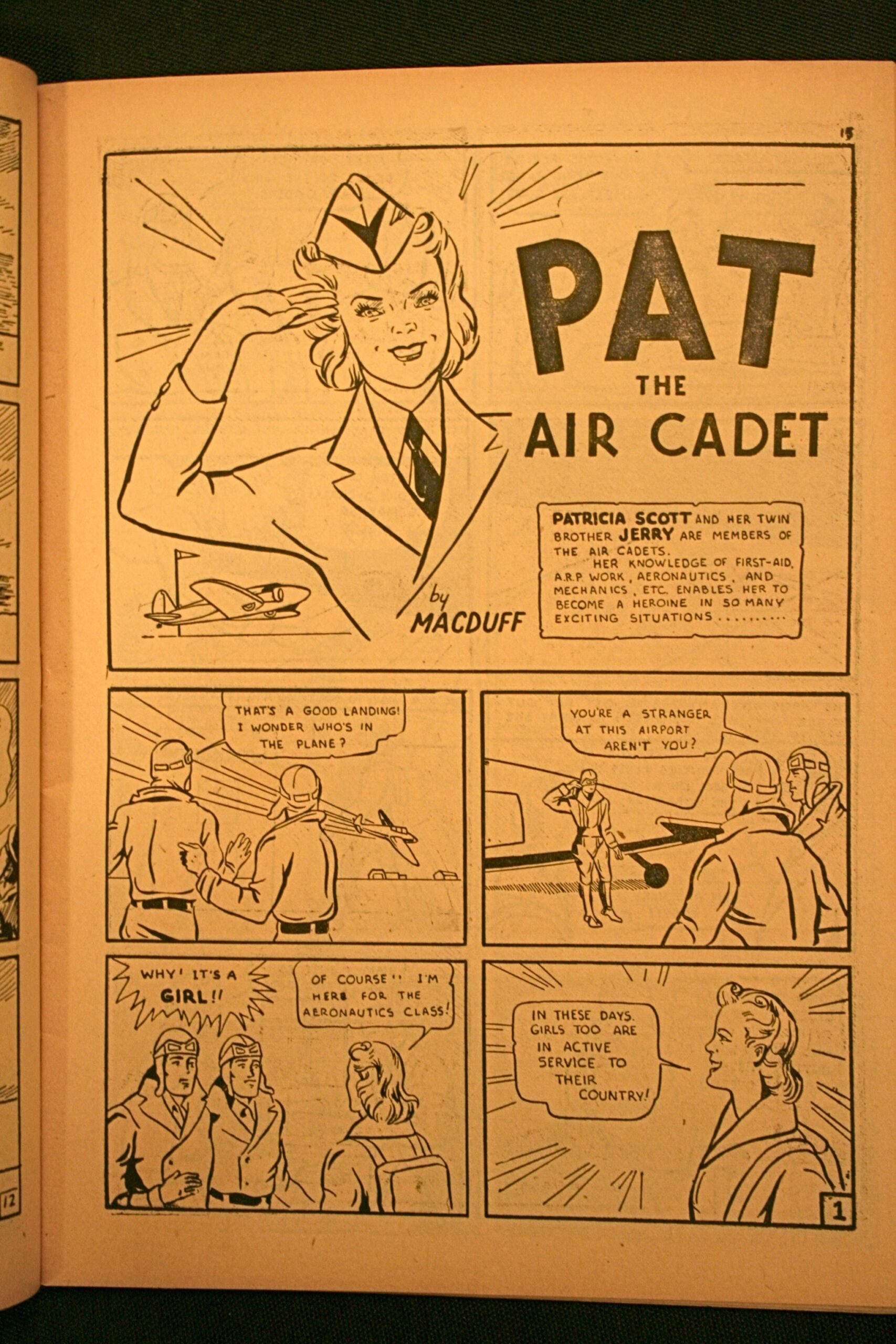 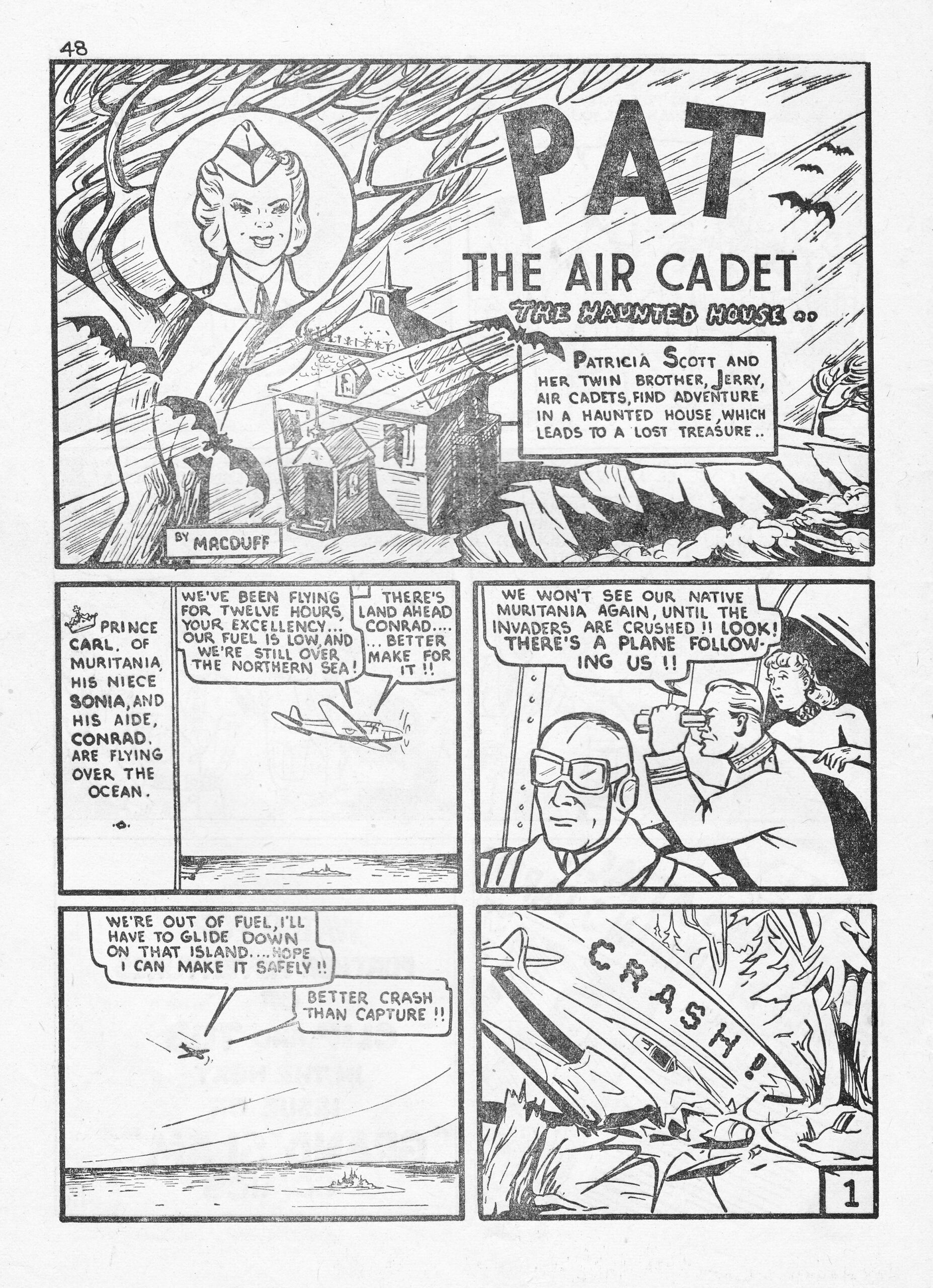 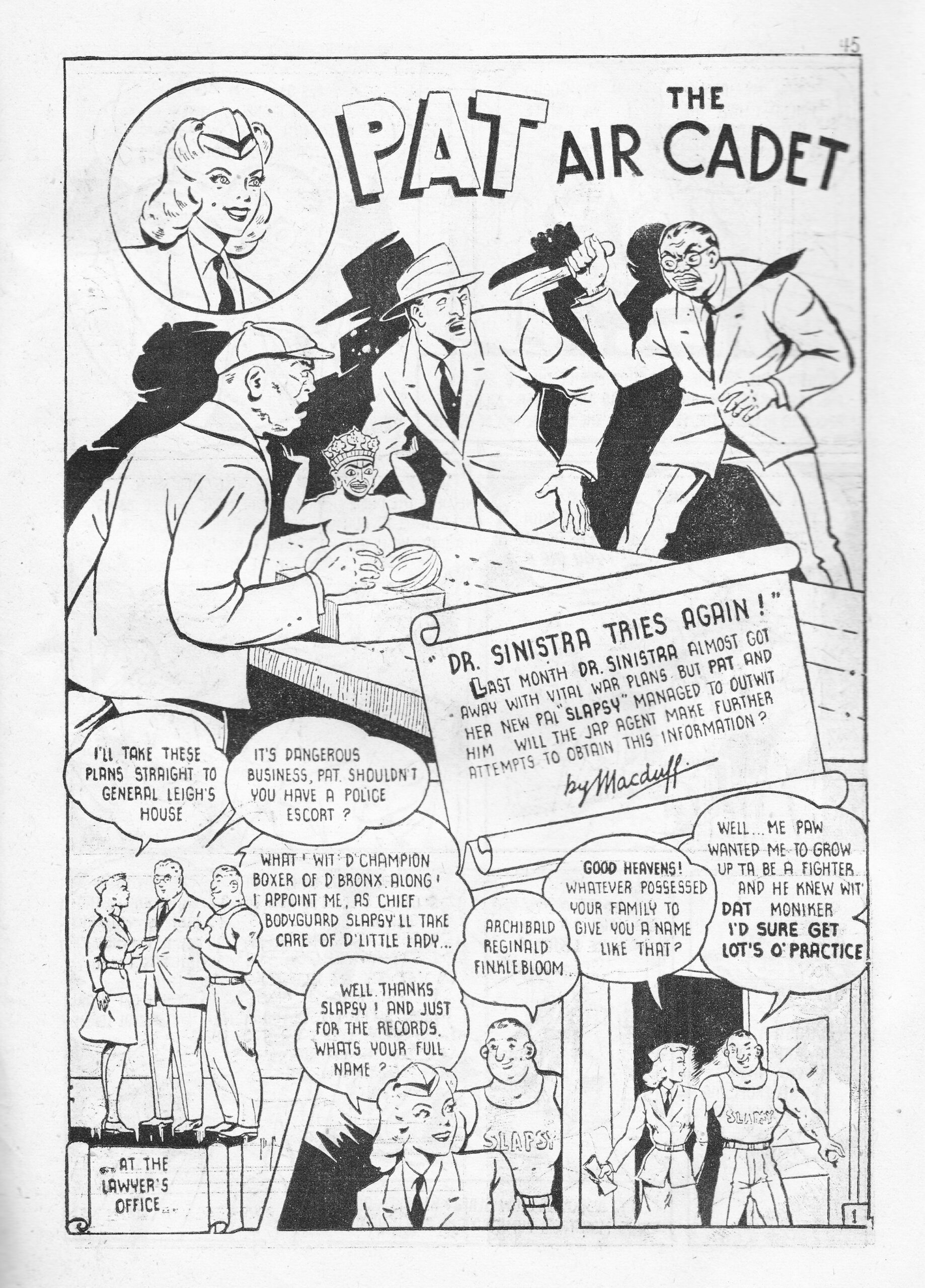 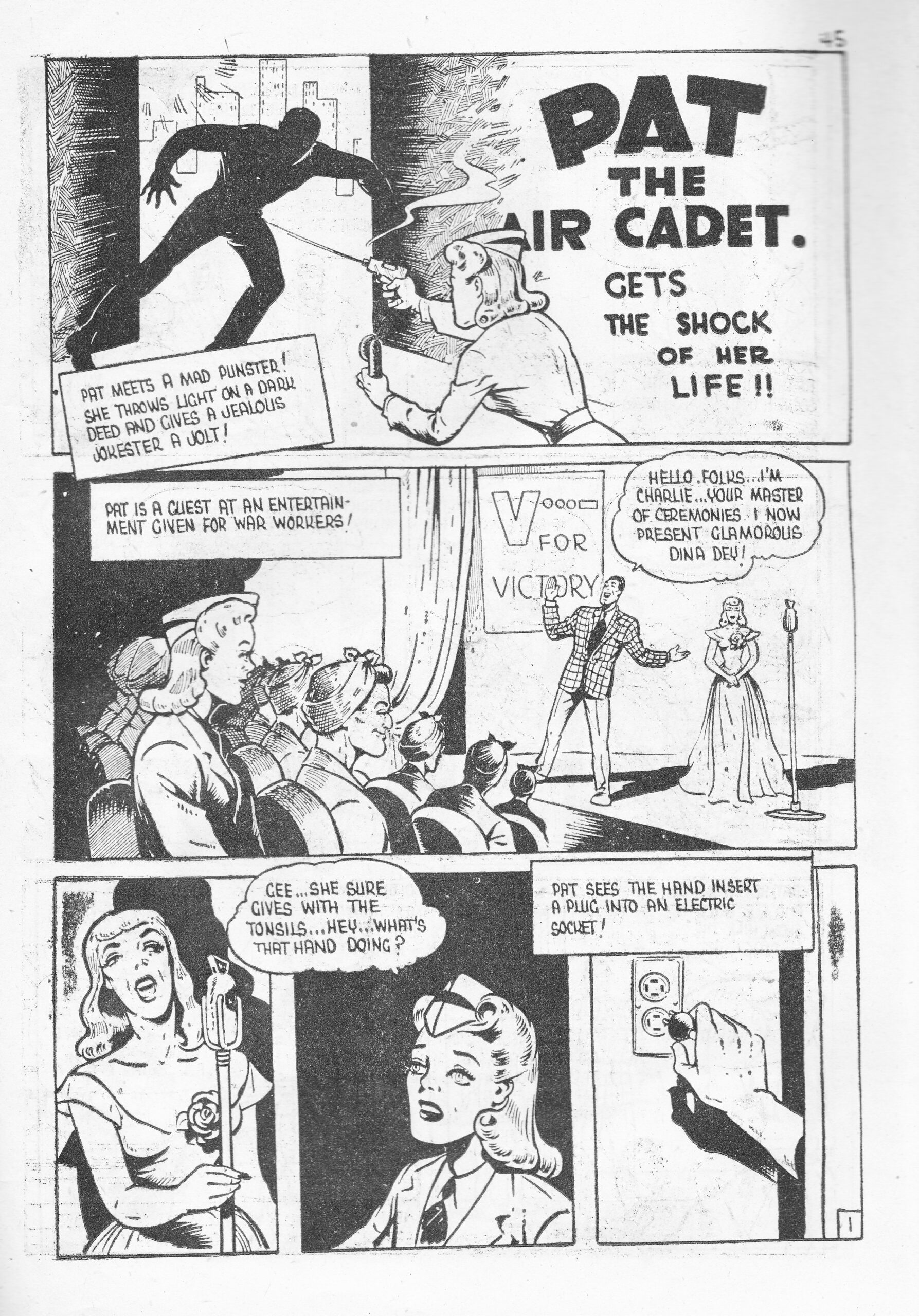 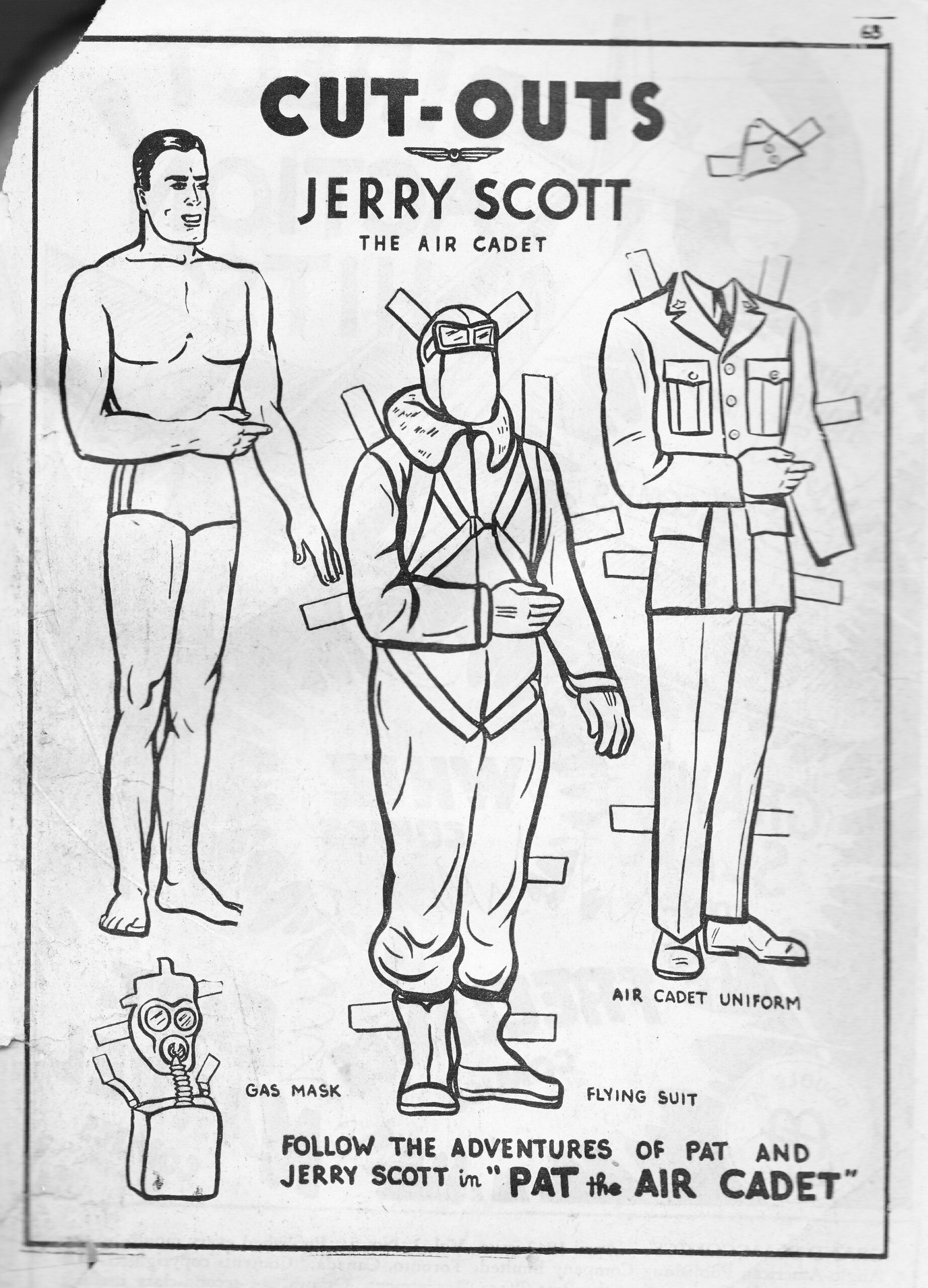