In 2006, he and his family moved to Ontario. He now lives in Kingston, Ontario.

He illustrated a page length cartoon serial called “The Walrus Presents” written by Jason Sherman. It appeared on the last page of the Walrus magazine from about the beginning of 2009 till December 2012. He also drew a weekly cartoon for the British Columbia section of the Globe and Mail. Internationally, he was a frequent contributor The Guardian [U.K.], a weekly contributor to The Times Educational Supplement, and his work often appeared in Nature magazine. He has also illustrated children’s magazines. 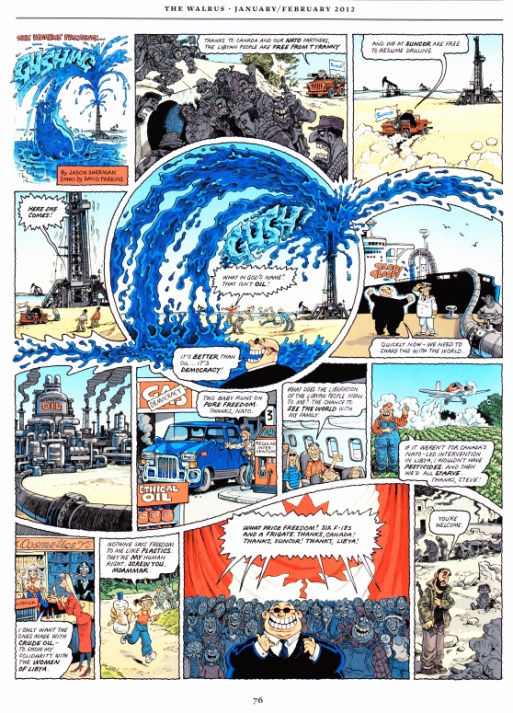