OUT OF THE WOODS

A funny animal cartoon created by René Kulbach, this was another feature that disappeared as soon as Triumph Adventure Comics transferred to Bell Features after the demise of Hillborough Studio. However, it re-emerged as a colour feature in Super Duper Comics published by F.E. Howard Publications in 1947. 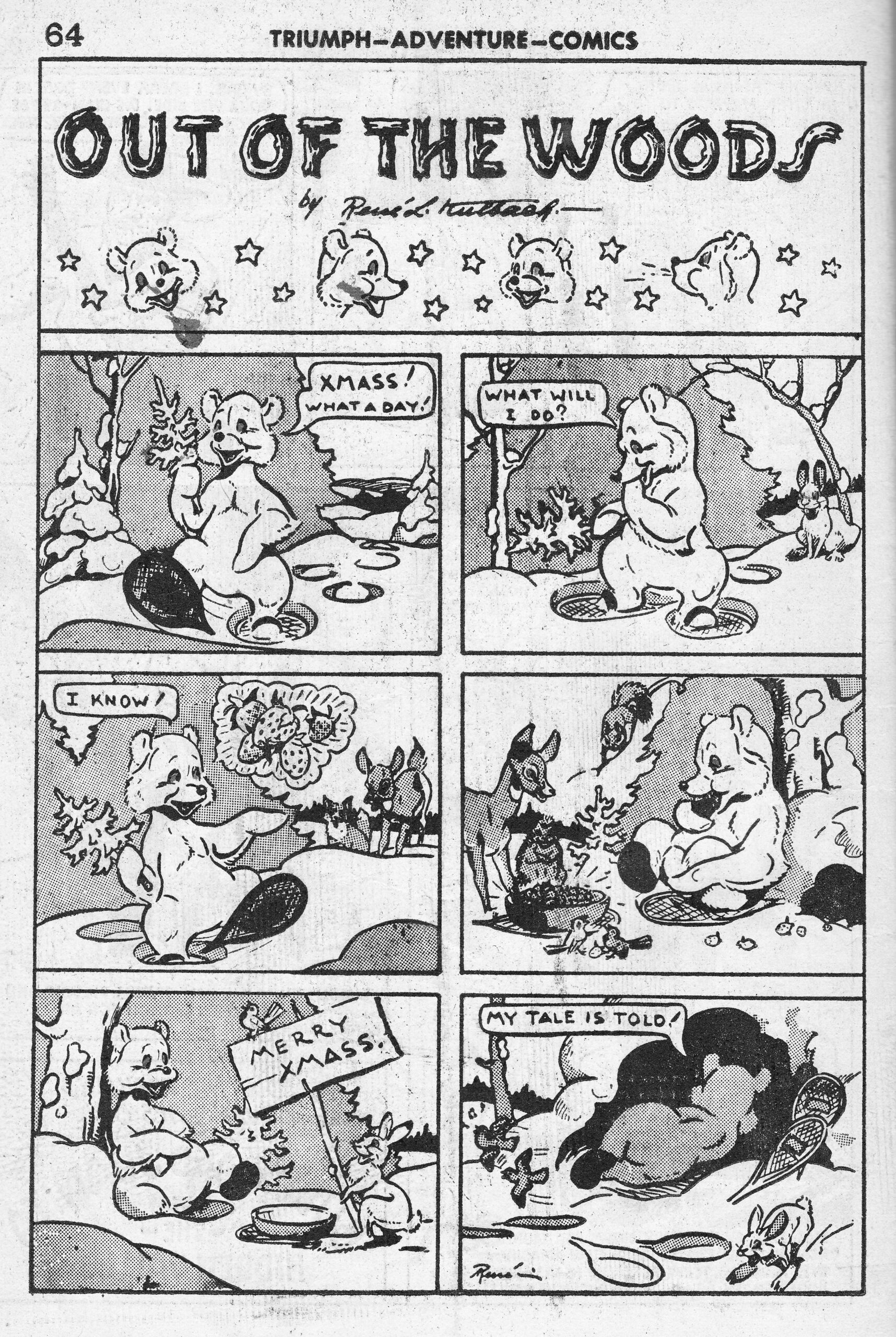 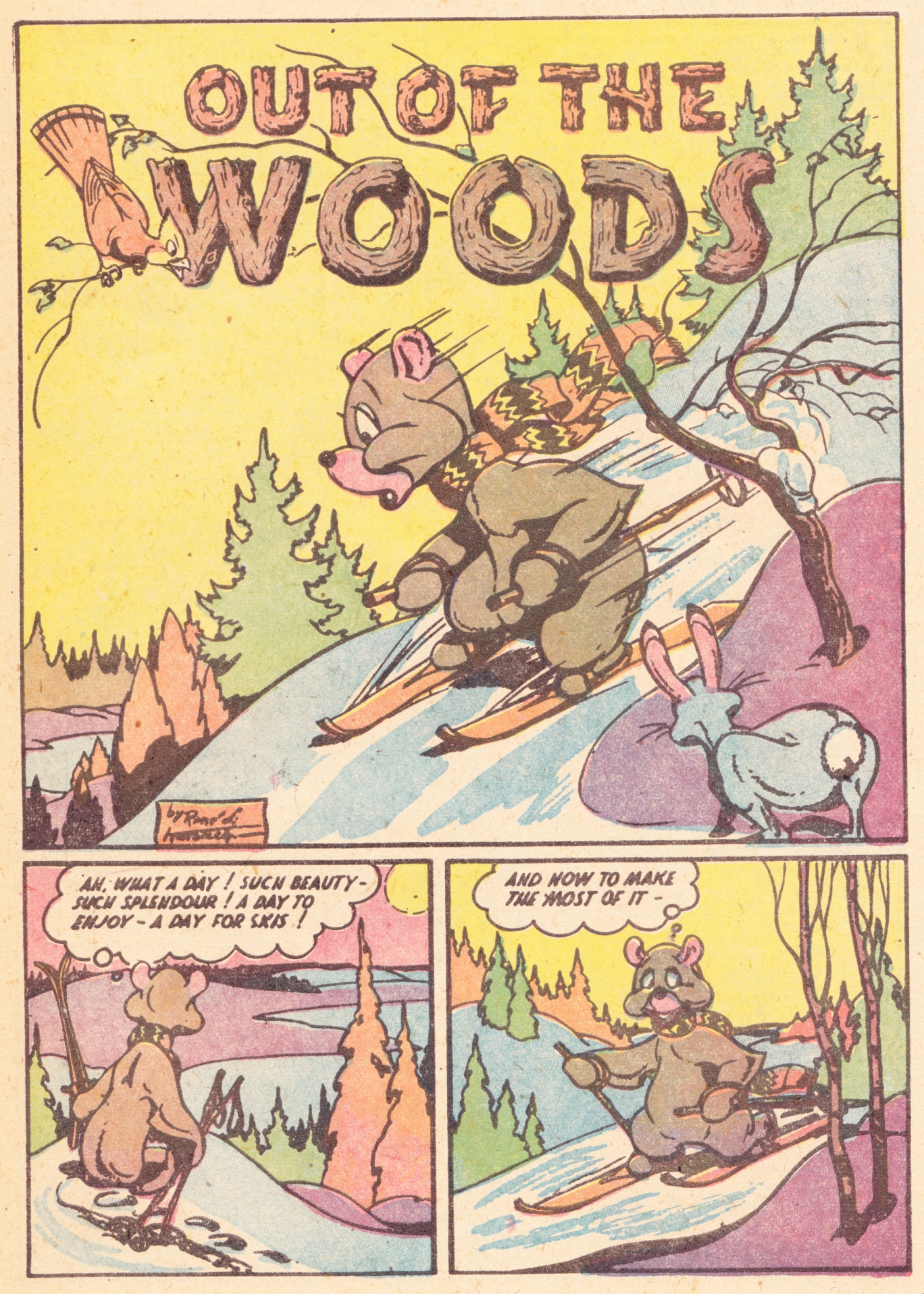