Fred a long time comic book collector, and B.A. graduate from York University decided during the black and white boom that he wanted to publish his story idea “Synthetic Warrior”. He solicited two 15 year old boys George Todorovski to do the pencils and Chris Turner to do the inks and lettering. The first issue was successful enough for Fred to publish a second, although not without problems as in the second issue Fred apologizes for the “Sloppy”* word balloons and misspelling in the first. With completion of the second issue both George and Chris left and were replaced by Kyu Shim and Scott Wylie for the third in 1988. By this time the black and white boom was over and issue 3 was the last of this series.

After about two years Night-Realm resurfaced with a new title “Nathan Impaler: Monster Hunter”. In addition to the collapse of the black and white market, Fred blamed “… lousy artists and a lack of advertisements …”** for the failure of his first publishing effort. It is evident that the illustrations in Synthetic Assassin show the work of artists at the very beginning of their experience in the field. He vowed to do things differently by employing professional artists like Ron Kasman, and Kent Burles to do covers. He hired new artists like Dave Baggley, Scott Cooper and Yan Rozentsveig who was associated with Tick Tock Tom. The work in 1990’s issues showed more competence but is still the work of artists in an early stage of development.

After another one to two year hiatus, there appeared in 1995 two publications, American Annihilator, and Blood Masters. Both lasted only one issue each. A last effort Scenturus lasted for two issues. With the demise of this periodical Night-Realm Publications vanished from the scene.

“Synthetic Assassin” was in the thriller/espionage genre with a human hero who had extra strength from mechanical implants much like the hero of the TV series The Six Million Dollar Man. The first story was a hostage episode. It included along with the next issue a second mysterious hero called “Dragon-Fire”. The last issue introduced a Russian mutant villain called “Boyevaya” who was planned to be an ongoing character in future issues. The character “Synthetic Assassin” re-emerged as a secondary character fighting the primary character “American Assassin” in the periodical of the same name. At the end of this fight “American Assassin” is revealed to be connected to Nathan Impaler” who was also resurrected. At the end of American Assassin there was a promise of an up-coming fight with vampires, but since no further issues of American Assassin appear, we never know where this hint was going. Nathan Impaler, and Blood Masters both centered around fights with vampires and werewolves. Scenturus had a female centaur as the heroine helping an all-female group of warriors fighting a monster spider. 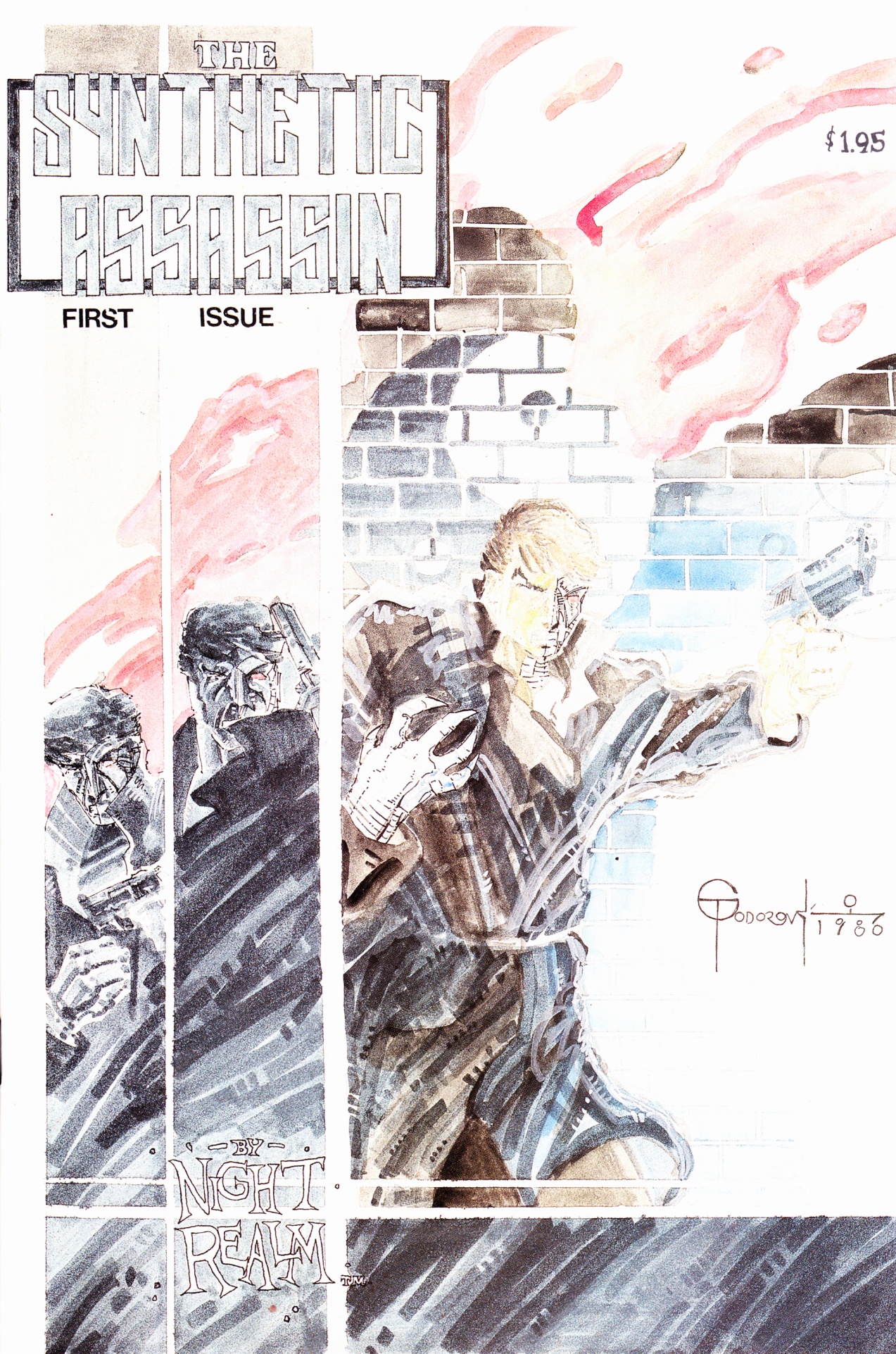 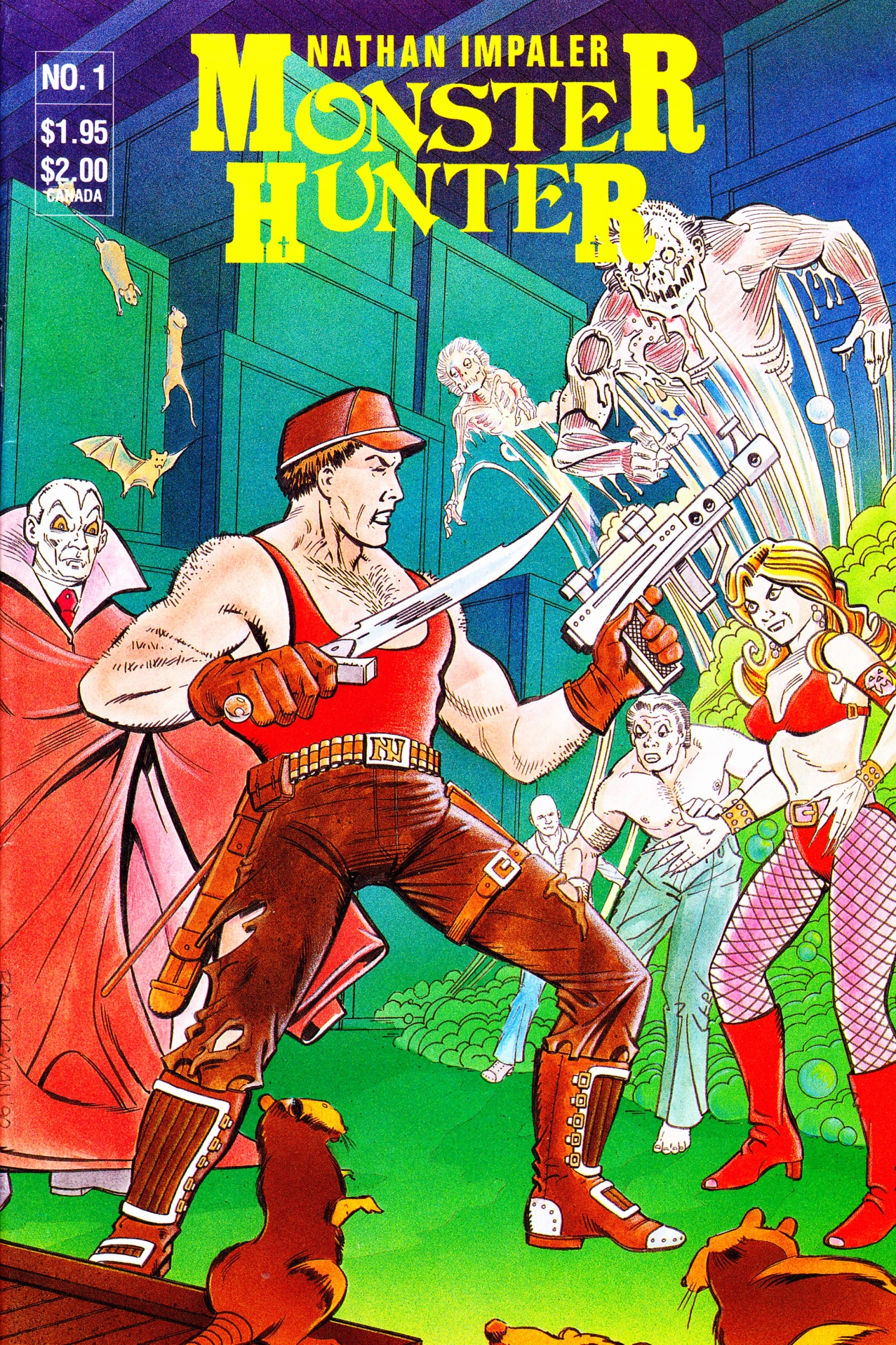 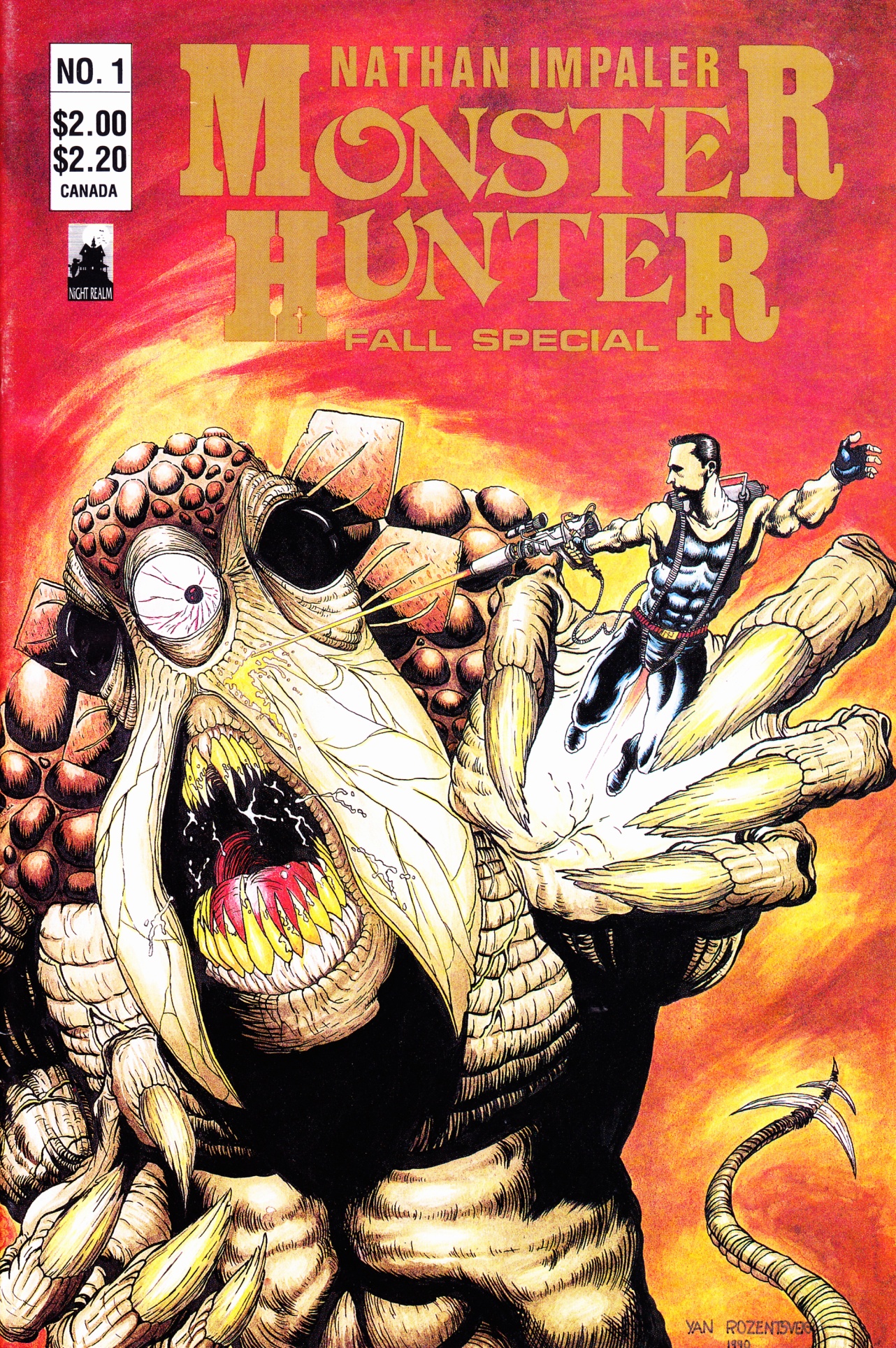 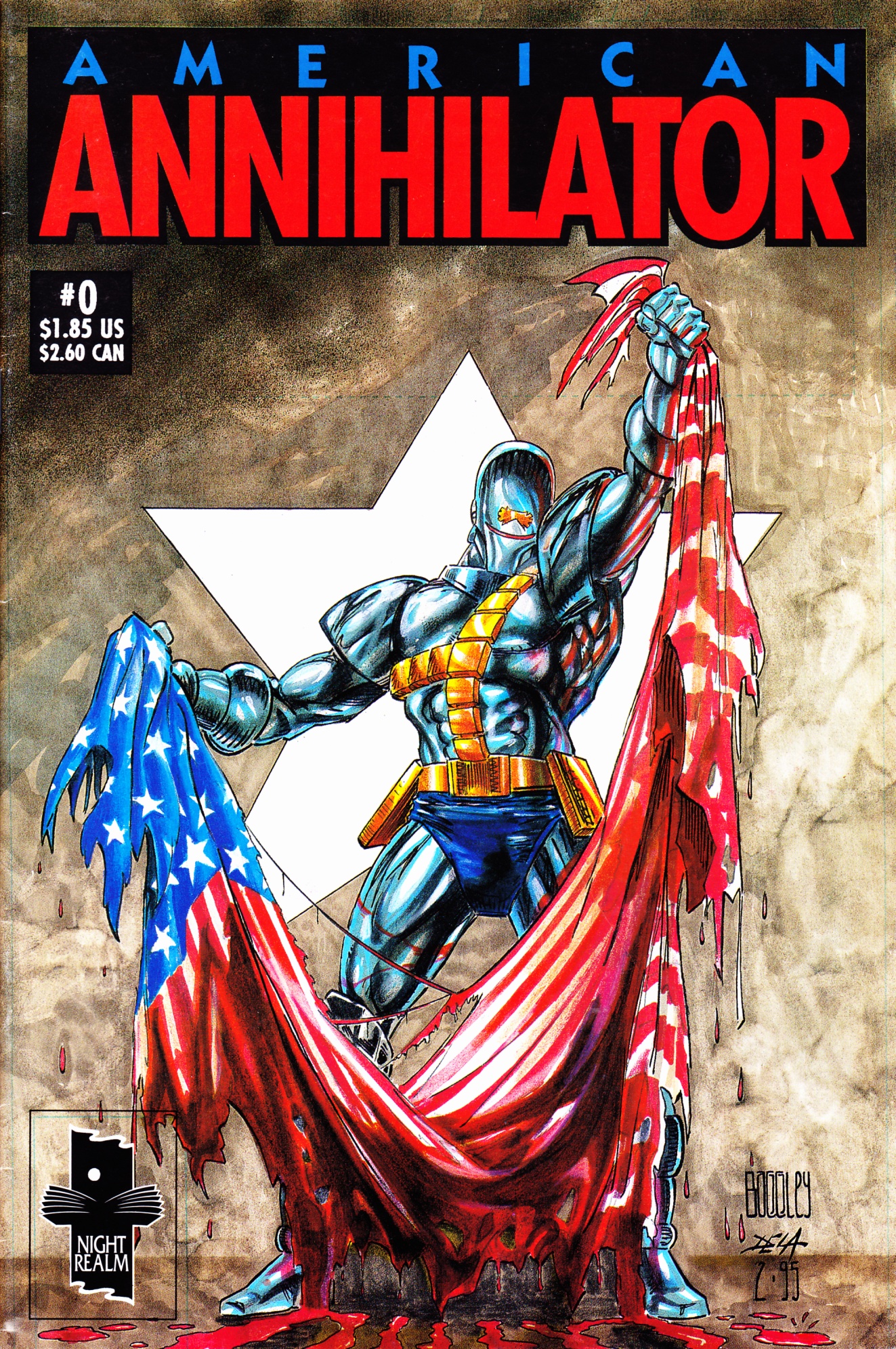 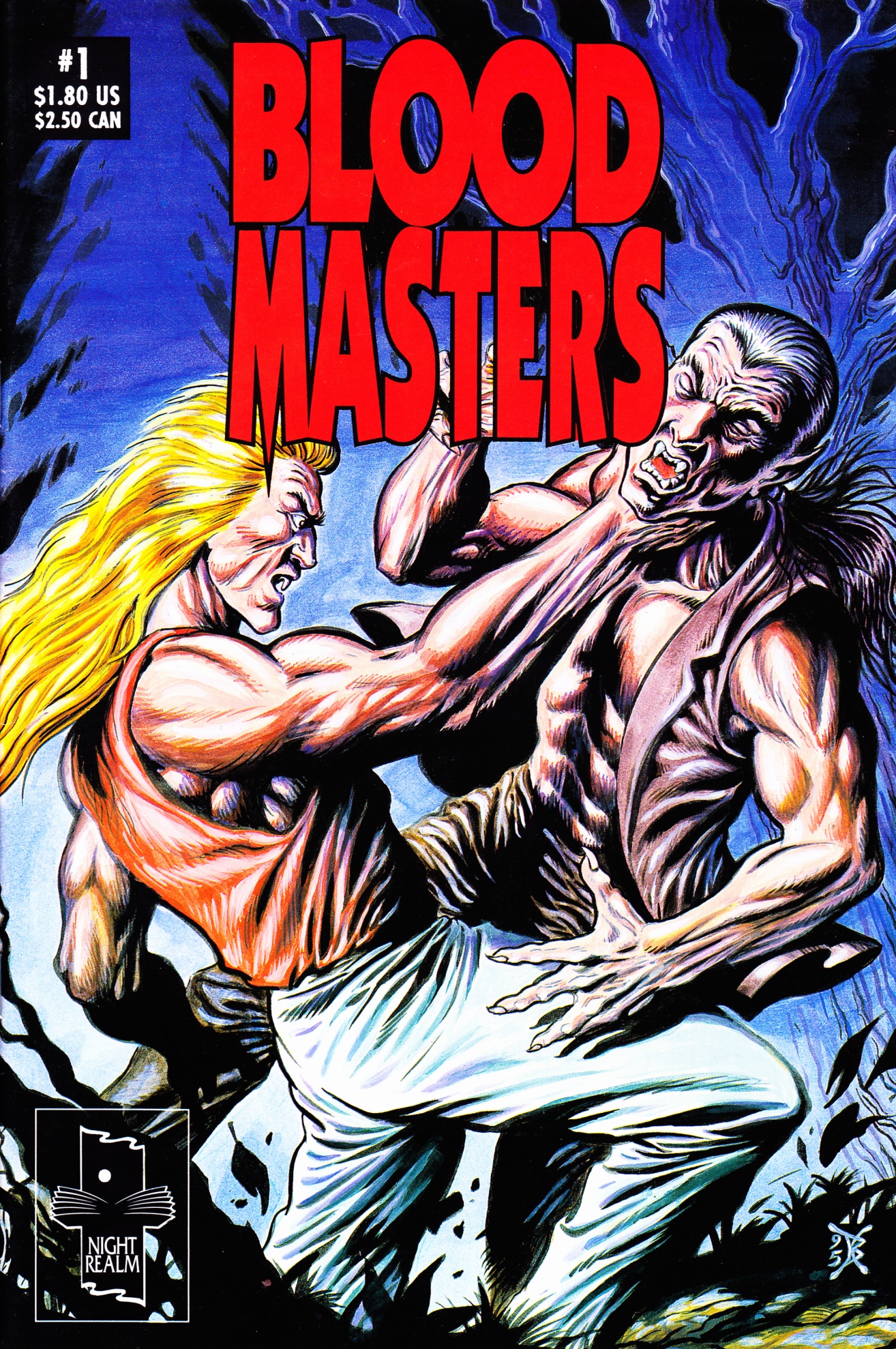 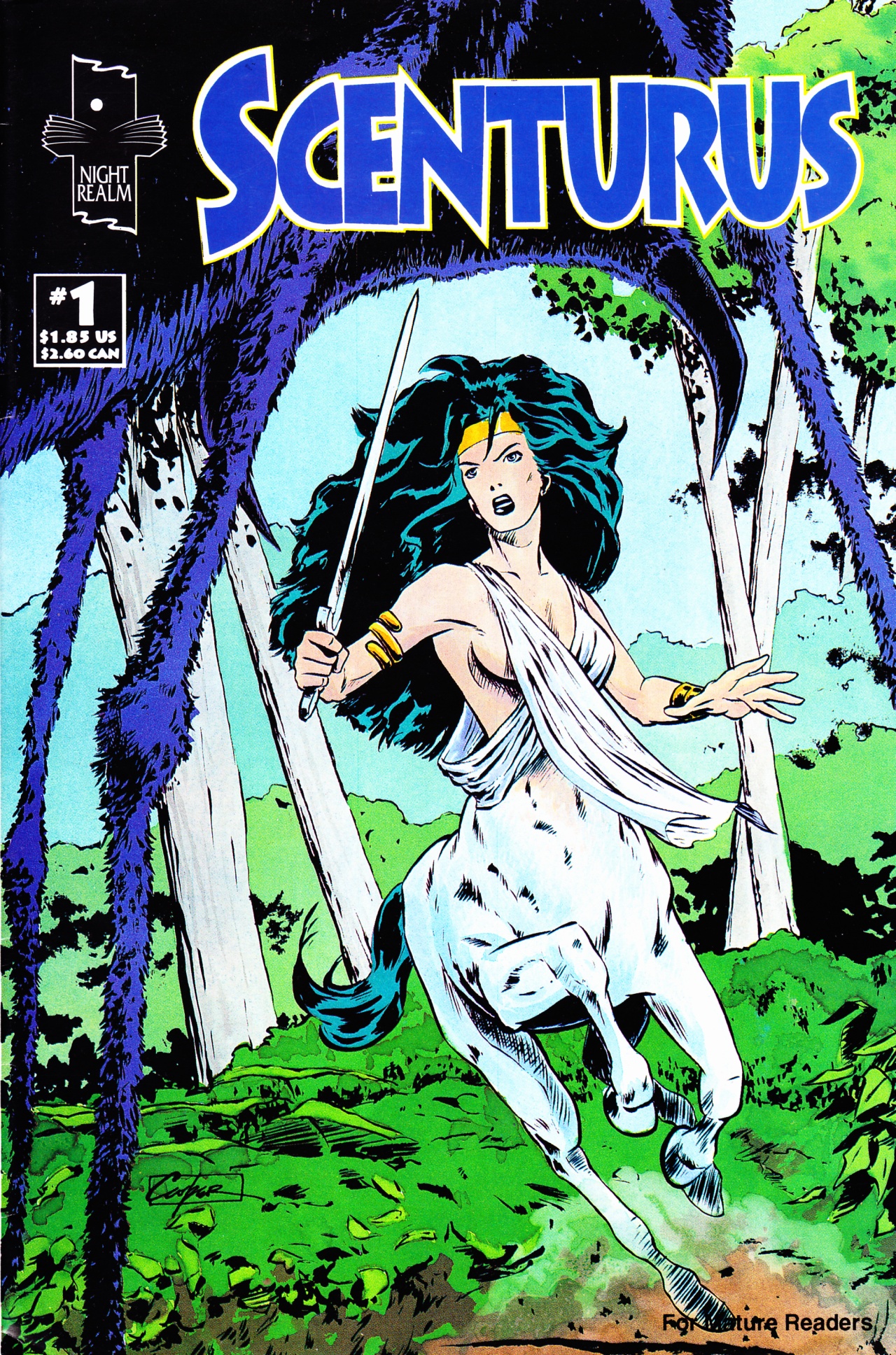