“Nestlings”, conceived by Warren Clements first appeared July 1975, as a fifteen panel strip in the magazine Gaslight published by Clements. Over time the fifteen panels were reduced to four. Clements offered the strip to the Globe and Mail in 1979. Editor-in chief Richard J. Doyle and Managing Editor Ted Moser accepted the strip for a month trial and the strip appeared in the paper Sept. 14, 1979.

The birds of the strip consist of pump bespectacled “Theodore”, the intellectual of the group. Not very good at catching worms, he has to buy them from the worm shop. Athletic “Fletcher” is the one with hair. He is an extrovert and non-intellectual. The lovelorn Robin pines for the unseen “Cute Chickadee” but is on intimate terms with the worms whom he refuses to eat. The nameless, look alike worms are also major characters in the strip sometimes replacing the birds altogether.

The strip was published till 1986 when Clements retired it due to the workload resulting from his writing and editing duties at the Globe and Mail. He revived the strip in 1990 to supplement a four times a week strip. Then in 1993, Phillip Street’s “Fisher” took over the four day slot and Clements retired “Nestlings” again, allowing “Fisher” to expand to six days.

In the 21st century, the “Nestlings” enjoyed a brief revival – the worms singing Christmas Carols appeared in the Globe and Mail December 24, 2009. 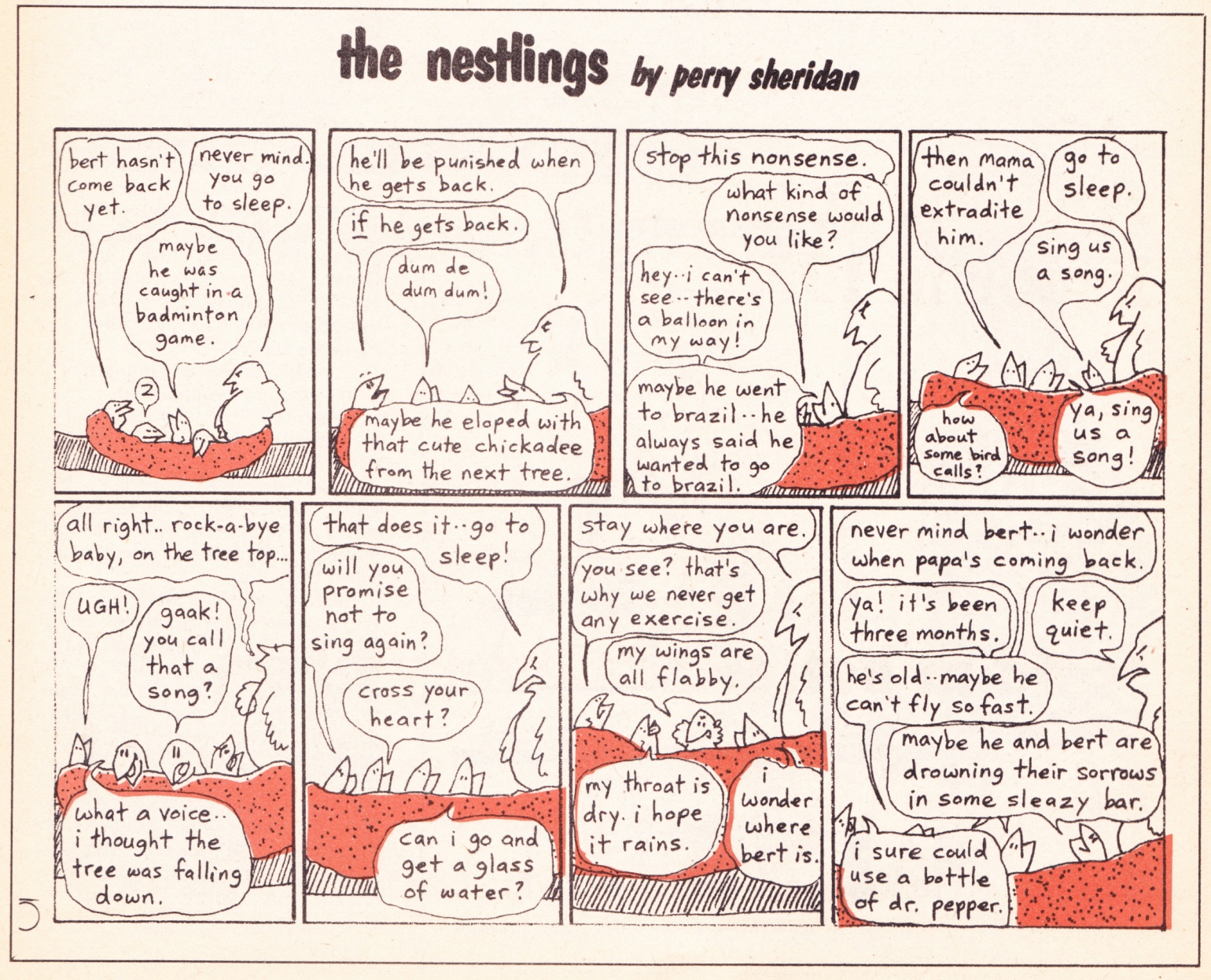 An early version of “Nestlings” that appeared in Gaslight 4, Dec. 1975: 25. At that time Warren Clements was using the pseudonym “perry sheridan”.