“Once they called it Radiant City, a vast and beautiful metropolis  designed to fulfill the grandest aesthetic and architectural ideals.  Now it molders in dilapidation, its citizens afflicted with sleep  disorders, opium addiction and a surfeit of perversions. Stranded in Somnopolis is the mysterious Mr. X. His past shrouded in mystery, he makes his meager living as a private investigator. While probing other people’s darkest secrets, he must protect his own ….

Created and written by Dean Motter who was also its cover artist and art director Mister X vol. 1, no 1, June 1984. It was published in bimonthly magazine format by Vortex Comics Inc. Mister X was available throughout the North American and British markets with responses coming from Australia, New Zealand, Germany, Sweden, Tokyo and Brazil. It was translated into at least three languages. It continued to volume 2, number 13 July 1991 by which time the original creative team had left and the original concept had disappeared.

Mister X reflected Motter’s interest in the future as envisioned in 1935. Radiant City an art deco city was designed by its architect as a Utopian community but something went wrong and people living there became plagued with sleep disorders. Suicides became rampant. Mister X was himself addicted to a substance that kept him awake forever. Mister X himself first appeared on a jacket that Motter had designed for Patrick Crowley’s Megatron Man record album.

“That was Mr. X’s first visualization, I had done this illustration, just a mysterious character sitting in front of this art deco window, a big art deco skyscraper in the background, a kind of combination of Metropolis and Nosferatu … a whole bunch of subliminal influences went into this piece.”

The first four issues were gathered together in a graphic novel format The Return of Mister X which was published in limited hardcover, hardcover and paperback editions.

The Return of Mr. X. Graphitti Designs 1986. This book limited to 1500 copies collects the first for issues of Mister X plus preparatory sketches and a print by Dean Motter. For creator information see the Mister X issues below. 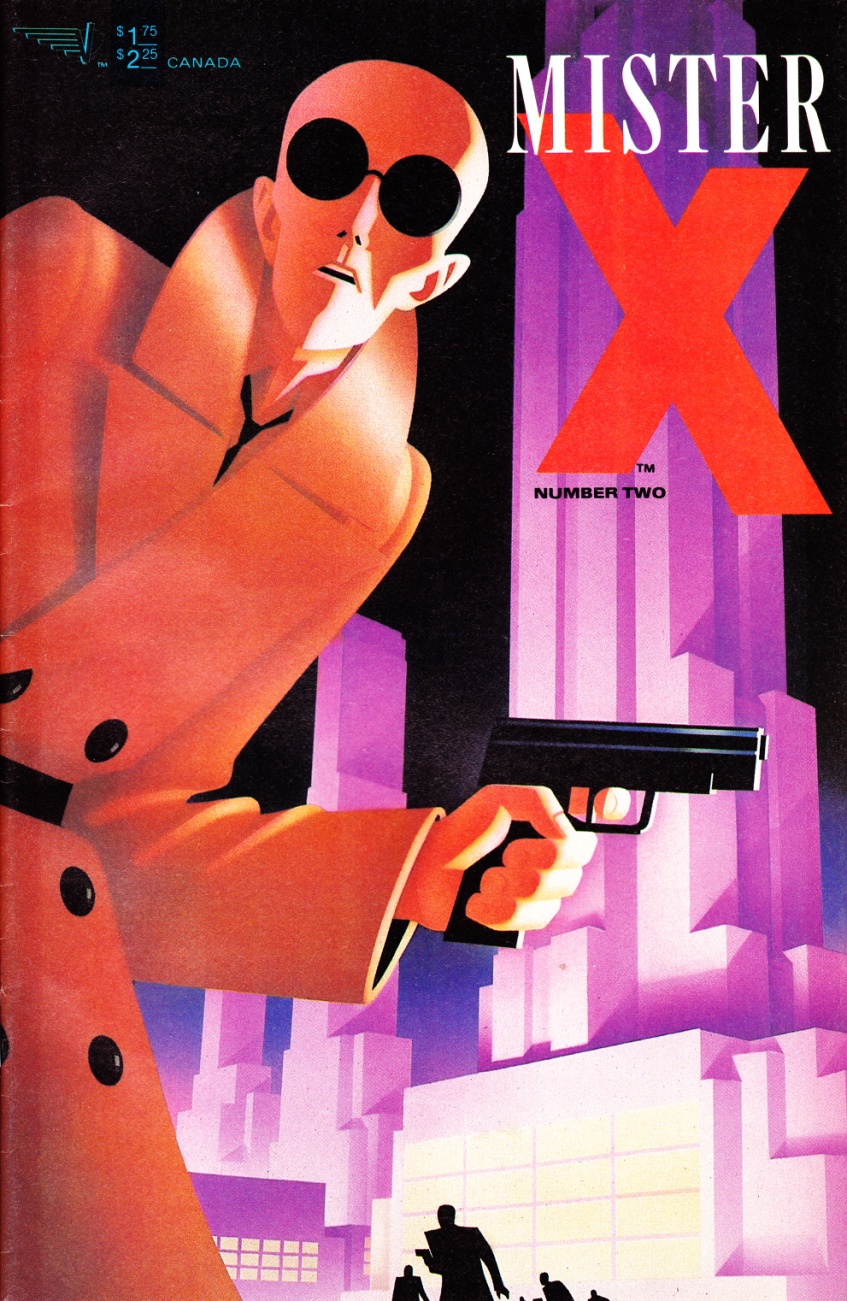 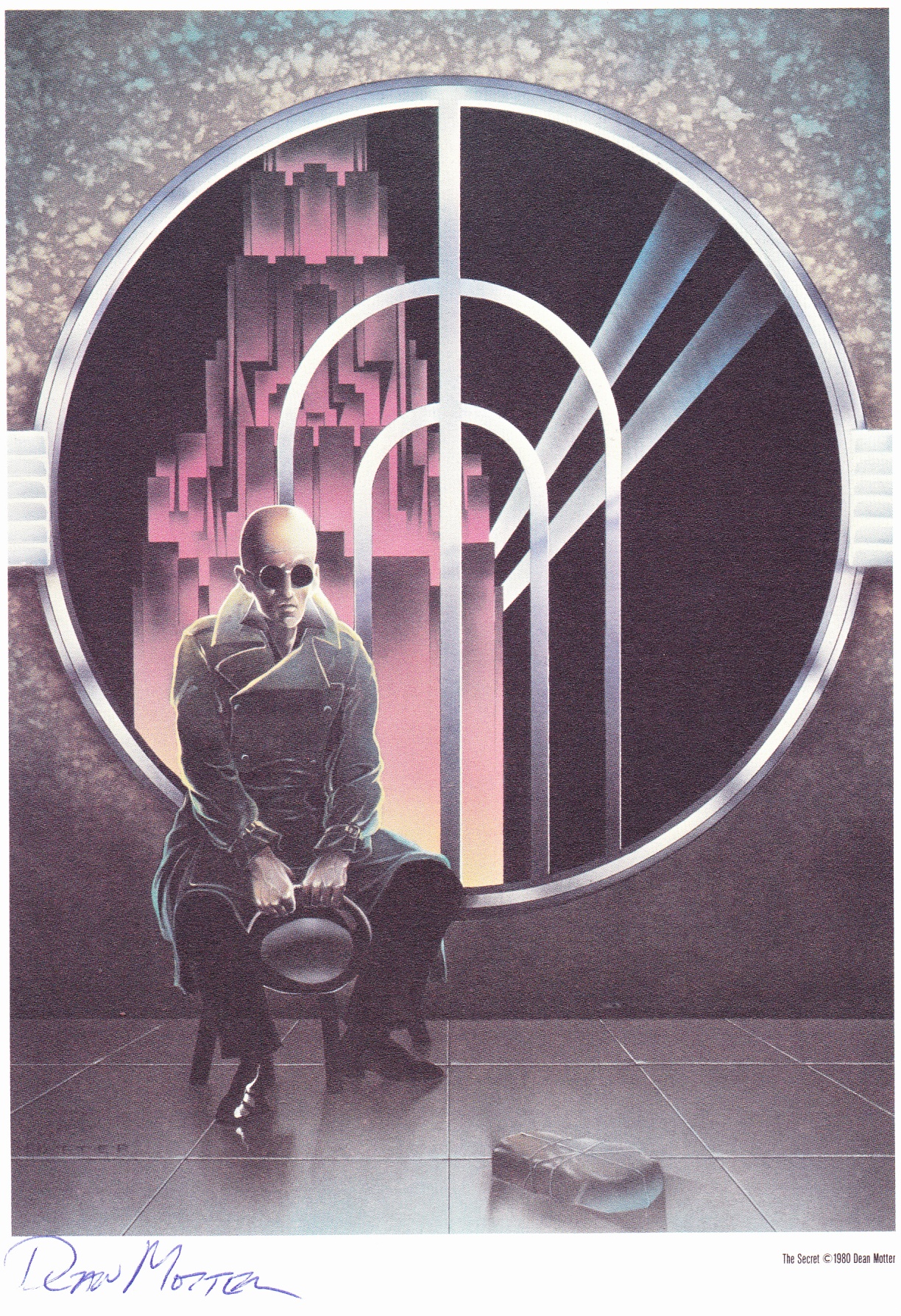 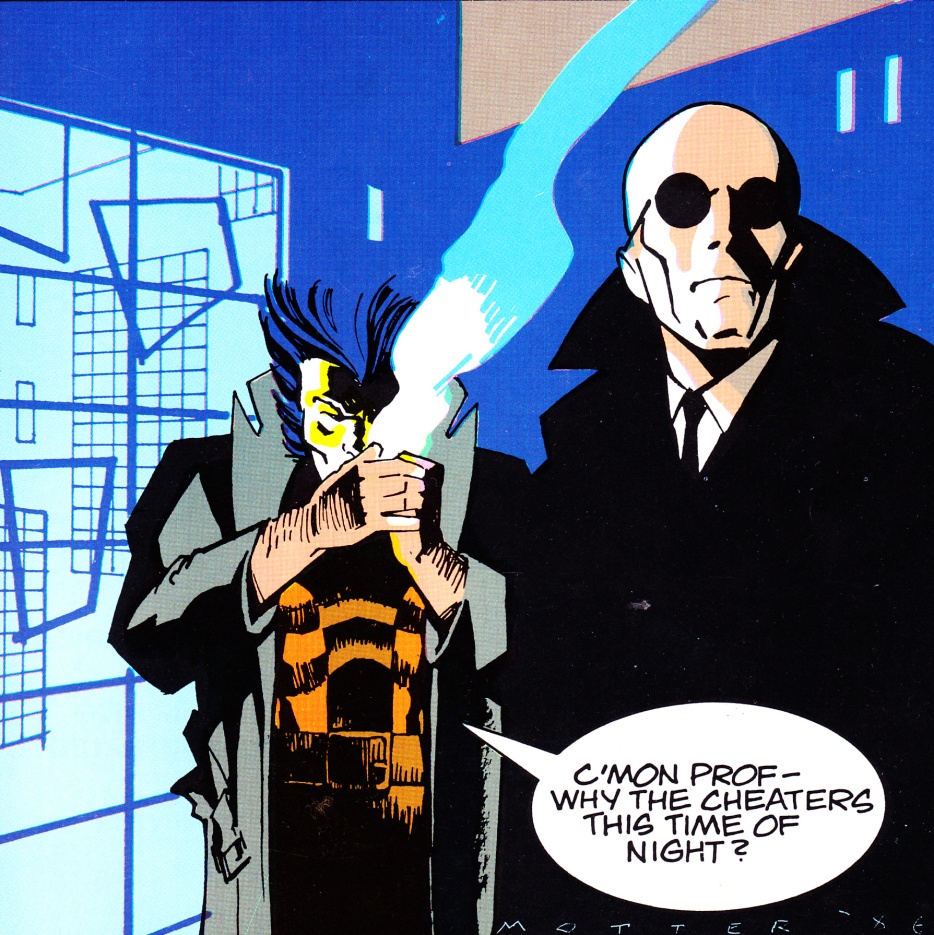