This character which appeared in early 3 Aces Comics was created by Jack Calder under the pseudonym Jay McKellar. It is likely he wrote it as well but given the early date of the publication and the competence of the work it is reasonable to assume that the illustrator was Les Gilpin who was also Calder’s partner on “Sooper Dooper”.

“Duncan McLean” was s introduced as a partner in “Adventure in Cyrenecia” 3 Aces Comics, 1-8, September 1942, but this partnership was short lived. Between issues 1-9 and 2-1 “Michael Lee British Secret Service” was replaced by Fawcett Publications characters “Bulletman and Bulletgirl”. 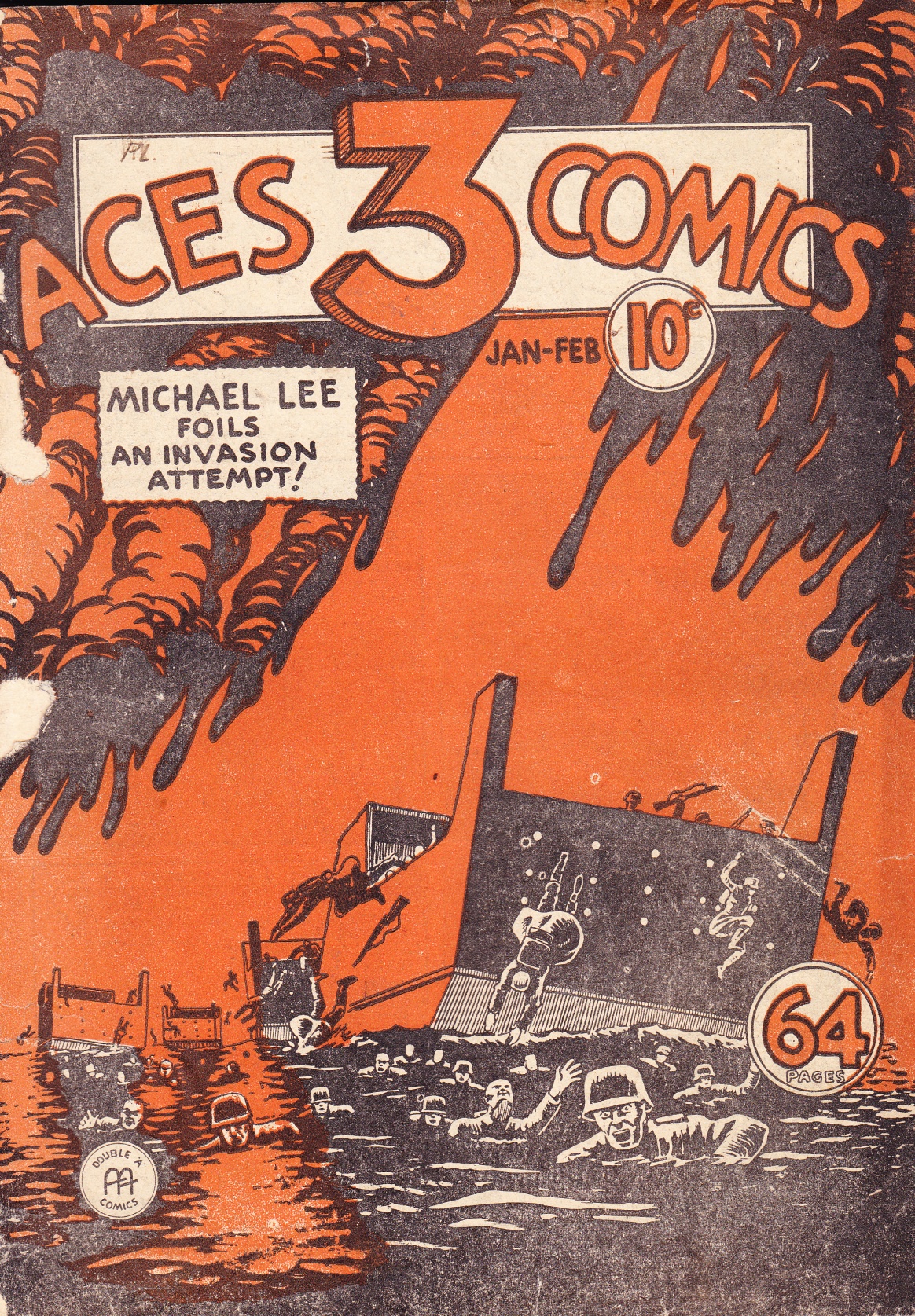 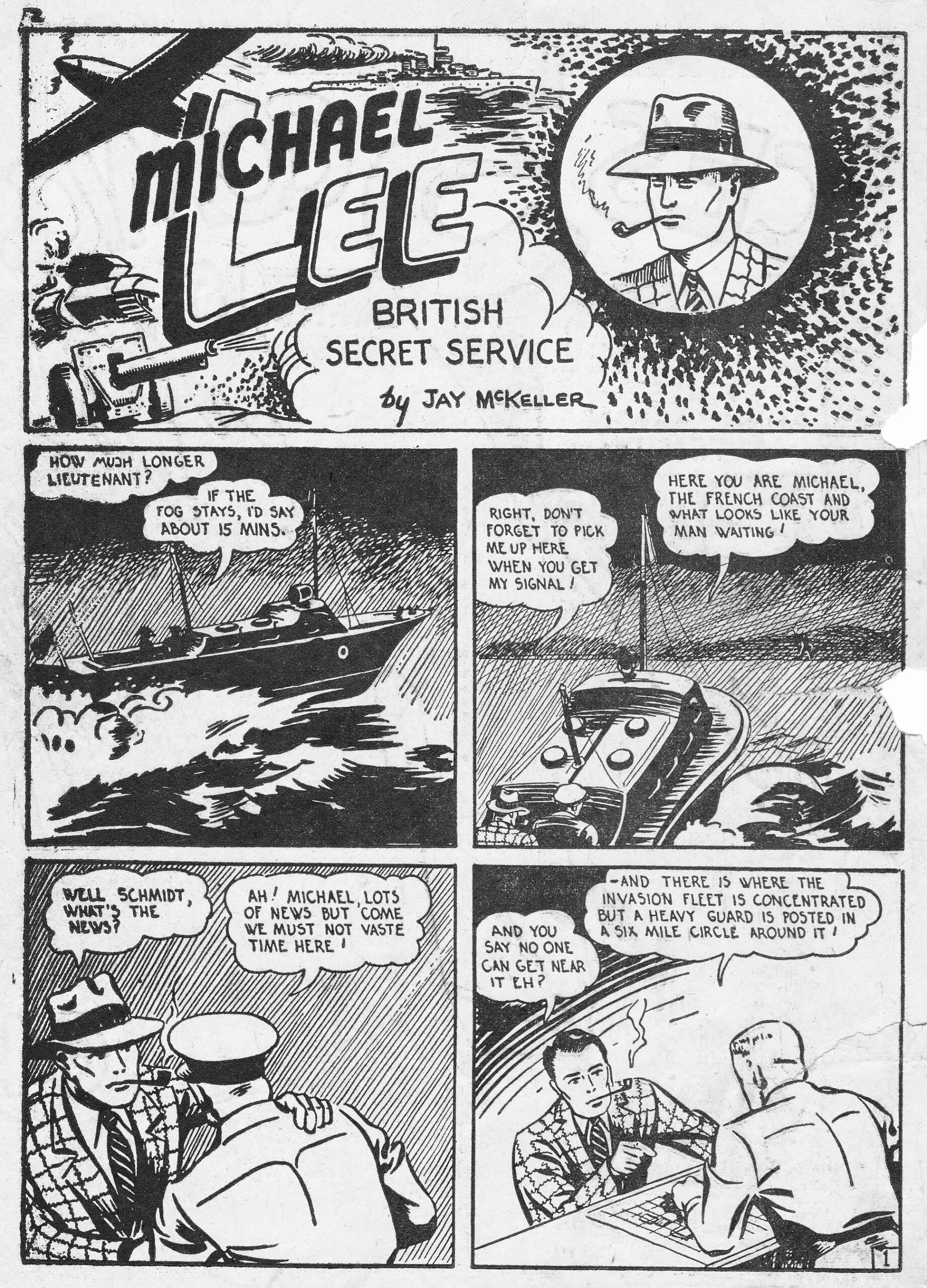 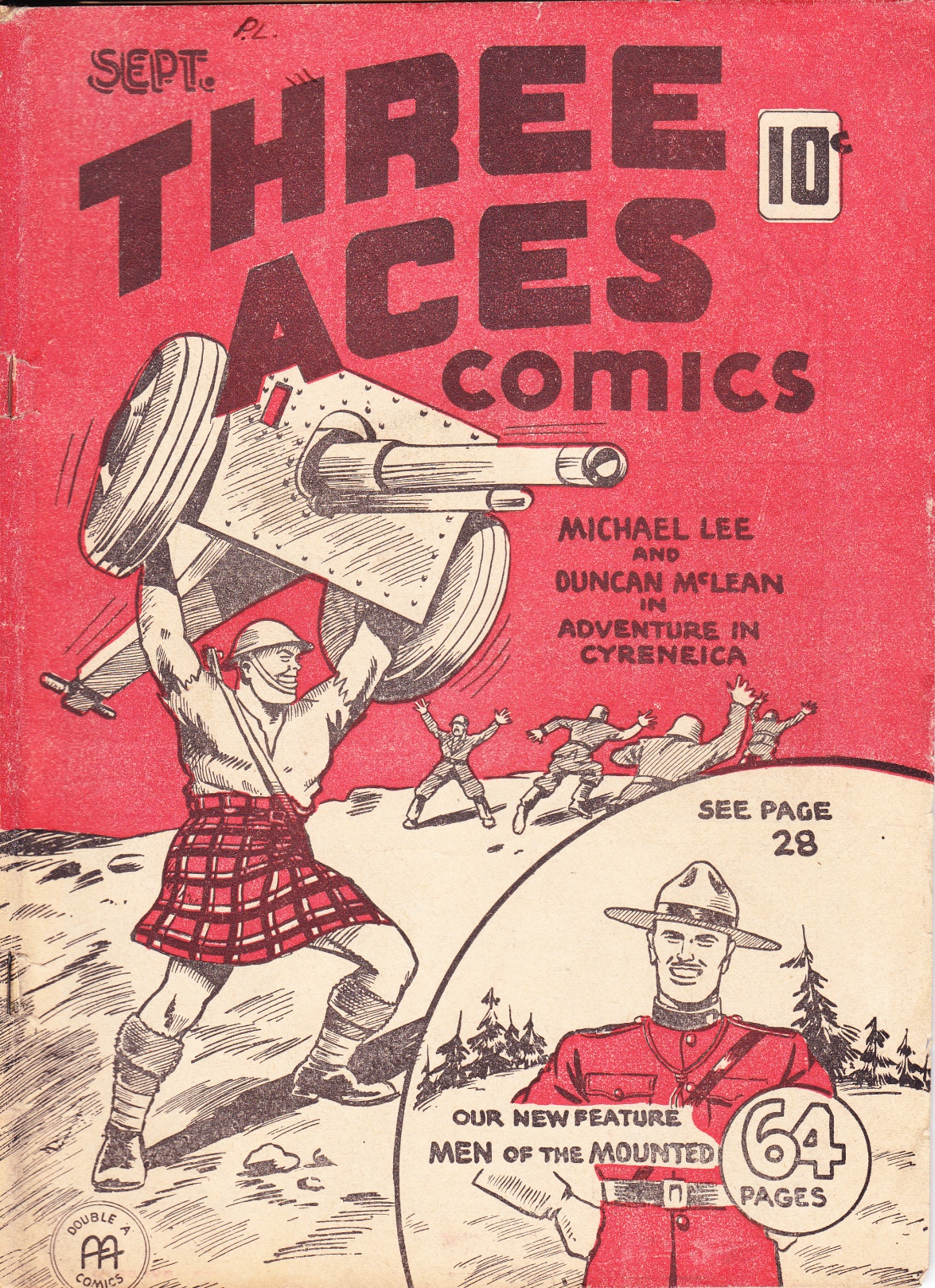