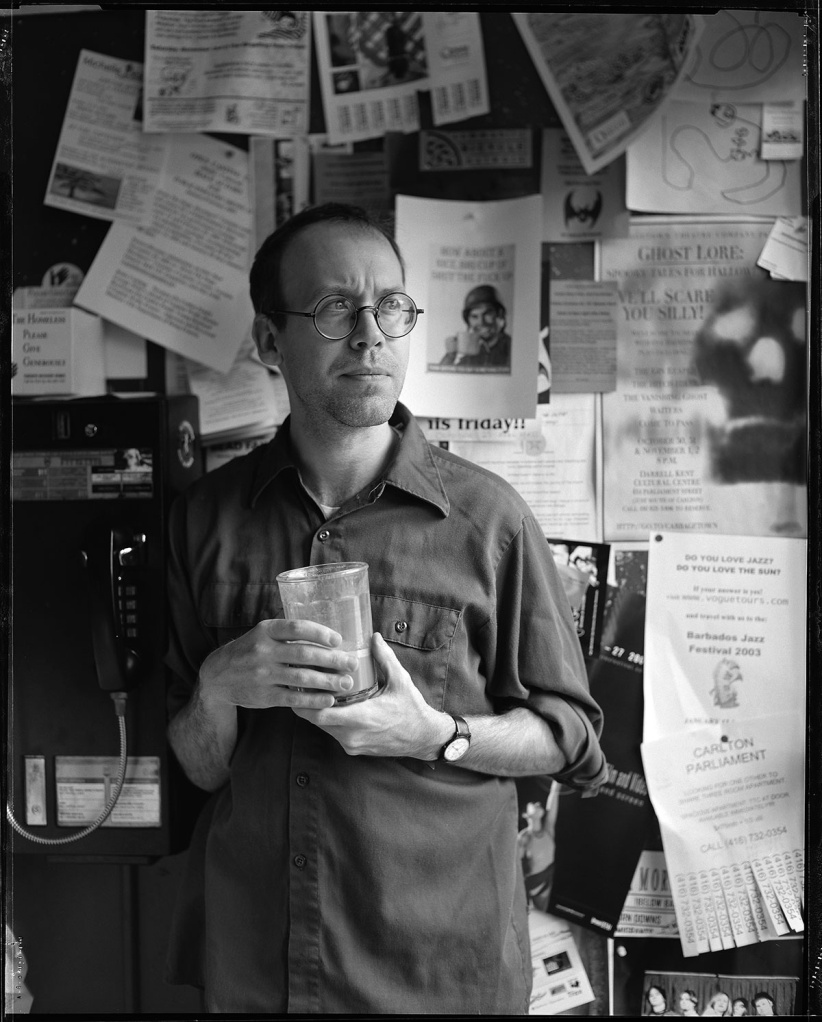 U.S. born and raised, in 1993 he was a Toronto based cartoonist creating a cartoon story based on his life for the past six years and publishing it in Peepshow. Along the Gregory Gallant (Seth) and Chester Brown two other cartoonists and close friends he formed a group who dedicated themselves to creating autobiographical cartoon stories.

Although the comic books of these three sold in small quantities per issue (3000 – 7000) They attracted mail from across North America, Europe and Asia.

While the three friends Gallant, Brown and Matt have all exploited the autobiographical vein of cartoon stories to the maximum both Gallant, Brown in 1993 were wanting to move away from it into fiction and history.

Joe moved back to the U.S. 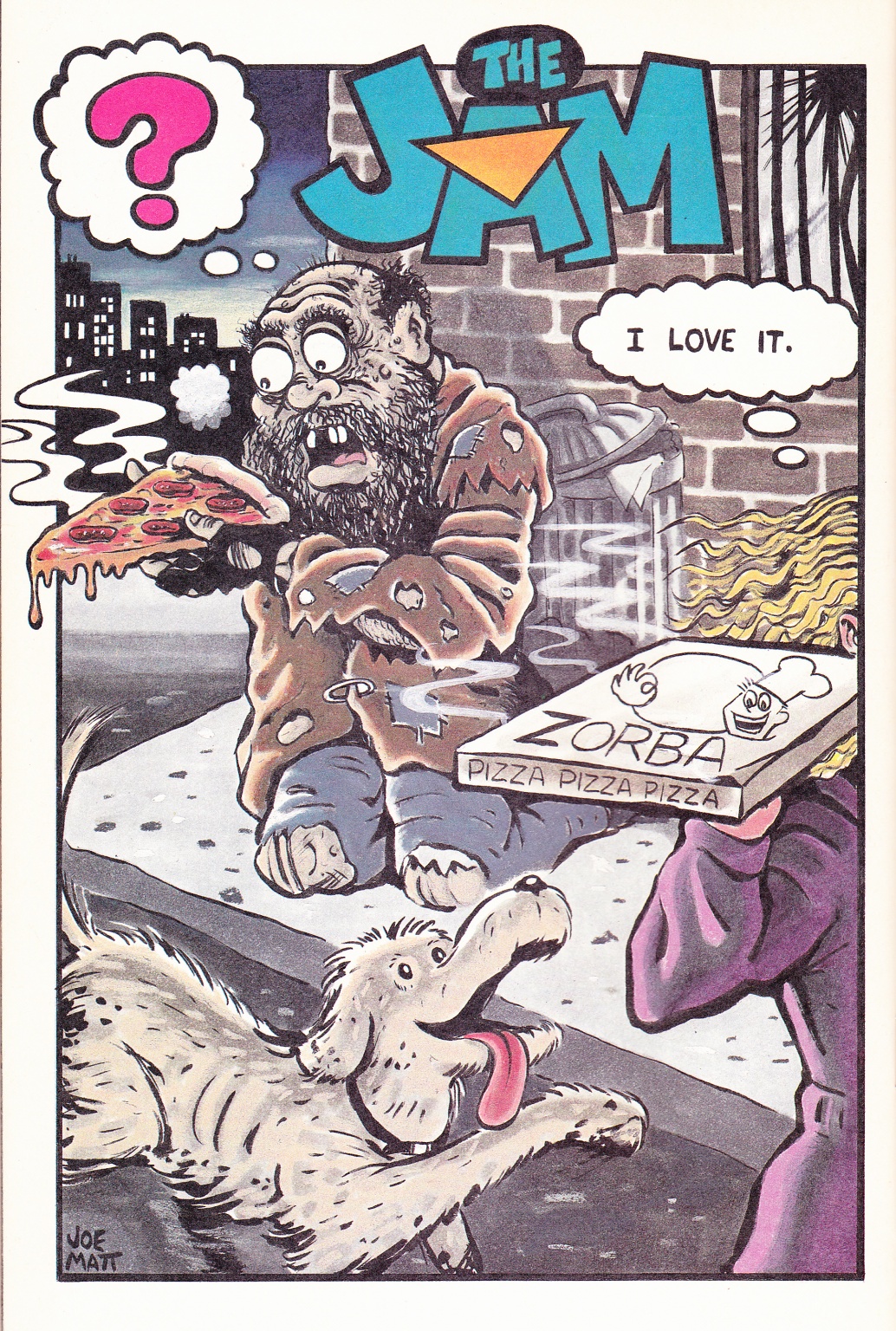 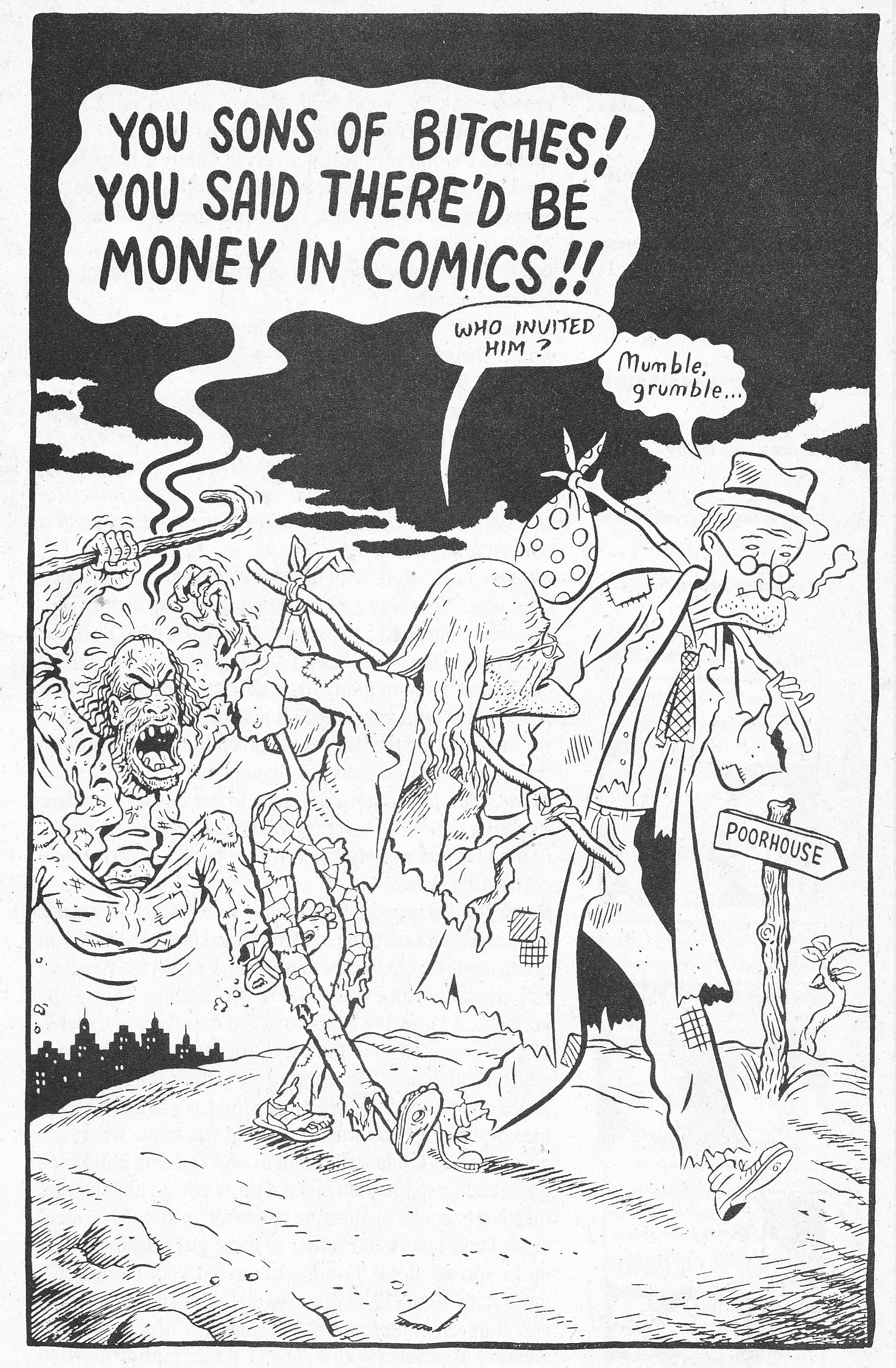 Comics Journal, 162, October 1993: 53. Left to right: Joe Matt, Chester Brown, Gregory Gallant (Seth) A jam cartoon in which each artist did a self portrait as he expected to be at “50 years down the road”. 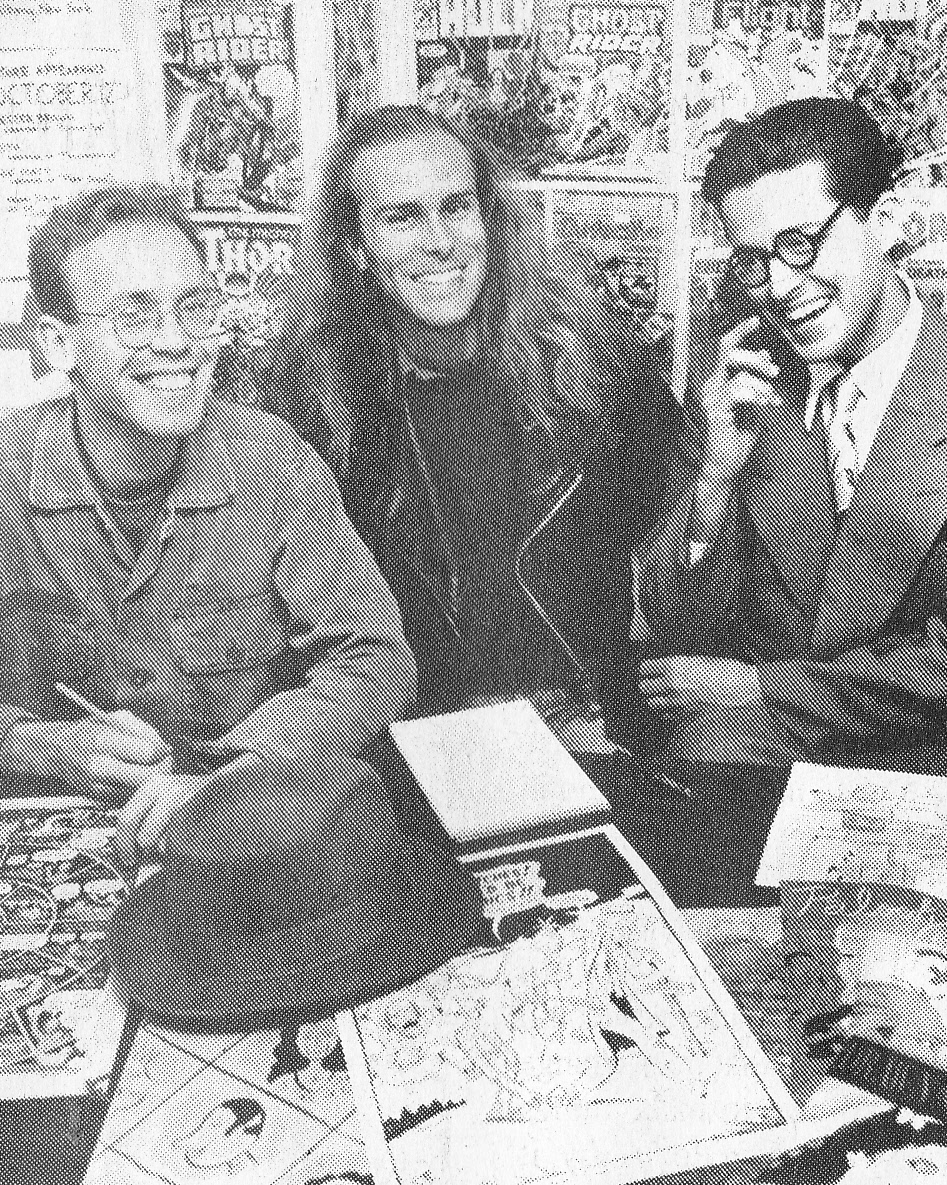