He is best known for his creation “Dishman” which was inspired by a dream he had about creating a superhero who could clean dishes. He woke up and did it. He was inspired to attempt the mini-comic format by a series of articles that appeared in the Comics Journal in the 1980’s and by Chester Brown’s artistic success in the genre. He further credits Chester Brown as extremely helpful in answering his many questions. A run for Dishman was about a thousand copies although issues 1 & 2 were more. The series ended with issue 10 in 1990 although there appears to be an intention to continue it further.

The “Dishman” stories were collected into an Eclipse publication in 1988 and “Dishman” made an appearance in Nick Craine’s The Cheese Heads in 1992. It was a collaboration in which John drew his character and Nick drew the other characters and background. 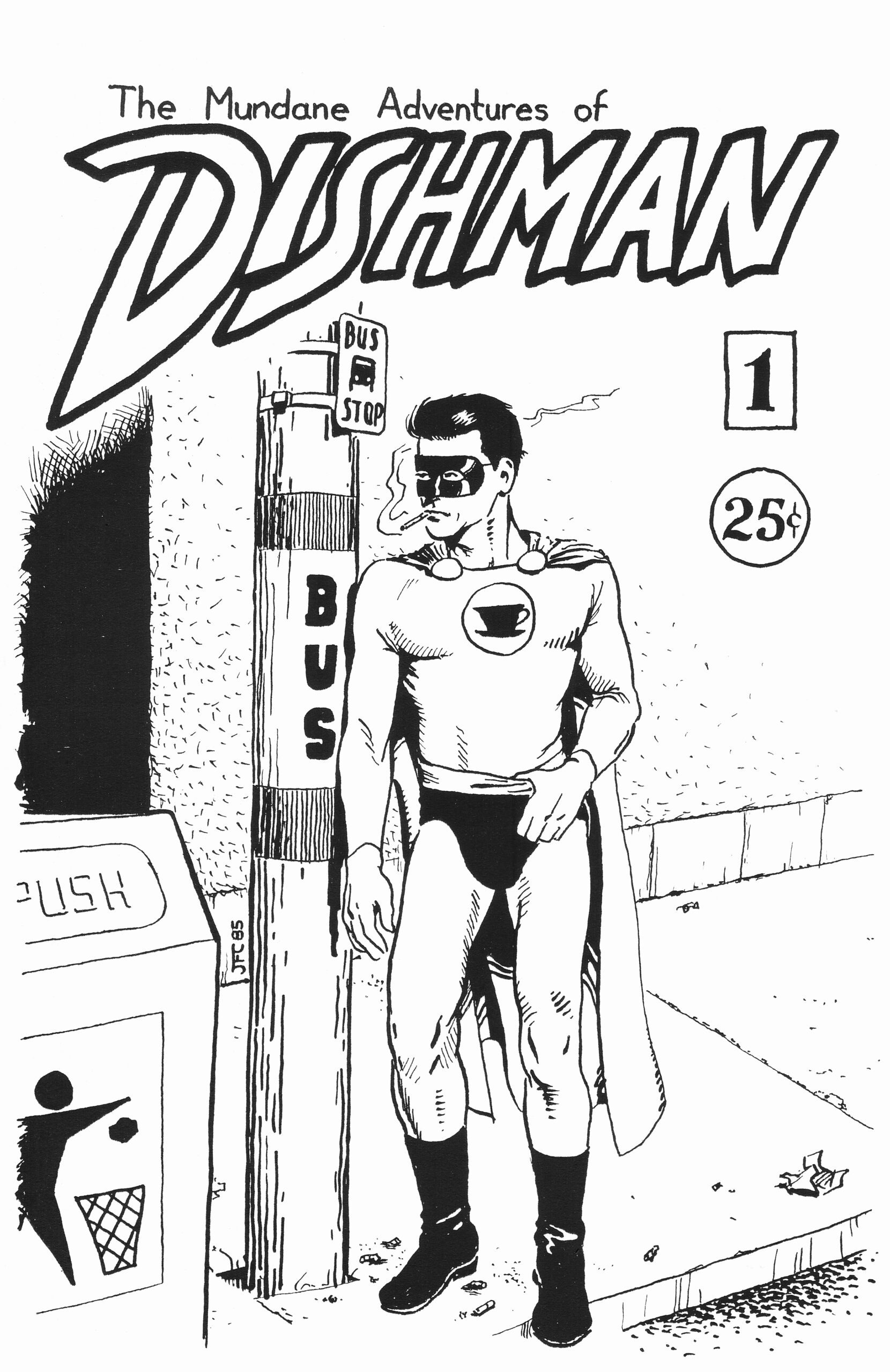 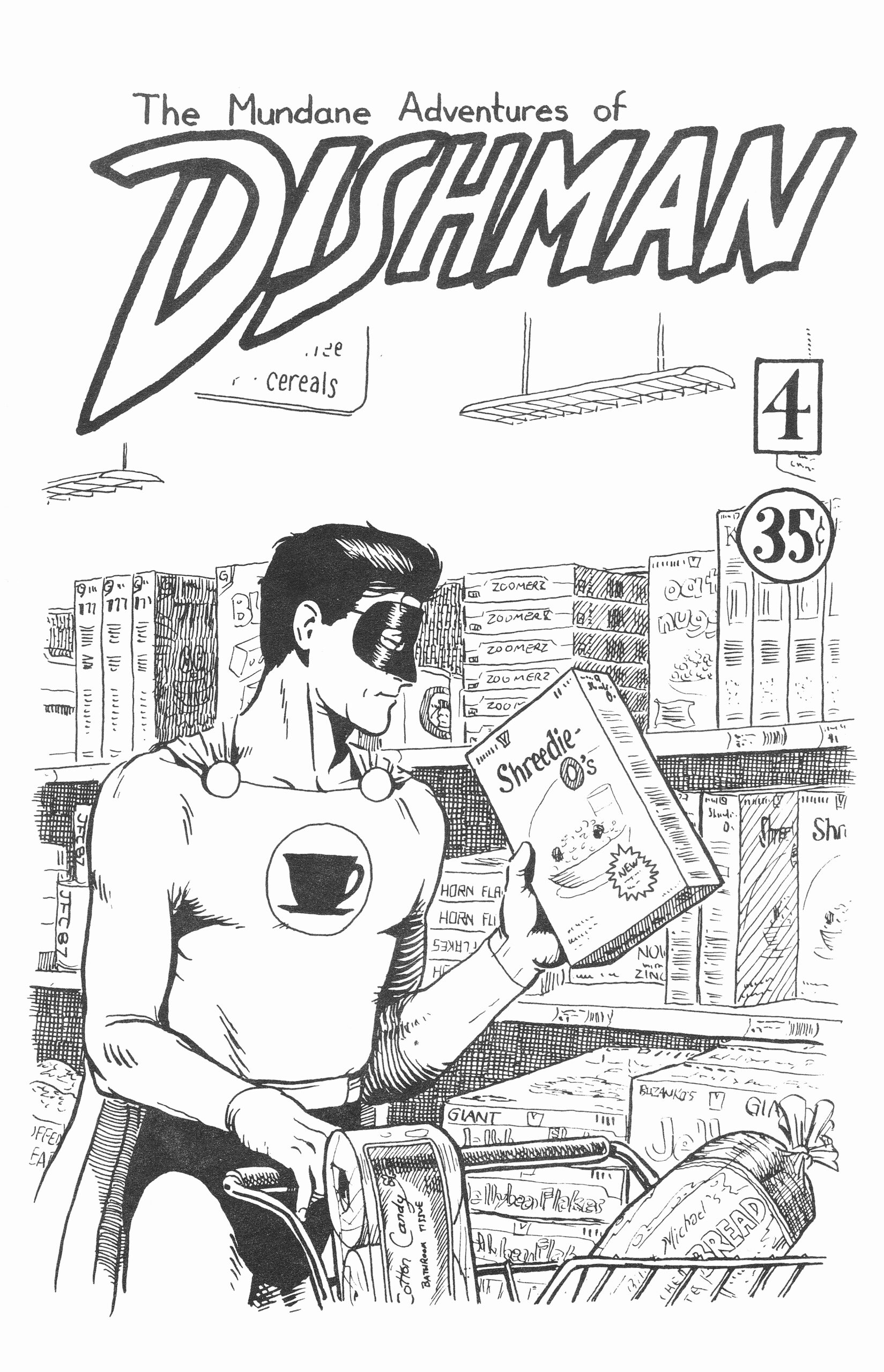 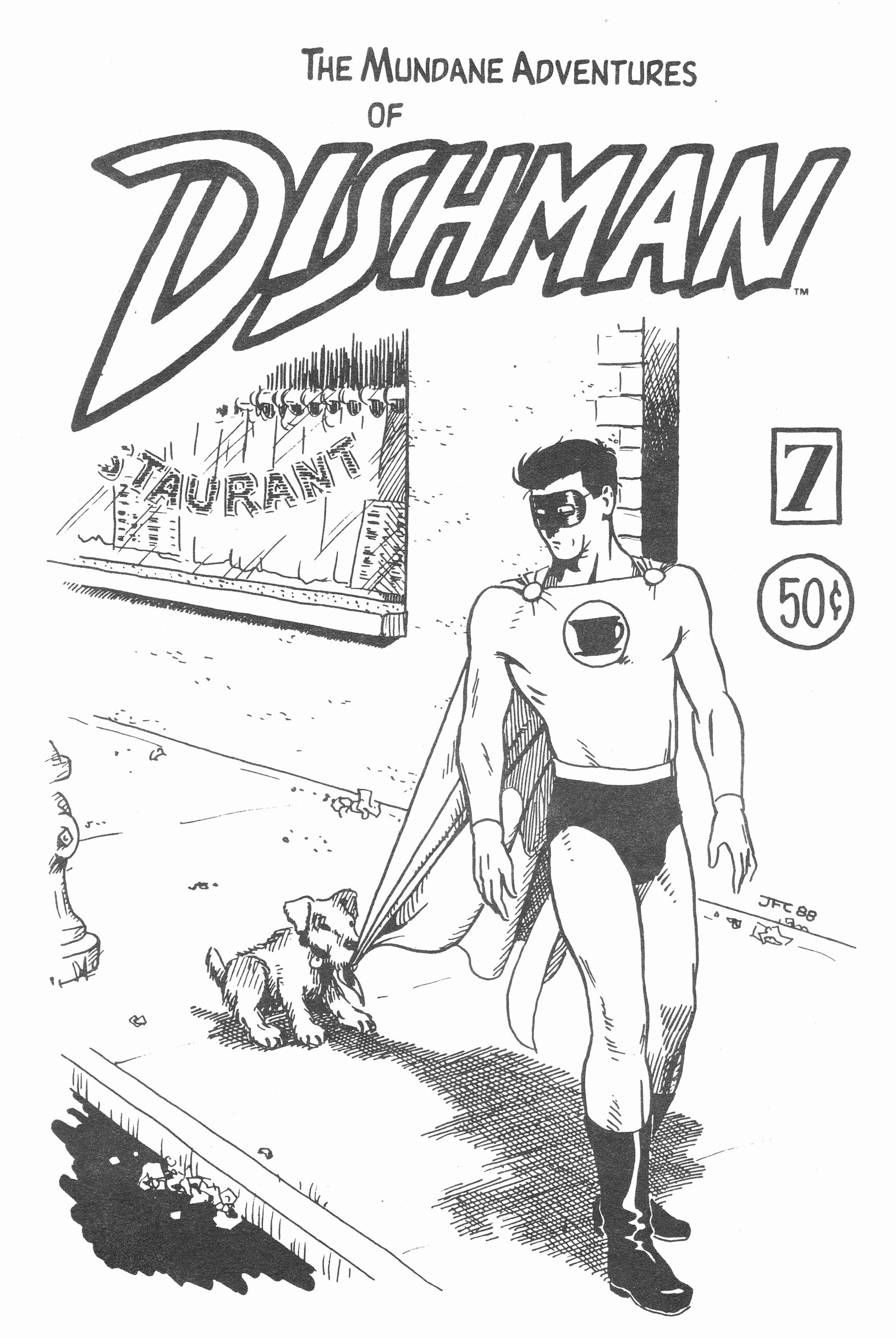 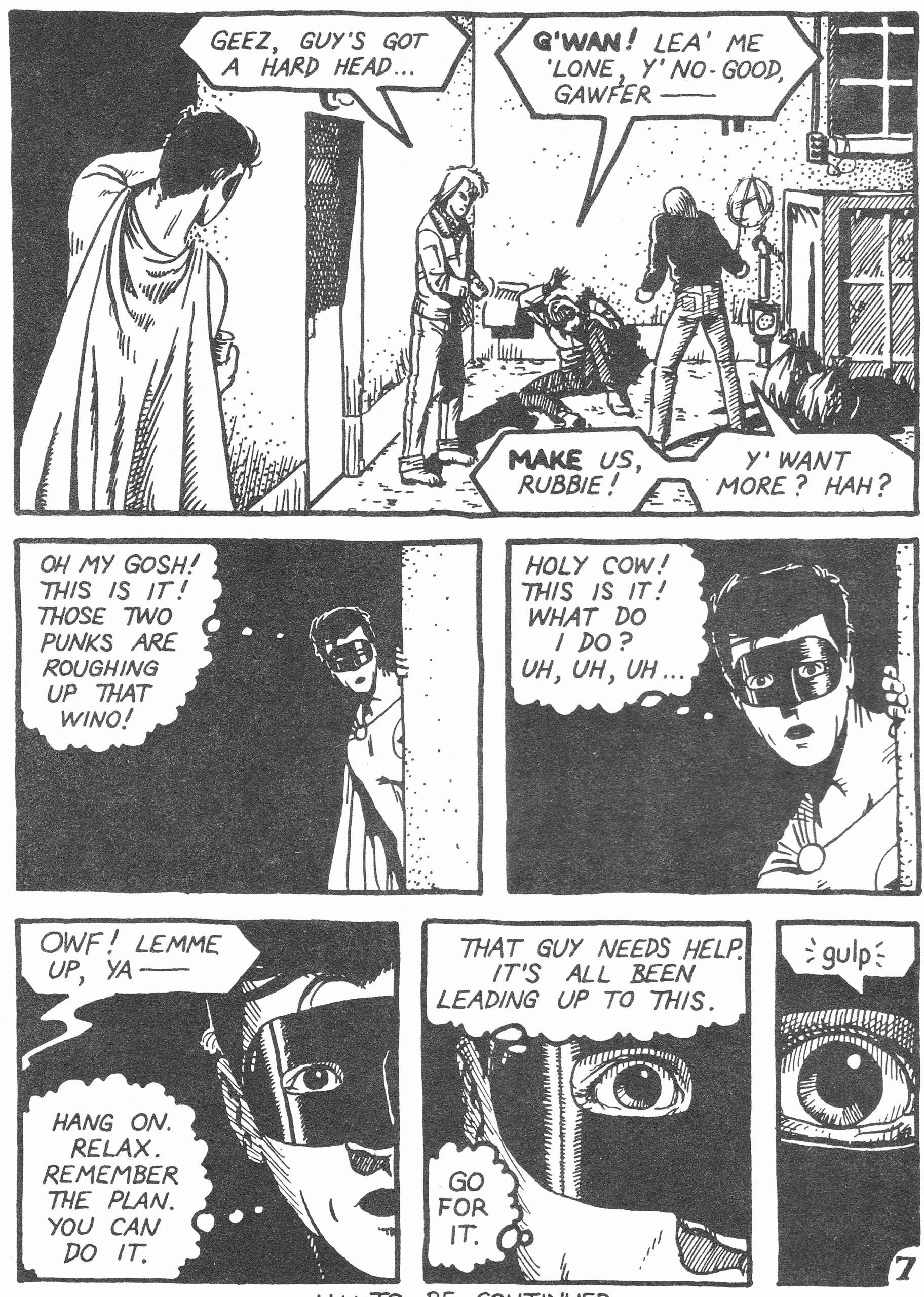 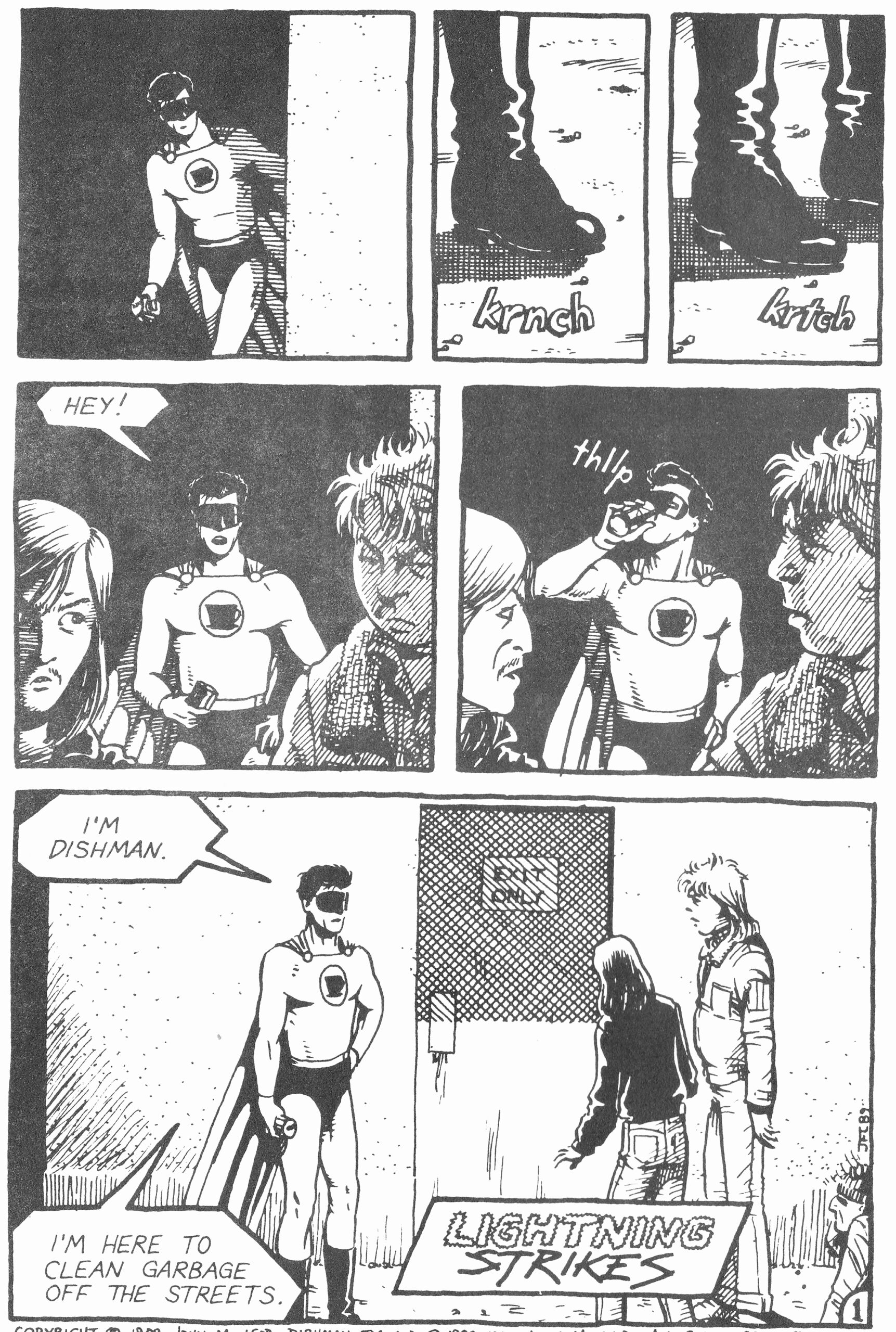 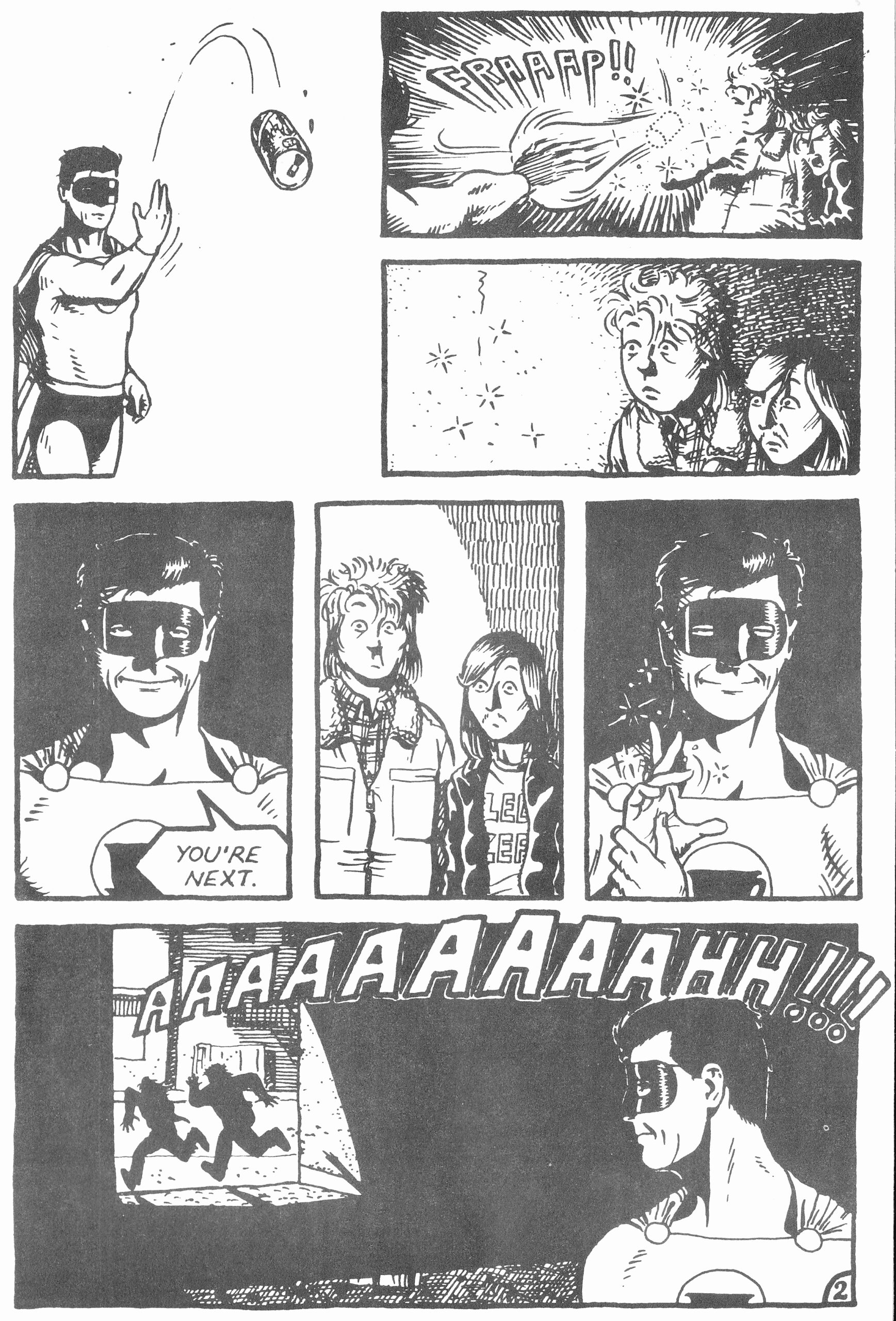 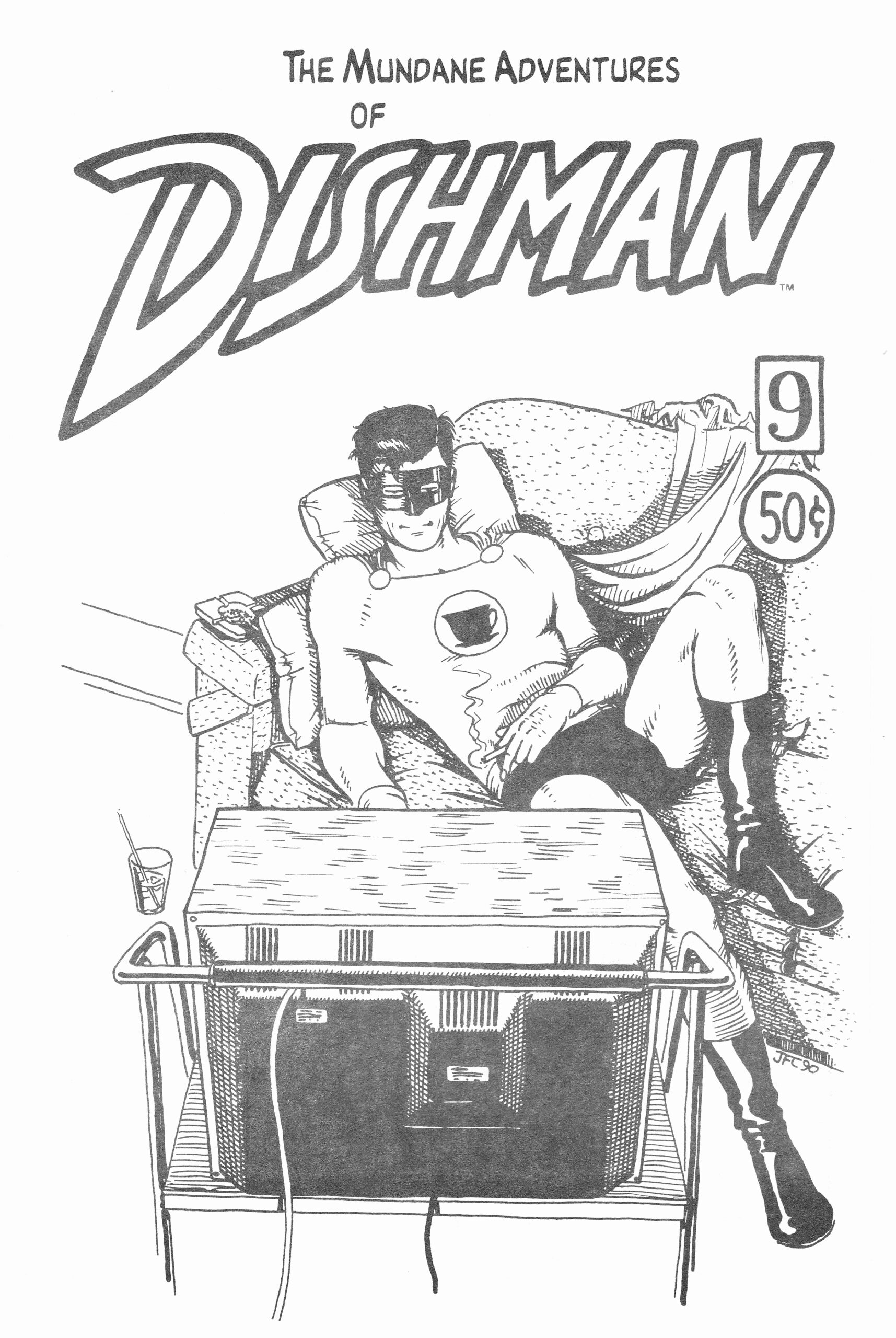 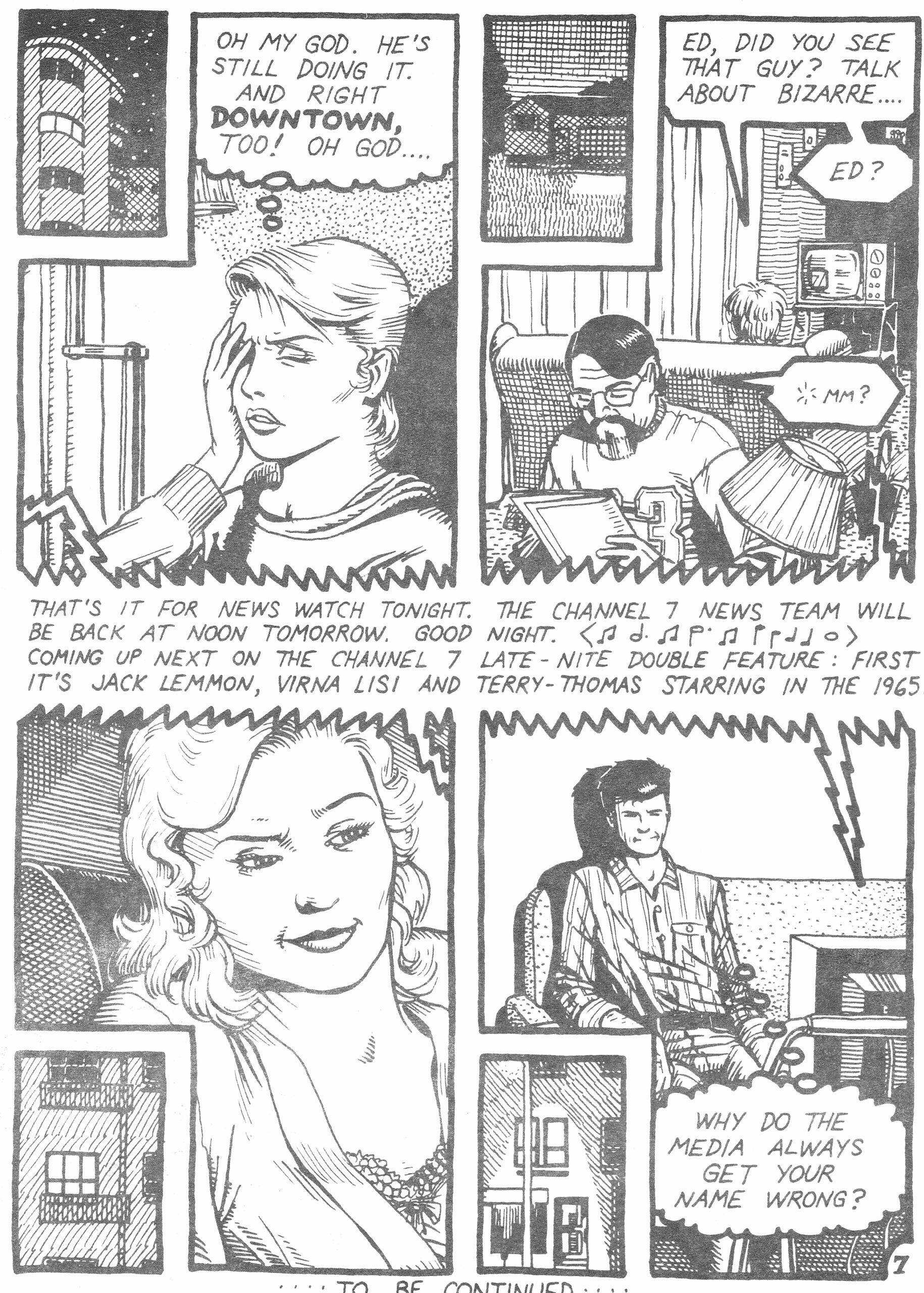 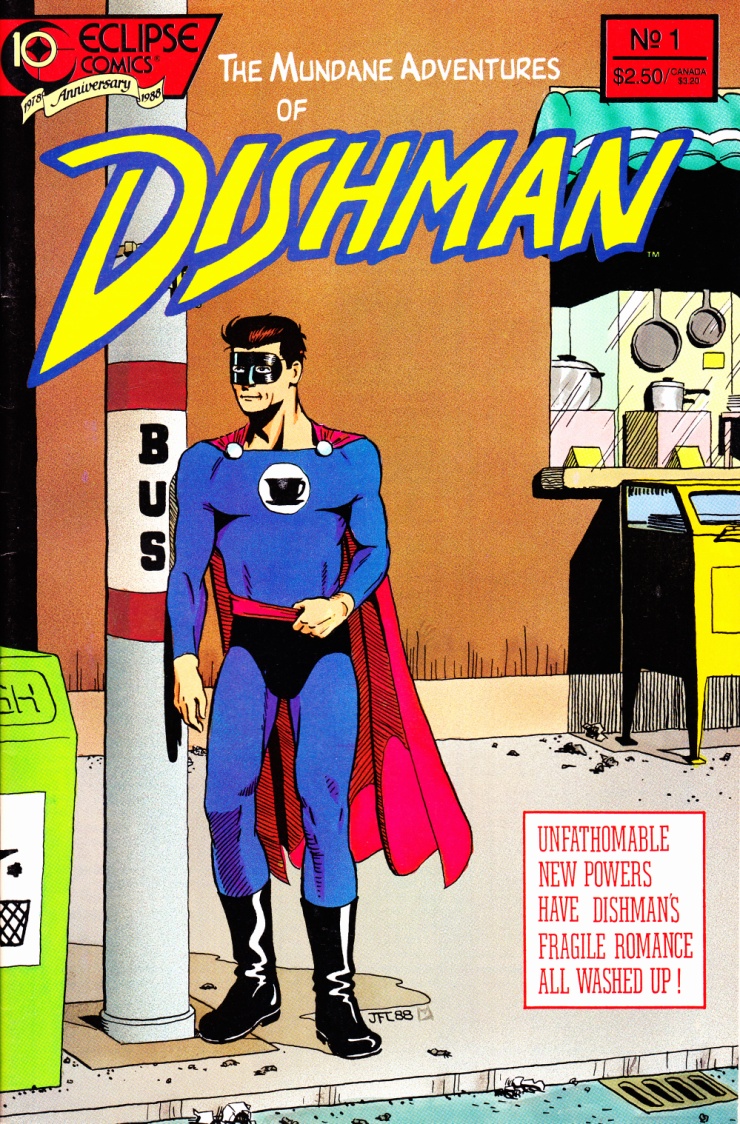