He studied politics at the University of Ottawa, but is largely self taught in cartooning, then travelled to Europe sketching along the way. When he nearly cut off his hand while working in a department store in London England, he returned to Hamilton and began freelance cartooning. In 1997, he became an editorial cartoonist for the Spectator [Hamilton]. His cartoons appeared in numerous newspapers and magazines including Maclean’s across Canada.

You Might Be From Hamilton If … MacIntyre Purcell Publishing Inc., 2017. 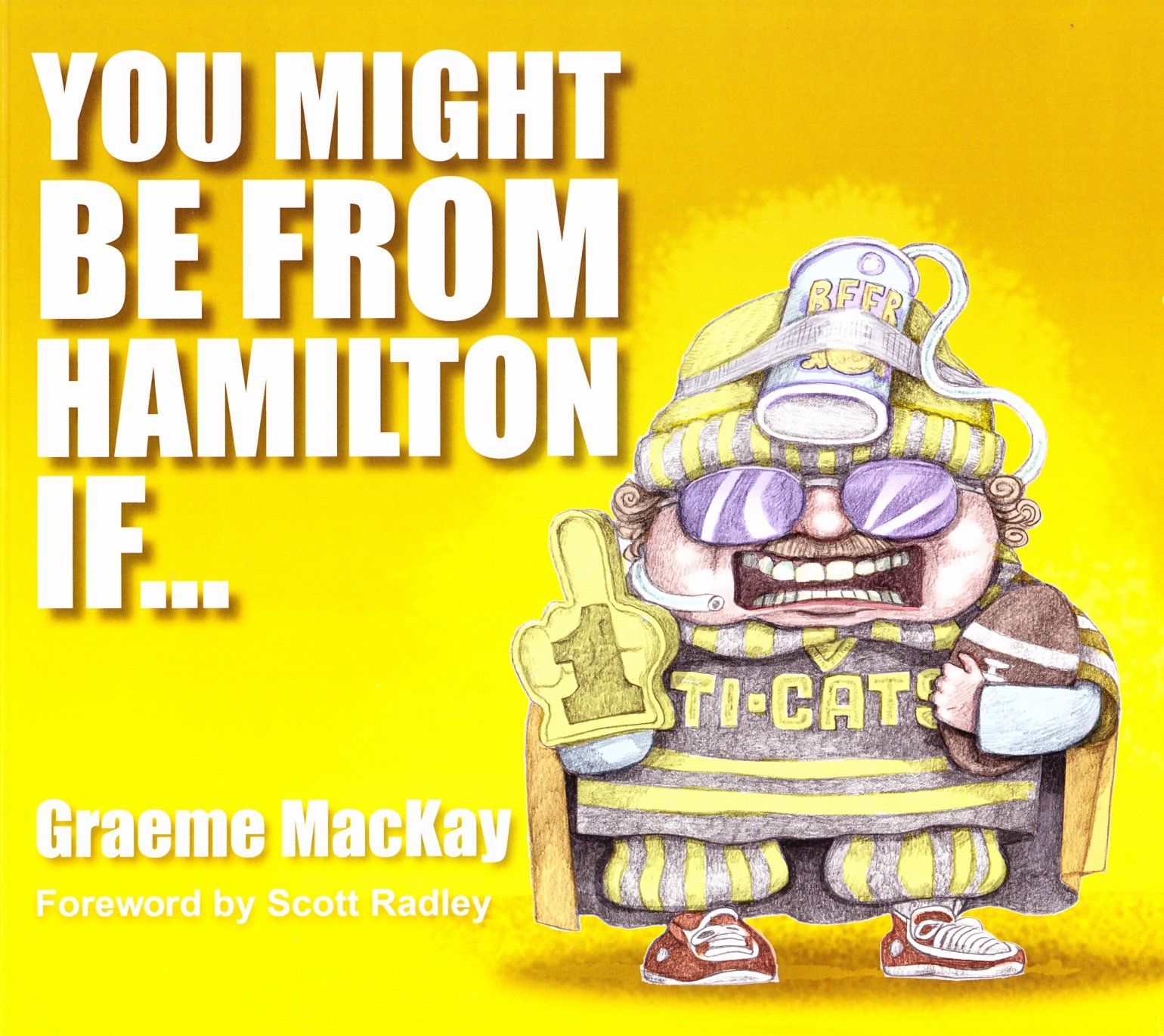