This Guelph based self employed graphic designer, he is principally for his cartoon strip “Weltschmerz” (German for world pain) which began in 1994 and ran in the eye weekly [Toronto] from 1997 to 2007. It also ran in X Press [Ottawa], and other weeklies. He also drew a cartoon for This Magazine.

After “Weltschmerz”, he drew “The Bright Future” which appeared weekly on thecanadiancharger.com. It used some of the characters from “Weltschmerz”, but was more focused on politicians. He also began another comic strip “Footprint in Mouth” which appears in Alternatives an environmental magazine. 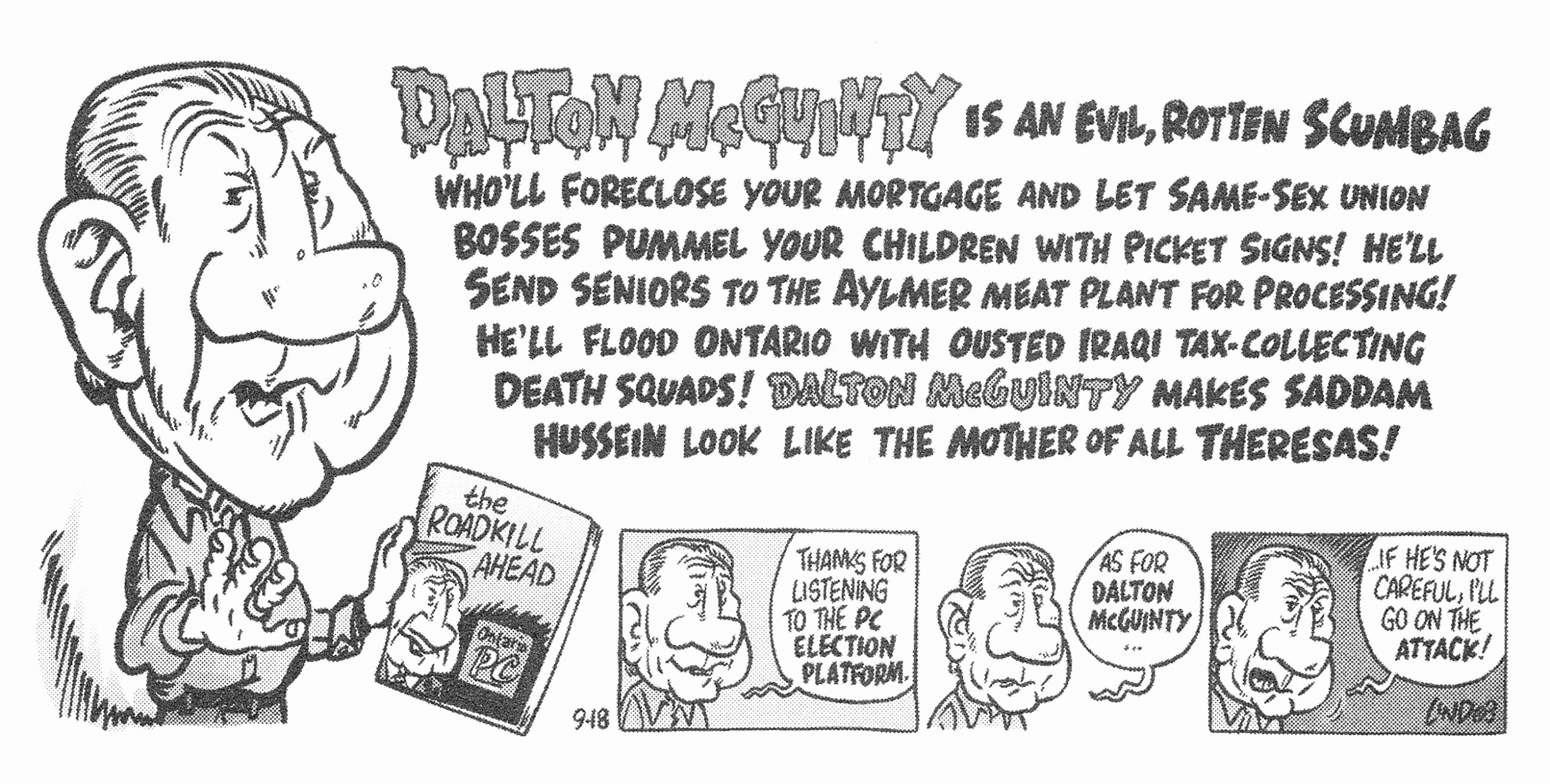