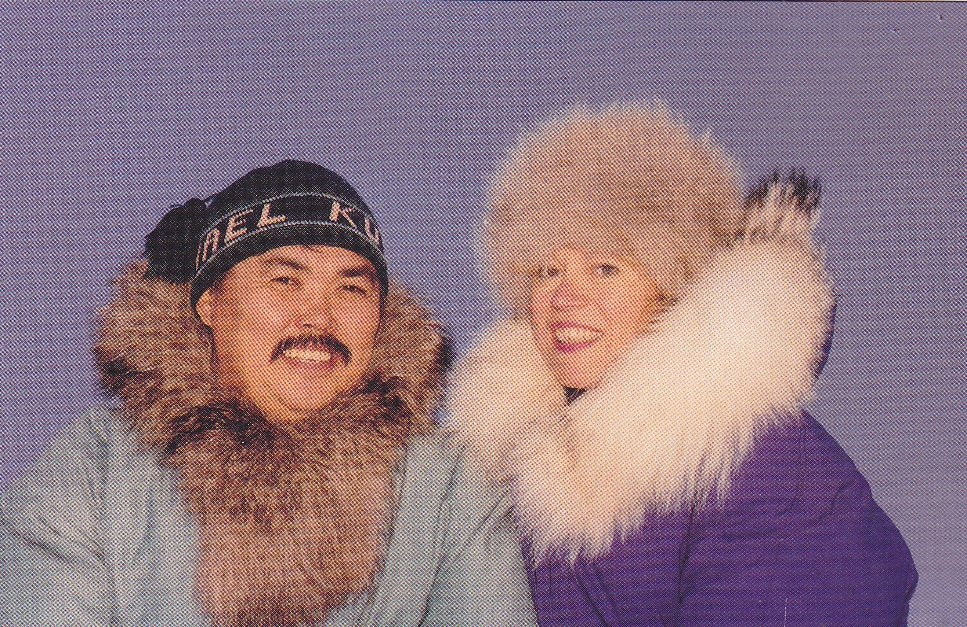 Michael Kusugak was born 27 April 1948 at Cape Fullerton (Qatikatslik) on Hudson Bay in Nunavut. In the same spring the family moved to Repulse Bay, then in 1960 to Rankin Inlet. In 1954, he entered the Chesterfield Inlet residential school and later became one of the first Innuit to graduate from high school. He was further educated in Yellowknife, Churchill and Saskatoon and became an educational administrator for Nunavut Arctic College.

Michael’s love of stories and legends came from his grandmother. He began relating these stories and legends to his own children. In the late 1980’s Robert Munsch while visiting the local school stayed with the Kusugak family. Through this contact Michael co-authored with Robert A Promise Is A Promise (1988). This story was made into a film and a play which was presented in many theatres throughout Canada and the U.S. including The Prairie Theatre Exchange in Winnipeg and the Young People’s Theatre in Toronto.  From this beginning he has written books published in French, Korean, Japanese and braille as well as English. Most of his books have been illustrated by Vladyana Krykorka an author in her own right who migrated to Toronto from Prague Czechoslovakia. His Northern Lights: The Soccer Trails (1994) received the Ruth Schwartz Award for Children’s Literature, and in 2008 for his body of work, he received the Vicky Metcalf Award for Literature for Young People. Astronomer John J. Kavelaars has named several moons of Saturn, Ijiraq, Kiviuq, Siarnaq and Paaliaq after characters in Michael’s books.

About 1990/91, he came in contact with Nick Burns and Susan Shirley who illustrated his poem “On Waiting”. It appears this was the only time these two artists became involved in sequential art.

His technique for producing his stories is to first say them out loud in Inuktituk, then to write them in English. He is foremost a raconteur and so at his many talks at schools and libraries he does not read from his books but instead tells stories he heard as a child or from his own life complete with facial and body expressions and feedback from the audience. As an Innuit storyteller who shares the stories of his tradition and life with members of other Canadian cultures he has become a bridge between his and those cultures.

Jose Kusugak was a raconteur . He was manager of CBC’s Kivalliq area for over a decade. He helped standardize the syllabic writing system for Inuktitut. He helped negotiate the creation of Nunavut. “Kiviuq Meets Big Bee” which he wrote with Germaine Arnaktauyok illustrating was the only graphic story he did. Unfortunately, he died (2011) before he saw the publication of it.