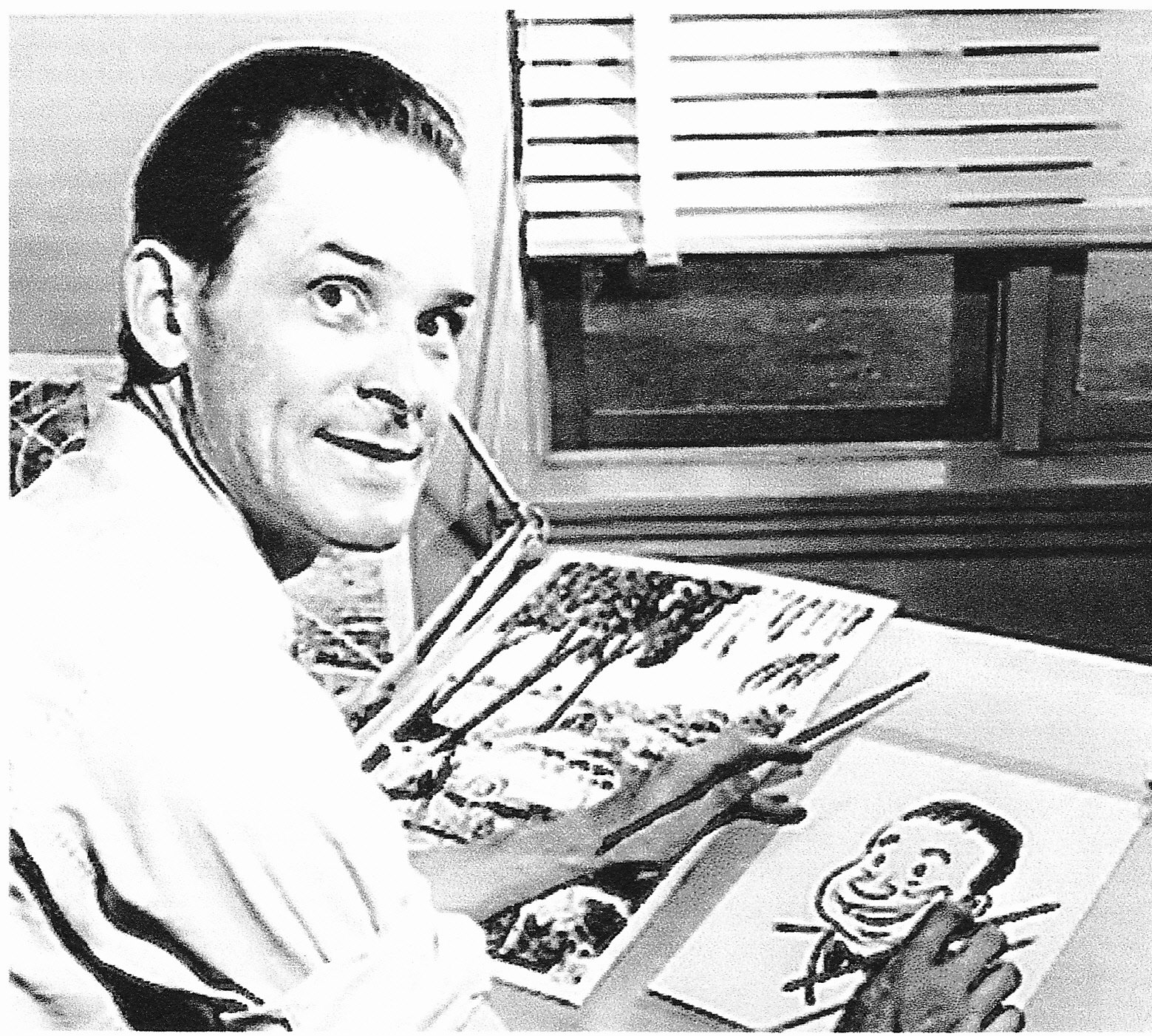 Gordon Johnston was typical of cartoonists operating in twentieth century Canada. He was an editorial cartoonist, he co-created the cartoon strip “Jeff Buchanon”, and later he created the cartoon panel “It Happened In Canada”. The small Canadian market made it necessary to wear several hats at the same time.

Johnston was born in 1920 in Tillsonburg Ontario like so many cartoonists in this encyclopedia he began drawing early in life and was reprimanded in high school for following this practice and ignoring his studies.

When the Second World War broke out he joined the Highland Light Infantry and shipped overseas. After the war he returned to Canada but quickly went back to England hoping to work in animation. Instead he wound up cartooning for the East Anglican Daily Times in Ipswich. There he created the cartoon strips “Ippy Switch and Margaret Catchpole” while at the same time working as the newspaper’s editorial cartoonist. He met his future wife Patricia Rogers in England and had two daughters one born in England and one in Canada.

He returned to Canada in 1952 and became an editorial cartoonist with the Ottawa Citizen. Although continuing to appear regularly in the Citizen he left that paper in 1956 to become a freelance cartoonist. In this latter part of his career he devoted himself to cartoon projects with a decidedly nationalistic flavor. During the Diefenbaker years (1958 – 1963), he worked with newspaper columnist Gerald Waring on a syndicated editorial cartoon feature. In May 1960 he and Gordon Dewar a parliamentary reporter for the Ottawa Citizen launched the cartoon adventure strip Jeff Buchanon. Unfortunately it lasted only a little over a year.

Johnston moved to London Ontario in 1963 where he became an illustrator and co-developer of Programmed Learning at the University of Western Ontario.

In 1967 Johnston launched what would become his most enduring work, a daily cartoon panel called It Happened In Canada. The strip continued for fifteen years until 1981 when Johnston had to give it up due to ill health.. At its peak it was in 71 newspapers. When Johnston retired it appeared in 65. Interestingly for most of its run Johnston distributed the panel without the benefit of syndication. Truly it must have been a project of love. In 1970 Johnston using the It Happened In Canada format launched a second panel called It Happened at Western. It was a campus history feature that ran in the University of Western Ontario Alumni Gazette.

After he discontinued the panel in 1981 he engaged in oil painting and he assembled a final collection which was published in 1983. He died August 3, 1983.

It Happened in Canada. Richmond Hill: Scholastic-TAB Publications Ltd., 1973. No date. (Adapted from It Happened In Canada, v. 2.)