IT HAPPENED IN CANADA

In Canada’s Centennial Year Gordon Johnston, who was an editorial cartoonist, created his most successful cartoon series, a panel cartoon named “It Happened in Canada”. At the height of its popularity this panel was carried in 71 newspapers. It continued for fifteen years until in June 1981, Johnston had to discontinue it because of ill health. At the point he retired the panel was being carried in 65 papers. It seems that initially the series was picked up by the Toronto Star Syndicate, later by Ripley International but finally distributed by Johnston himself. His daughter Lucinda remembered that Johnston always had to be thrifty using both sides of any paper. He also recruited his daughters to ensure that the weekly proofs were sent to subscribing newspapers. I can think of no other cartoonist who had such a devotion to his creation.

“It Happened In Canada” was a mixture of human interest stories and unusual often bizarre events occurring in Canada and often equally bizarre characters that inhabited the nation. Superficially it looked like Ripley’s Believe It Or Not. But a far more profound influence came from C. W. Jefferys, an earlier icon in Canadian historical illustration, who, among his other works, produced a remarkable three volume Picture Gallery of Canadian History. Johnston researched his material from old newspapers and the archives. He spent an average of 10 hours researching and drawing each cartoon. Five collections of these panels were published. 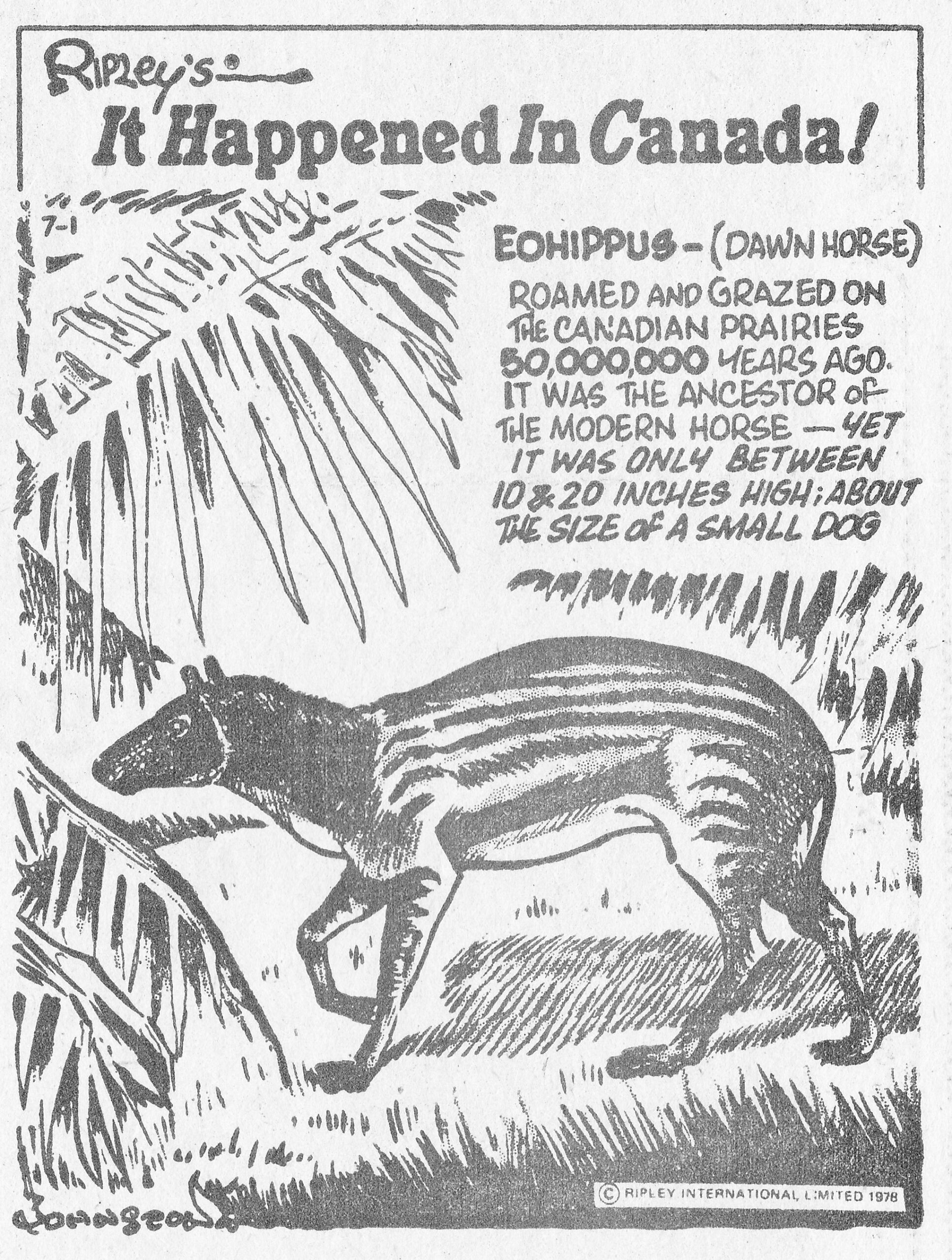 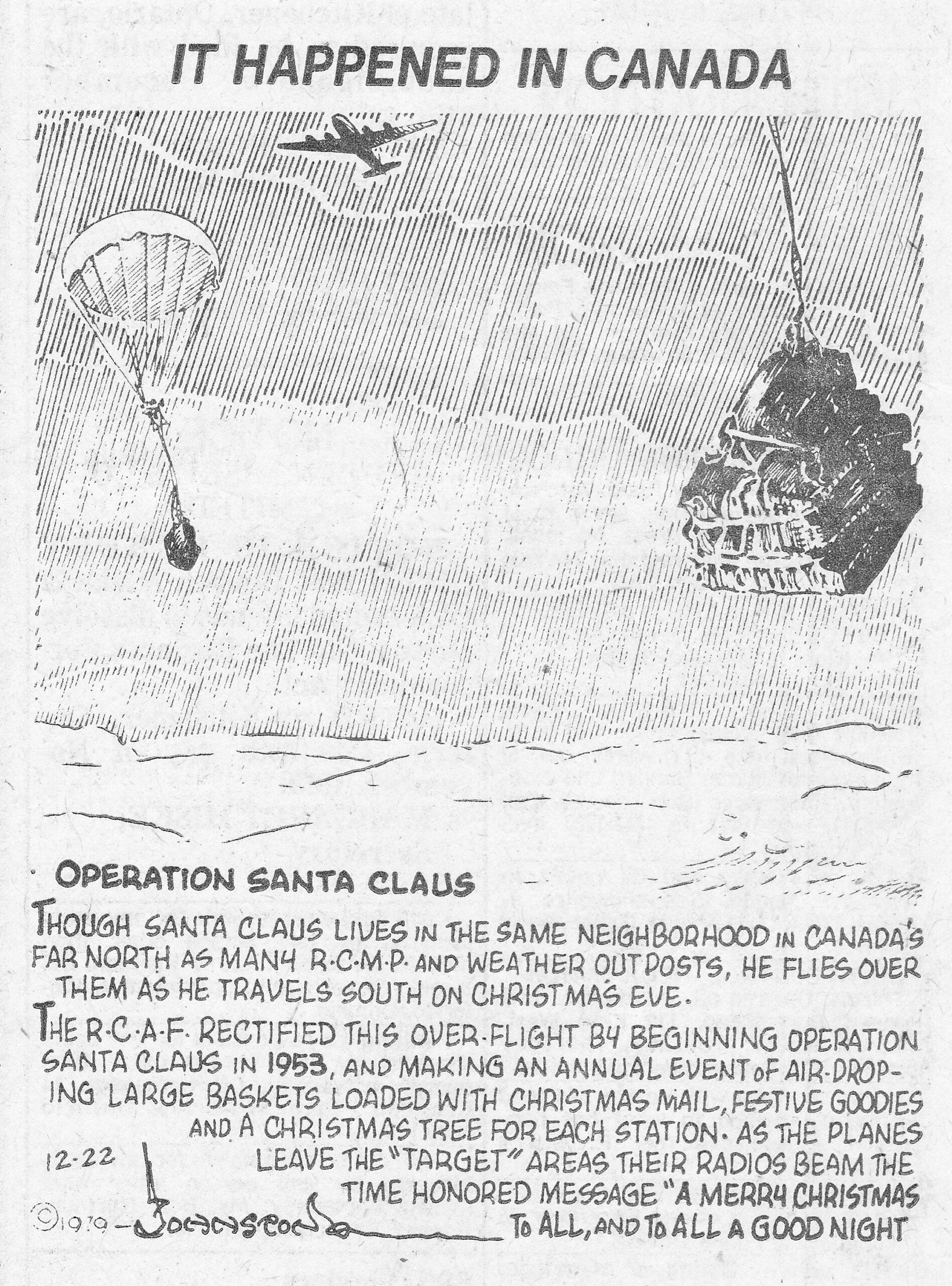 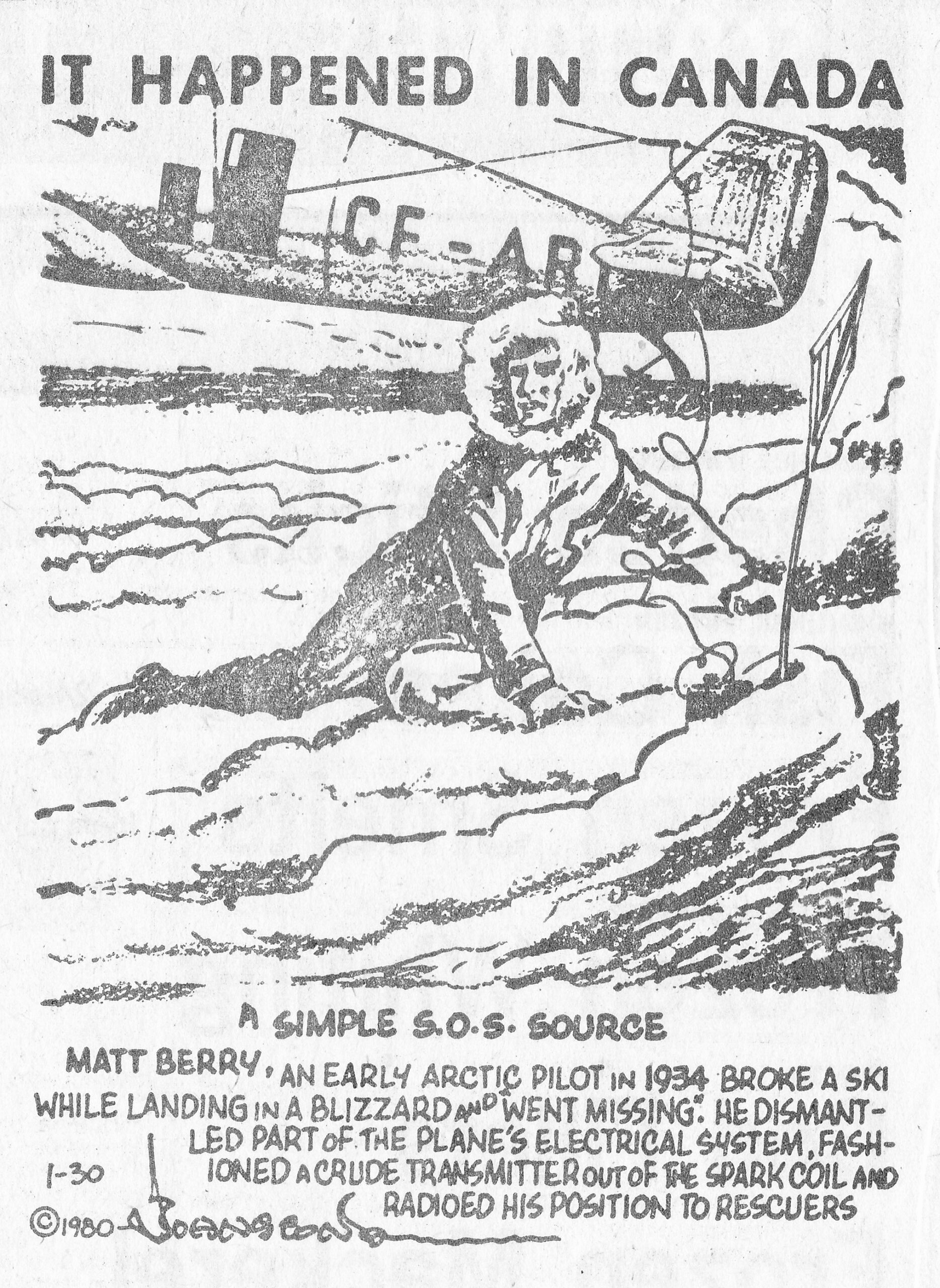 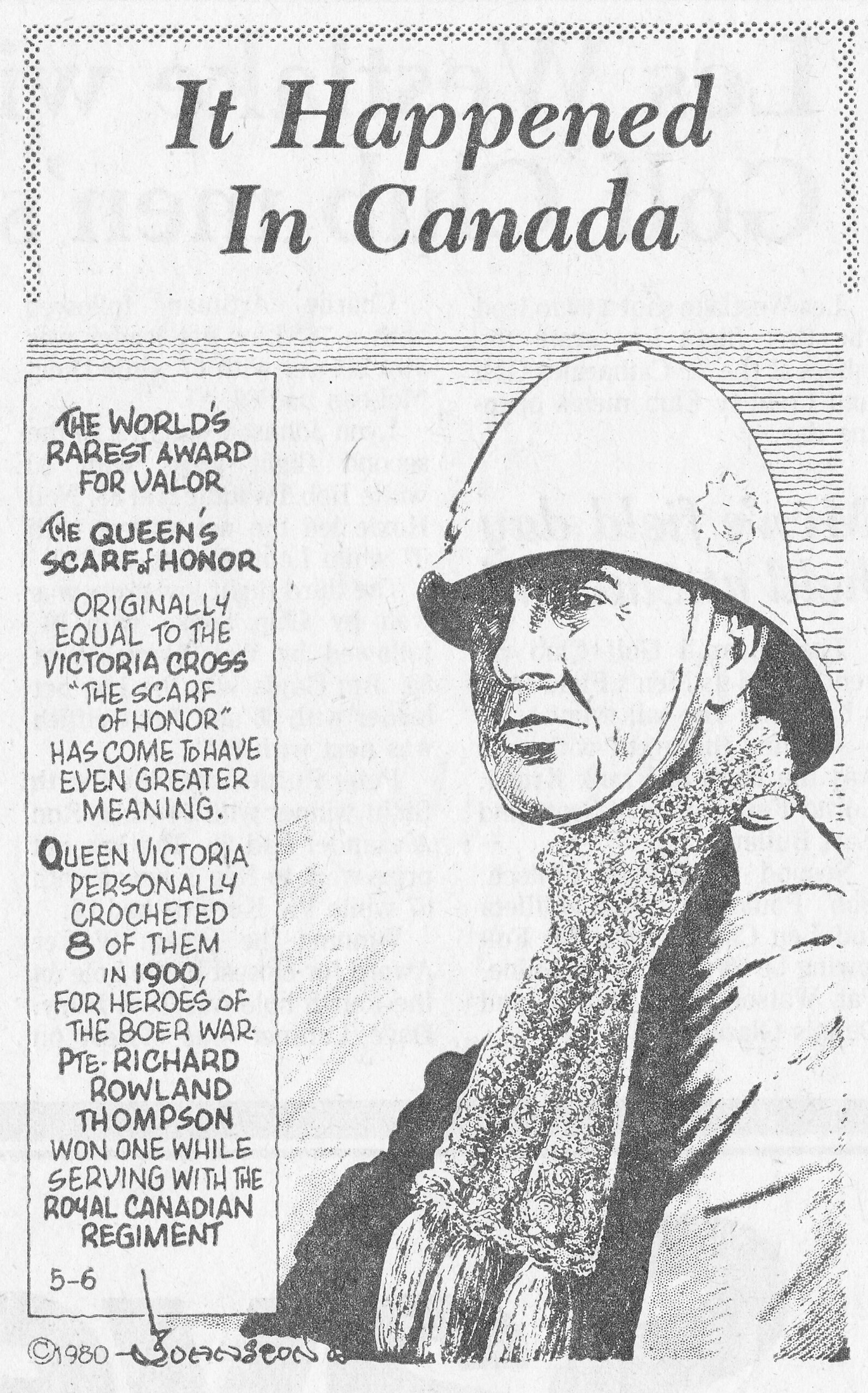 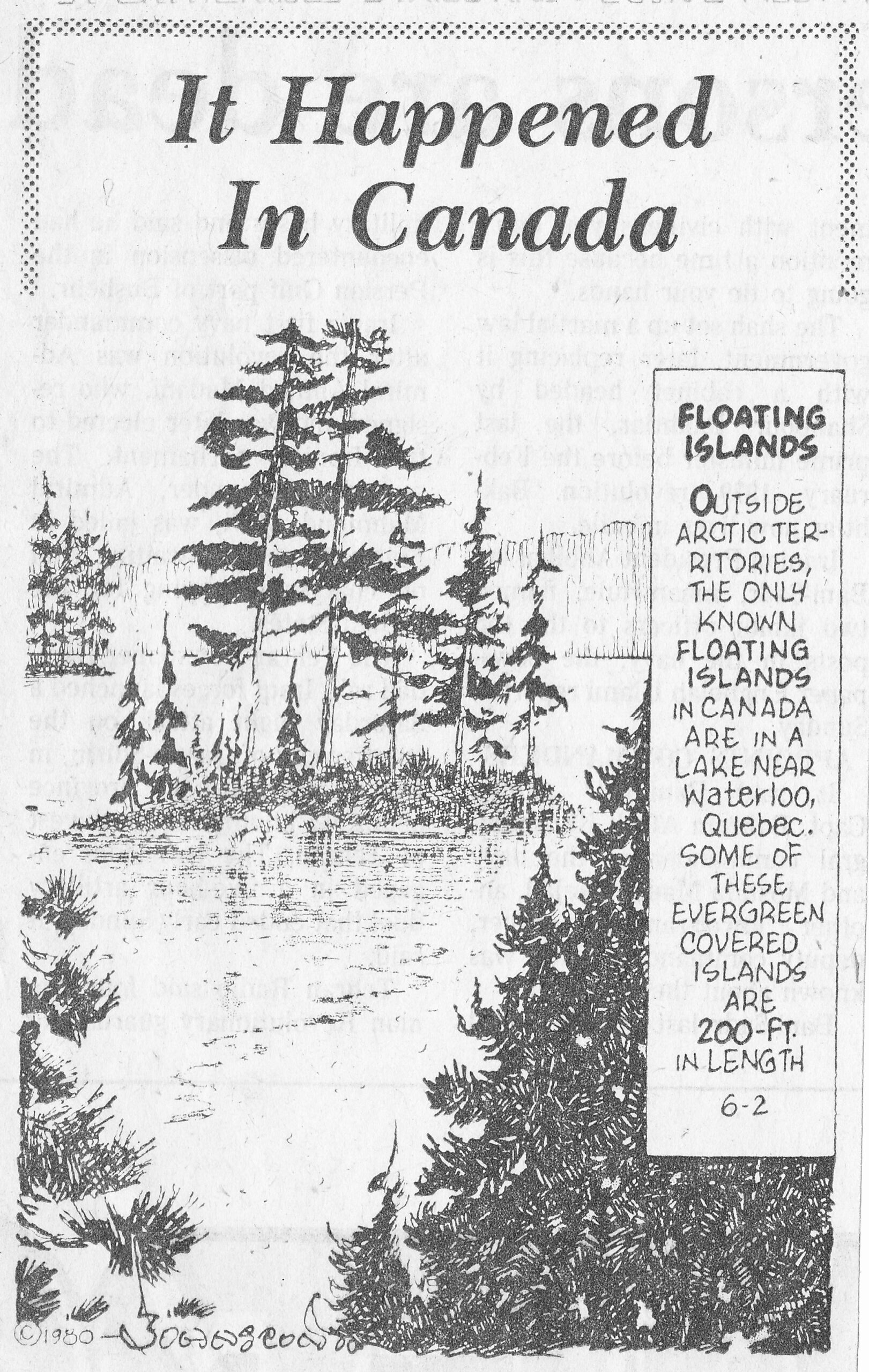 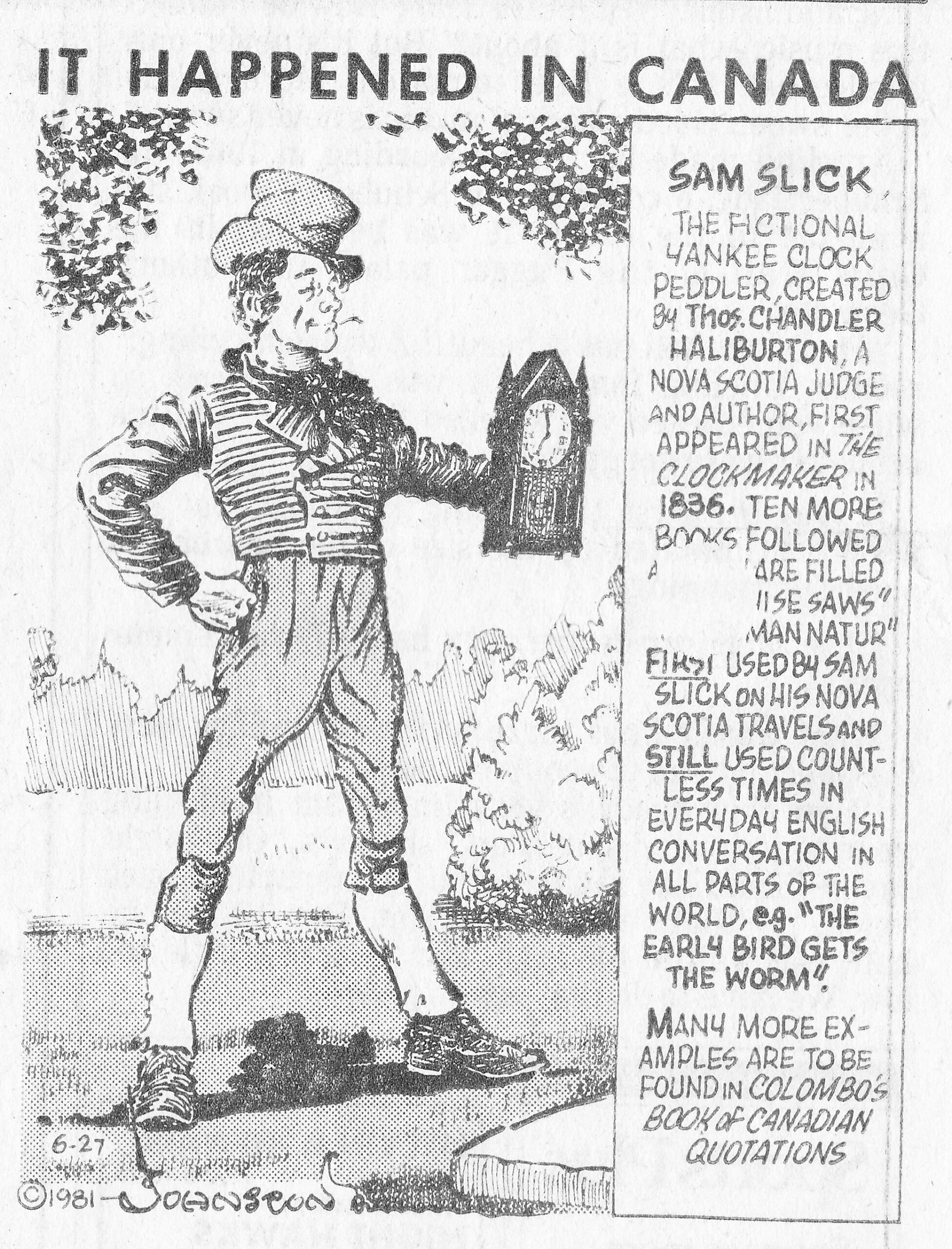 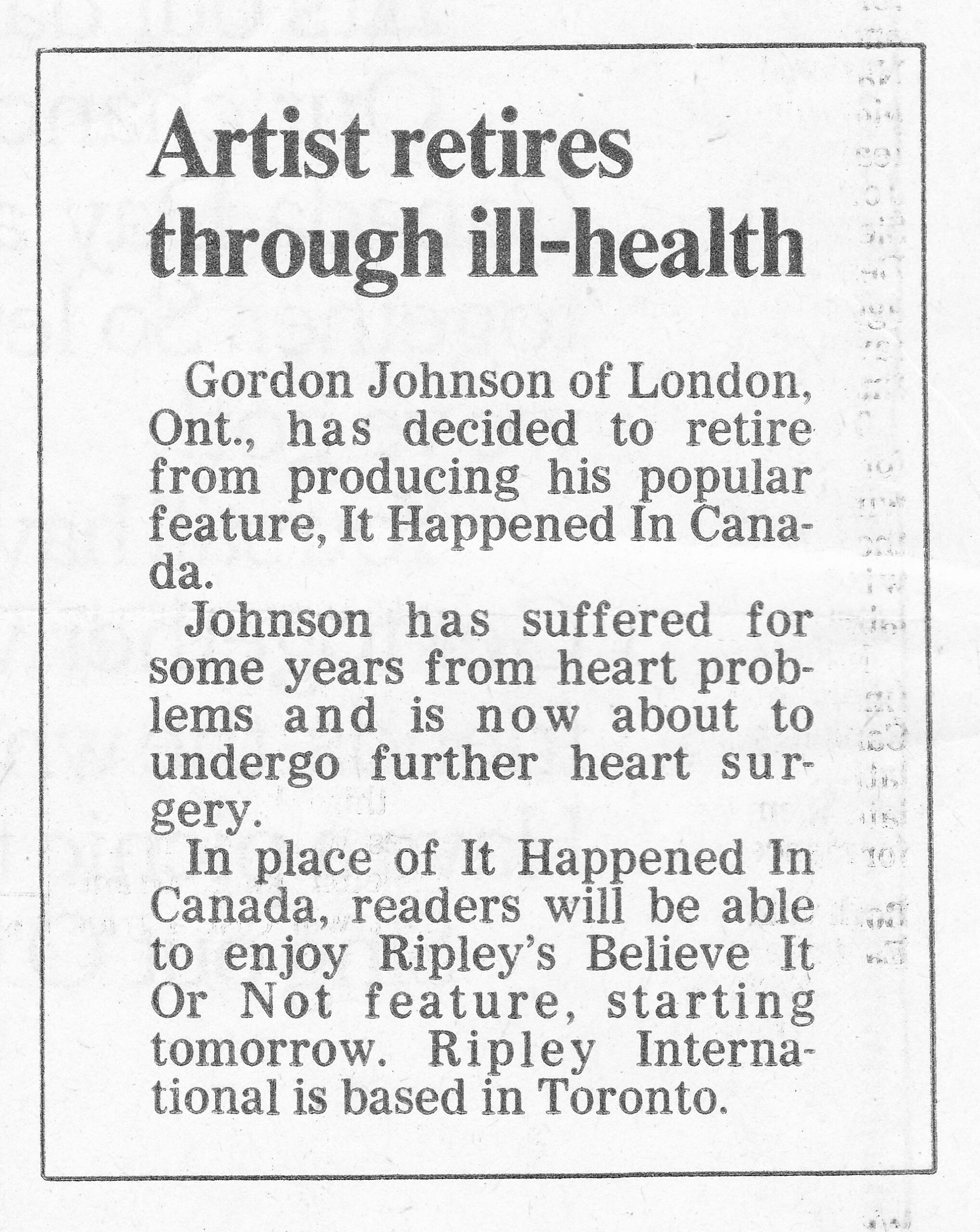