In 1956, Le Soleil was looking for an editorial cartoonist and approached the school’s director for a recommendation. Hunter got the job. His style was that of the European school of simple line cartooning. He won two National Newspaper Awards, one in 1958 and one in 1967. He began working for Le Soleil in 1969. Because of the pressure of drawing eight cartoons a week for Le Soleil and its regional editions, and sculpting, he gave up teaching in the same year.

In 1970, because of his criticism of the FLQ acts during the October Crisis, he and his editor were publicly condemned by the members of the journalists’ union at Le Soleil. He insisted on his right to make his own judgments of events and continued his cartooning.

In 1989, he gave up cartooning and concentrated on sculpting. 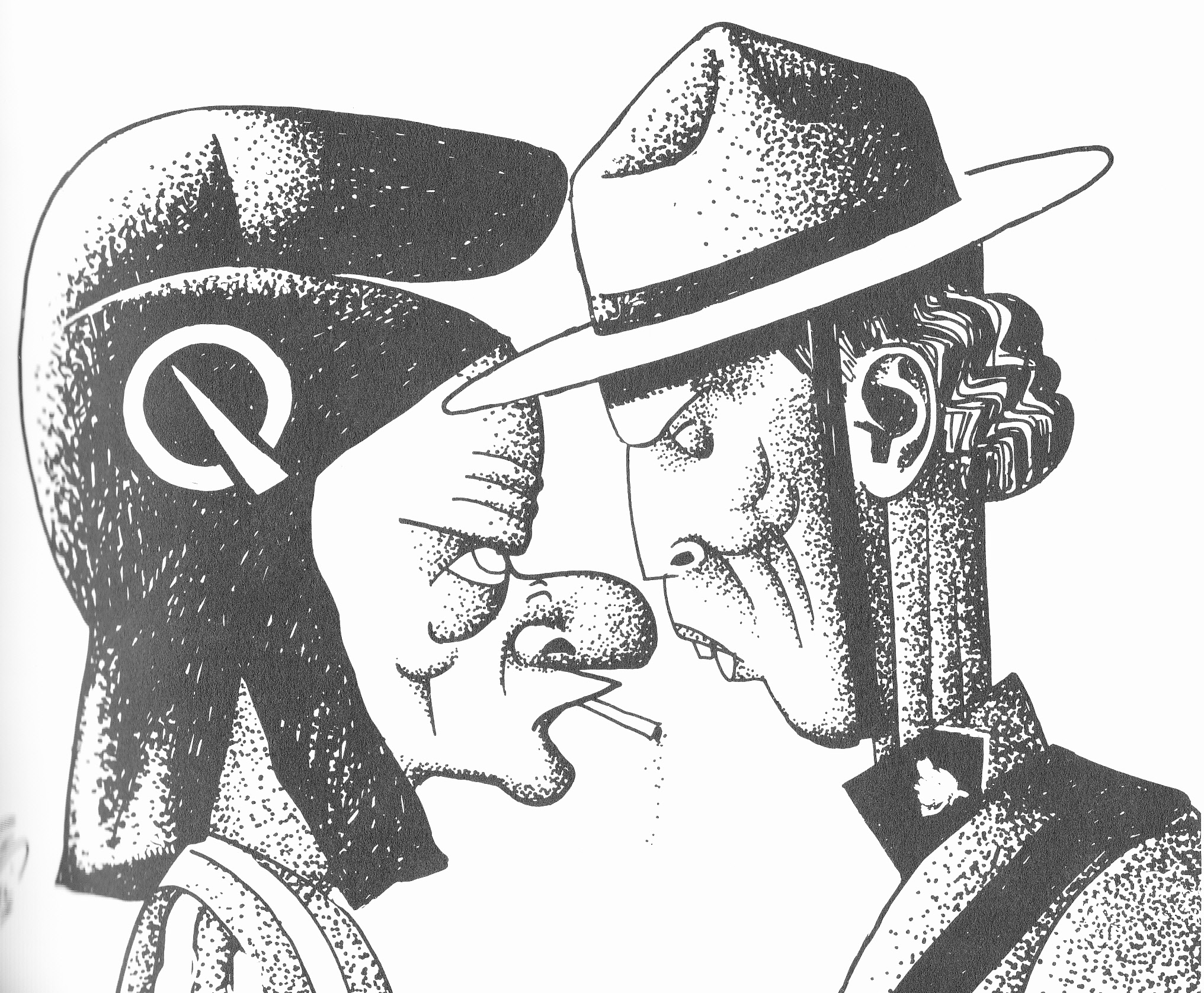 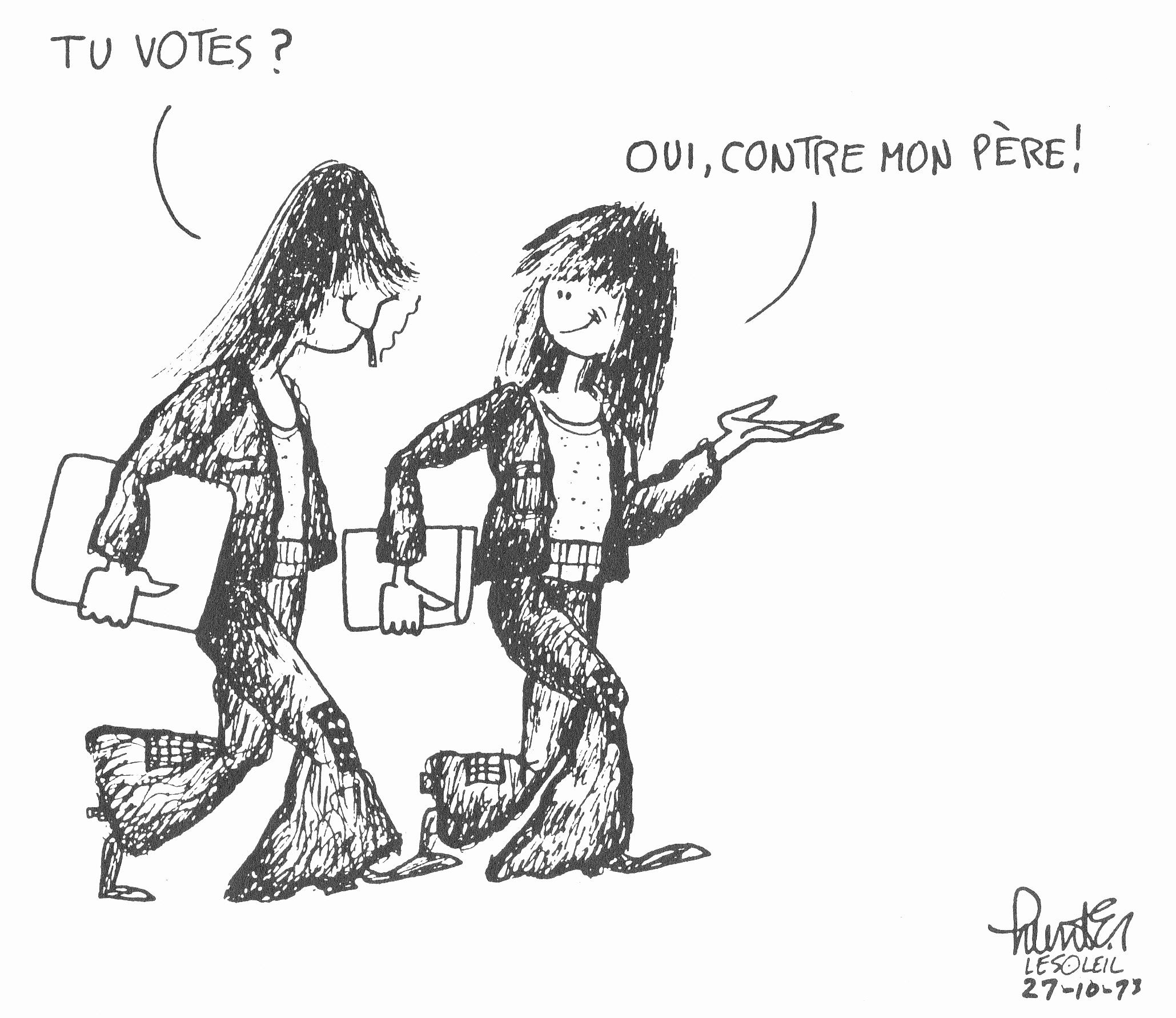 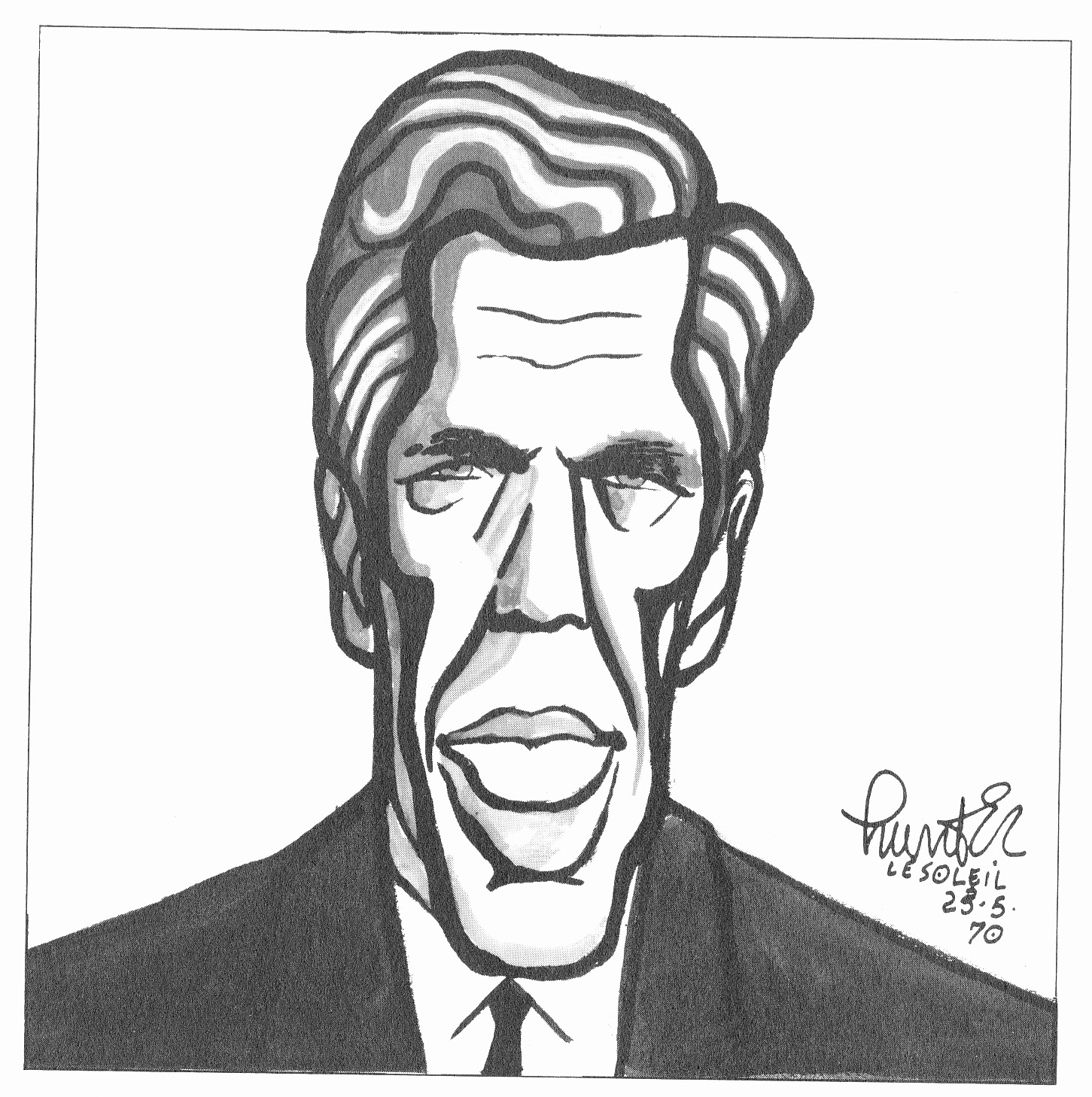 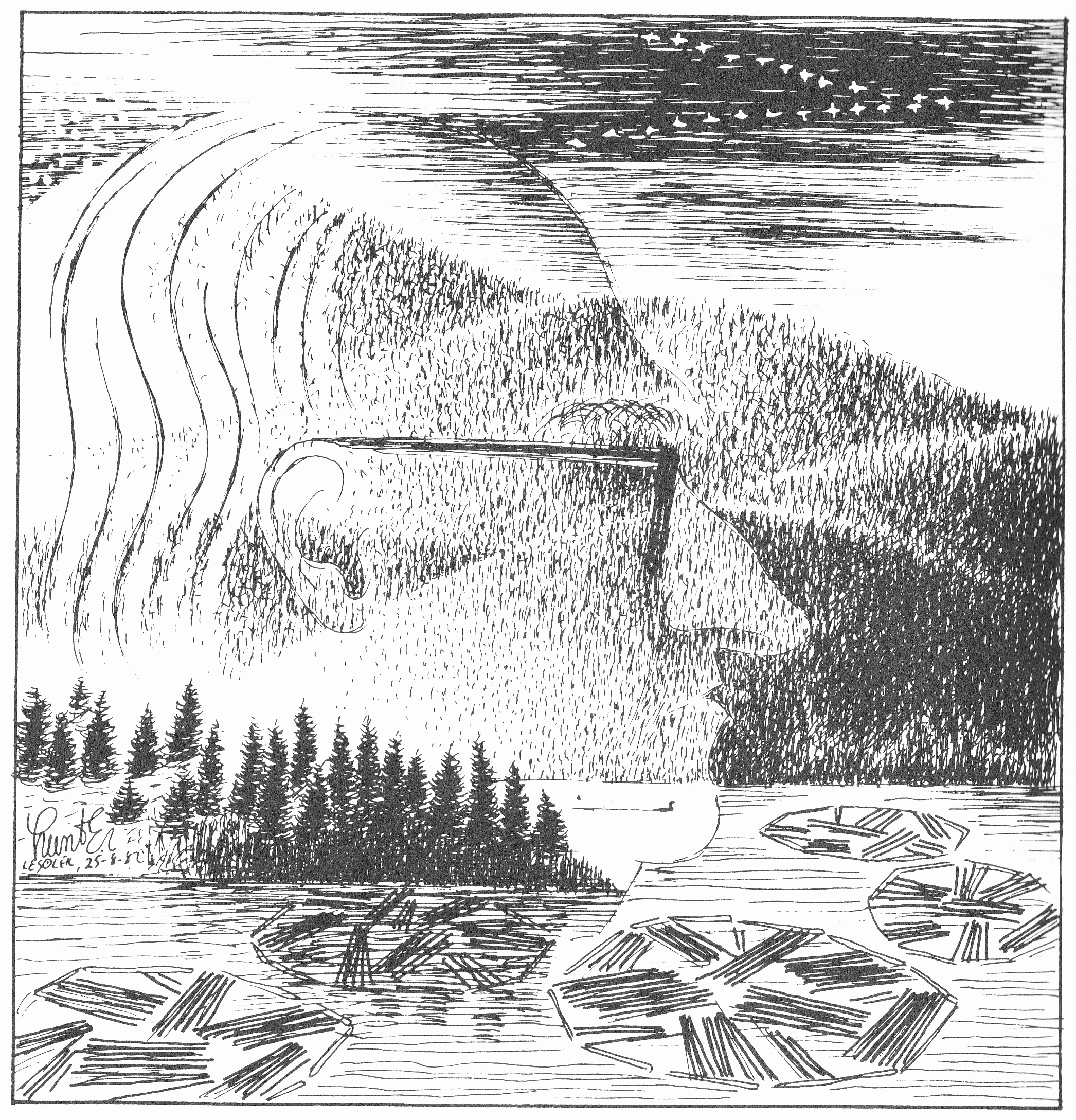