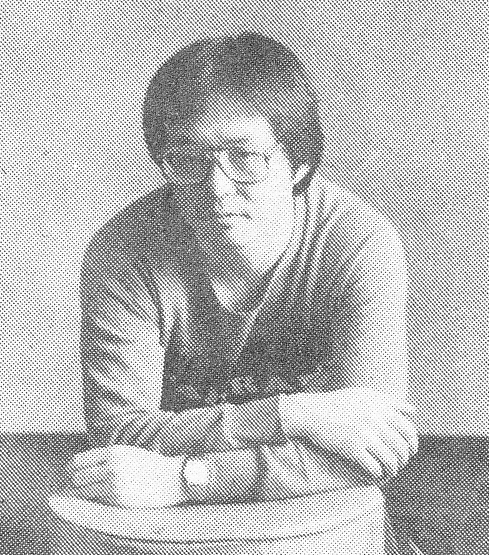 It appears that Peter entered the Toronto cartooning scene by working on publications like Ron Van Leeuwen’s Andromeda and James Waley’s Orb.

Then circa 1983 he created “Hellrazor”. Emulating Dave Sim, he organized Quadrant Publications and launched Quadrant as a vehicle for his creation. A Tara Balance was credited as the writer but there was a rumor that Peter actually wrote the novella himself but credited it to a female to make it more acceptable. Peter supplemented the main feature with back up stories produced by himself and from a variety of cartoonists, illustrators and writers from Toronto and Montréal.

About the same time, he became involved with American black & white entrepreneur Steve Milo of Adventure Publications. He illustrated the first issue of The Adventures, both cover and content and recommended Ron Kasman for the lettering. Probably due to the pressures of Quadrant he reduced his commitment in The Adventurers to illustrating covers. He probably recommended Kent Burles to do the contents.

Late in 1986, Dave Darrigo was collaborating with Ron Hobbs on a mystery crime fighter idea that would become “The Snake”. Peter wanted to expand his company’s magazine line and since Dave had established himself with Wordsmith, Peter approached him to come up with a concept for a new periodical. Dave saw it as an opportunity to proceed with “The Snake” idea. Dave and Ron worked on it for the next year. Then a setback, with the black and white comics market crumbling Peter Hsu had to cut back his operations leaving the project without a publisher. Dave and Ron pressed on and finished illustrating the story and painting the cover and Dave became the publisher. Dave had contracted Peter to do an origin story for the villainess Madame Joy which was to be included as a flashback episode within “The Snake”. Dave wanted to include a different style of drawing for this episode to contrast it to the main story. Peter completed this assignment and The Snake was published under the Special Studio imprint.

In 1987, Peter’s other creation “Elfwarrior” was published by Adventures Publications. Peter did the first two issues but then for issue 3 the writing went to D. Greenburg and the  pencils to Franc Reyes. Issue 3 was the last issue. This character actually appeared first in a story “A Prolong To Elfwarrior which appeared in The Adventurers 1.

Peter moved to Victoria British Columbia sometime in 1988 and disappeared from the cartooning scene.