Terry Mosher (Aislin) editorial cartoonist at Montreal Gazette and Ian McLaren a producer-director at the National Film Board initiated a project in 1973 to produce a film and later a book on the history of editorial cartooning in Canada. To aid in this project they obtained the help of Robert LaPalme and the iconic Duncan Macpherson.

Over the next two years Mosher and two researchers scanned 300,000 editorial cartoons, winnowed them down to 2,000, 500, 200 and finally the 181 works from 50 cartoonists shown in the documentary.

CBC aired the one hour The Hecklers, narrated by John Colios, on Sunday January 18, 1976 at 10:00 pm. It can still be viewed by going to the National Film Board’s website. In this history, were interviews with some of the current cartoonists of the day and with the politicians they lampooned. As Duncan Macpherson talked about his career and work, he drew the cartoon shown on the cover of the TV Times shown below.

A book of the same name by Mosher and prominent journalist Peter Desbarates was published by McClelland & Stewart in 1979. 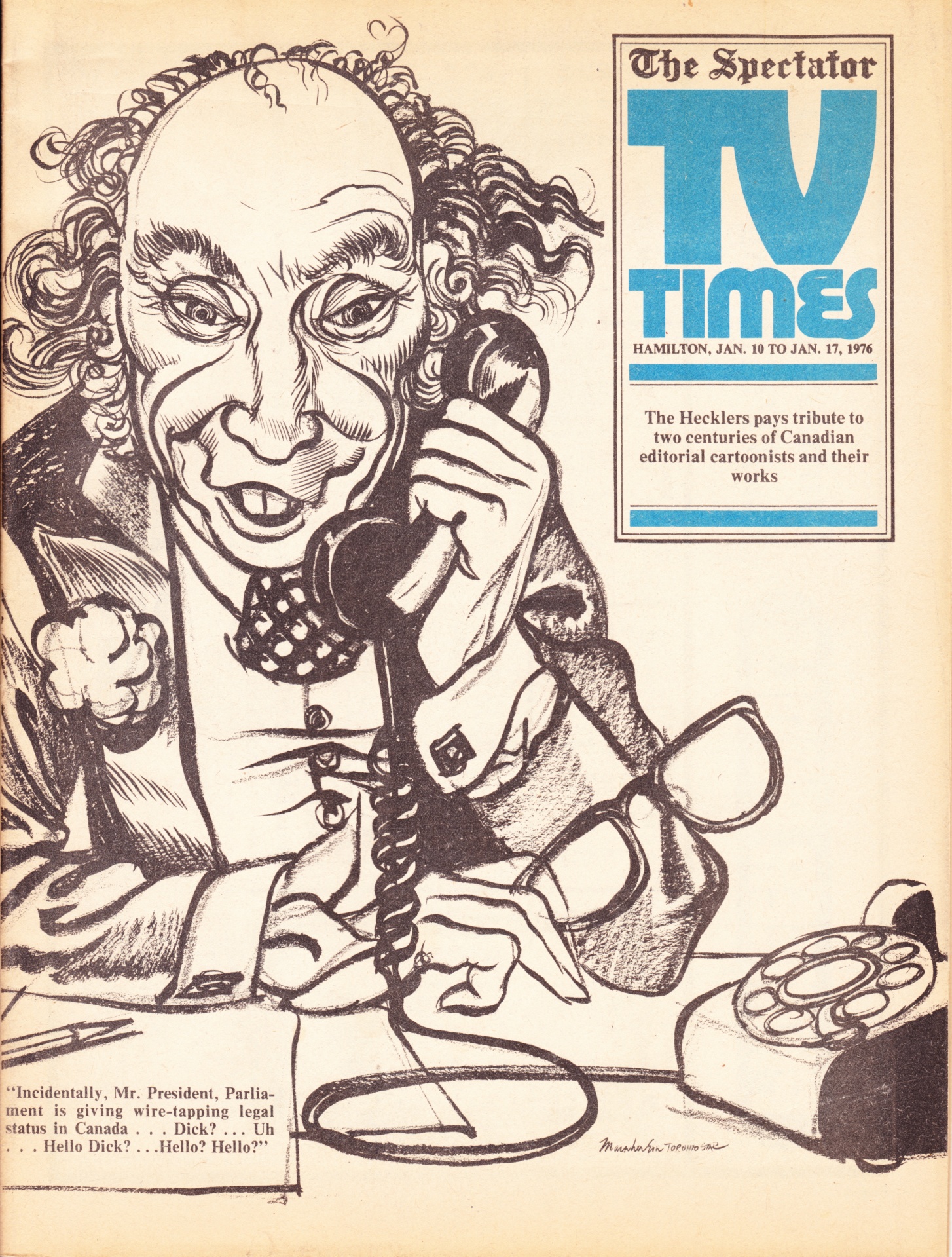