This institution has been collecting caricature, cartooning including wartime cartoon periodicals and illustration since 1906.

Stimulated by the interest of Marcel Masse then Minister of Communications, Lilly Kolton organized with input from editorial cartoonists a division within Library & Archives Canada called the Canadian Centre of Caricature later renamed the Canadian Museum of Caricature/Le Musée Canadien de la caricature. Located at 136 St. Patrick Street in Ottawa, it opened in June 1989. It had a collection of about 30,000 items, everything from single panel cartoons to original comic book art. “Our mandate is to acquire cartoons that depict events, personalities and issues of national concern.” James Burant, chief of art acquisition and research in the National Archives documentary, art and photography division said in 1992. In that year it had 45,000 visitors. It mounted exhibits, including “Guardians of the North” during February to June 1992, produced a bilingual periodical called Caricature and books. In 1994, it was closed down the result of budget cuts.

The cartoon and illustration material remains in the Library & Archive Canada.

Guardians of the North: The National Superhero in Canadian Comic-Book Art. Curator: John Bell. National Archives of Canada, 1992. Catalogue for the exhibit. 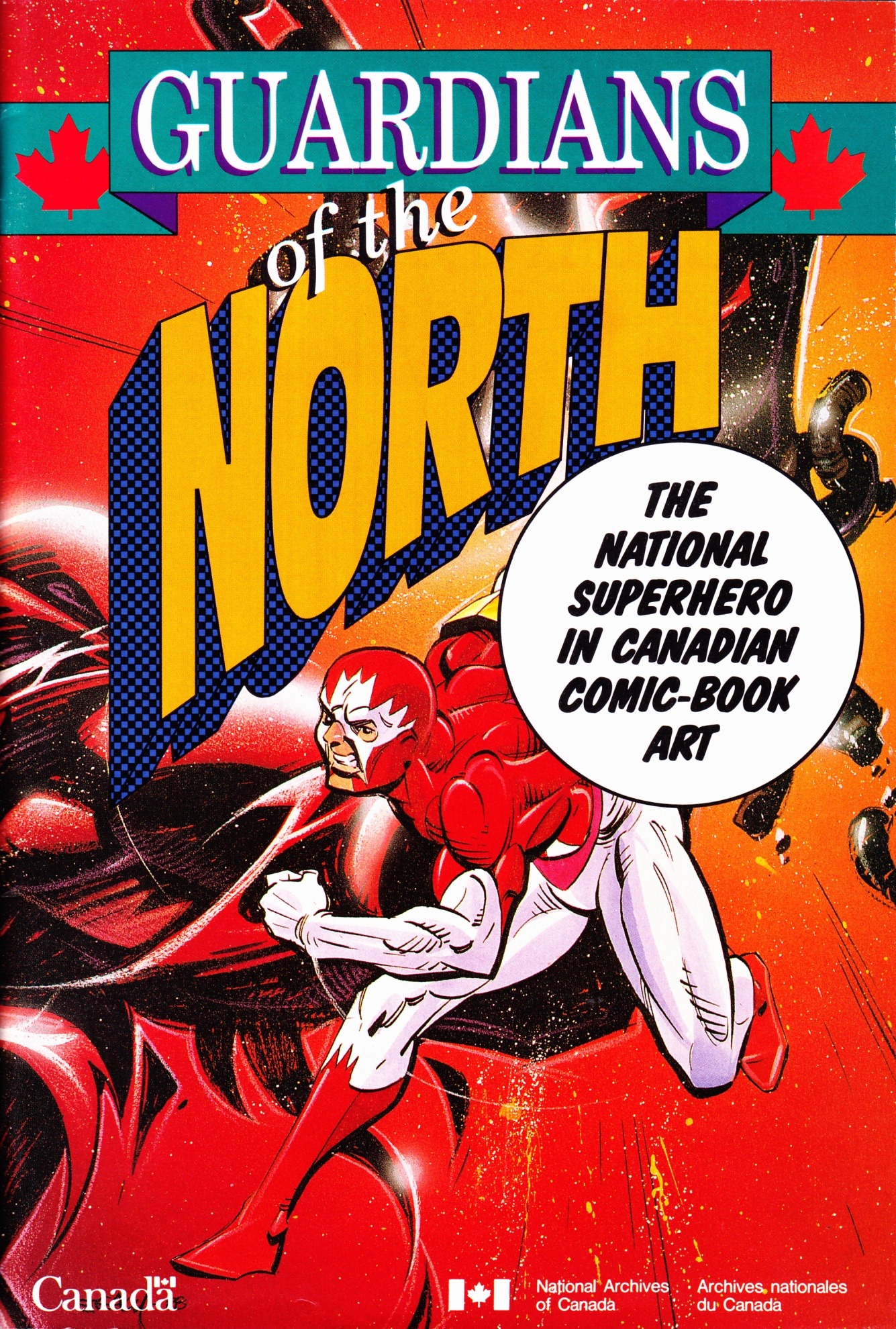 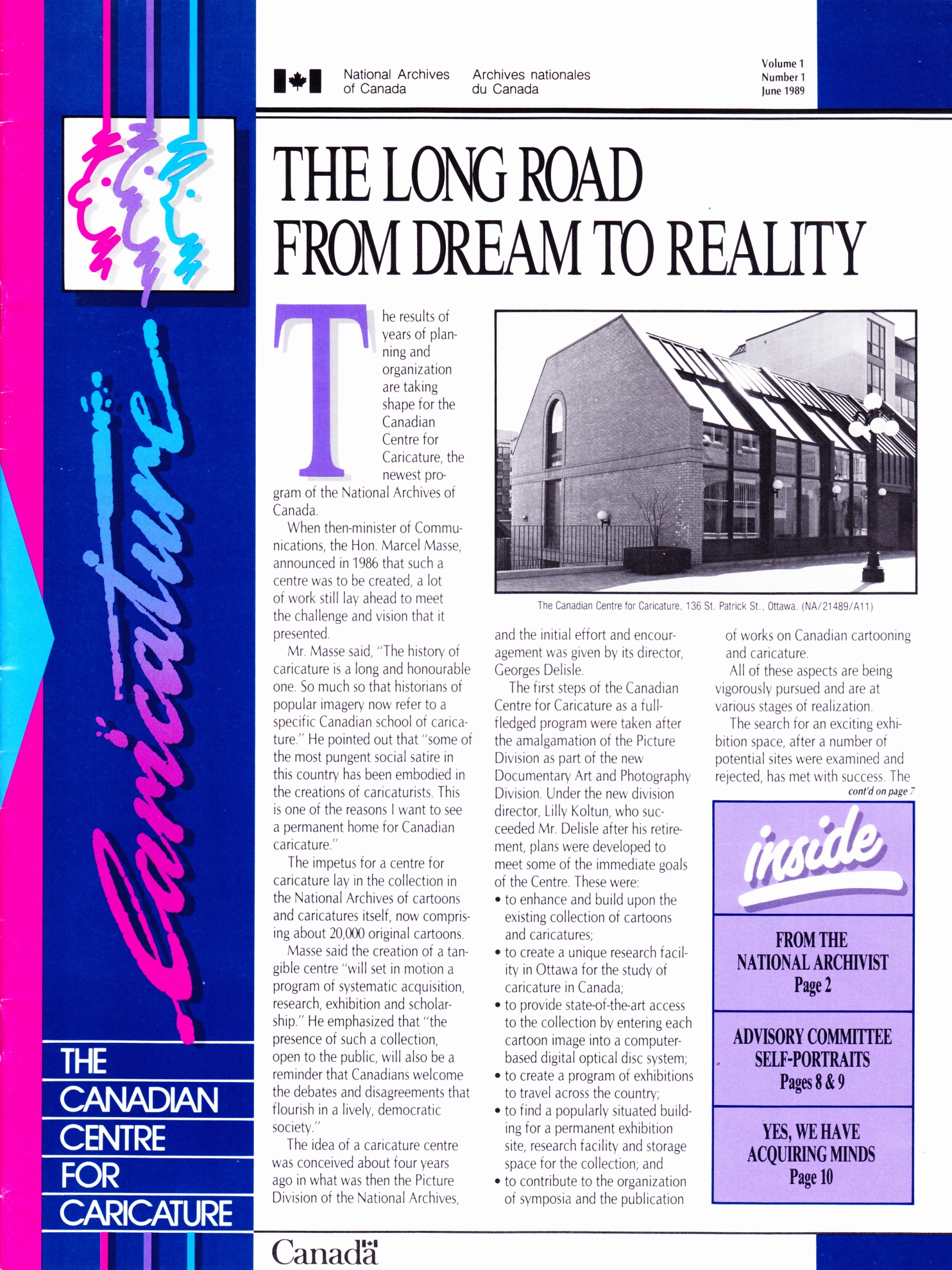 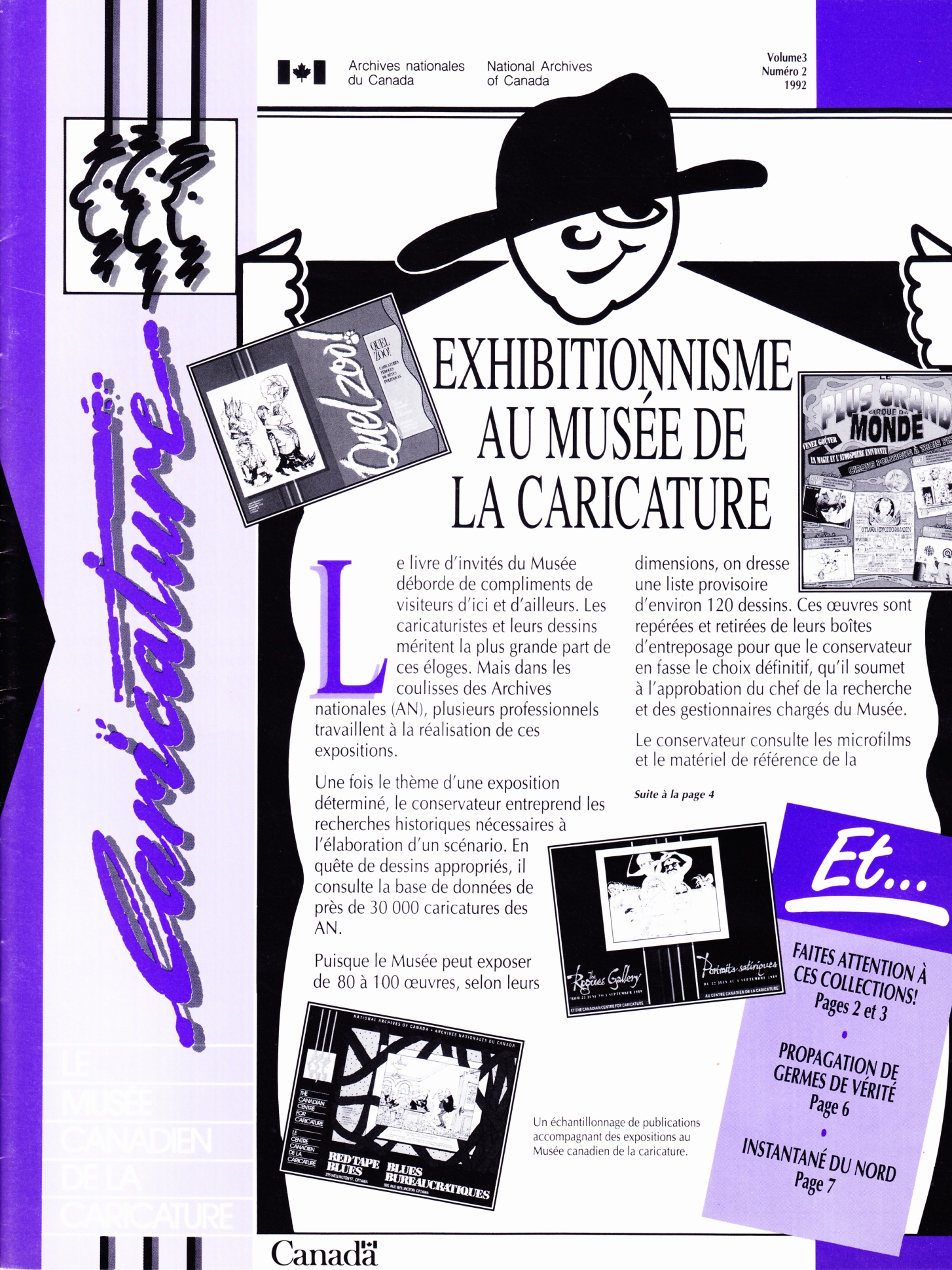 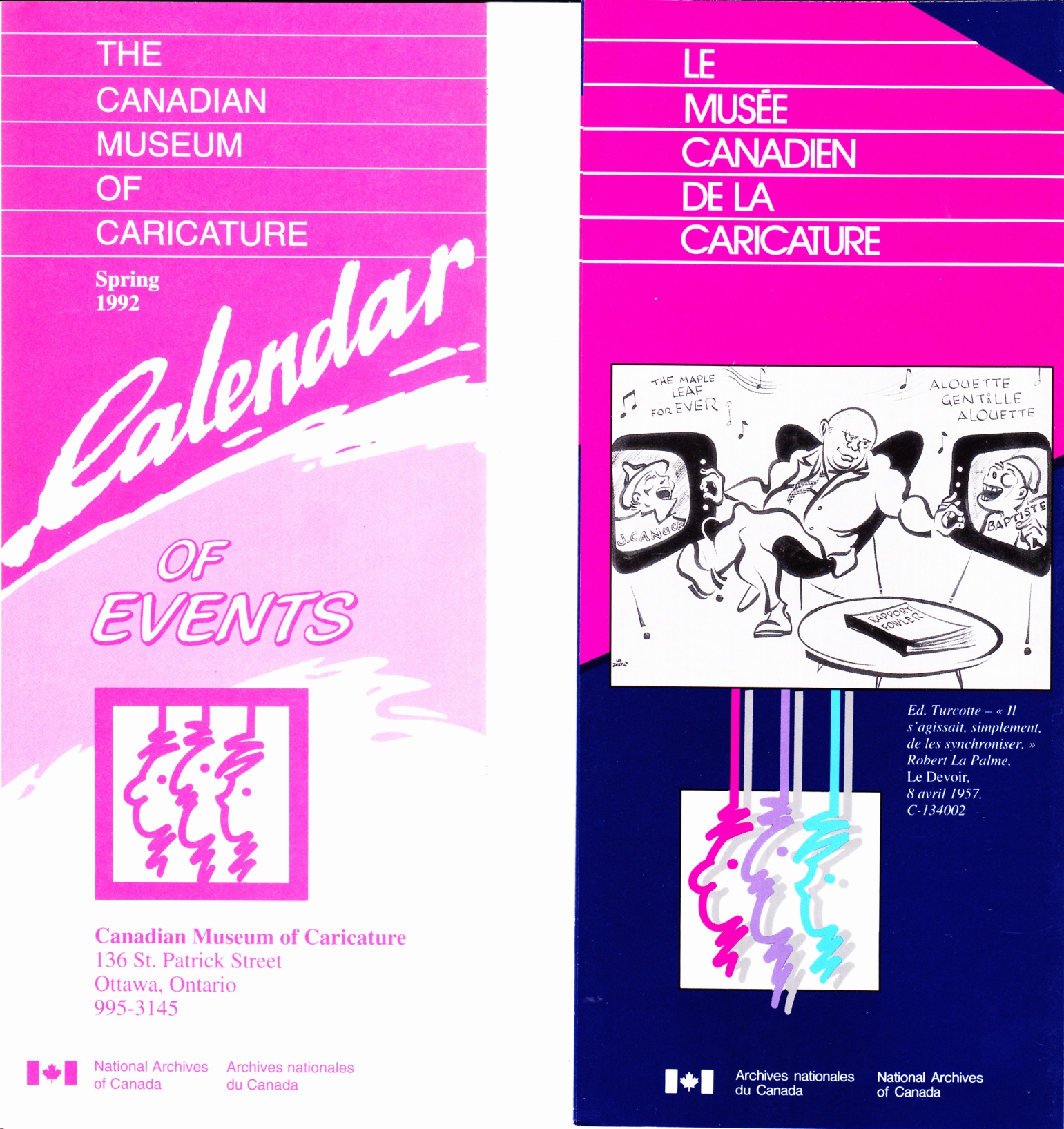 Two bilingual brochures advertising Museum events. The left one, 1992. The right one 1991. One can see that cut backs are already taking effect.