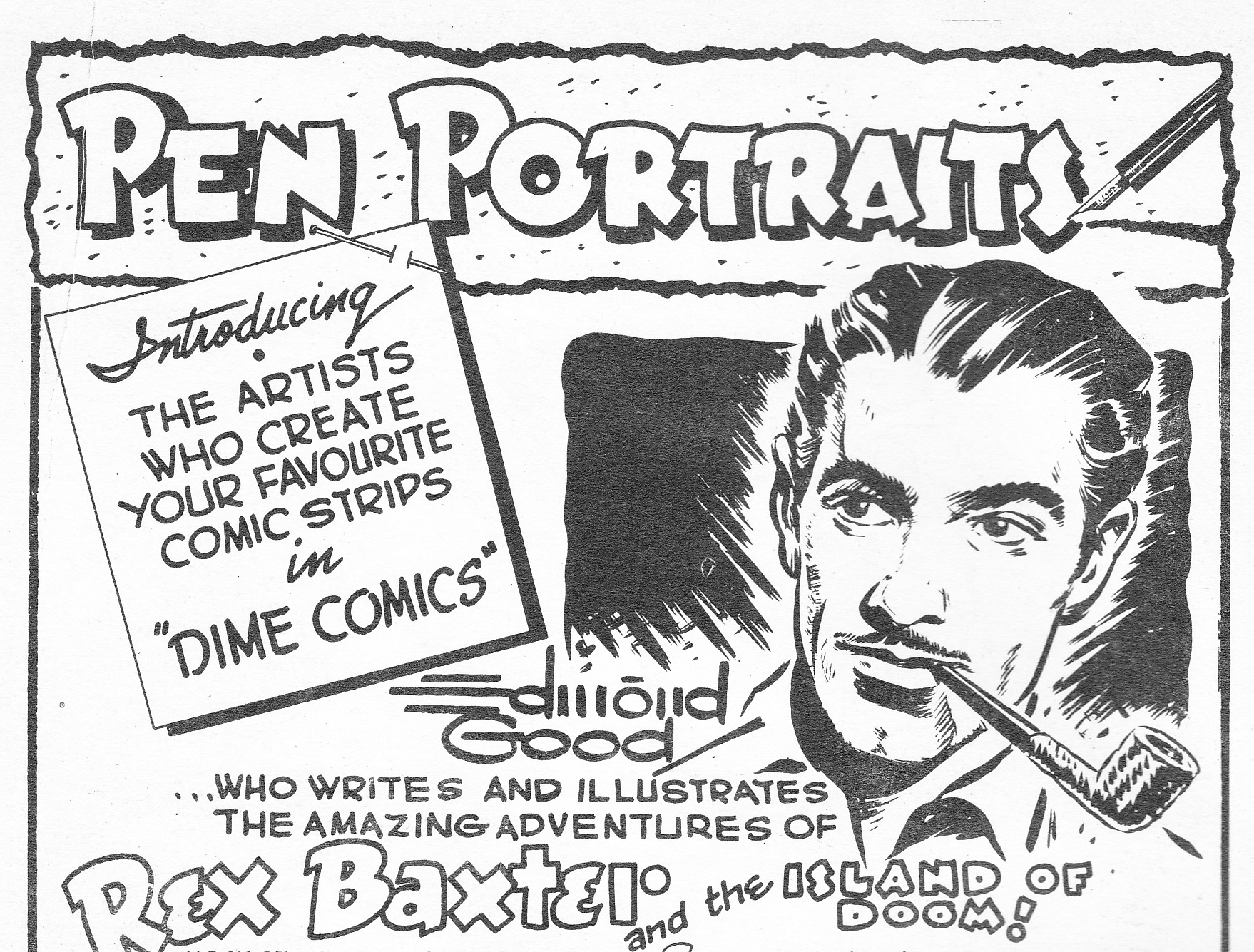 Edmond Good a self portrait? Dime Comics, 1-9: Inside Front cover.

Born July 1, 1910 in Saco Maine U.S.A., he came to Canada at age 10 years when his Canadian parents returned to settle in Hamilton Ontario. He attended the Hamilton Art School where he trained as a commercial artist. He married Audré Harrison in 1936 and had two children Aledra and Barton. With a family and one would think an established career in commercial art it’s a bit surprising he joined Bell Features. There he created “Rex Baxter”, a “Flash Gordon” type character for Dime Comics,1, Feb. 1942. One might think this move unusual but both Ed Furness and Syd Stein followed the same pattern and Good like Furness and Stein would move back and forth between the two occupations. Another interesting parallel exists between Audré Good and Pat Dingle wife, both of these women helped their husbands by contributing stories to Bell Feature magazines.

Late 1943, early 1944 Good left Canada to work in the U.S. To find out about that aspect of his career go to Ivan Kocmarek’s excellent article listed below.