“Franklin” began as a story “The Turtle They Called Chicken” that Paulette Bourgeois sent into Kids Can Press Ltd. This turtle was not only afraid of the dark but was also bullied. It was decided to narrow the problems down to one, fear of the dark. The title was changed to “Franklin in the Dark. Kids Can Press Ltd. selected Brenda Clark who had already illustrated two books for them, to illustrate the new story. The result was a success. Franklin in the Dark sold 10,000 copies in its first year and went on to be a popular book series. By 1997, the series had sold fifteen million copies in thirteen countries in ten different languages.

In the same year the characters became an animated television series, with distribution in North and Latin America and Europe. In addition there have been two feature length movies and a stage production. In 2003, there was a Franklin Children’s Garden, with a place for story-telling, a tree house, a turtle pond and a snail trail.

The Franklin stories involve a anthropomorphized turtle dealing with childhood problems and learning social skills. It is interesting that Franklin is the only character to have a human name. The rest of the characters have species names such as bear, beaver, goose, fox etc.

On 11 May 2012, Canada Post Corp. honoured this character with a first day cover, commemorative stamps and post cards. It also created a Party Invitation Package which included invitations, envelopes, stickers and a package of stamps that children could use to mail invitations to their friends. 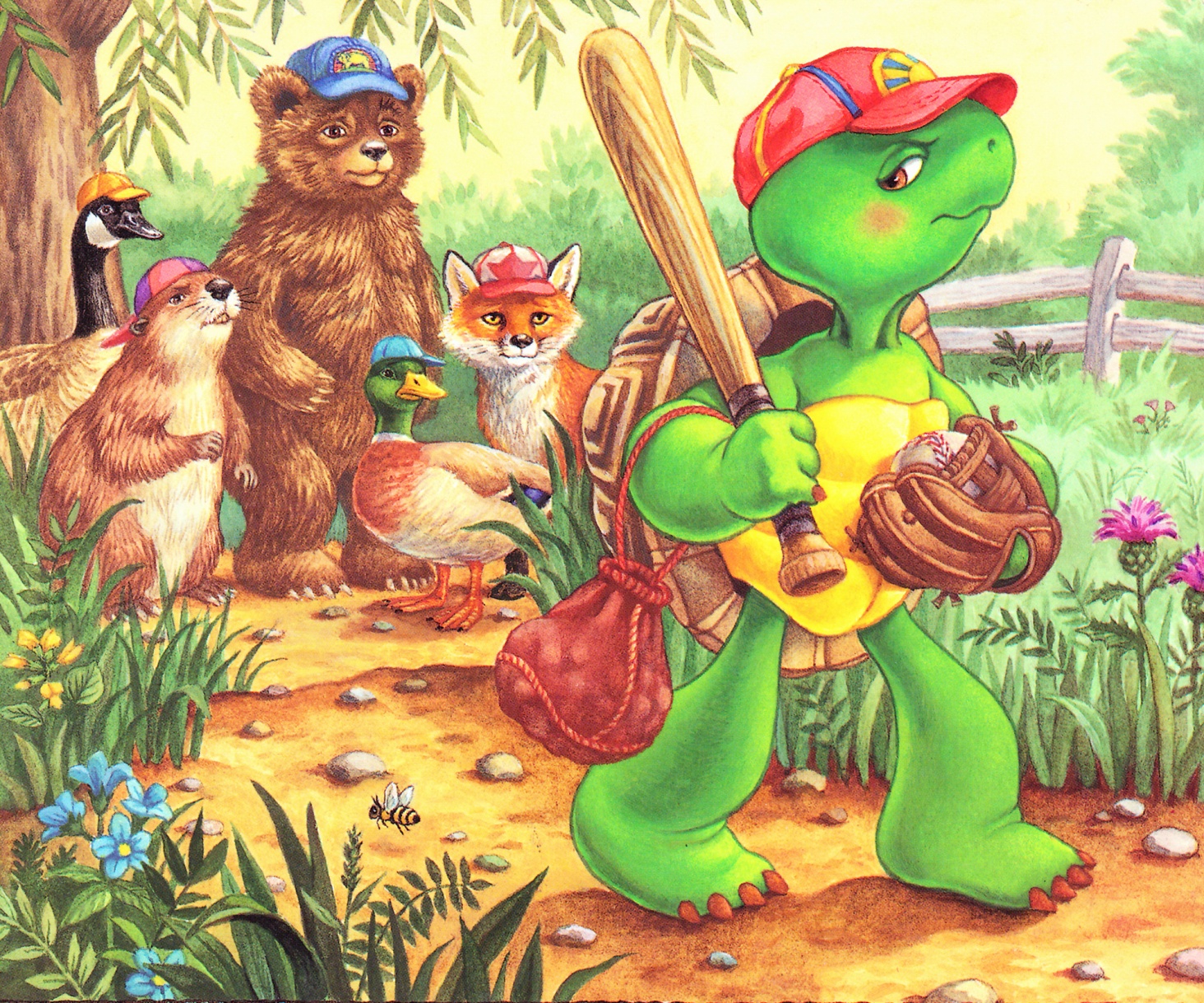 Franklin and his friends, Franklin Is Bossy, Front cover.