Creator of Dirty Plotte and a number of graphic novels, she was one of the core artists at Drawn and Quarterly.

“Dirty Plotte” began as a mini comic in September 1988. It continued for fourteen issues until Drawn & Quarterly picked it up and turned it into a regular magazine Dirty Plotte, 1,January 1991. This issue contained reprints from the mini comics. It garnered her a 1991 Harvey Award for “Best New Talent”. For the first three issues Julie appears to have lived in Québec. With issue 4, September 1991 she was in New York. By issue 5, May 1992, she had moved to Seattle. By Purty Plotte.9, April 1995, she had returned to Montréal. In 1996 Oliveros and the Drawn and Quarterly artists were featured guests at the Haarlem Comics Festival in the Netherlands in Europe. With Purity Plotte, 10, December 1996 she was located in Berlin. She returned to Montréal perhaps in 1998 and about this time turned her attention to other projects, linocuts, collage and Paper Mache sculptures. In 2006 L’Oie de Craven published À l’ecole de l’amour a book of her poetry illustrated with collages. She also illustrated the cover for a Penguin version of Mary Alcott’s Little Women.

“Dirty Plotte/Purity Plotte” began as a series of short cartoon stories which slowly expanded into stories occupying all or nearly all the periodical. Ostensibly the stories are autobiographical but sometimes it is hard to determine how much was experience and how much was imaginative reaction to experience. 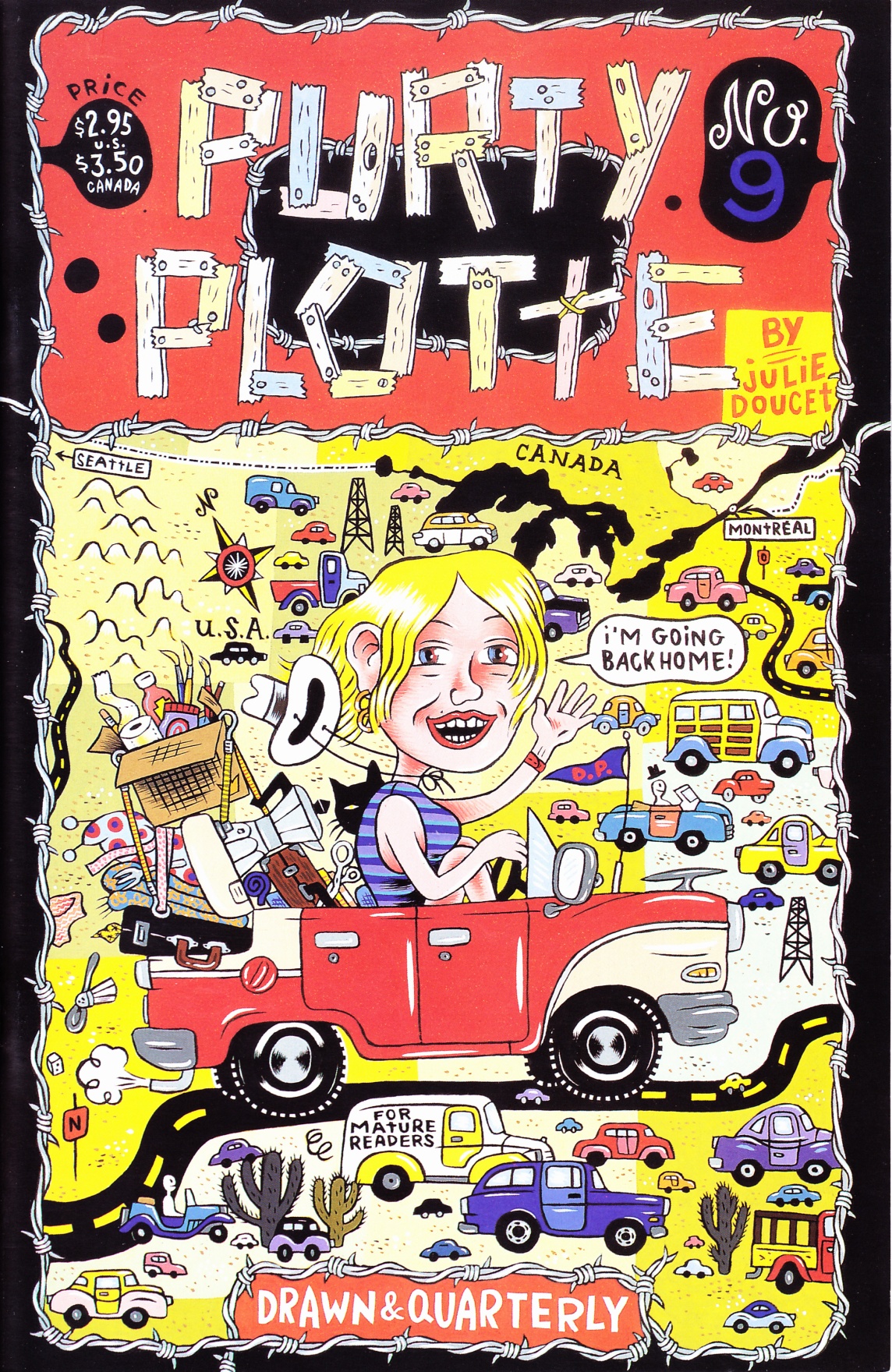