DON SHIELD AND HIS REVERSO RAY

Ed Furness created this character. He and his wife were sitting on a bench at the Sunnyside Station (Toronto) when he speculated about a ray that would stop or reverse the forward motion of the passing train.

“Don Shields” was an anti-axis agent and the inventor of the reverso-ray which emanated from his chest and reversed the motion of any moving object. He and Saba his Hindu aid combated the axis powers principally the Japanese in east Asia. By issue 1-8, it appears that Ed was only writing the story, and it was illustrated by someone else. 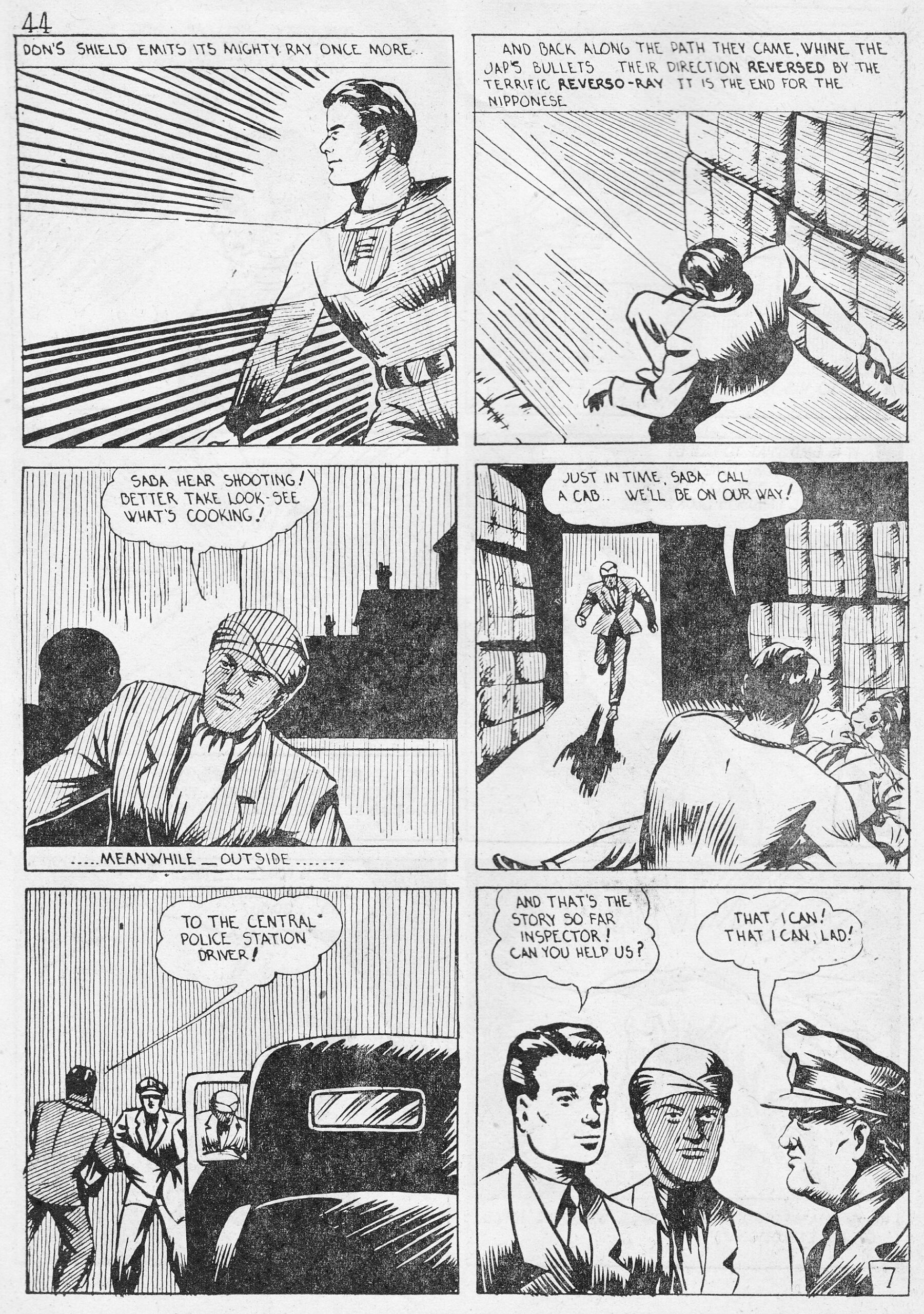 Cartoon stories didn’t always remain in the realm of the imagination. Here Ed made reference to the defense of Hong Kong in which Canadian soldiers participated. Hong Kong fell and the Canadians that survived were taken prisoner. For that story read the novel A Handful Of Rice by William Allister who was one of those prisoners.