A secret agent created by Bert Bushell for Maple Leaf Comics. Deuce Granville begins as a Commando on a secret raid guided by an agent “Morgan” behind enemy lines. Unfortunately the agent is discovered and shot and the Commandos are ambushed. Deuce is wounded but taken to safety by an “old” woman, who also saves the Commando company. It turns out the “old” woman is a “young “ woman called “Leona” . The Commandos escape back to Britain thinking “Deuce” is dead. He in turn uses this as a cover, partners with “Leona” and takes over where Morgan left off. 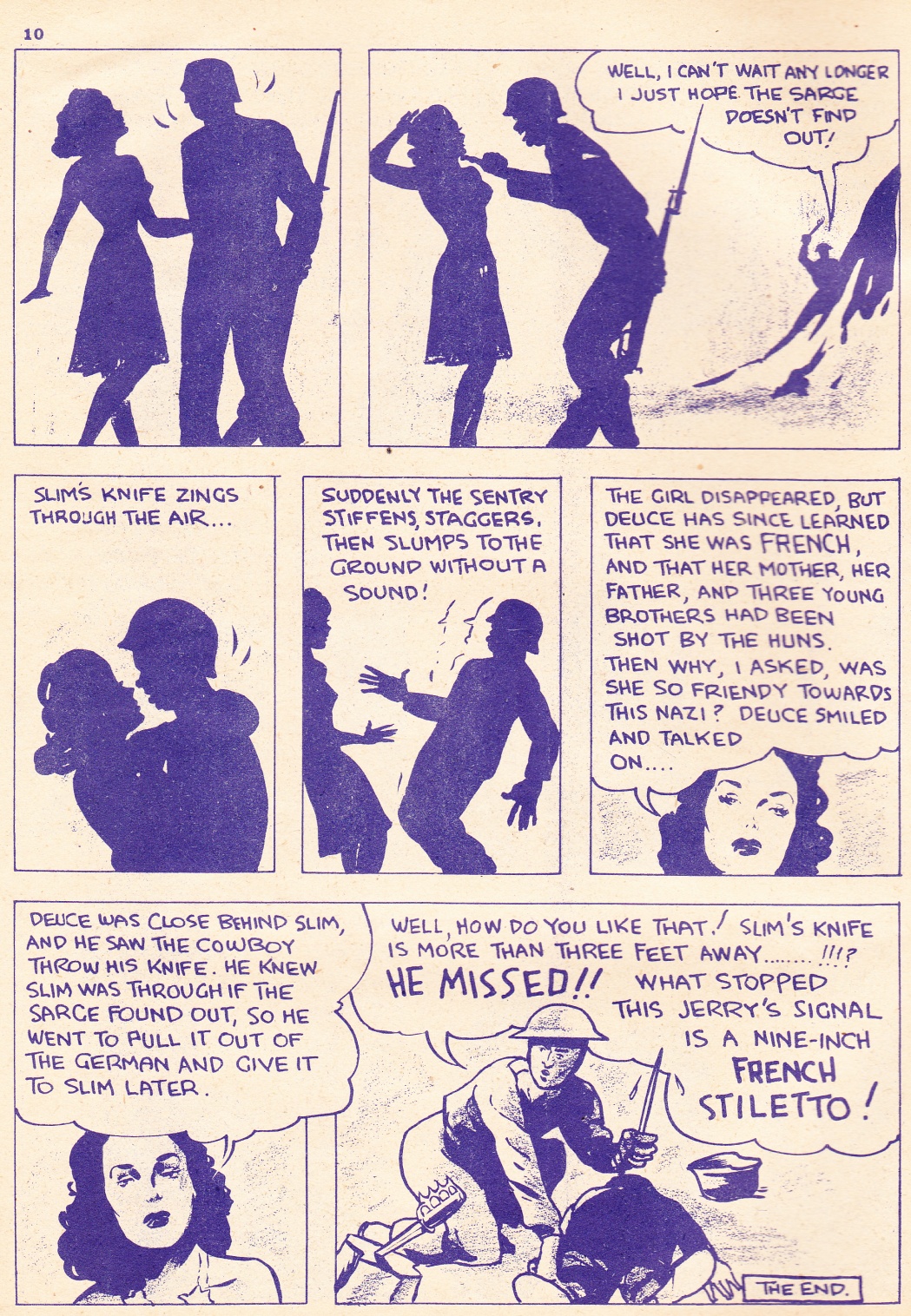