According to Ed Furness this character originated at Fawcett Publications but Anglo-American employee Amby Fish was the cartoonist throughout.

The character began in Three Aces issue1-5 as a wise cracking reporter with a jealous female reporter partner named Hep. They hunted out spies. In issue 1-8 Hep was replaced by a big clumsy cameraman Runt Rutch. By issue 2-1 February 1943 at least, Deadline Dick had become a costumed hero who used a serum to gain extraordinary physical powers. He had picked up a new partner costumed hero Doc Gordon. After issue 2-3 the character was dropped. 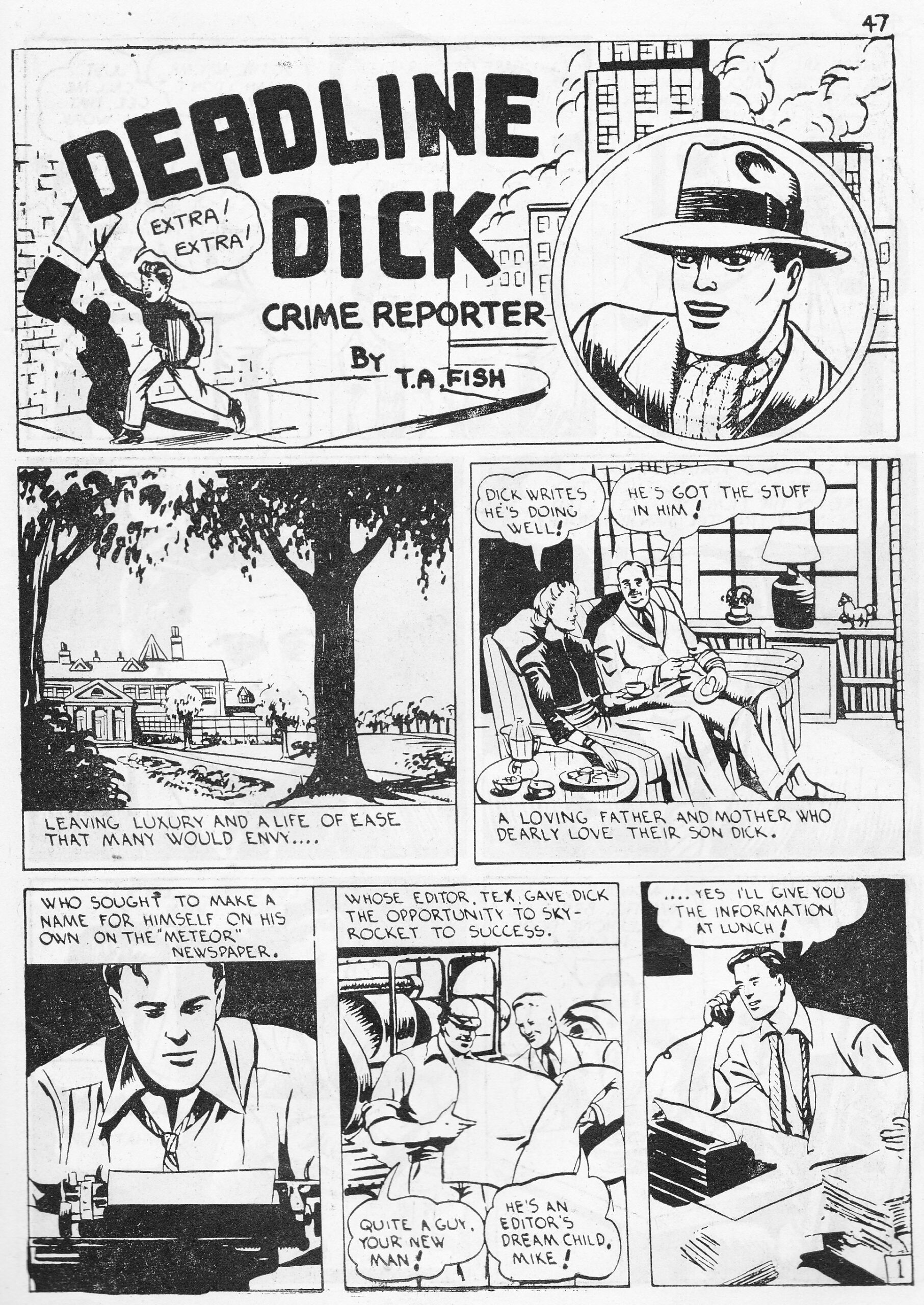 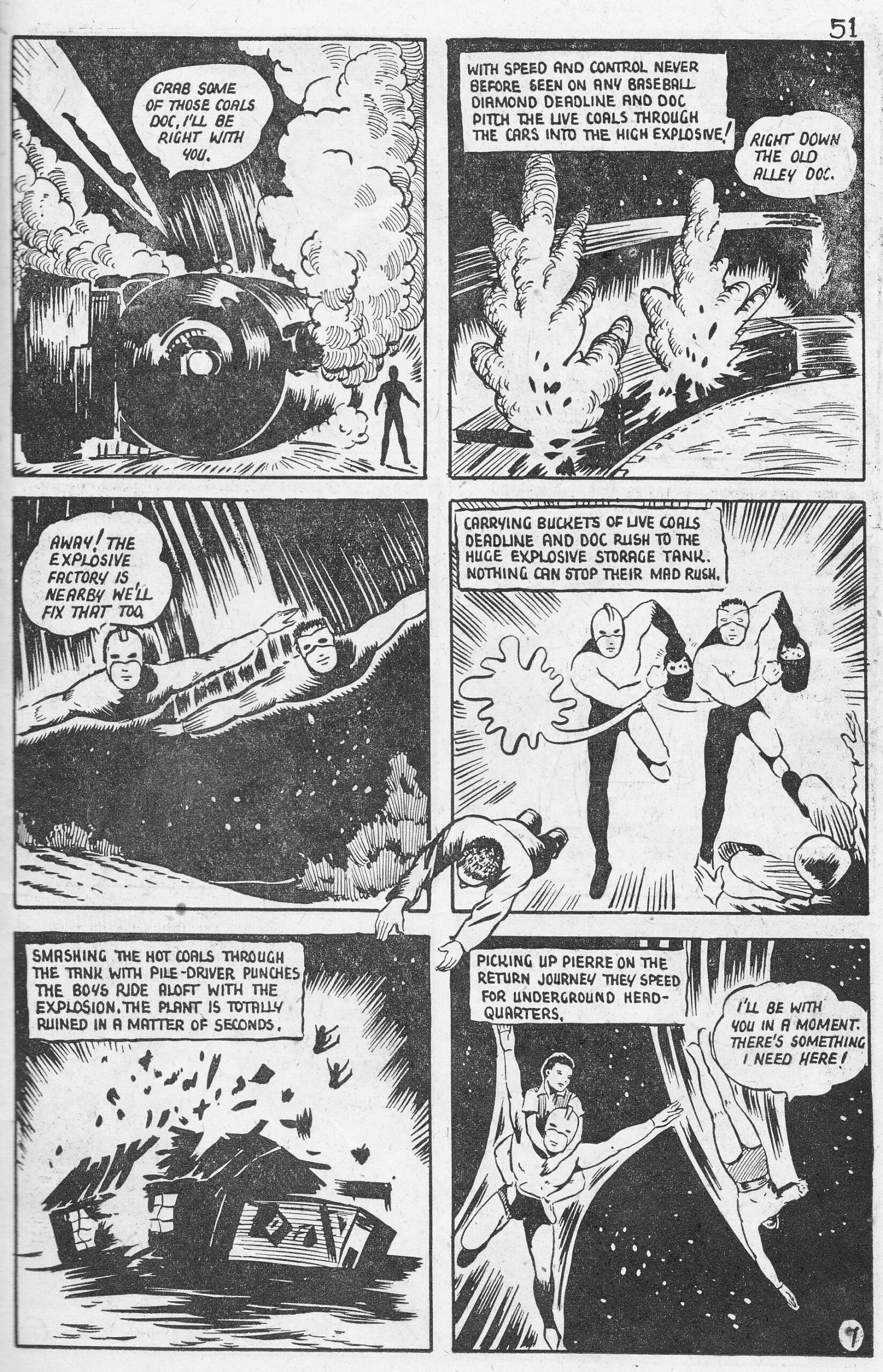