This short lived comic strip which was syndicated in 40 papers began June 2, 1958 and ended December 6 of the same year. The Toronto Star Syndicate dropped it because of “weakening artwork and storyline.”

The strip was created by writer Bill Dulmage and illustrator Bob McCormack who were ex-RCAF pilots. McCormack attended the Ontario College of Art for four years part of that while he was in uniform as a pilot and instructor. McCormack developed the idea from 1945 to 1957 while working as a photographer in the family business in Belleville. Bill Dulmage was also an RCAF type who then went to the Carleton School of Journalism after which he entered public relations. The two met and from May until December 1957 they worked out the Danny Fortune strip. The Toronto Star Syndicate then picked it up for distribution. Both McCormack and Dulmage contributed to the strip from June 2 1958 to November 1, 1958 then McCormack carried on the strip alone from November 3 to December 6, 1958. The strip ran in the Toronto Daily Star from June 2 to October 1 1958 and in the Brantford Expositor from June 2 to December 6, 1958.

The opening story involved a triangle between Fortune, his partner Mike Steel and Tanya Kane who was modeled after Gloria Noakes a former Miss Universe contestant. Complications occurred when Tanya’s sister Terry Kane is kidnapped in Paris France and Tanya is told by the evil Kurt that to gain the release of her sister Tanya must steel secret information from Fortune and Steel who are test flying the Arrow. While Tanya tries to steel the information the plot is discovered and a trap is set to capture Kurt. The trap is sprung but Tanya is run down by Kurt and dies but Kurt is captured and informs on his superiors. At this point the strip suddenly shifts direction. In deed the strip seems to loose direction. 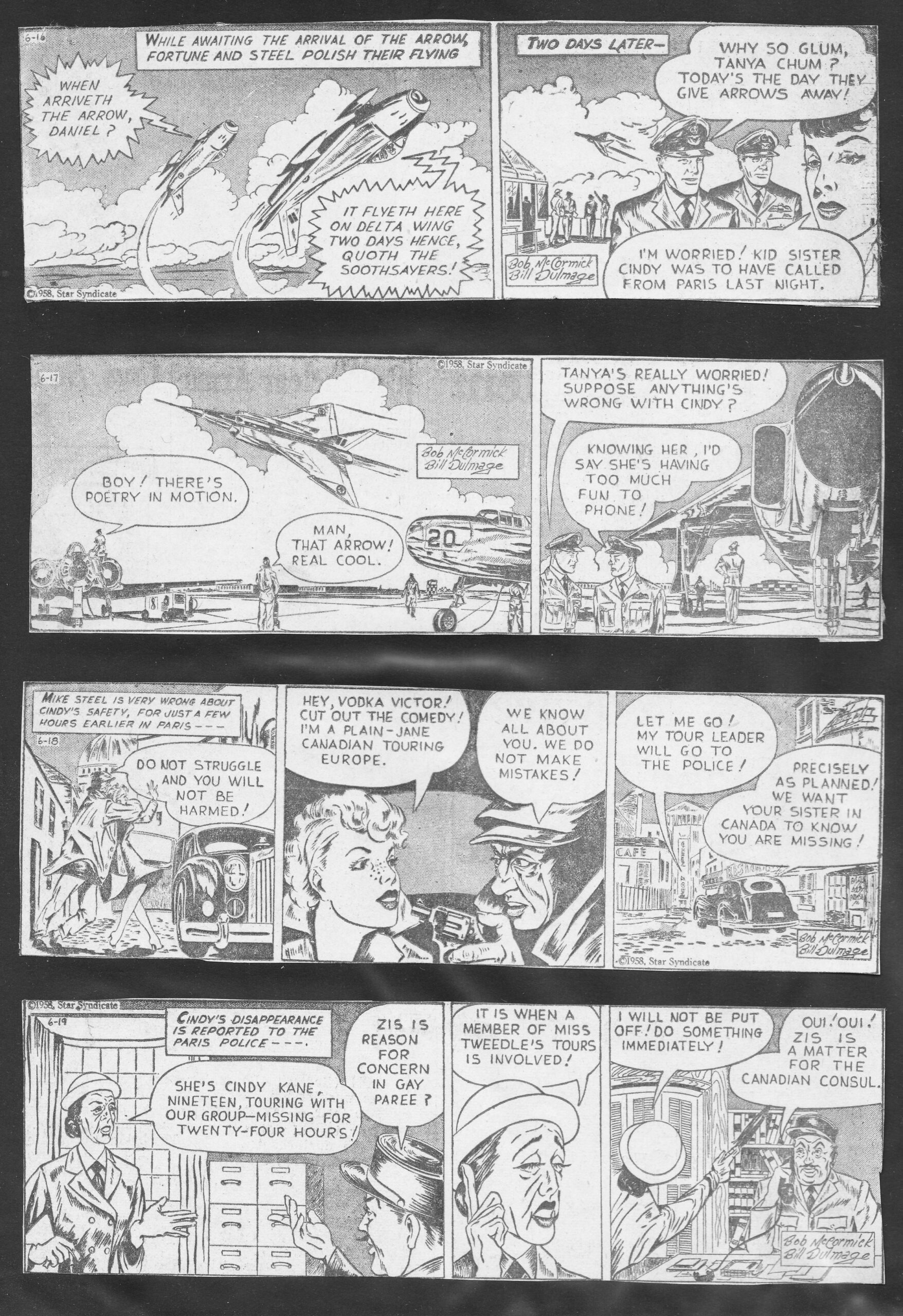 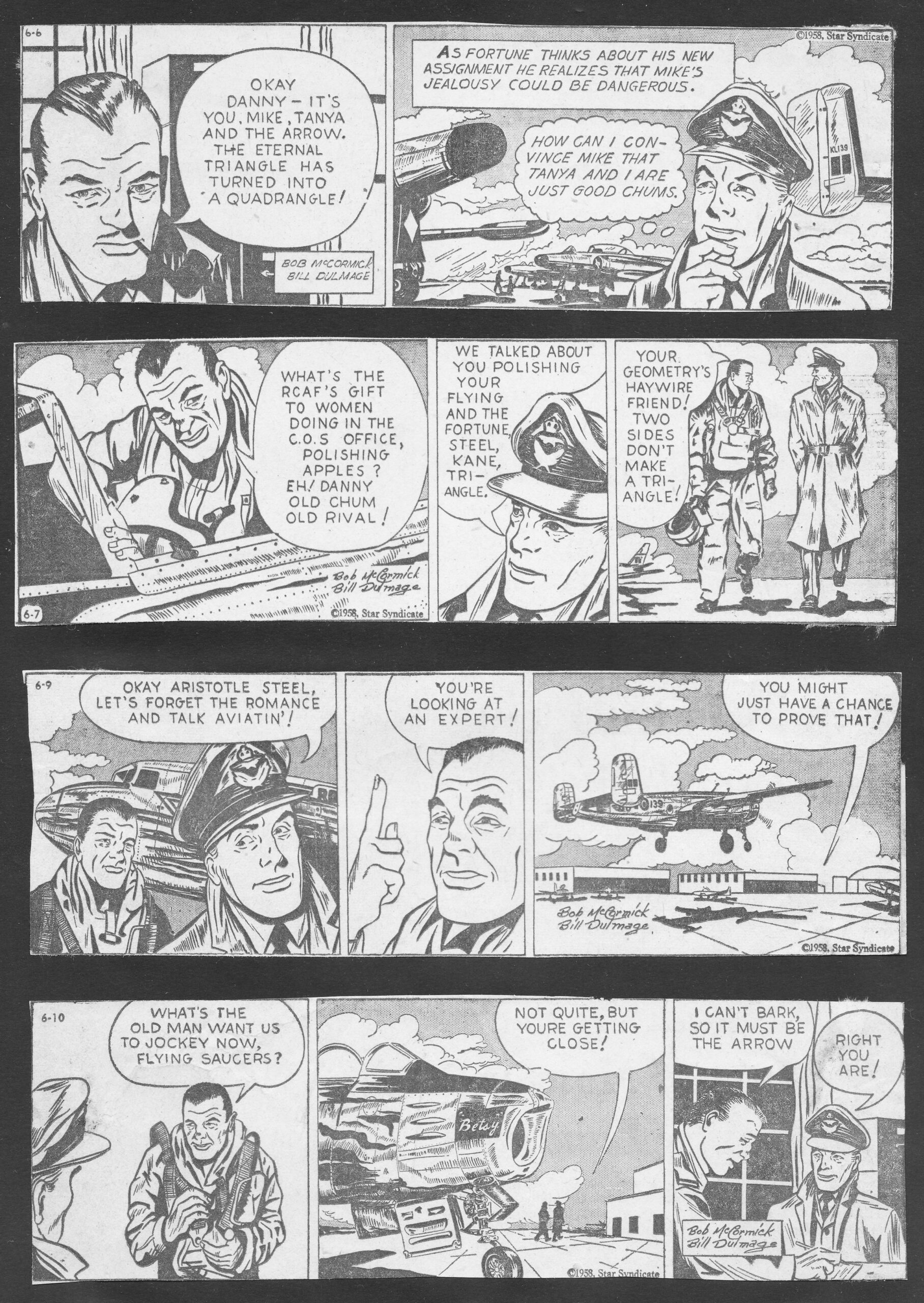 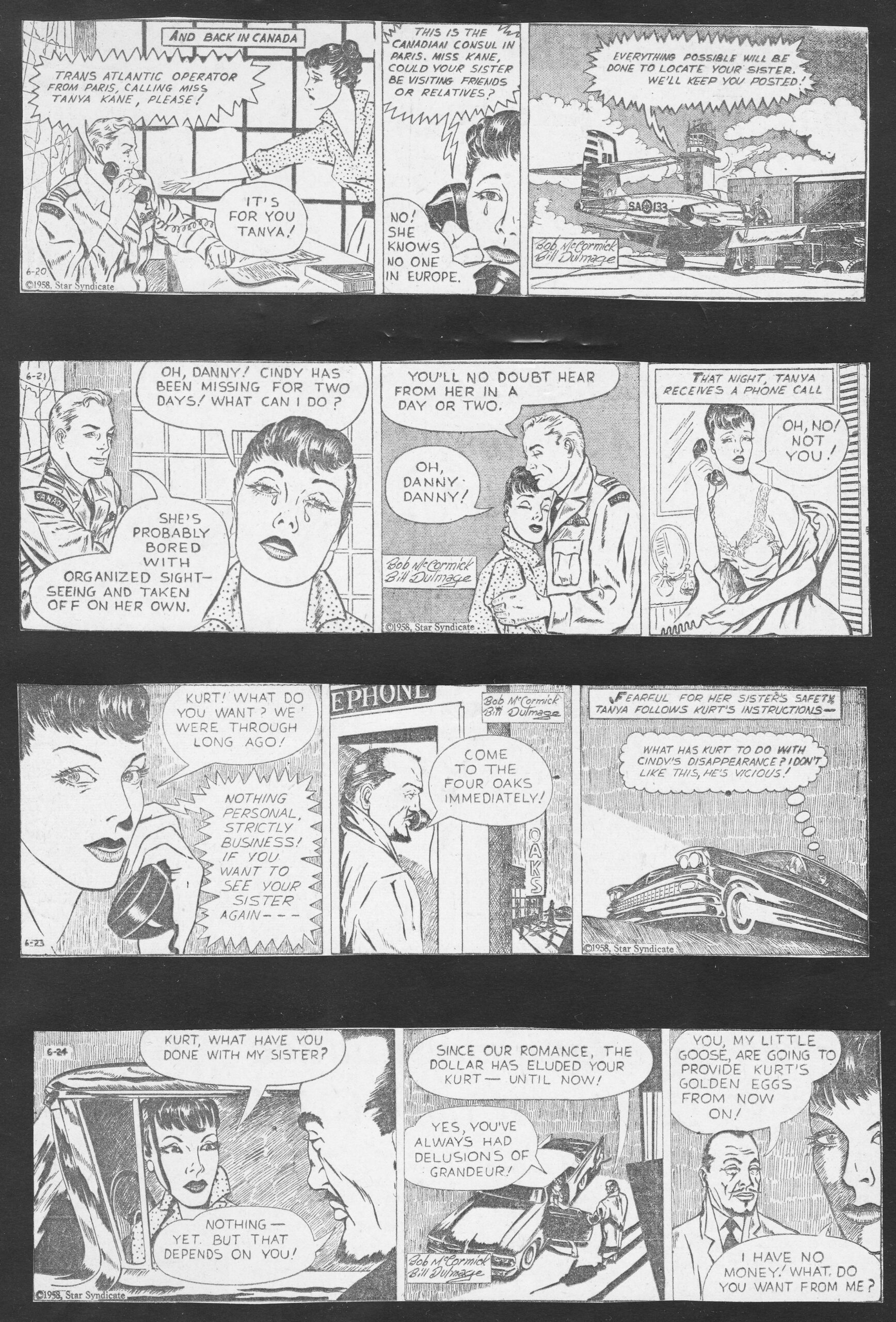 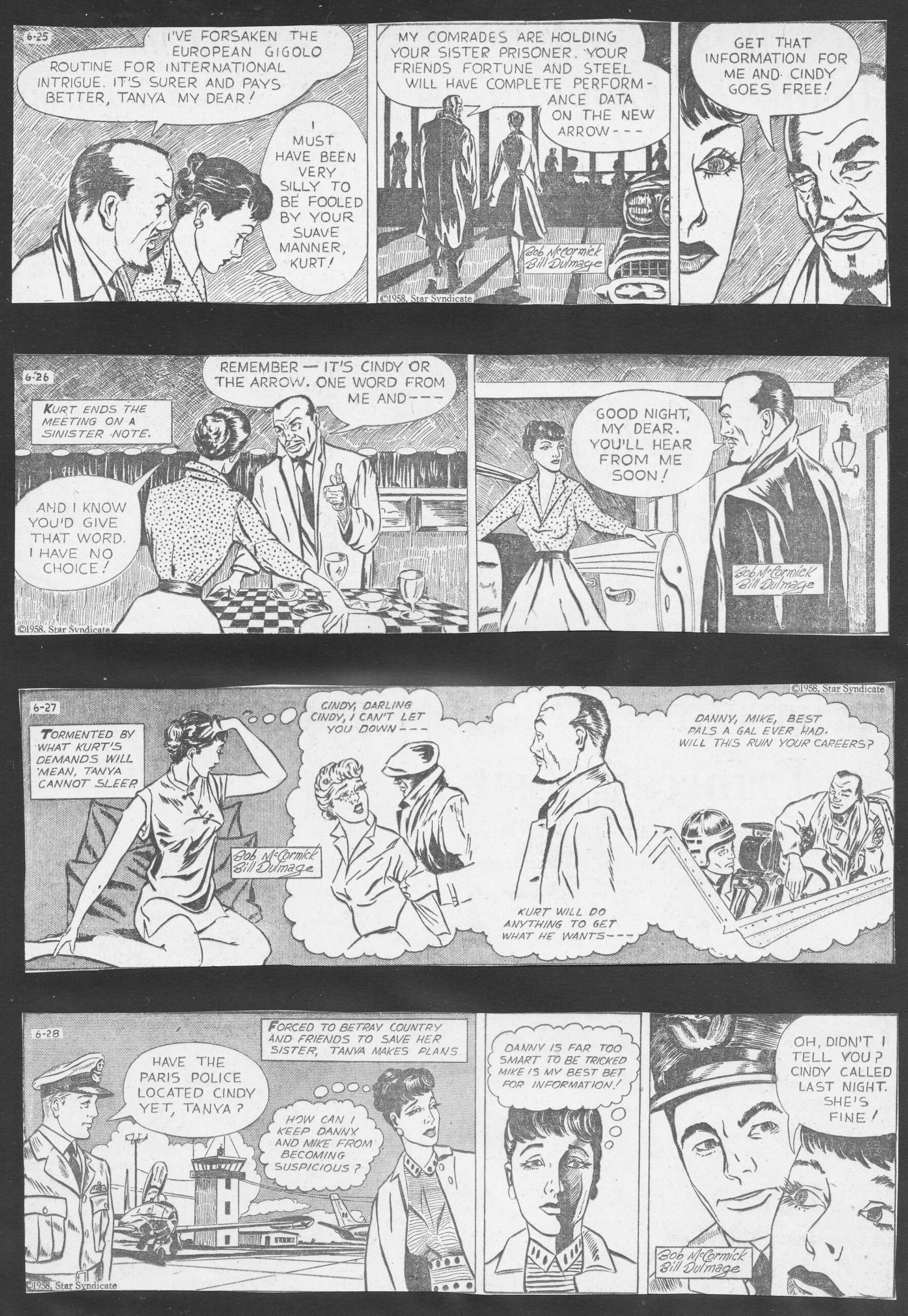 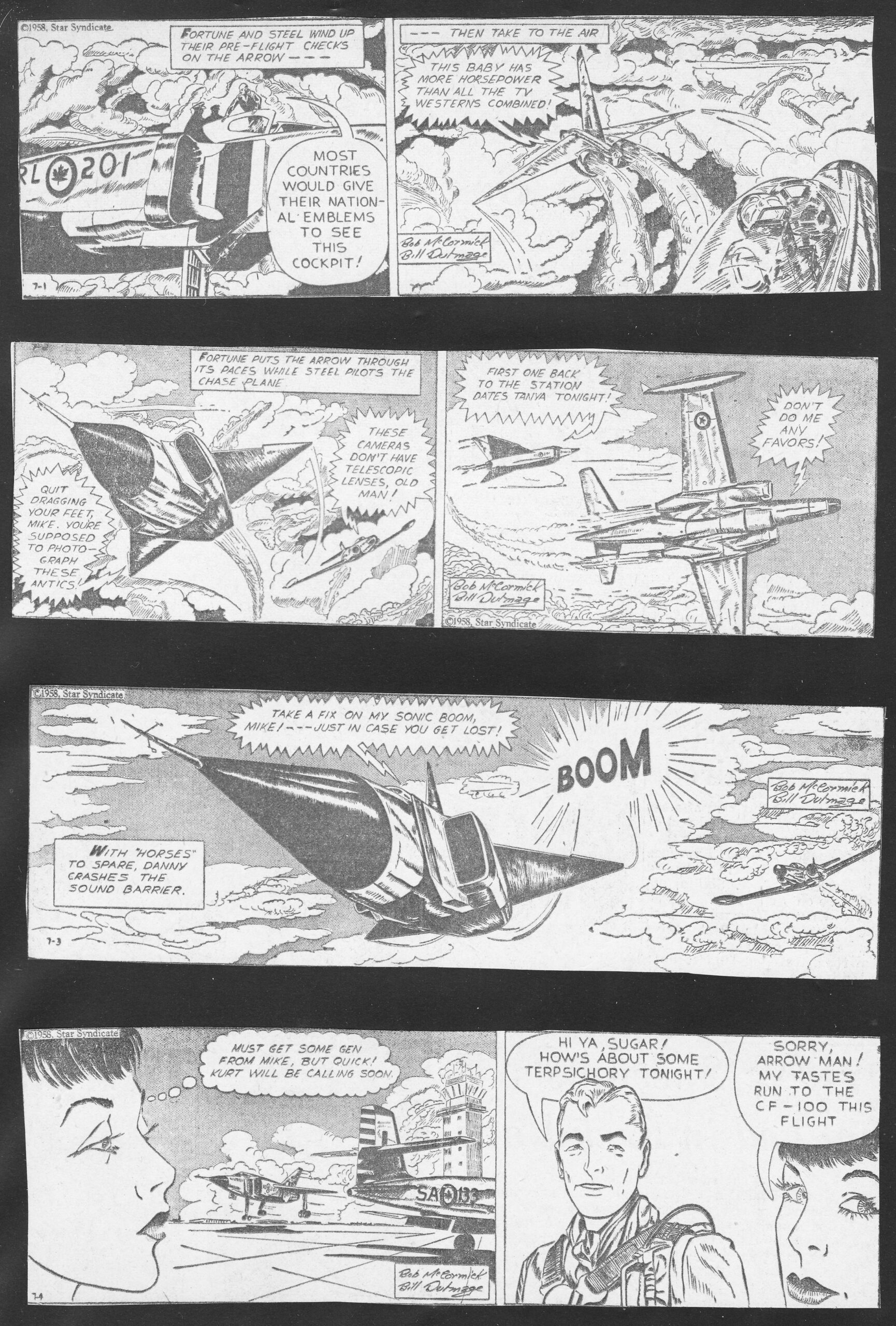 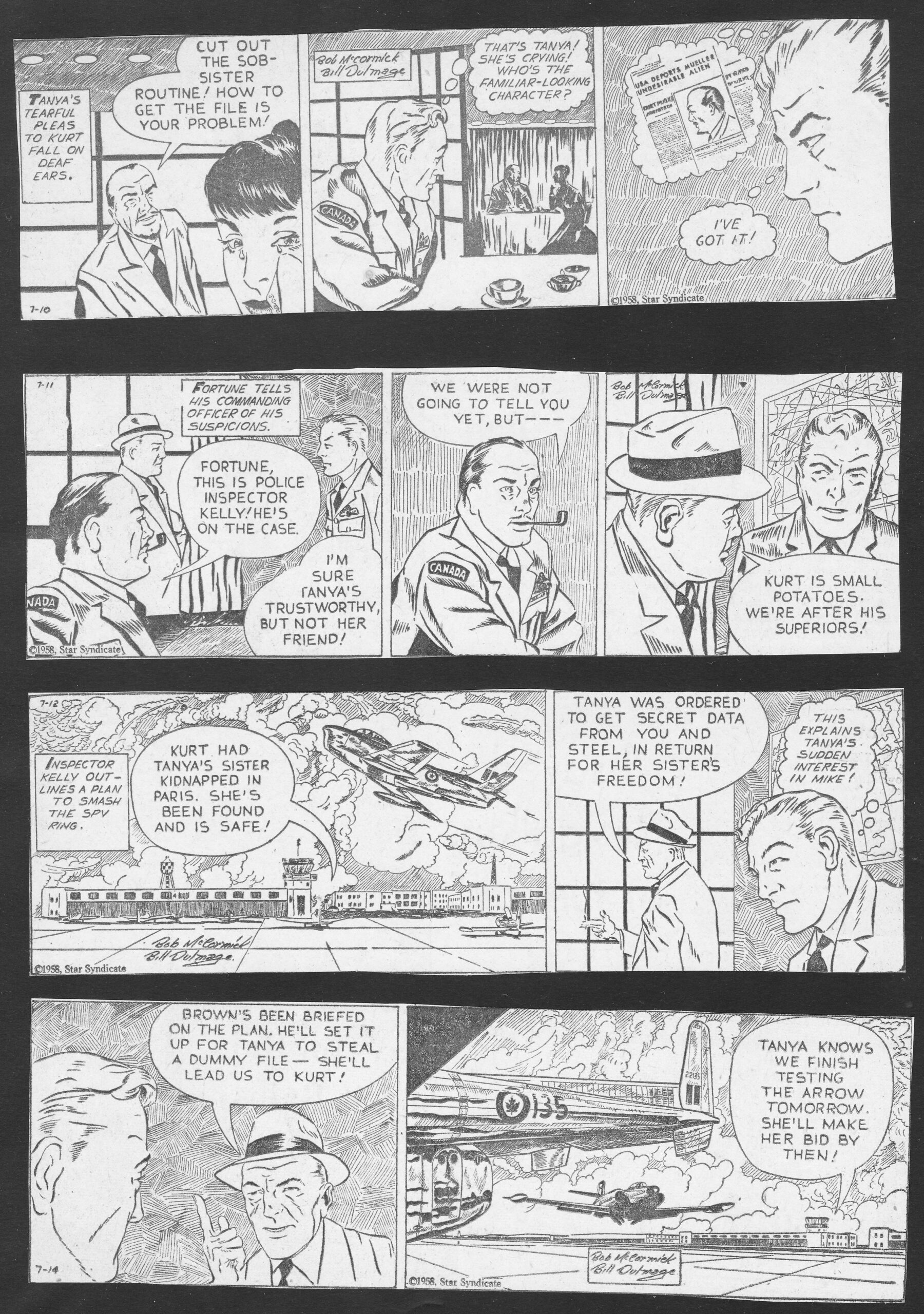 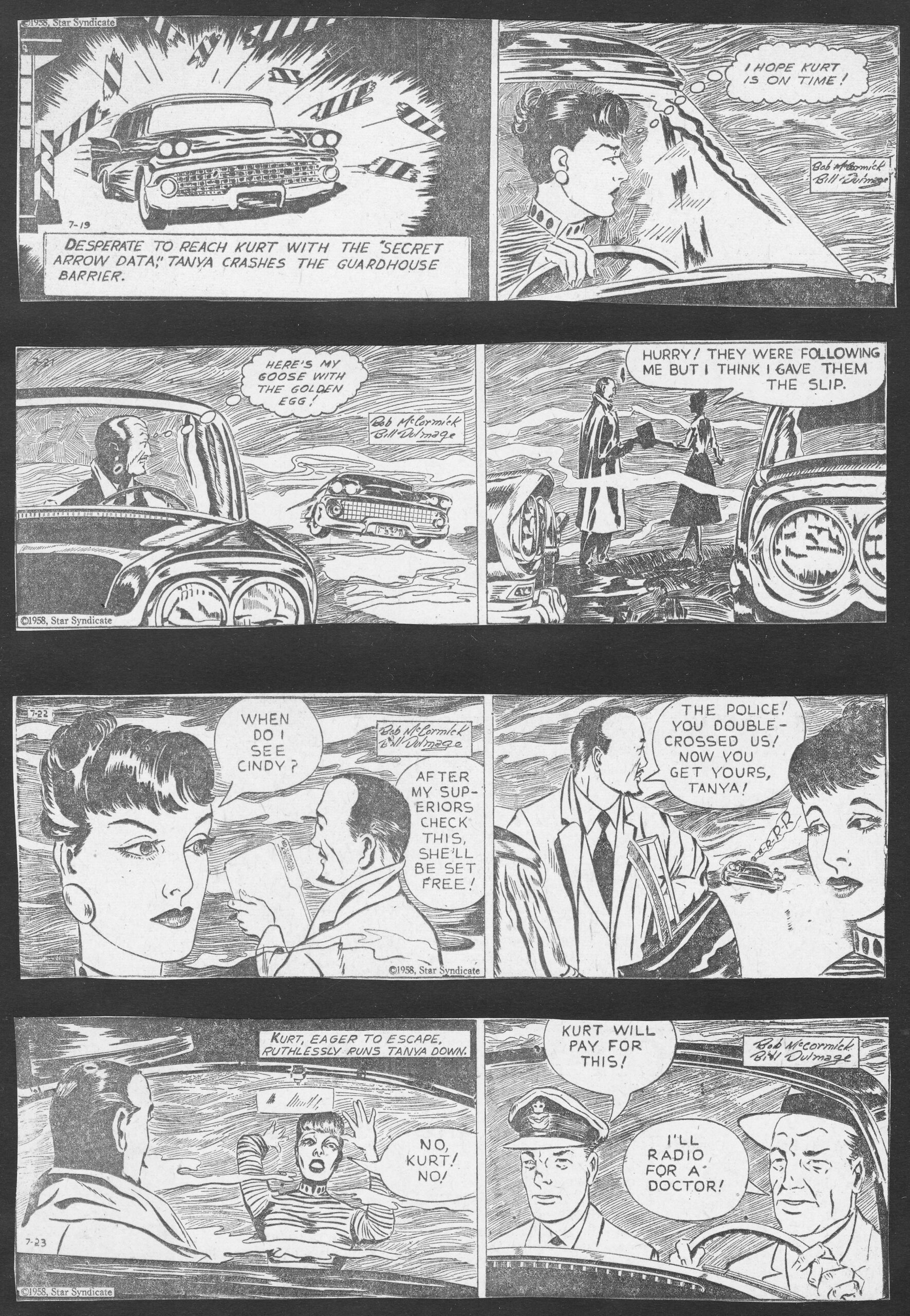 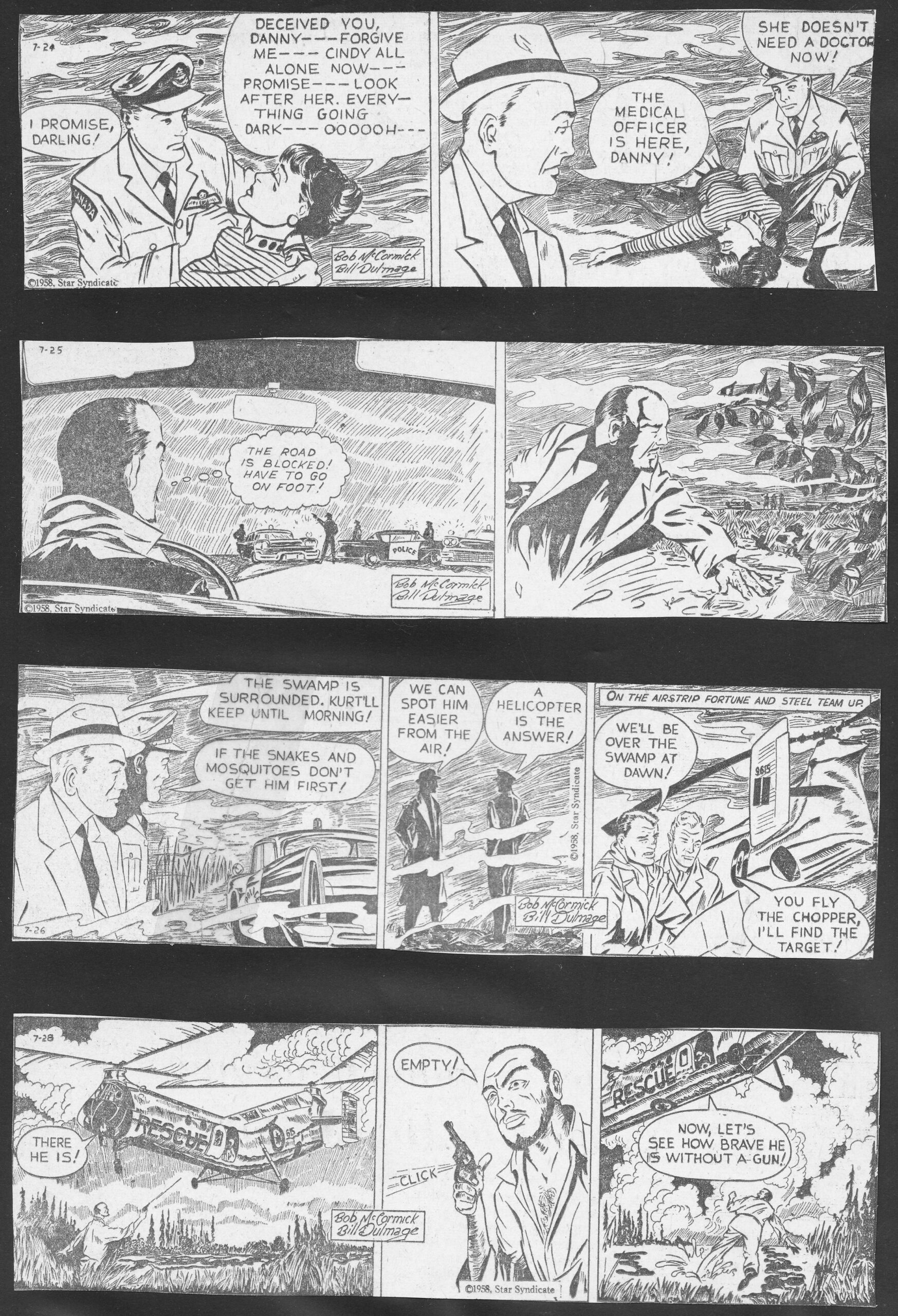 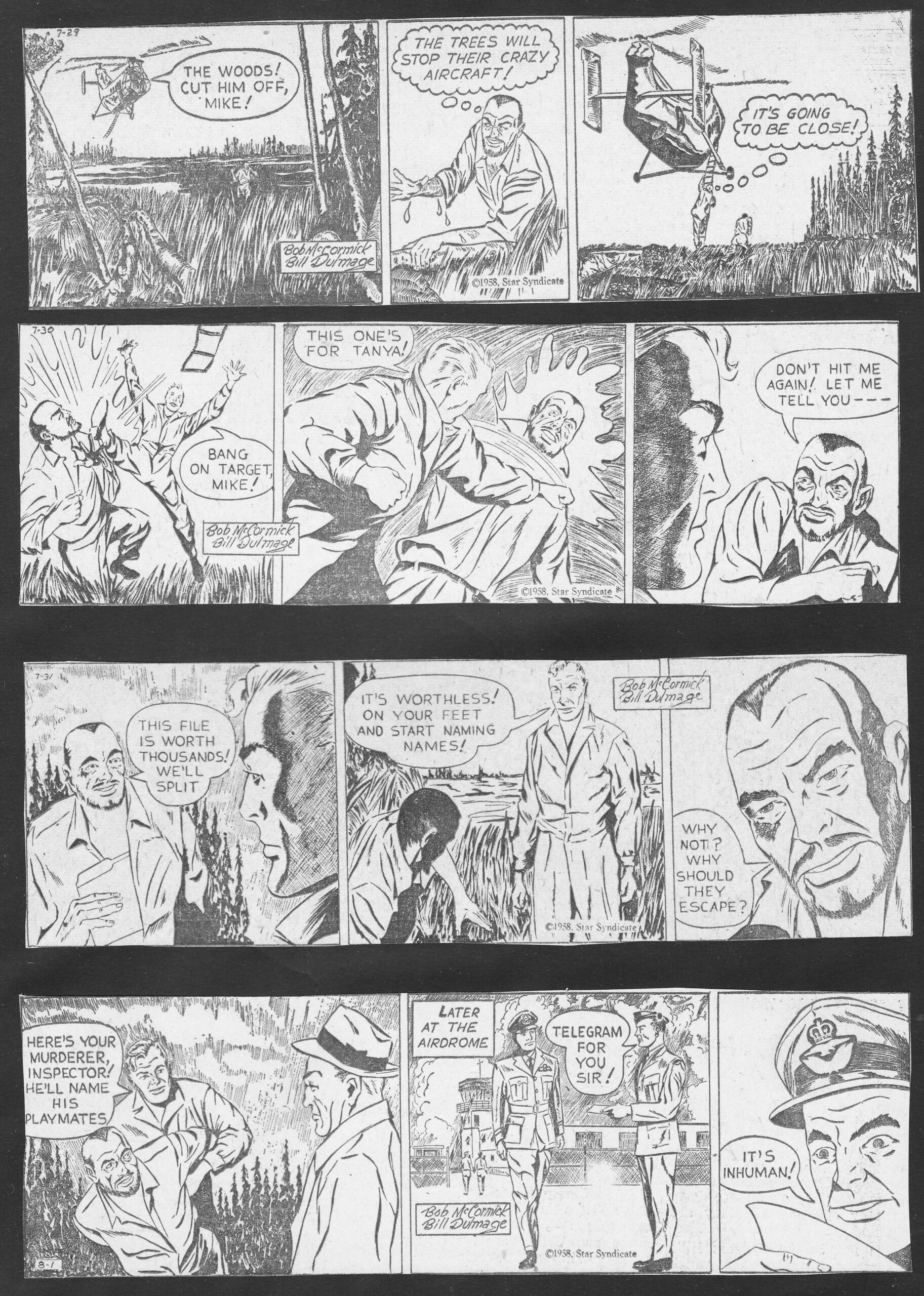