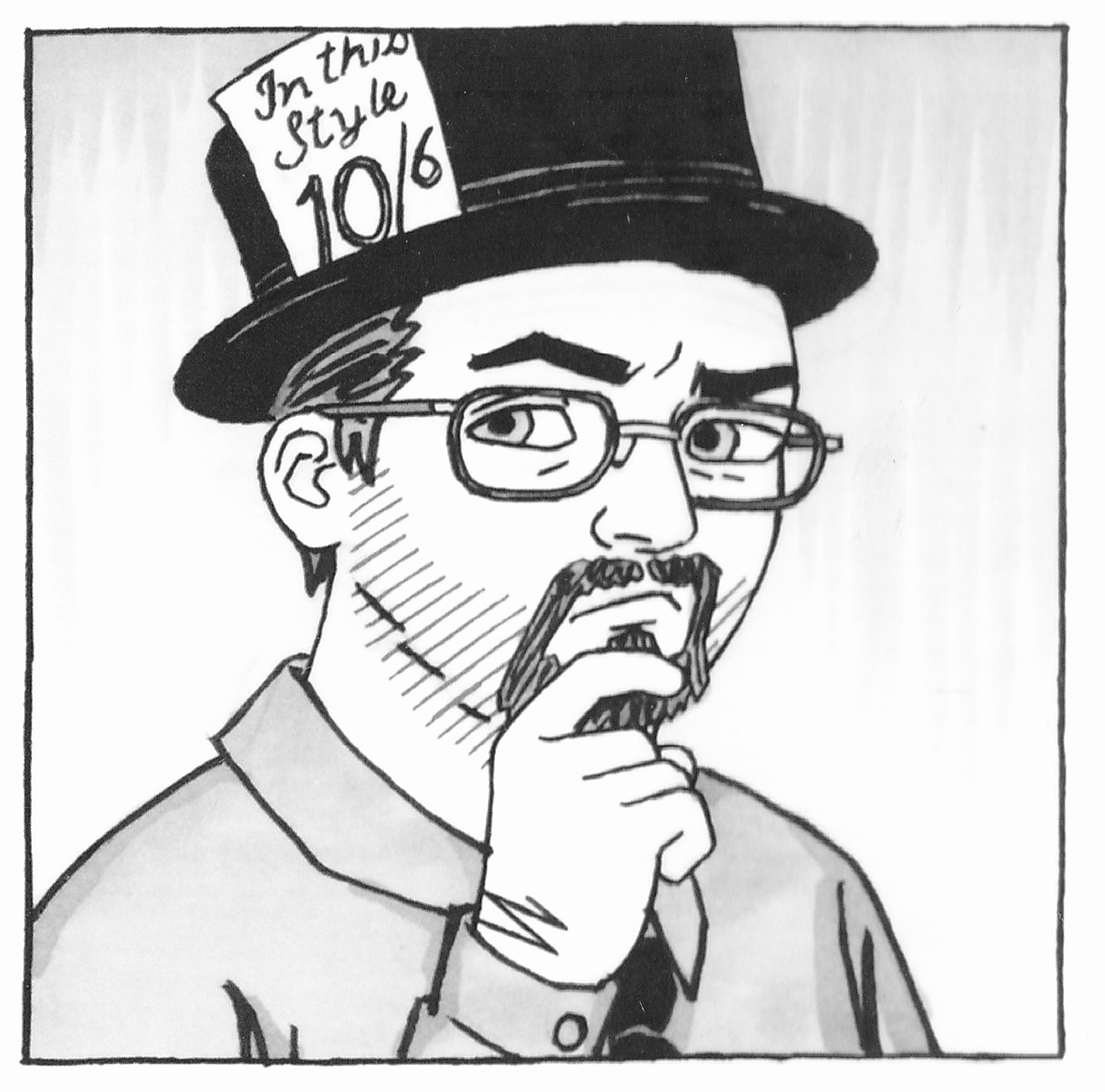 A self portrait. A Mad Tea Party: Back cover flap.

“Almost as soon as I started reading comic books I decided that making them was what I wanted to do for a living. The trouble was, I was determined to draw my own strange stories in my own style rather than learn the style preferred by the Big Two. Periodic rejection letters over the years failed to convince me to change my ways. When web comics started to multiply on the internet I threw myself wholeheartedly into that world.”

He went to the University of Victoria in British Columbia and graduated with a Bachelor of Fine Arts. then returned to study Education. He spent a year at Sheridan College studying illustration. He now teaches at an elementary school.

He is a co-founder of the Cloudscape Comics Society, and has been a Treasurer, and Vice-president. He is currently President circa 2019 – 2020.

His first graphic novel Lords of Life & Death, began as a serial on the internet and ran from 2006 to 2008. It was then collected and printed as a hand assembled accordion fold mini comic. In 2010 he was awarded a self publishing grant from the Xeric Foundation of Massachusetts U.S. and it was printed as a standard book. 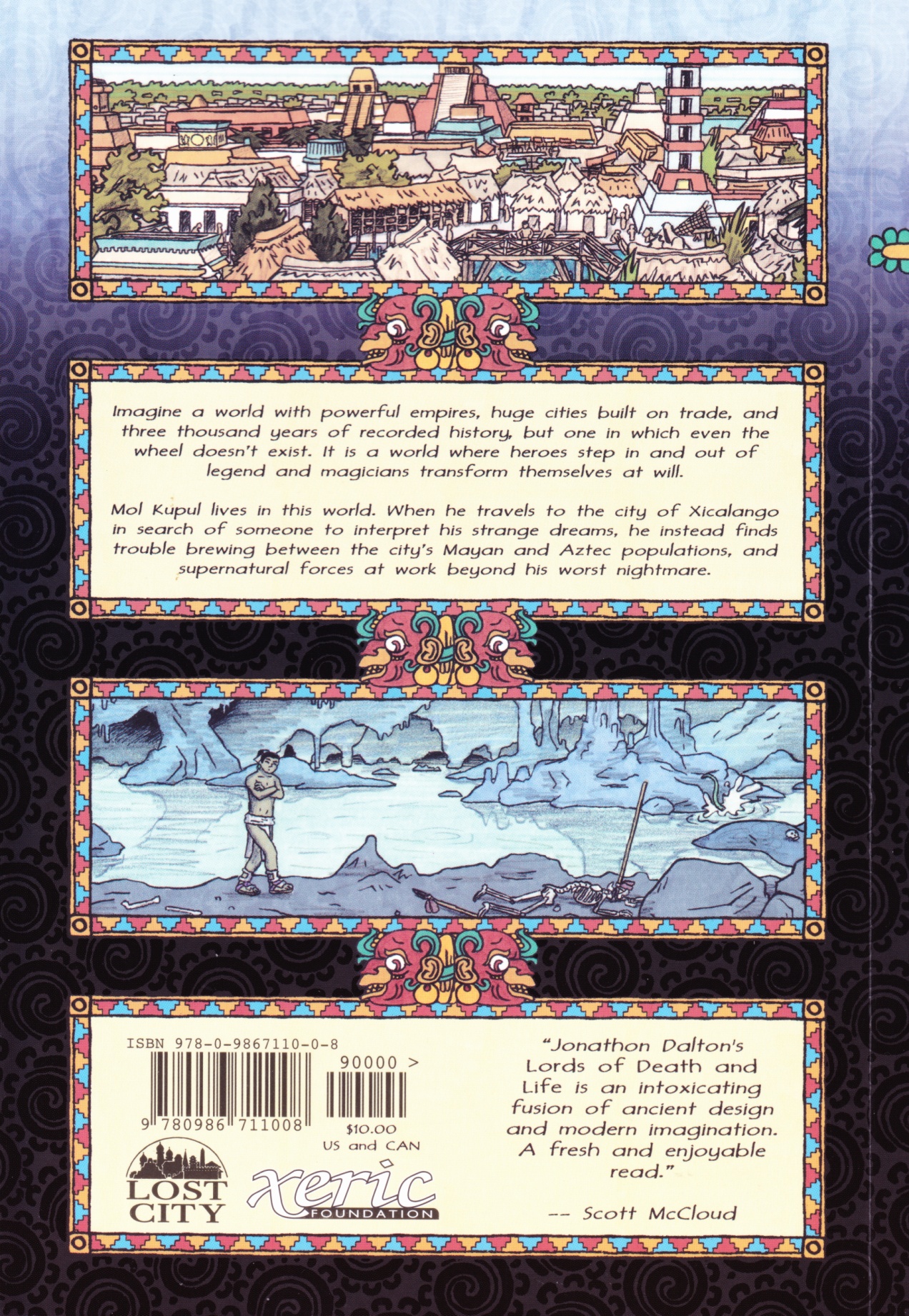 This gives some indication of the page design inside the book. Lords of Death and Life, 2010: Back cover. 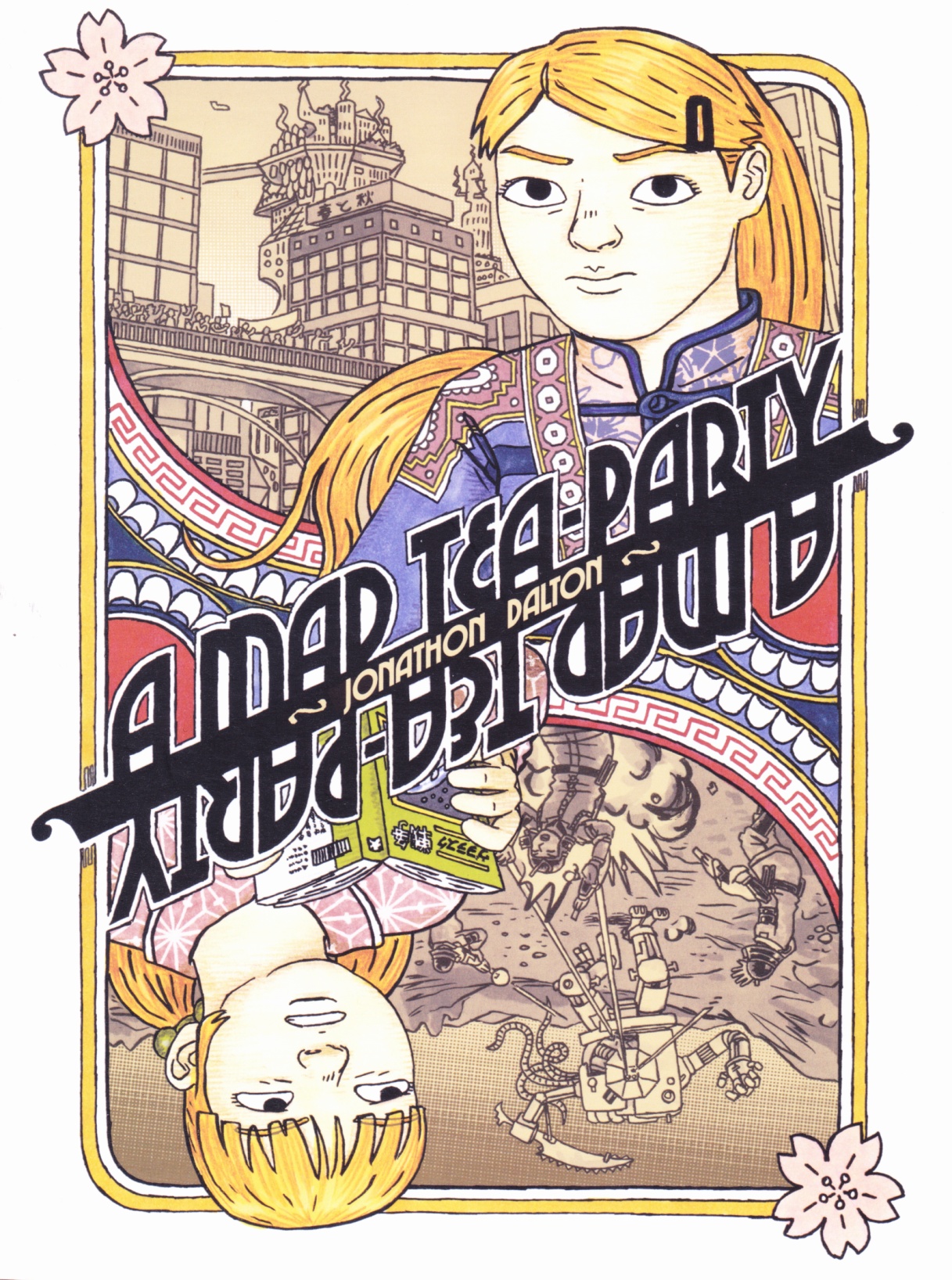