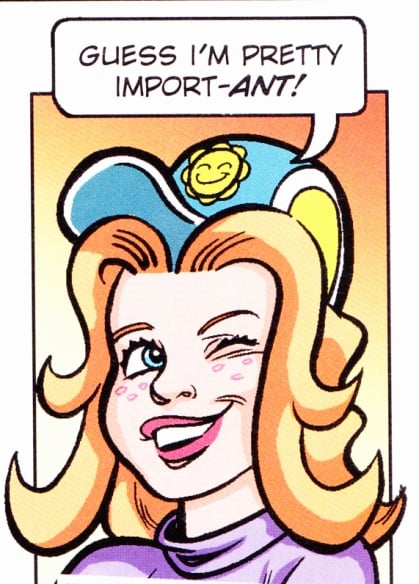 Created at least as far back as 1983 probably by Lynda Cooper who cartooned it till September/October 1997, “Daisy Dreamer” was one of the longest running serials published in Chickadee (later called chickaDEE). After Lynda stopped cartooning it, the serial was continued by three writers at different times and one illustrator. These practitioners included the team of  Gabriel Morrissette and Mark Shainblum who also created the Canadian hero “Northguard”. There was an earlier feature cartoon serial in Chickadee called “Archy and the Whizzz Kids”. “Daisy Dreamer” probably replaced it.

In “Daisy Dreamer” narrative was used as a vehicle to describe the characteristics of an animal. There was a tension between the two and as time passed there was a shift in emphasis. Under Lynda, each two page episode was essentially a description of different types of animals. In it “Daisy” became the animal whose features were described. At the end of the description she became herself again. She was characterized as a very young girl and was the only continuous character in the feature.

With the September/October 1997 issue Gabriel Morrissette took over the illustration duties. Although no writer is identified, the style suggests that Lynda continued to write the serial. In this period it was reduced to a one page episode. How “Daisy” changed into the various animals was addressed. She became that creature by pretending she was that creature. “Daisy” remained a little girl and the only character.

Gabriel stayed with “Daisy” from 1997 to the end of the feature. Under his hand “Daisy” was slowly transformed from a little girl exploring nature to a quite sophisticated teenager. Furthermore her appearance became increasingly stylized. He provided the visual aspects of an increased number and diversity of characters. His layouts kept the feature interesting.

With the September 1999 issue Mark Shainblum became the writer. At this point the emphasis shifted from a description of animals to more of a narrative where “Daisy” becomes a particular animal in order to use its characteristic to achieve some goal like a rescue, thwarting villains etc. The feature resumed its two page length. Mark introduced a new reason for “Daisy’s” ability to become an animal. She has a magic hat which when she twists it she is changed into the animal she desires. He introduced other characters. Ravi is the first. Others follow, “Daisy’s” dad, “Terry”, “Annie” and “Rex” “Daisy’s” dog. These eventually settle into “Ravi”, “Annie” and “Rex”. Mark also expanded the range of animals that “Daisy” turned into to include, mythical creatures like a dragon, a Scottish legendary creature the Kellie and animals appearing in petroglyphs.

Mark left the series with the March 2001 issue. With the May 2001 issue, Phillip Moscovitch began writing it. He further emphasized the narrative aspect. In one episode he even introduced time travel. “Daisy” visited Greece and her friend “Kosta” had a magic watch which permitted time travel. As can be seen in the last story featured in the GALLERY below, the narrative element had slowly crowded out the animal description element until it became only a vehicle to propel the narrative. 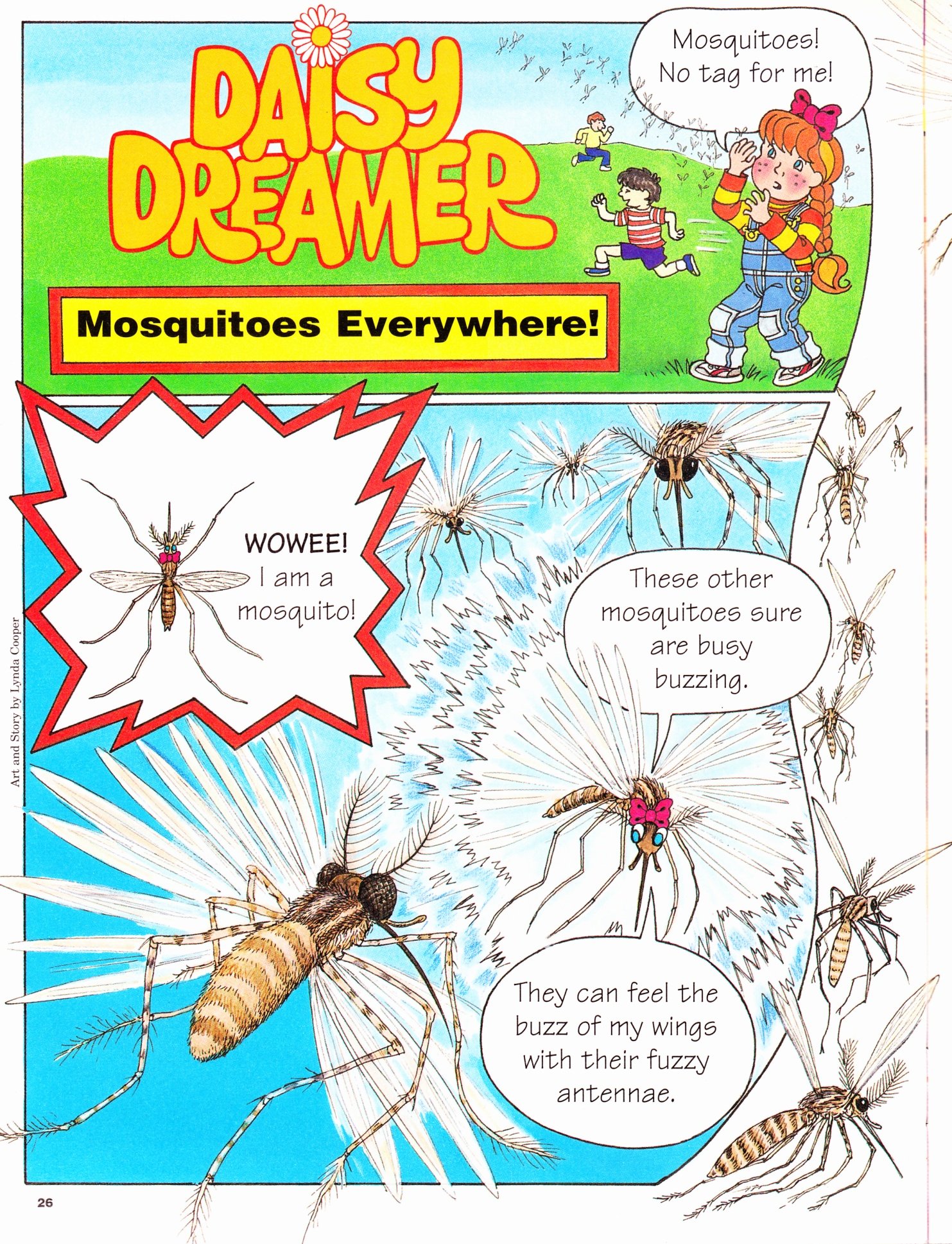 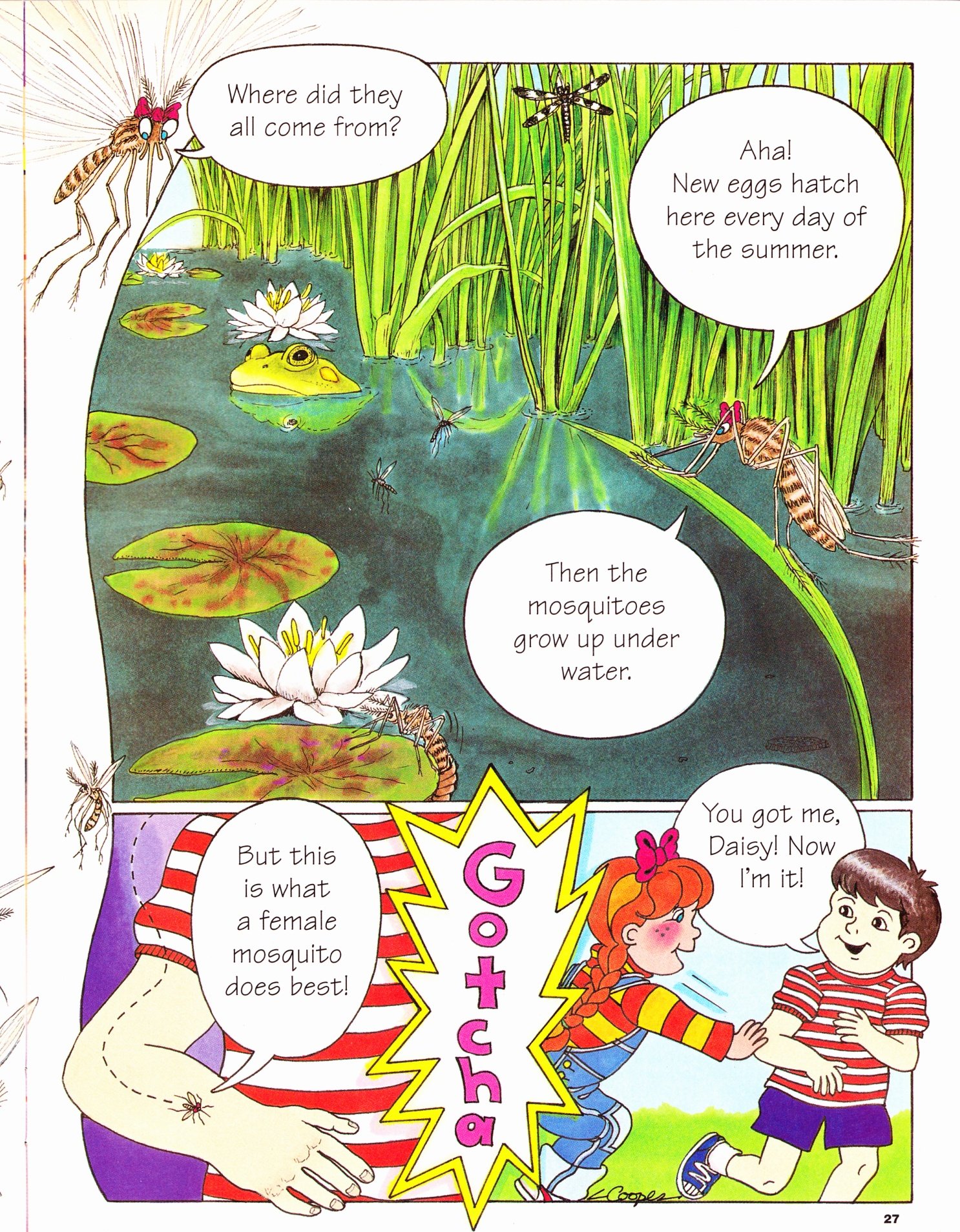 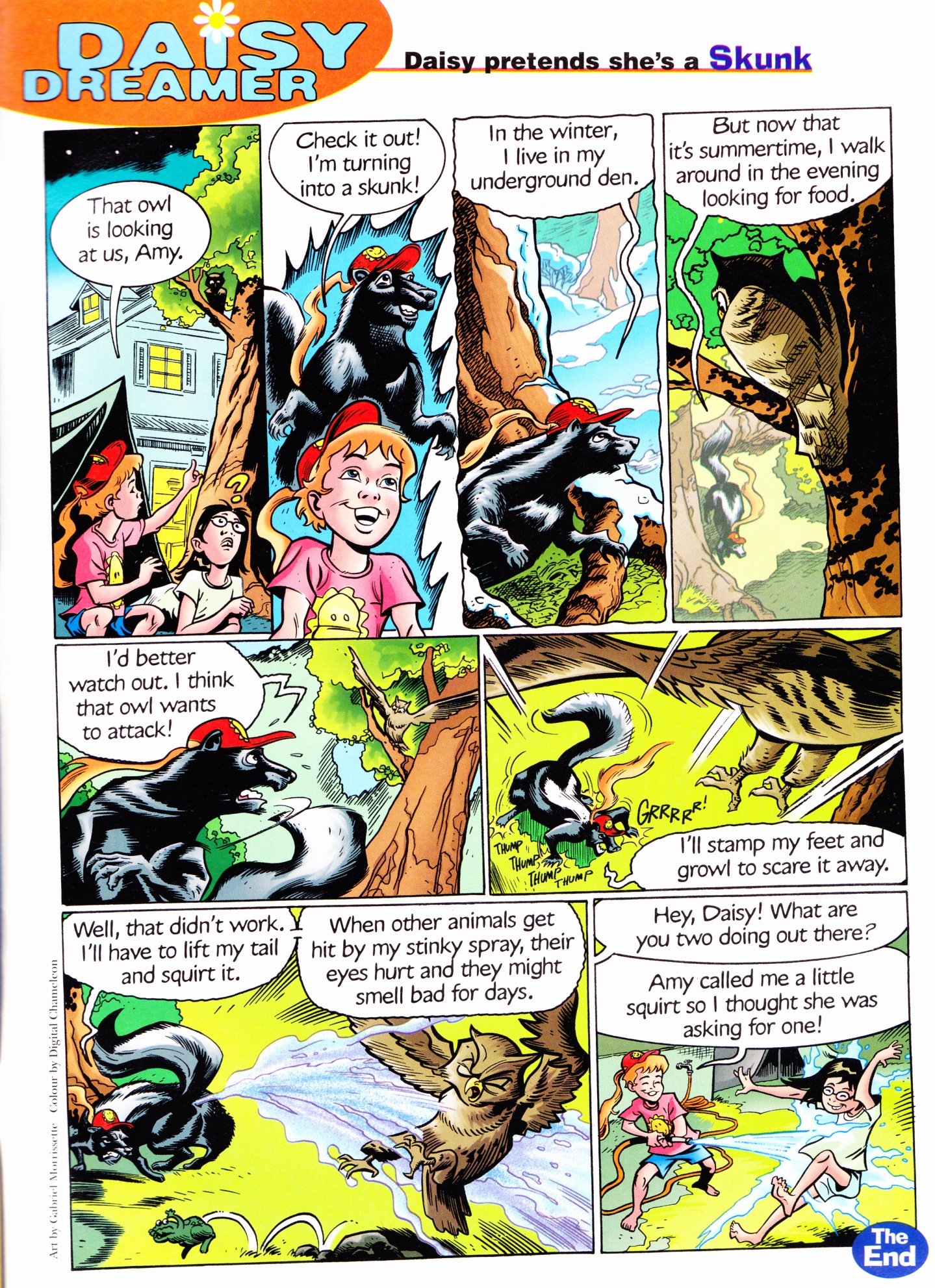 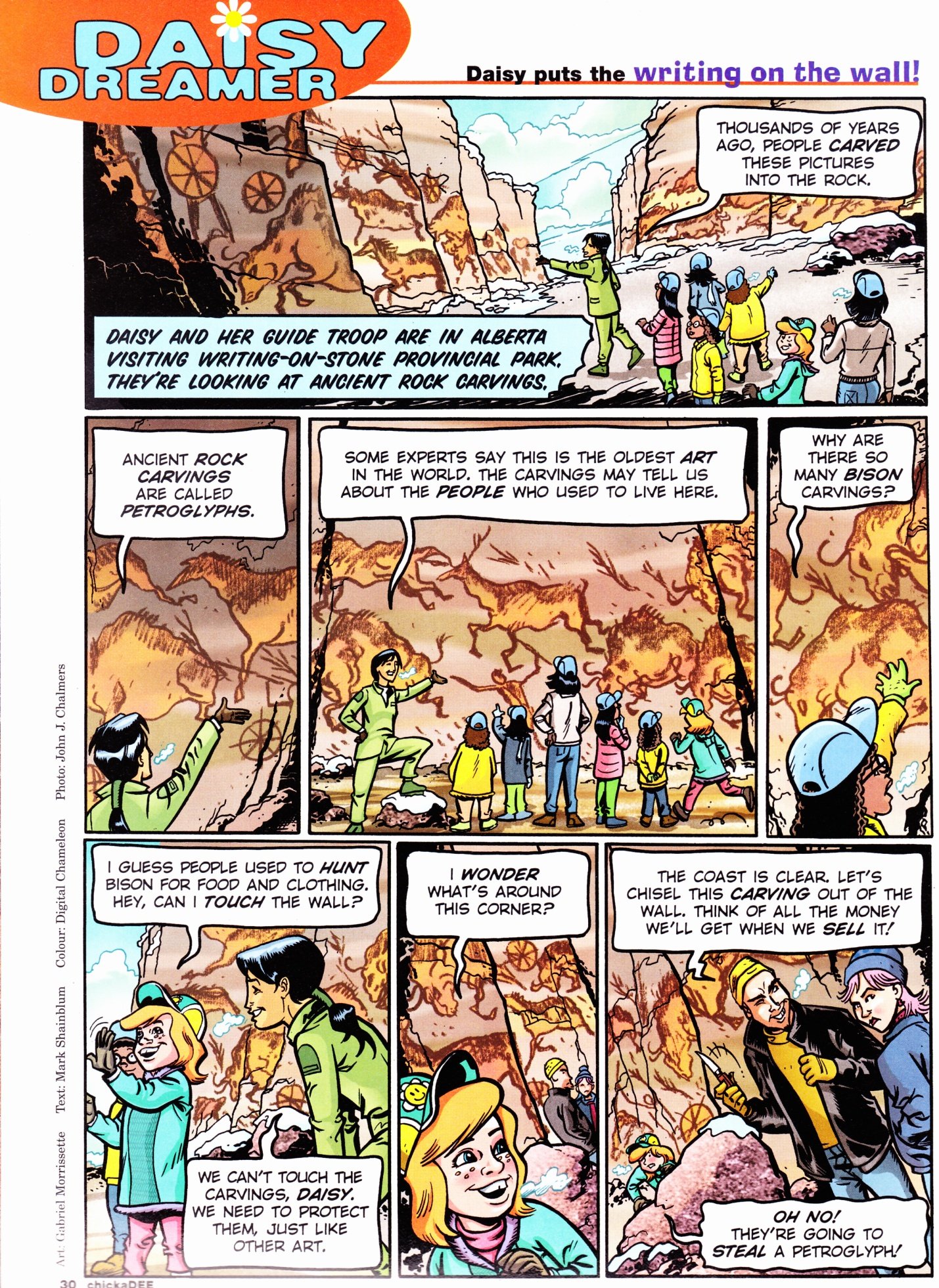 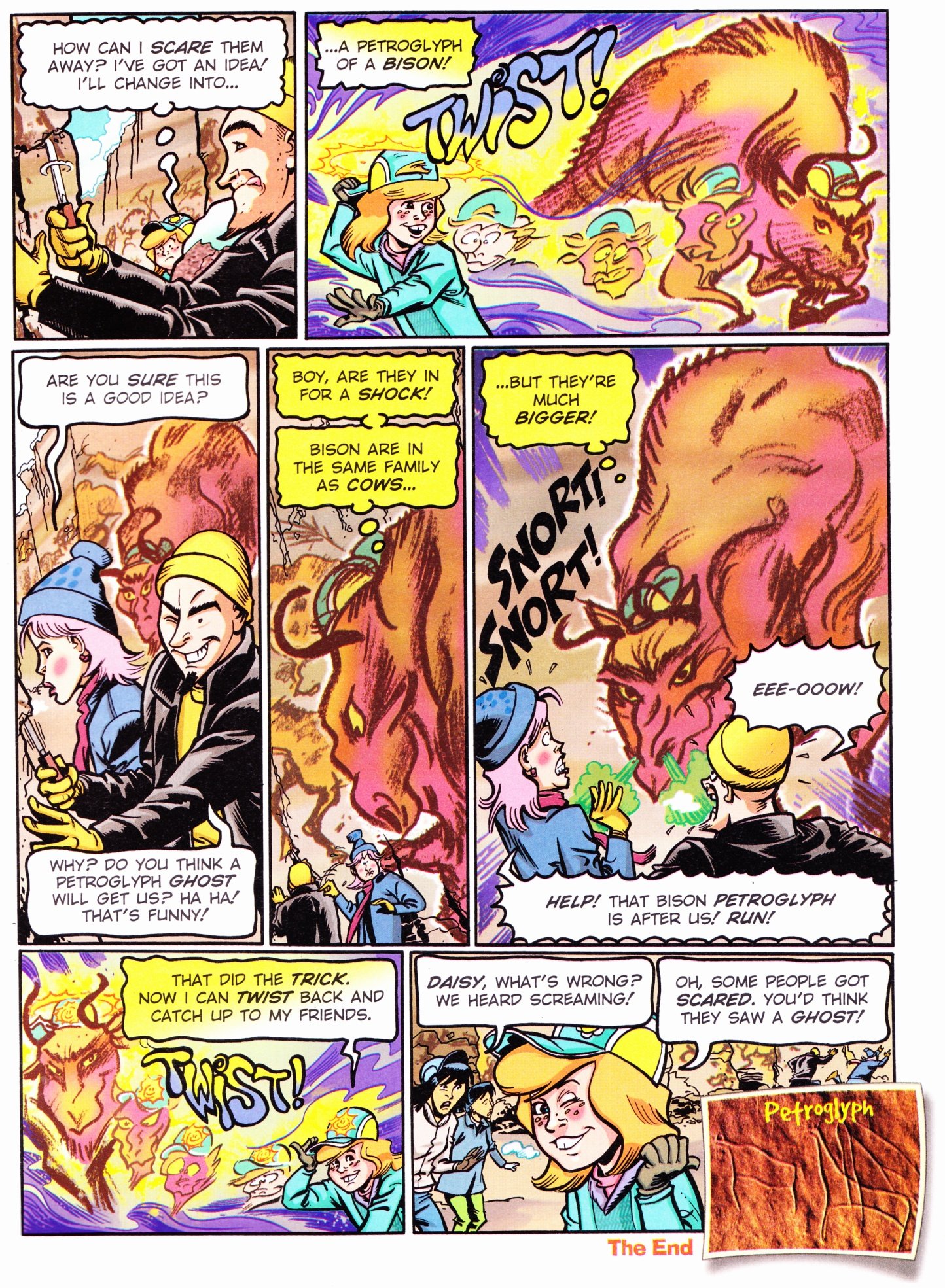 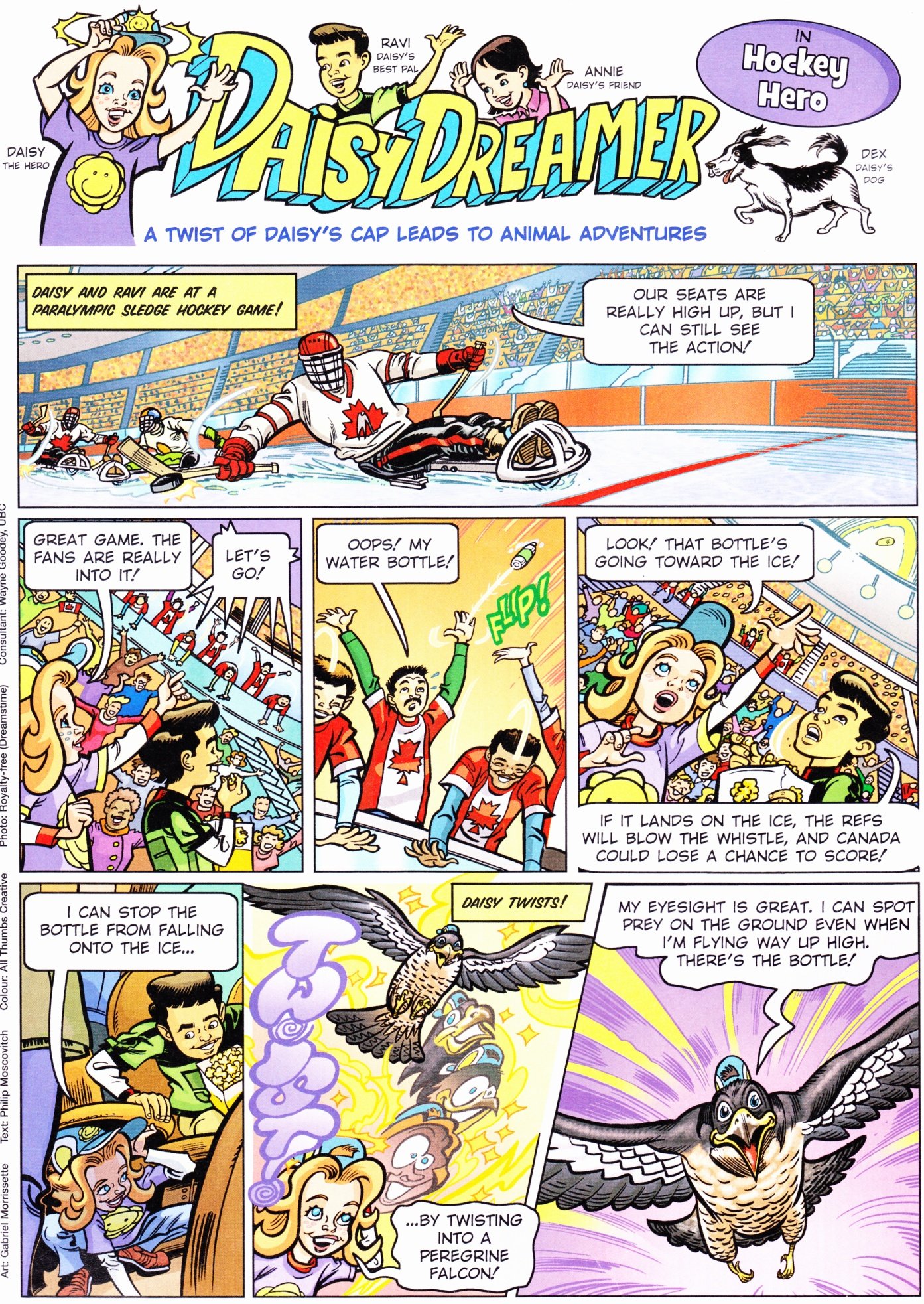 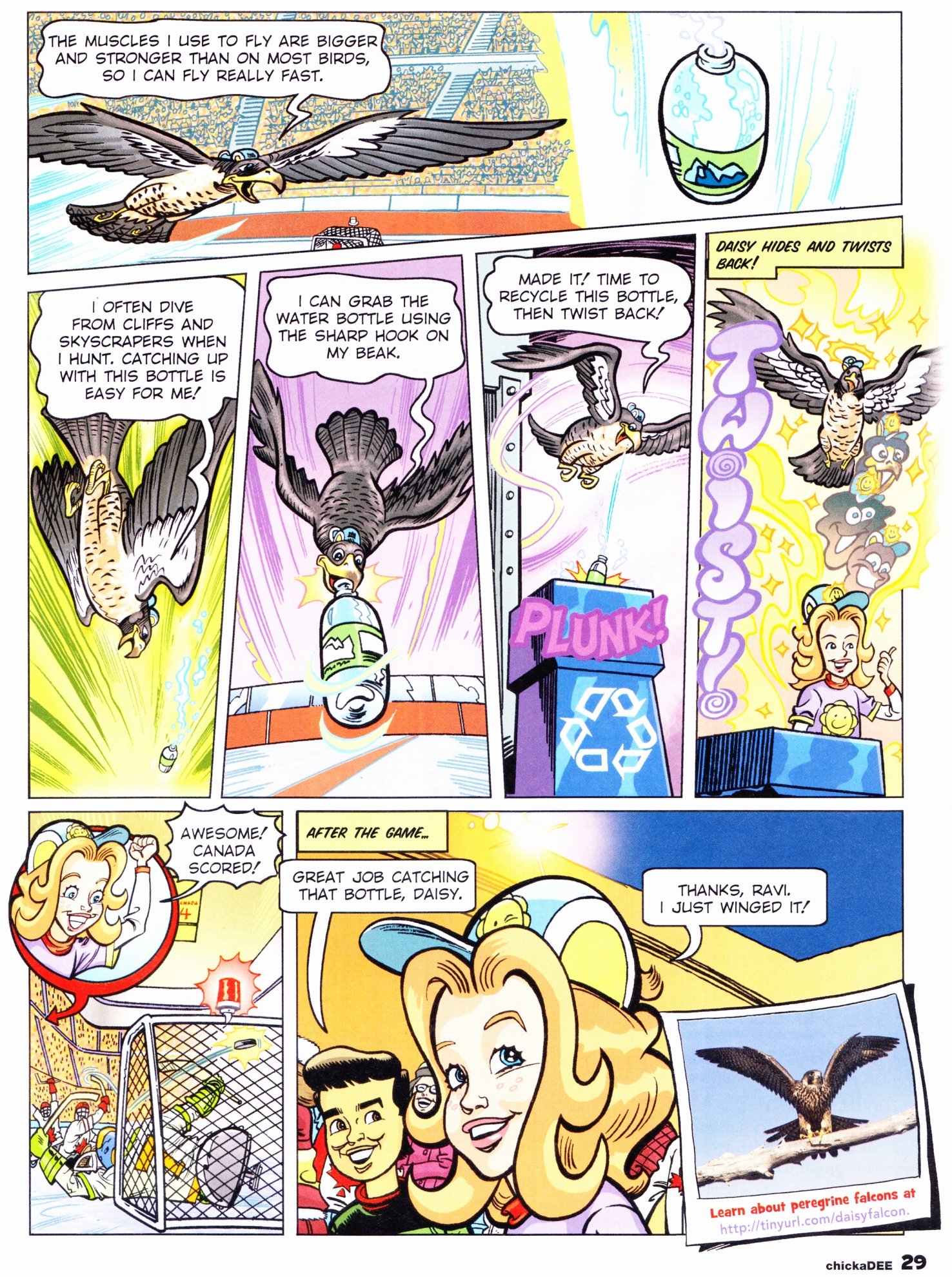