The “Crusaders” initially appeared in Grand Slam Comics and were created by Les Gilpin. In the beginning the serial was cartooned by him. Then followed a period approximately from the beginning till the latter part of 1943 when it was co-cartooned by Gilpin and Ed Furness. The “Crusaders” were transferred from Grand Slam Comics to Three Aces Comics. According to Ed Furness, Priscilla Hutchings did the finished art.

The Crusaders are Bob Crawford and Paul Leighton, two inventors who fight the Nazis, but who operate outside any allied organization. Their sign is a cross in the sky to link them to the crusaders of old. Their adventures take them through the Middle East, France, Russia etc. The notable features of this serial are the advanced equipment principally a rocket plane that looks very much like a space ship.

Perhaps Les was tiring of the steady diet of war stories.  In Grand Slam issue 2-4 Mach 1943, the serial takes an abrupt detour from combating Nazis to science fiction. The Crusaders invent a stainless-steel sphere by which they descend to the Atlantic Ocean floor which, in special pressure suits they explore. An undersea disturbance causes the sphere to plunge through a cavity in the ocean floor into a realm of people who are the descendants of the passengers of an English ship swallowed by a great whirlpool centuries earlier. After more adventures they return to the surface of the earth to fight Nazi in 2-7, June 1943.

But Les soon returns to the science fiction theme. In an issue before Three Aces, 3-11, December 1944. A race, the “Jappani” of Sirius Beta under “King Krool” assembled a vast armada to invade earth to help the Japanese defeat the Allies.  The “Crusaders” travel through space to Sirius Beta to defeat this armada, and a whole new series of sci-fi adventures begins. Meanwhile Lois, Paul Leighton’s sister who previously made casual appearances in the serial becomes a regular. 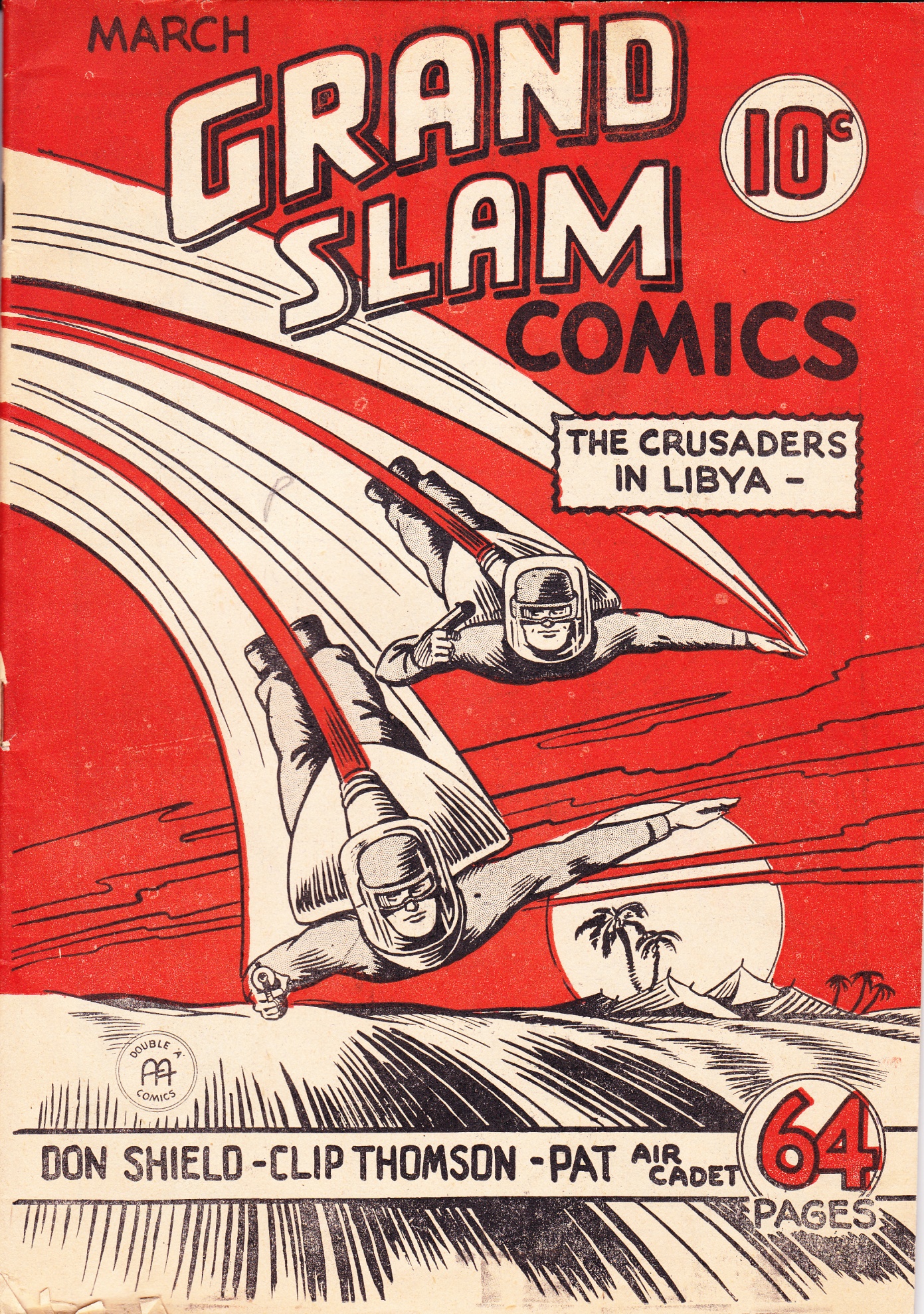 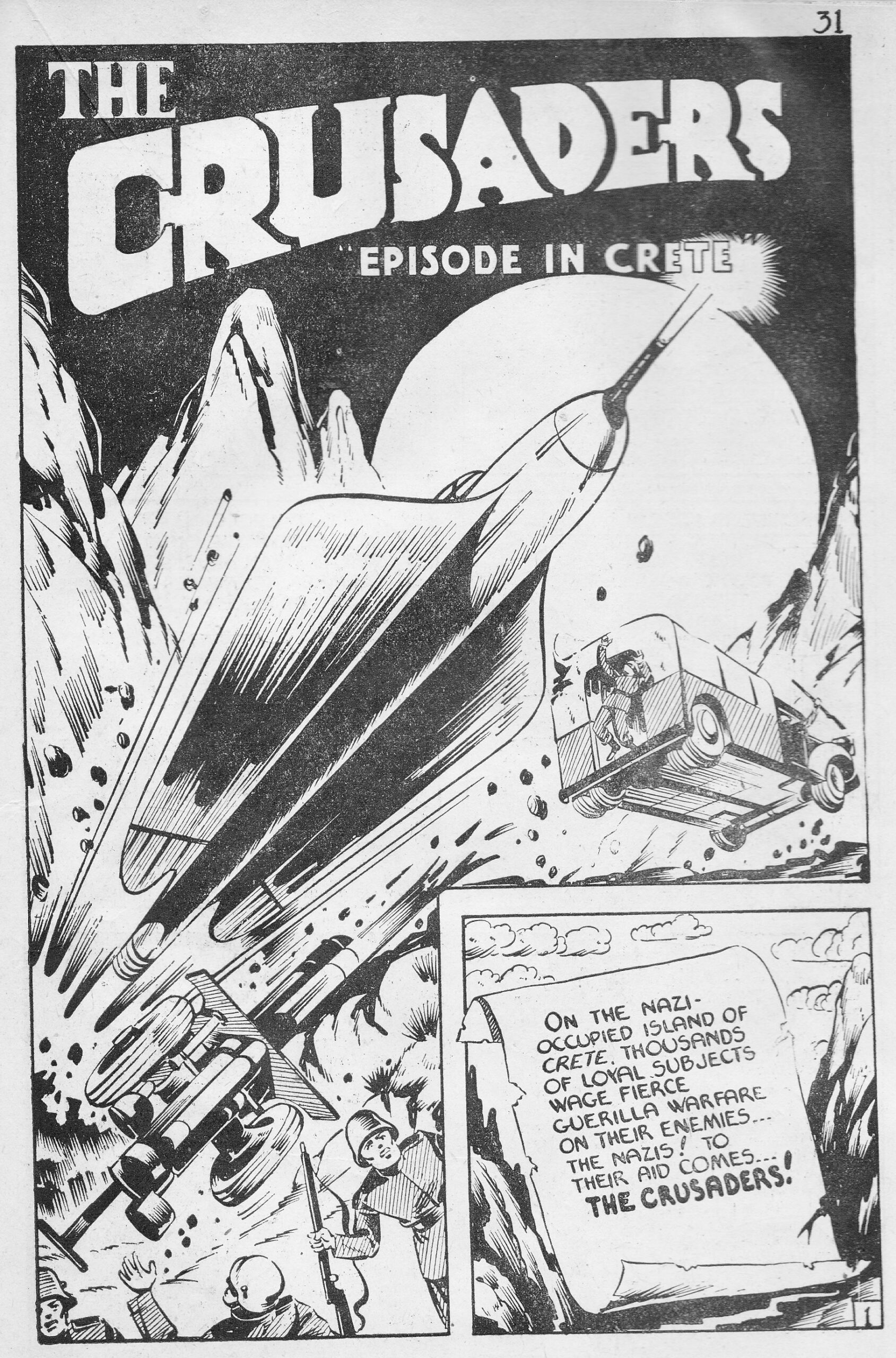 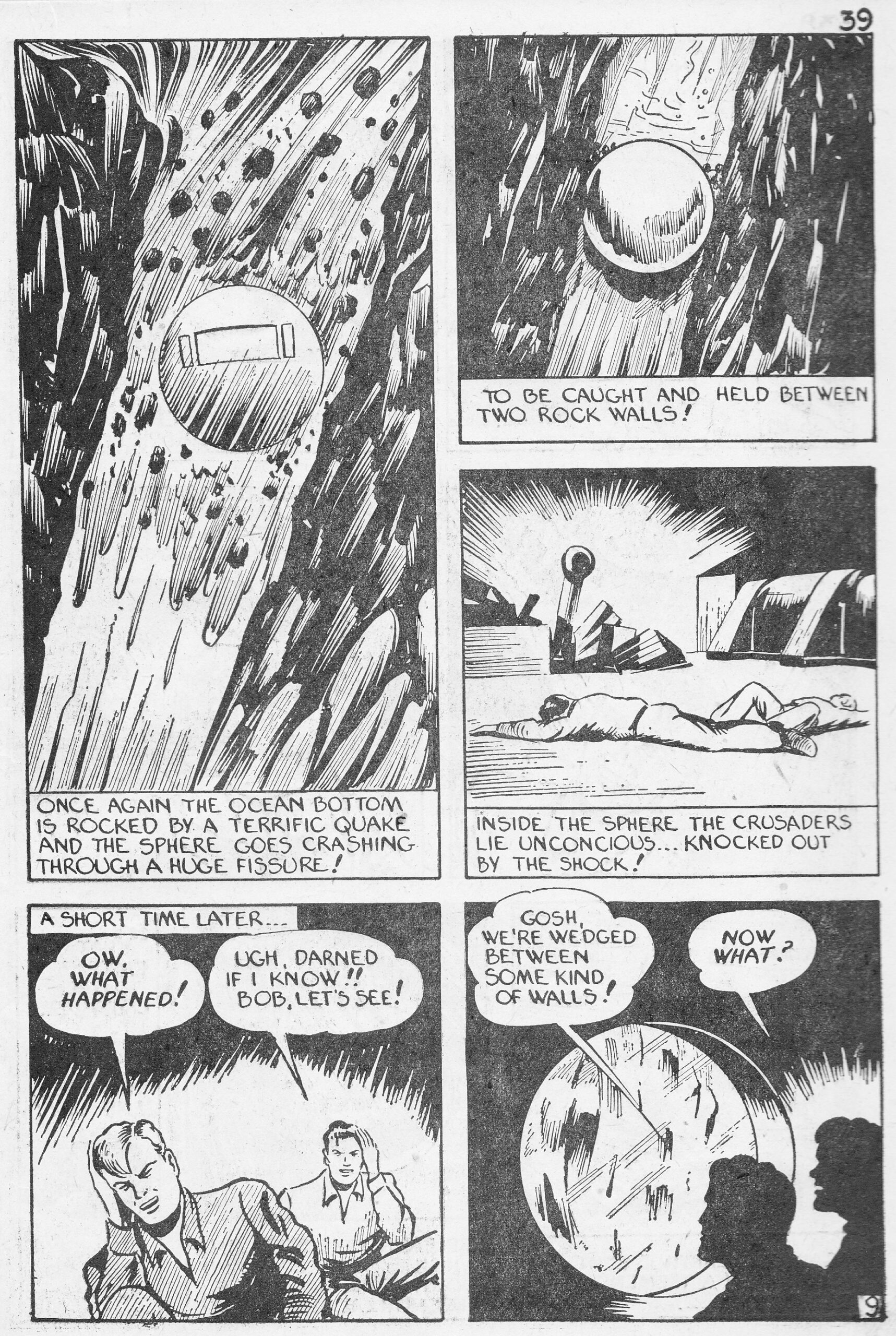 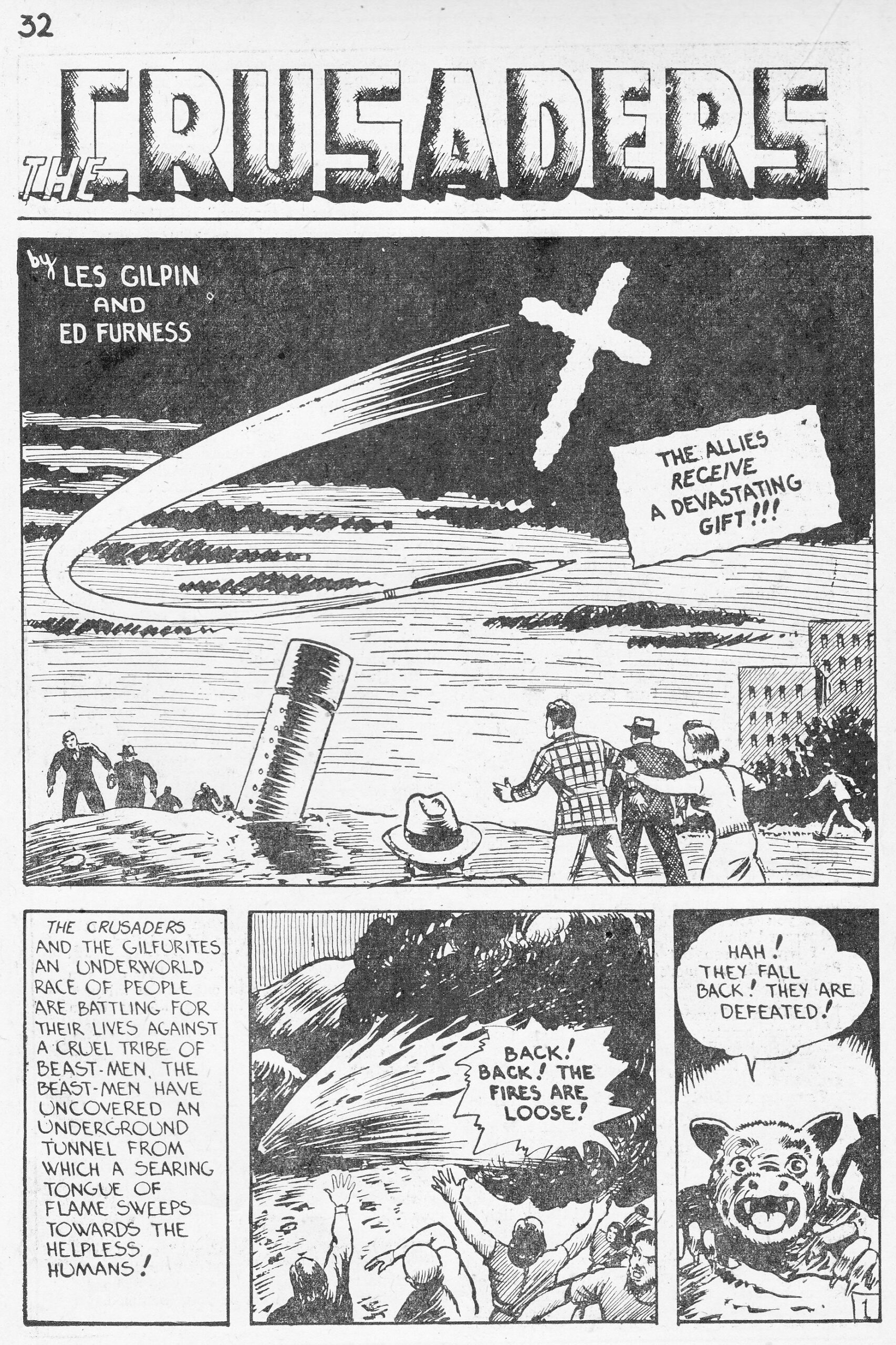 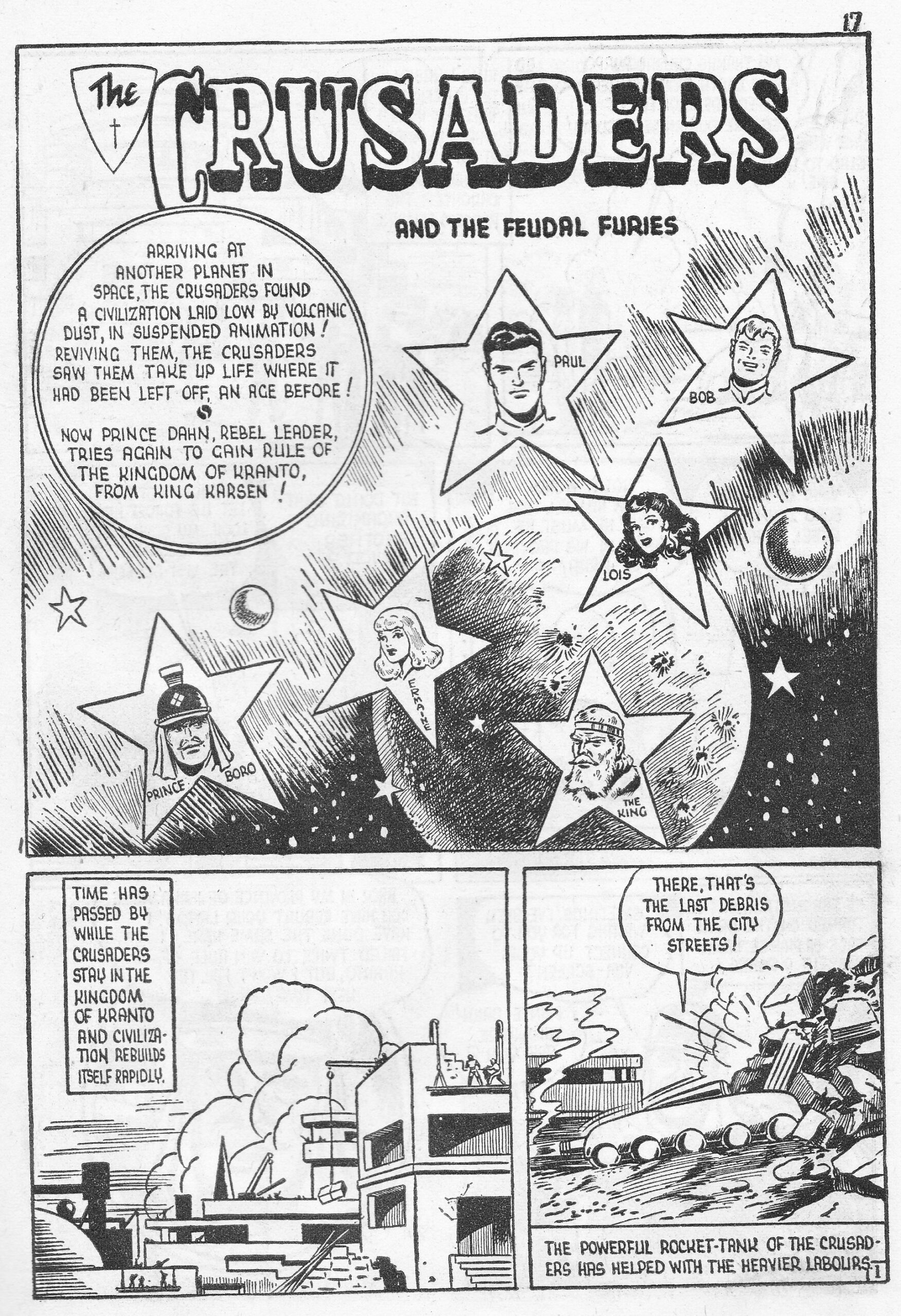 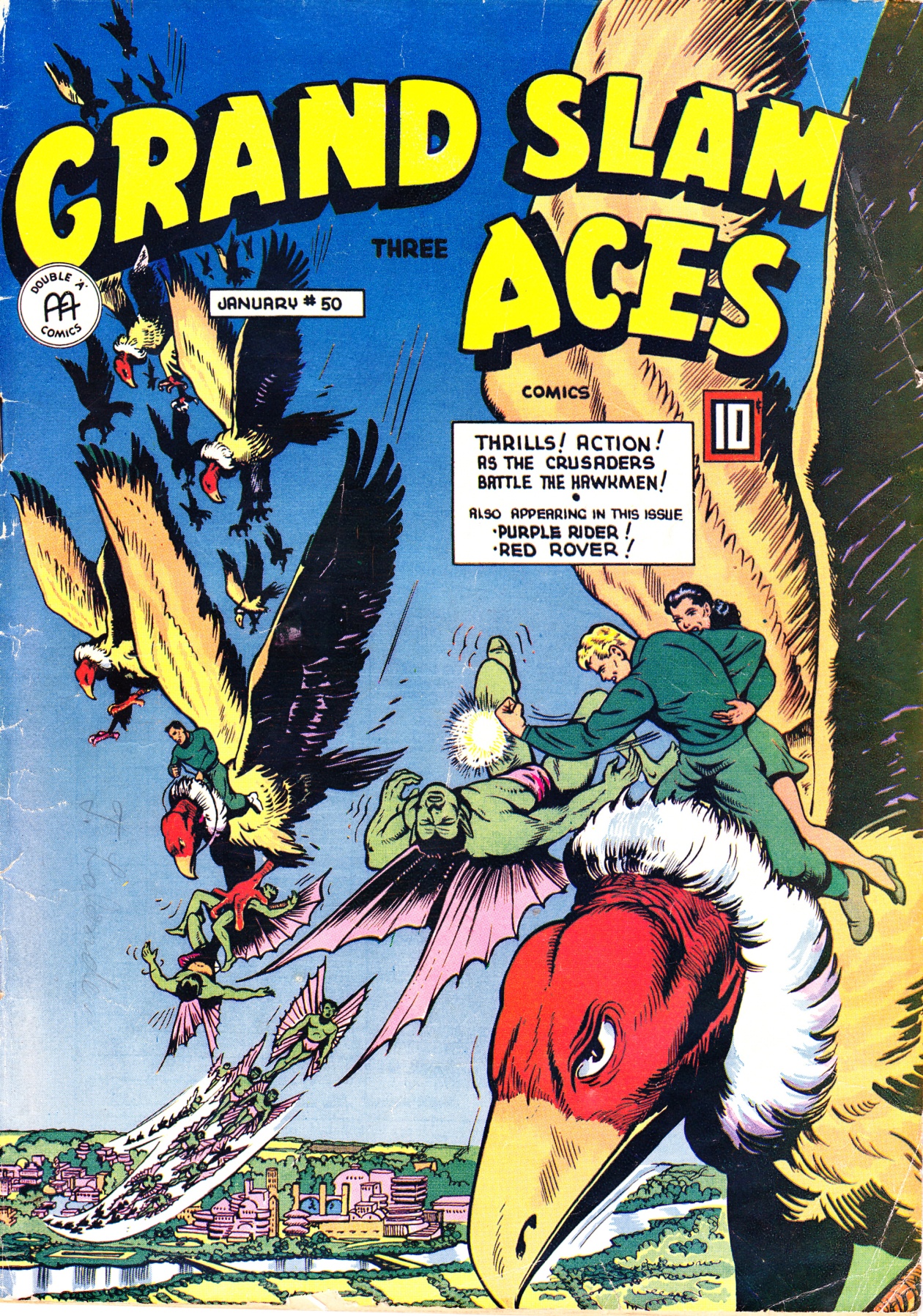 These next two pages are likely Priscilla Hutchings work. 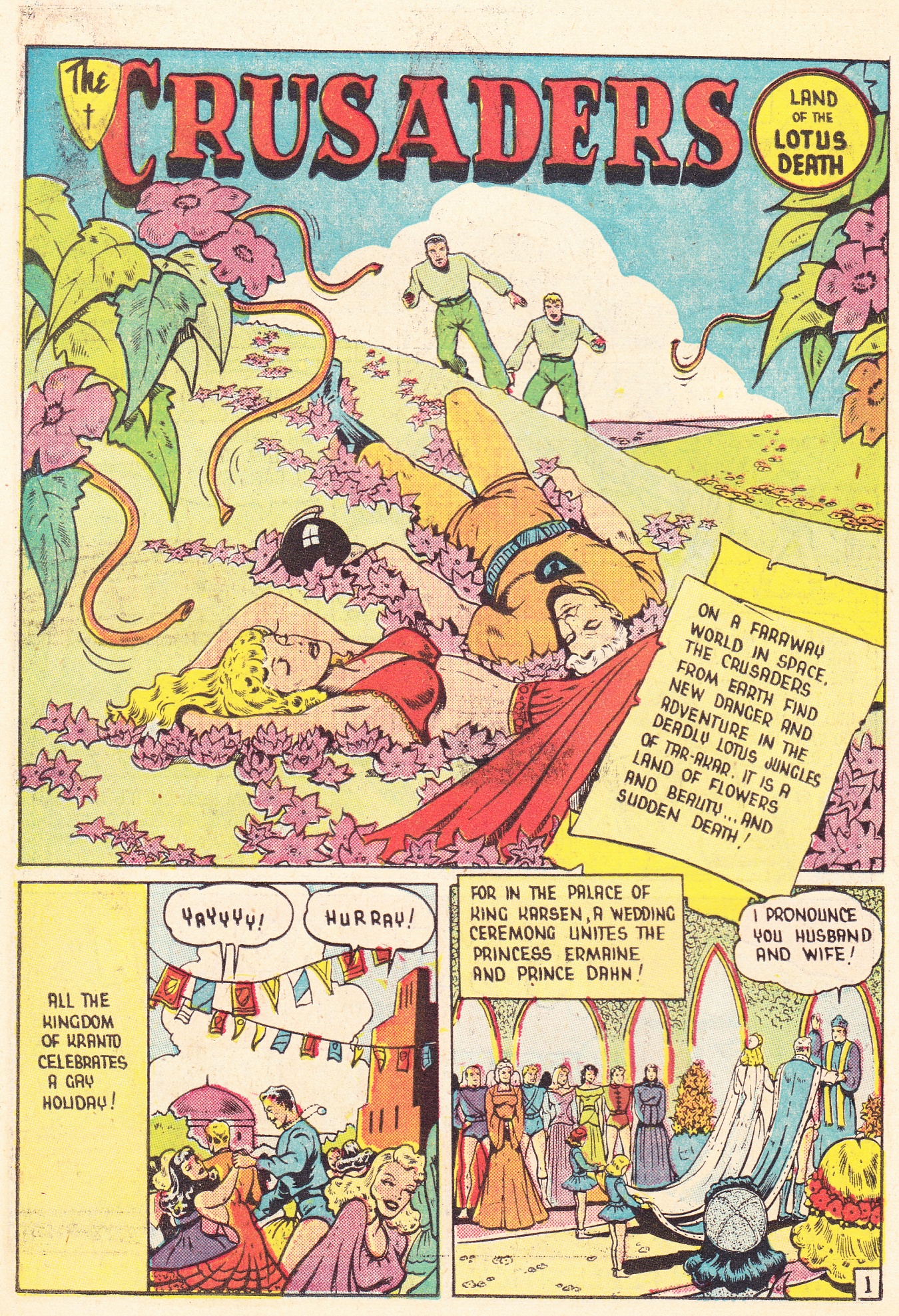 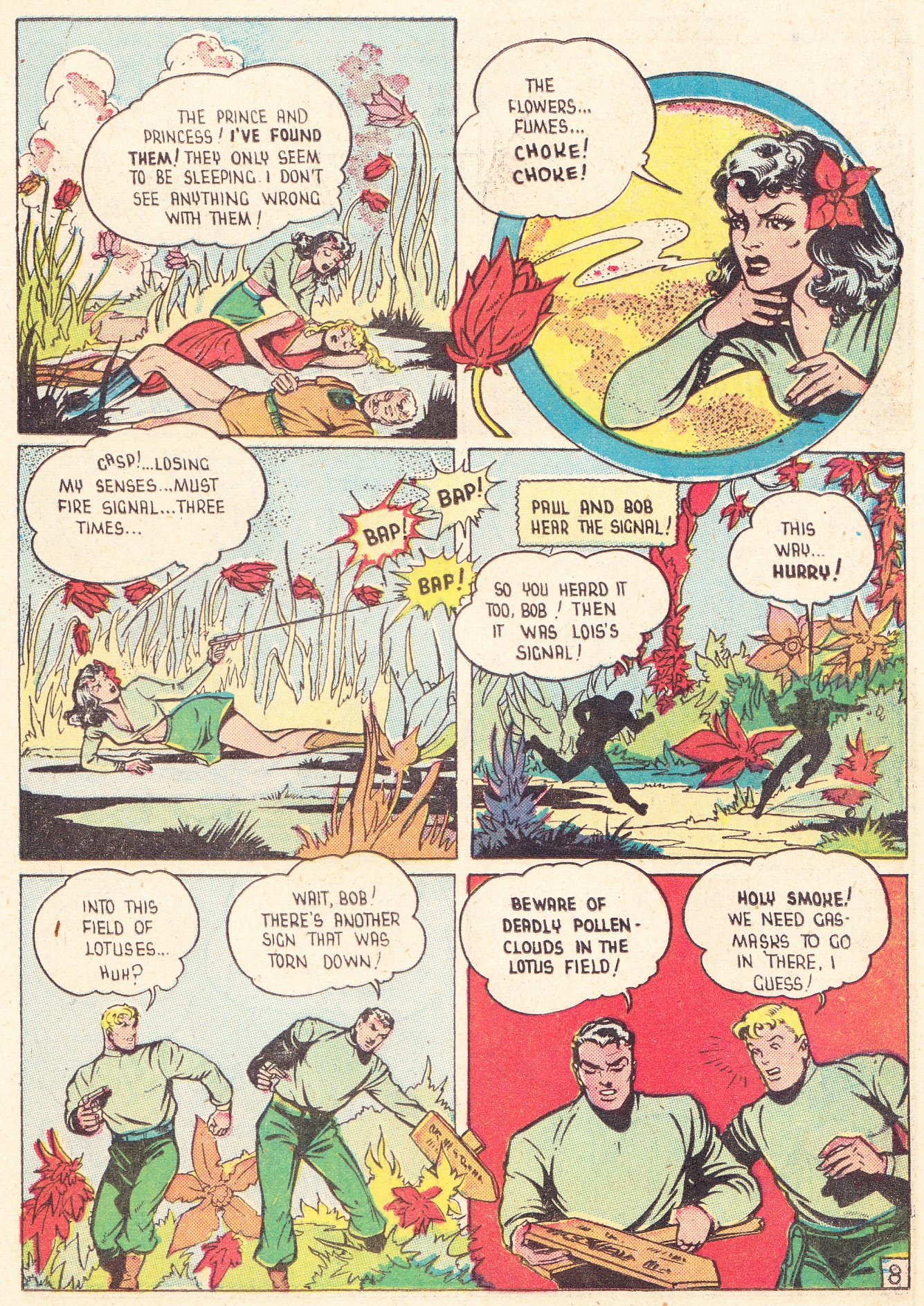