“Chick and Dee” created by Jason Stephens first appeared in chickaDEE magazine September 1999. From that point they also appeared as decoration on every cover (sometimes as the feature illustration) and they were soon used in activities and other sections of the magazine.

“Chick” was clearly based on a Chickadee, but “Dee” with a broken egg shell for a helmet and large googles was unidentifiable beyond being a bird. Additional characters were quickly introduced: “Bruno the Monster Kid” who wanted to be a dressmaker but whose hands were too big for sewing, and the bullies “Fang” and “Jack”. By the time he left the series in the summer of 2003, Jason had introduced a menagerie of characters including: “Jack” who was added to the bullies, “Robin”, “Chick’s” older sister, “Sheldon” “Dee’s” younger brother who was logically an egg, and “Arf” the neighbourhood dog. The episodes were as one would expect light-hearted and reflected the kinds of activities and problems that the readers 6 to 9 years would experience. The bullies, of course, always came out the losers.

Steve Charles Manale took over the cartooning and illustration of “Chick and Dee” with issue September 2004. The tone of the episodes remained the same but Steve added “Petal”, a monkey character to the group. The characters have become ubiquitous throughout the magazine appearing in different functions in addition to the page long cartoon strip.

As of 2019, Steve Charles Manale was still working on “Chick and Dee”. 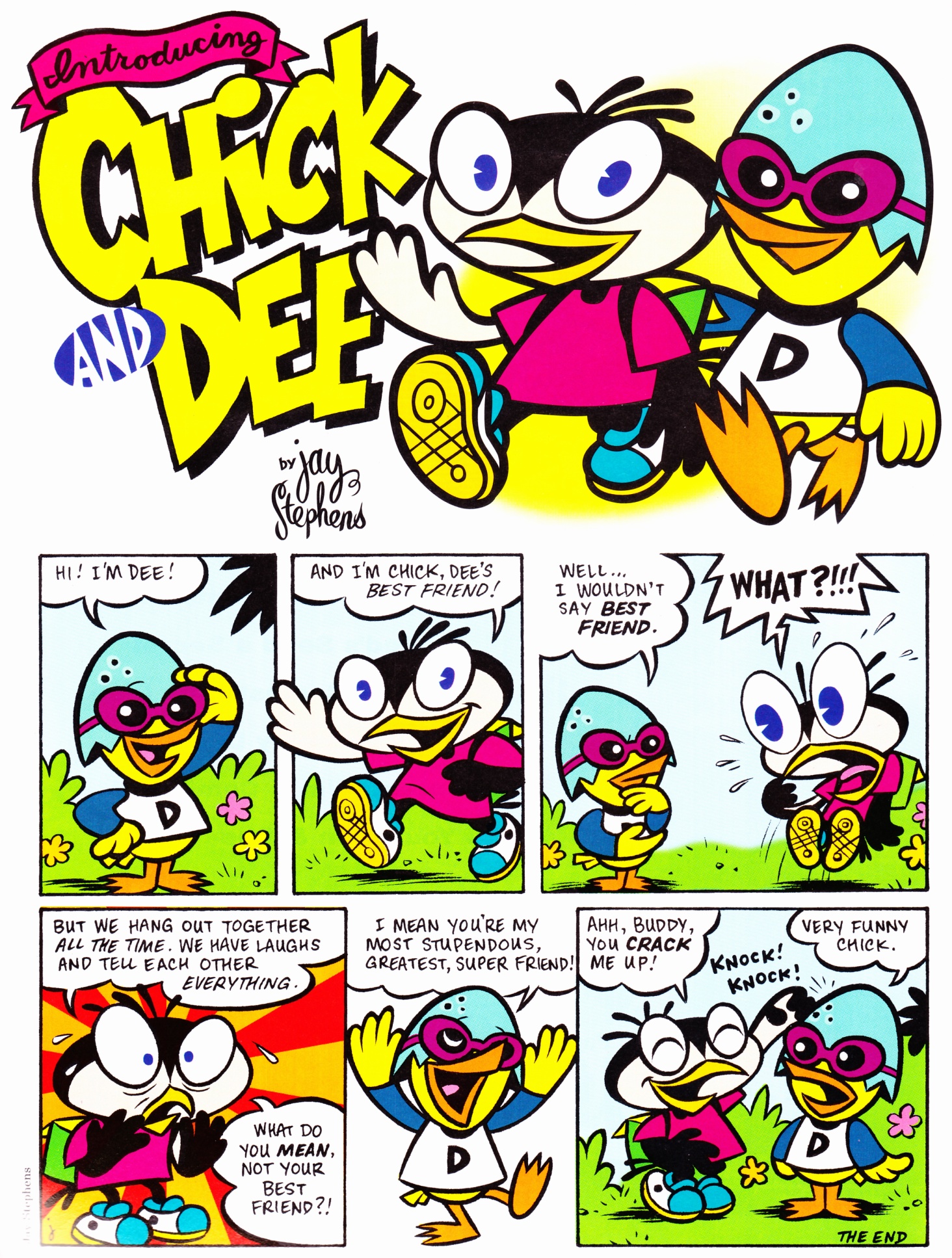 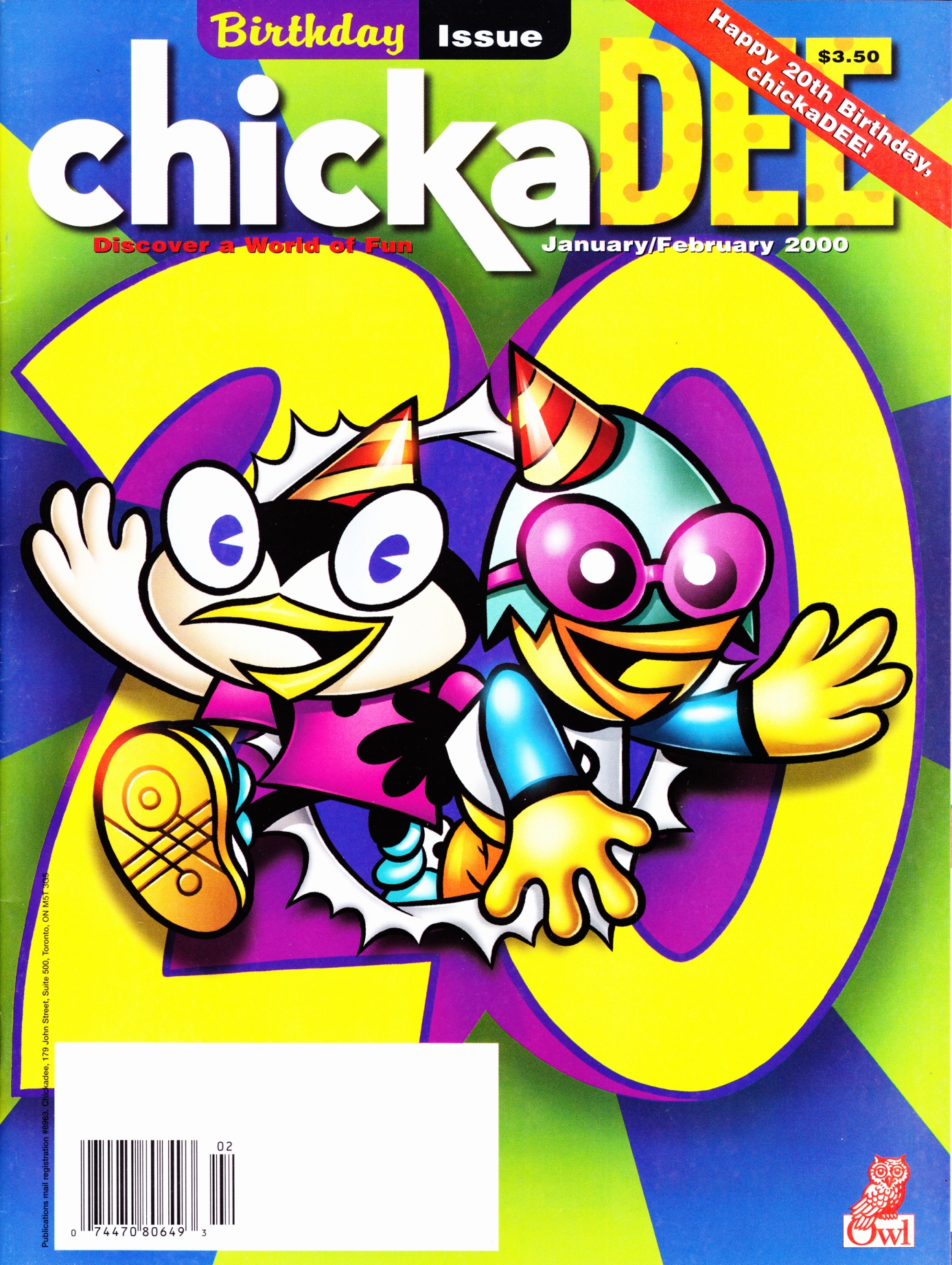 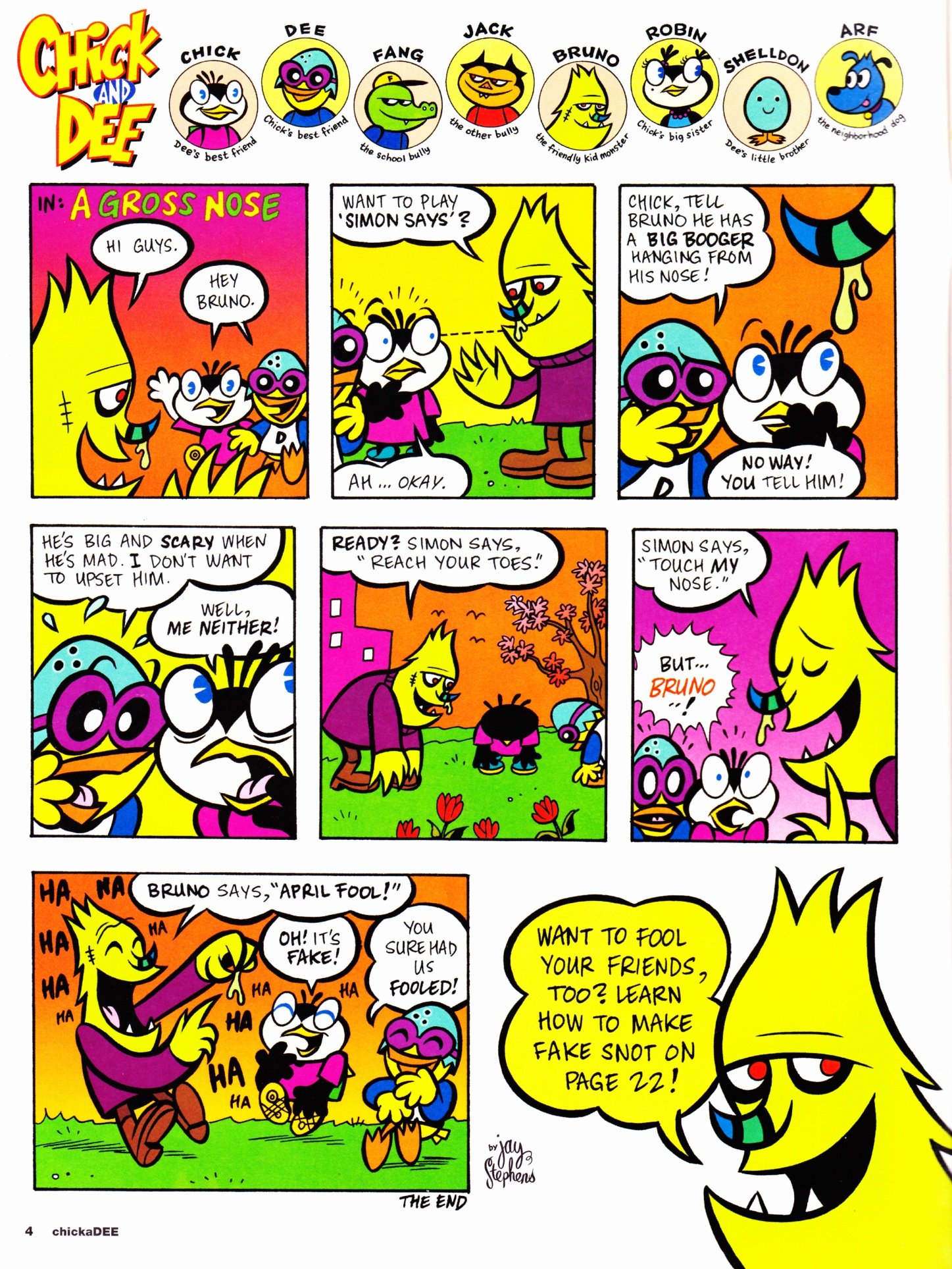 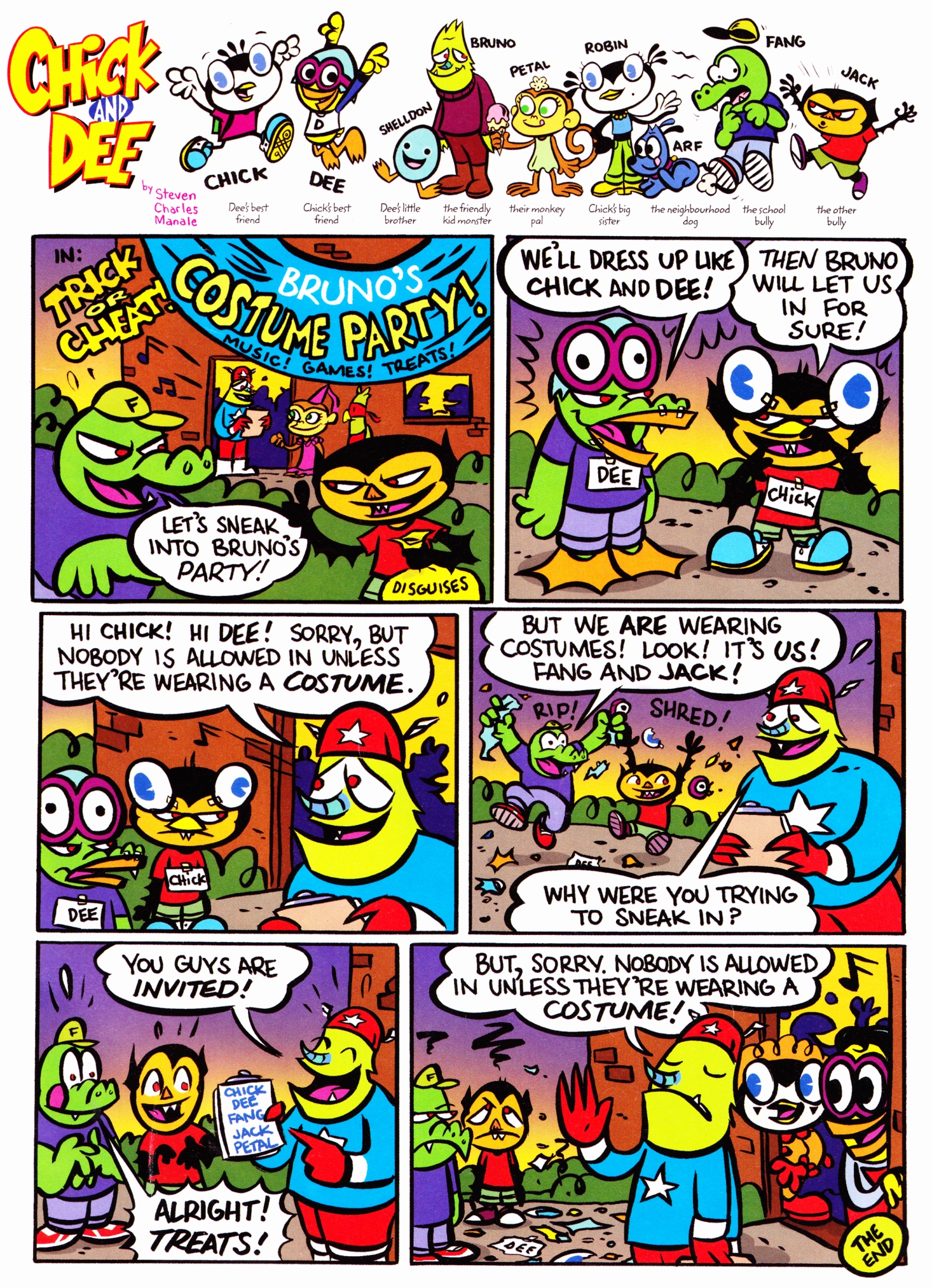 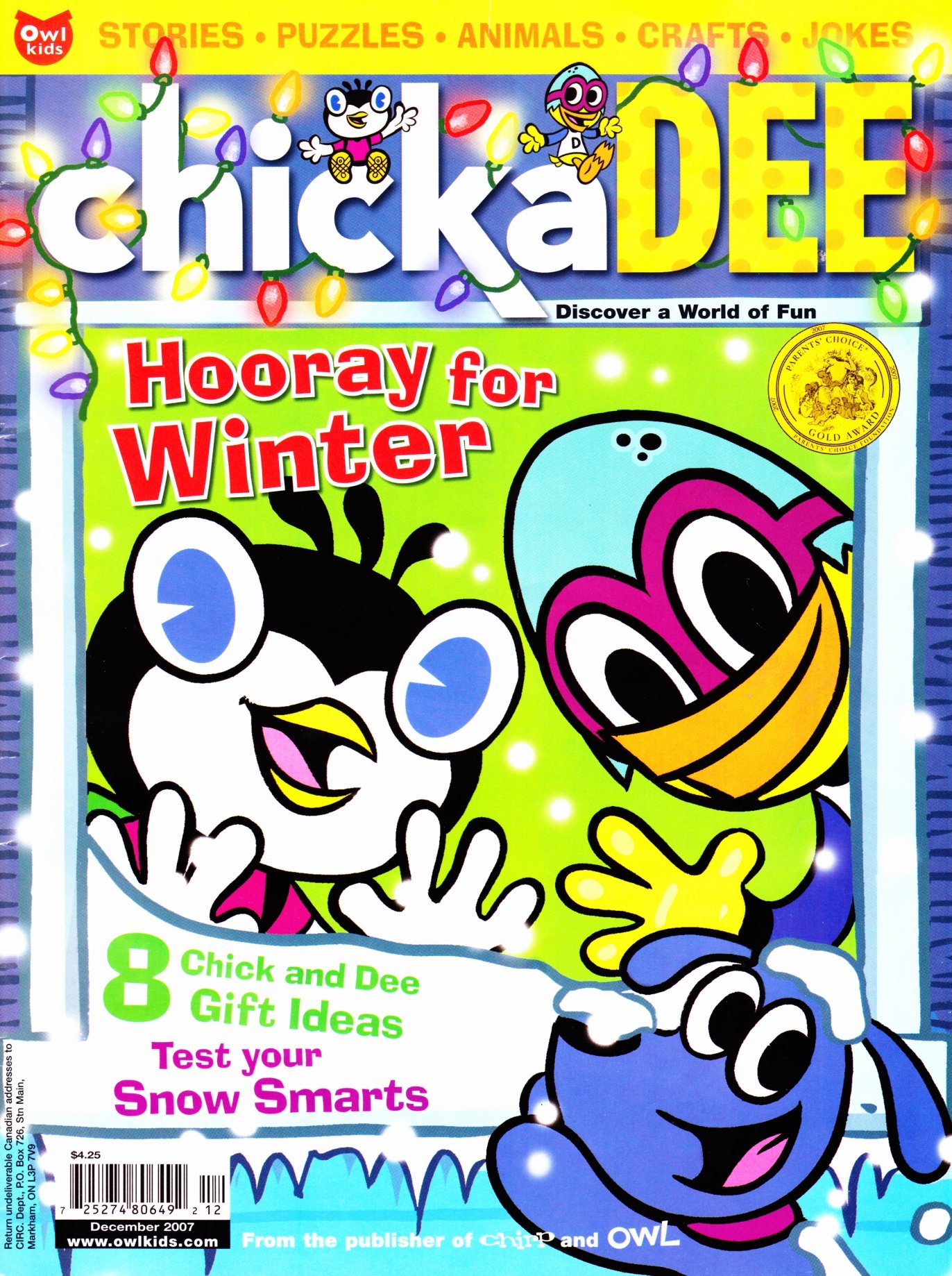 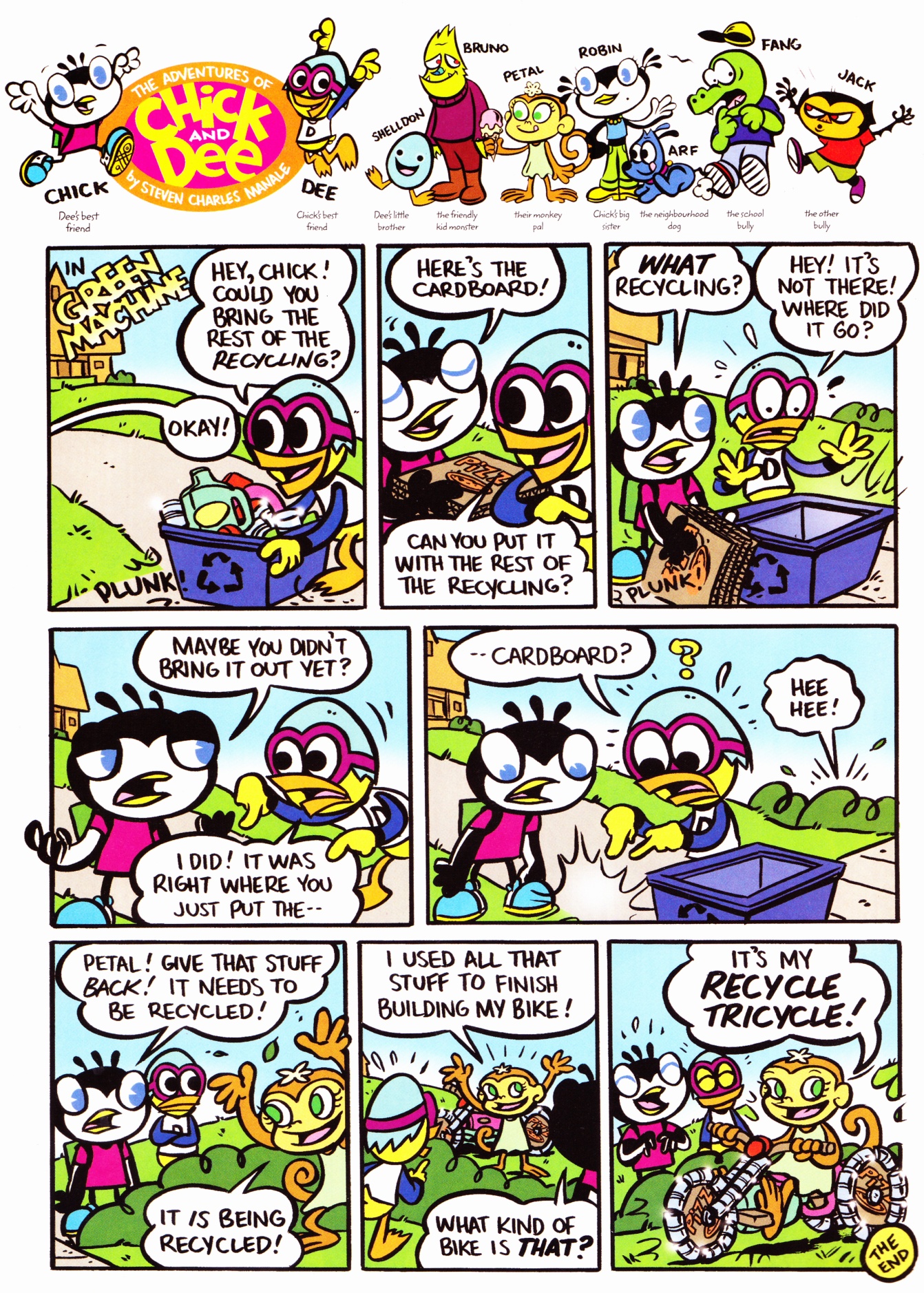 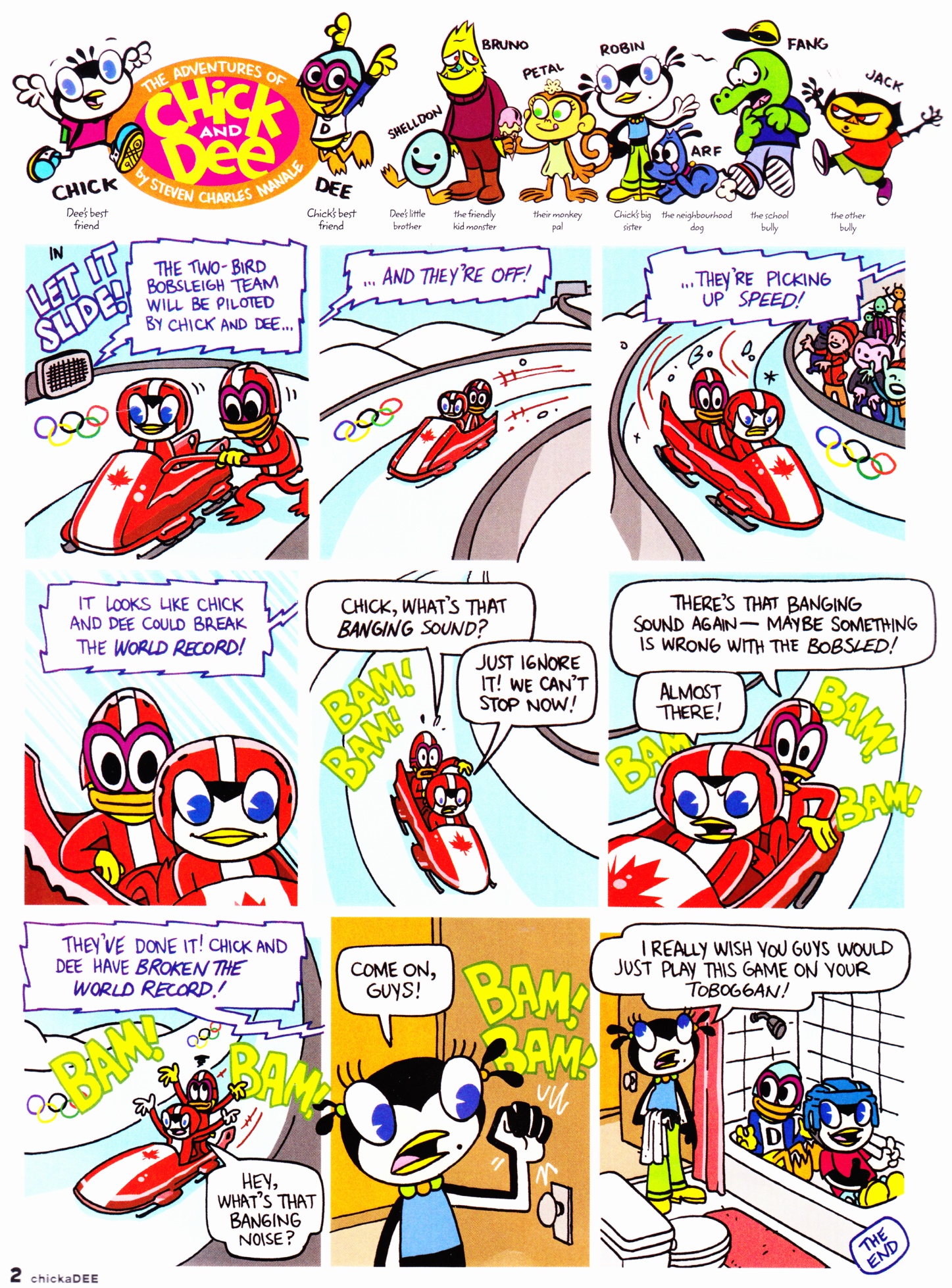