There is a sharp break between his work in the “Dick Mallett” series and his work seen in “The Silent Invasion”, “Suburban Nightmares” and “The New Frontier” as one might expect in a change in focus from a youth audience to a more cynical adult audience. The stories became darker, one could say noir, and the illustration style became heavy with thick lines and a predominance of blacks. The figures became geometrical even crude. This all in contrast the light touch, underlining humour, thin lines and bright appearance of the “Dick Mallet” stories.

These latter works were done in partnership with various other writers but although the writers changed the underlying vision which drove them remained consistent, suggesting that it was primarily Cherkas’ vision.

The structures of Silent Invasion and The New Frontier are very similar. The protagonist in both is a journalist who is also more or less the observer/narrator. Both are at odds with the political/social forces around them. Both have newspaper editors who are ineffective, and a close associate who is ambivalent in his or her support of the protagonist. Both journalists have bad endings. One resists the forces against him to the end and is killed. The other prospers by entering and benefitting from the corrupt society he initially opposed. One novel appears to be science fiction and the other political intrigue, but in essence both deal with political intrigue and people’s gullibility.

Both novels are unified by issues prevalent in 1950’s U.S.A and apparently even more so today. These include the paranoia towards communism, the willingness to believe the somewhat unbelievable as in flying saucers, which was linked with the fear of science and its accompanying conspiracy theories, the government is trying to hiding something from us. This is not to suggest that these ideas were made up or even extensions, that is taking a tendency to its logical conclusion. The 1950’s U.S.A. included realities like the McCarthyism and the “Red Scare”, having lived through the 1950’s, I can attest to that other prevalent fear, flying saucers and abduction by aliens.

Cherkas’ last work was as co-creator and illustrator with John Sabljic of Guelph Ontario as co-creator and writer. “The New Frontier”. continues Cherkas’ interests visible in Silent Invasion and Suburban Nightmares.” The interactions between entertainment, politics and religious fervor and pseudo science that was the 1950’s United States. Yet this new novel has reached a new level of integration where for example the fervour of fundamentalist Christianity is now in service of celebrity, which in turn is the driving force behind electability in politics. This novel has a noir atmosphere that is impossible to become blacker. Everyone is corruptible and is corrupted. Even the narrator journalist Ace Bradley proves corruptible. The possible exception is a character April Valentine who is nevertheless ineffective against the forces against her. Money and power are welded together, and the real powers are the ultra wealthy figures invisible to the population. Most remarkable is the astonishing prescience that Cherkas and Sabljic showed in 1990 to 1992 with a surprisingly accurate description of what the U.S.A. has become in the 21st century.

The “Suburban Nightmare” stories can be more or less summed up as reality falls far short of the vision of the “American Dream”.

Heavy Metal Magazine, January 1991: “The New Frontier”: 97-112. This is a short version of the full length story. It is part of the “The Queen of Kalamazoo”. 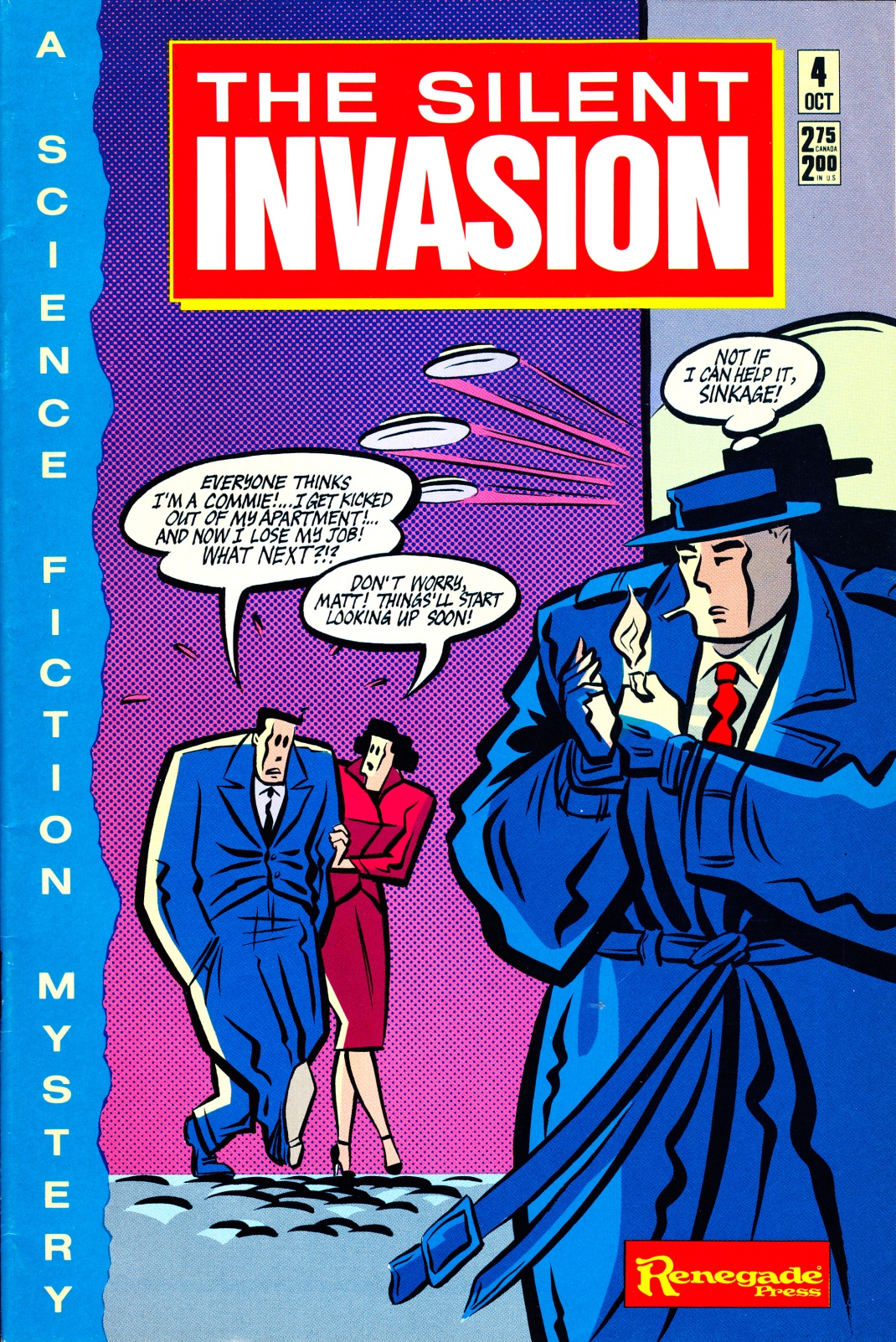 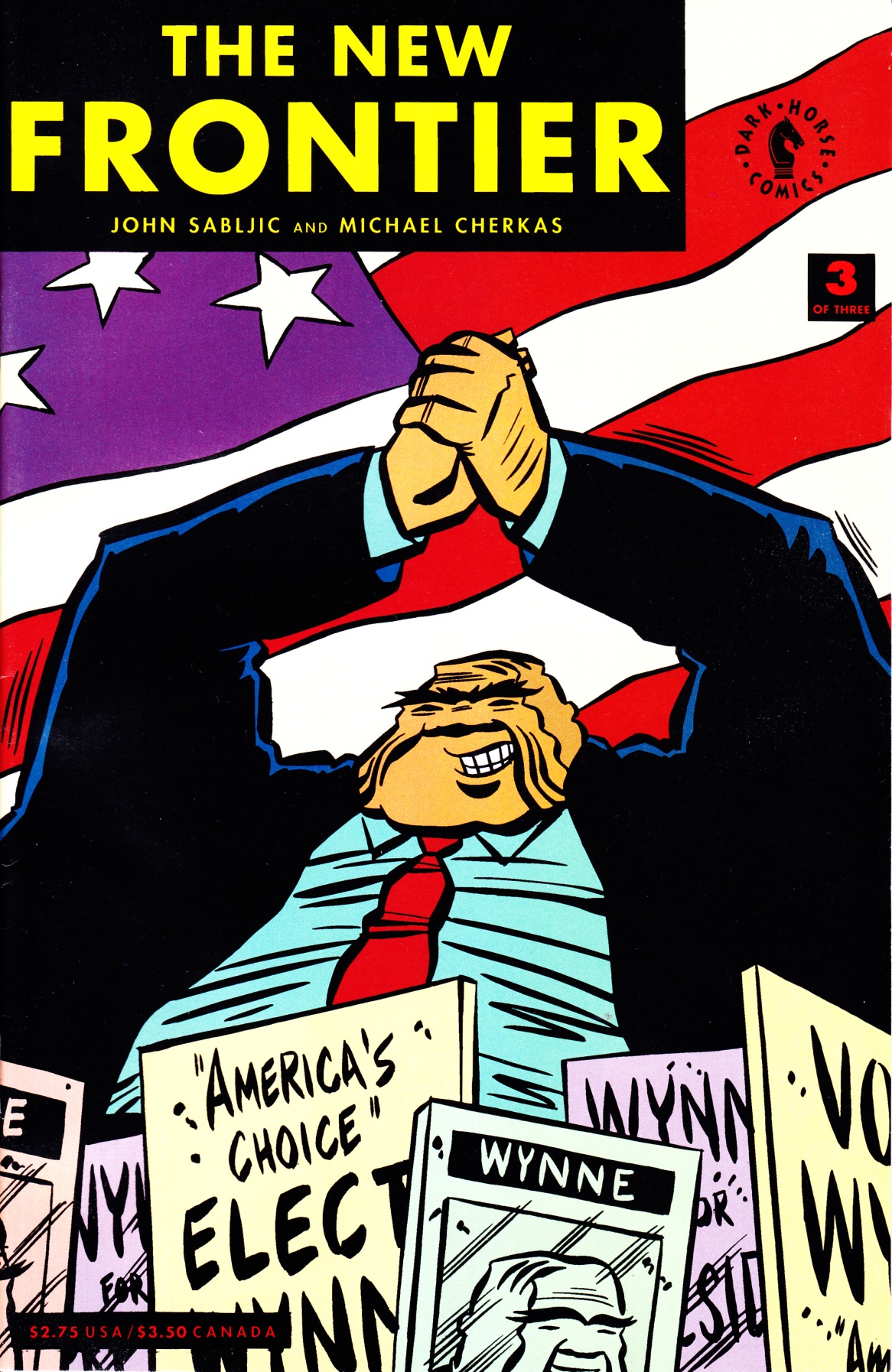