These mischievous little men of the fairy world were created by Palmer Cox based of stories told to him by his Scottish grandmother.

They first appeared in 1879, but achieved their final form in the February 1881 edition of the Wide Awake periodical. The first story “Brownies’ Ride” appeared in the children’s periodical St. Nicholas Magazine February 1883. It was followed by numerous stories (1883-1914) and appeared in the Ladies’ Home Journal (1891-1910). The first book Brownies Their Book was published in 1887 and was followed by 16 books over a period into 1924. In 1903, Palmer entered the Sunday cartoon section with a text strip called “Brownies Abroad.”  In 1908, in “The Brownie Clown of Brownie Town” he added word balloons.

The Brownies appeared in their own theatre company in at least two plays. Their images appeared  on toys, games, porcelain, cutlery and numerous advertisements. The most notable product was the camera launched by Eastman Kodak in 1900, which was promoted as “Brownie” a promotion for which Palmer received nothing. 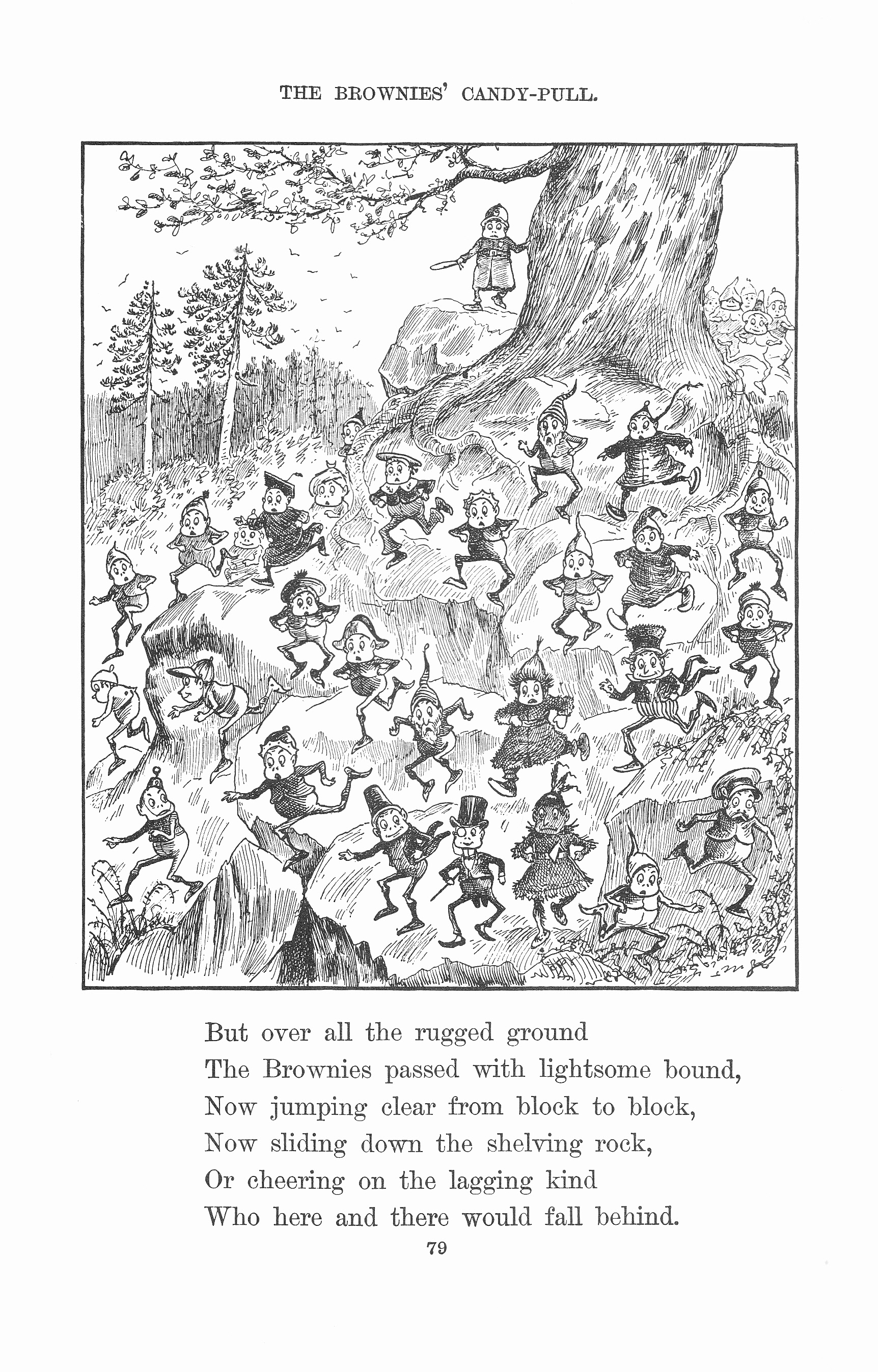 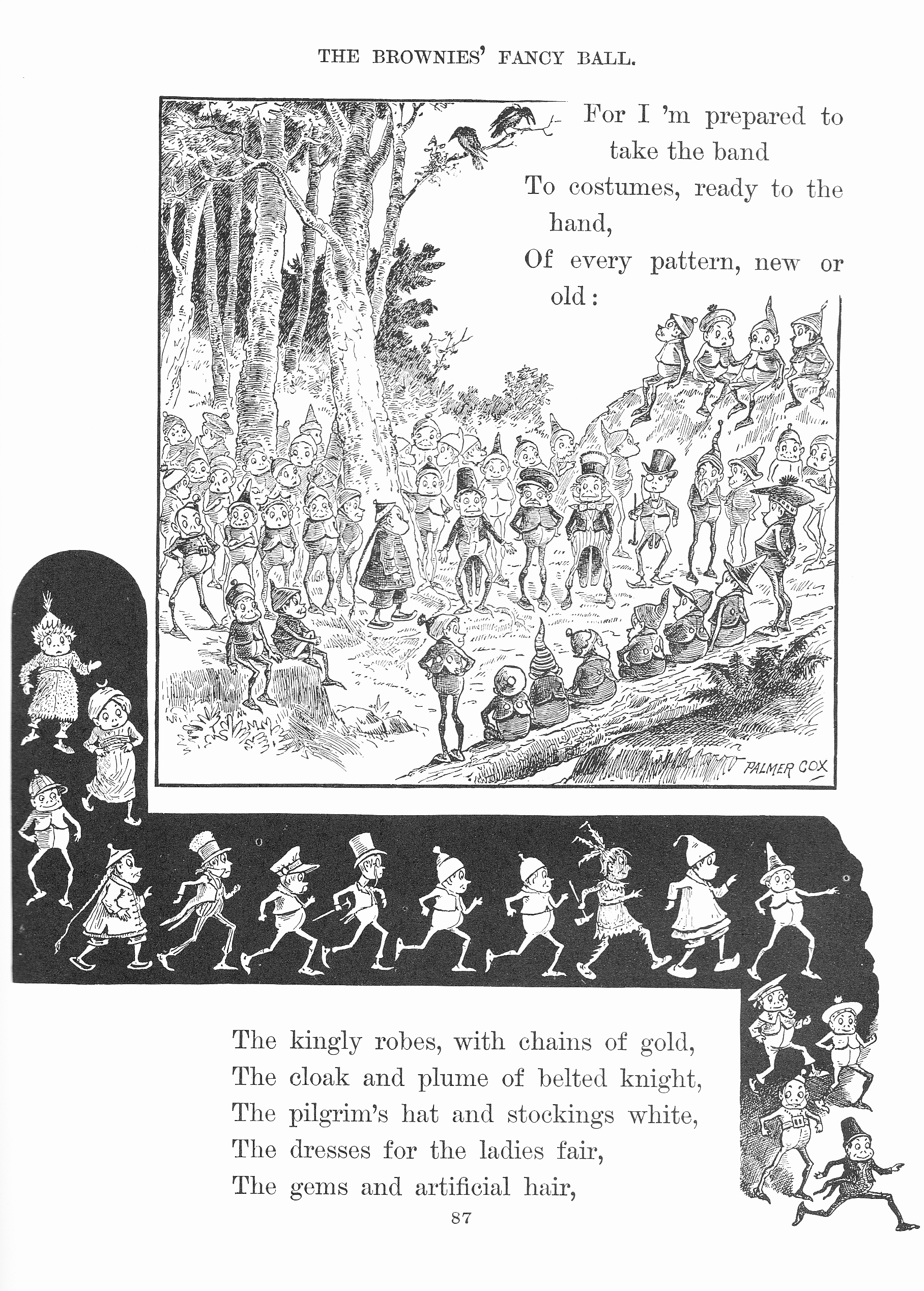