Born in 1910 in Winnipeg, his first printed caricature of “Kaiser Bill” appeared in the Winnipeg Tribune when he was eight years old. He moved with his parents to Vancouver the following year.

He studied at the Chicago Academy of Fine Arts, famous in its day for producing political cartoonists. After two years he returned and joined The Vancouver Daily Province in 1931 as a cartoonist and illustrator. He also gave chalk talks much in demand throughout British Columbia. During the early years of the Second World War his cartoons for the Province were collected into two books called Heeling Hitler and Accent on Axis. In 1943 he moved to Toronto to become the cartoonist for The Globe and Mail. By 1947 he was reported to be the highest paid political cartoonist in Canada at $7000 a year. He won the first National Newspaper Award presented in 1949. In the early 1950’s he was employed by the Thompson Newspaper chain. While with them, in 1953, he worked on assignment during the Korea war there. He was the first Canadianartist to cover that war.

In 1957 he moved to the Hamilton Spectator. He moved back to Vancouver and died there in 1973.

In all of his cartoons he incorporated a small owl for secondary comments and kept a stuffed owl in his office for inspiration.

Heeling Hitler, No publisher, no date.

Accent on Axis, No publisher, no date. (came after Heeling Hitler). 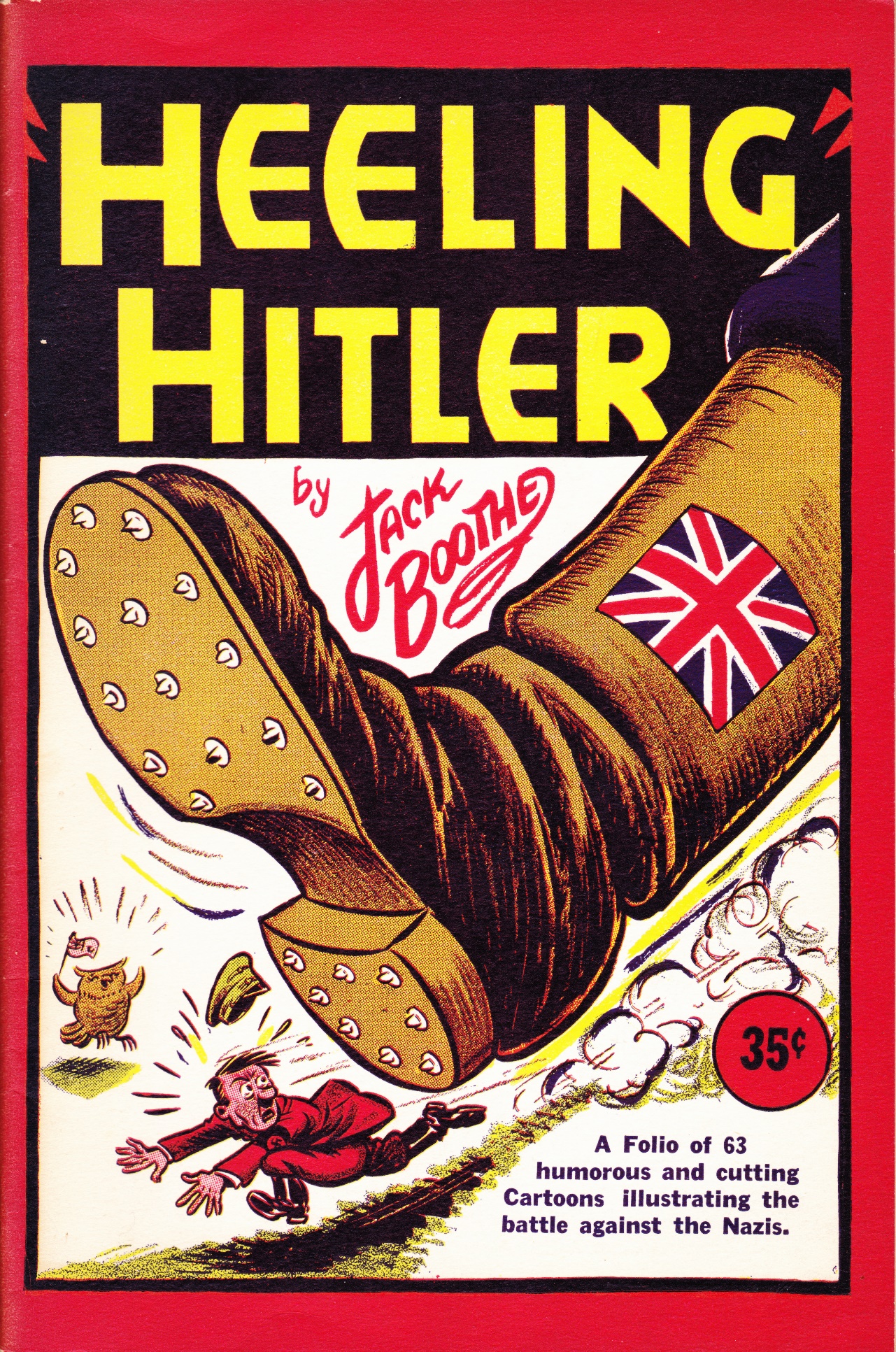