Nick Poliwko teamed up with Tom Nesbitt to produce the comic strip “Bob and Doug” which started in the Toronto Sun in September 1983 and ended in May 1984. “Bob and Doug” was based on the Mackenzie brothers television creation of Rick Moranis and Dave Thompson. 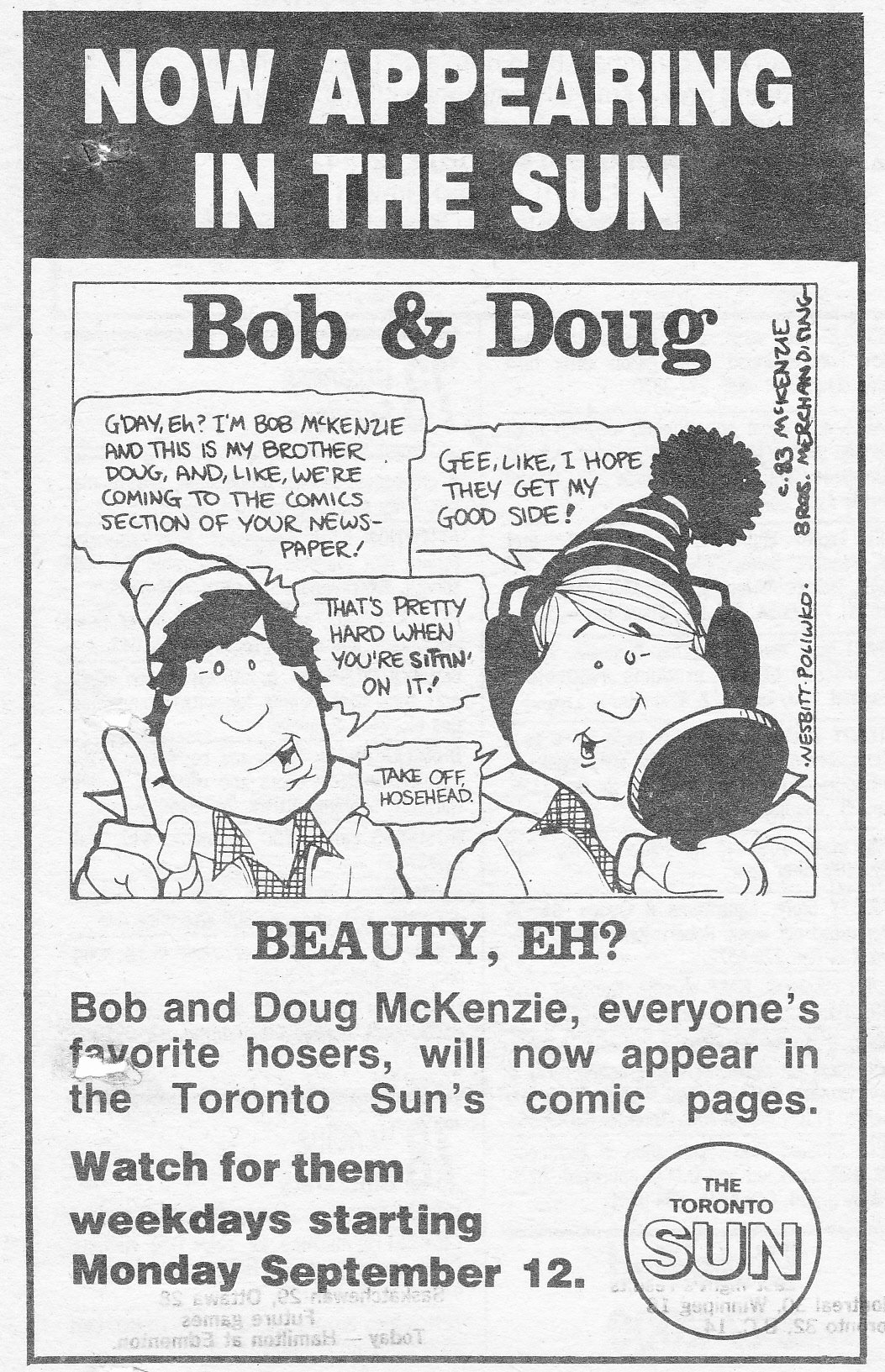