This cartoon strip appeared in the Focus Section of the Globe and Mail on Saturdays from March 20 1993 to July 2 1994. This attempt to bring the narrative cartoon strip back to newspapers appears to have been created exclusively for the Globe and Mail by writer L.R. Flores and illustrator Ian Carr. The physical dimensions of the strip were unusual at least by modern standards the strip was 32 cm stretching across the width of the newspaper.

The story opened with the death of the owner of Dublane publishing and the sale of the company by the son to a corporate conglomerate Magnicon. The plot line followed Clementine Fairley Editor-in-Chief of Dublane and Dennis Martin a V.P. of Magnicon and their fight to keep Dublane alive in spite of the hostility of Magicon and its bottom line CEO Brock Vallantyne. Around this plot line swirled the personal stories of the two main characters plus other members of Dublane’s staff. Possibly to overcome the slowness associated with the strip appearing only weekly it ran as a half tab. This also allowed for some variation in the panel makeup. The story ended abruptly and the ending was rather contrived suggesting there was a loss of interest in either the creators or the newspaper. 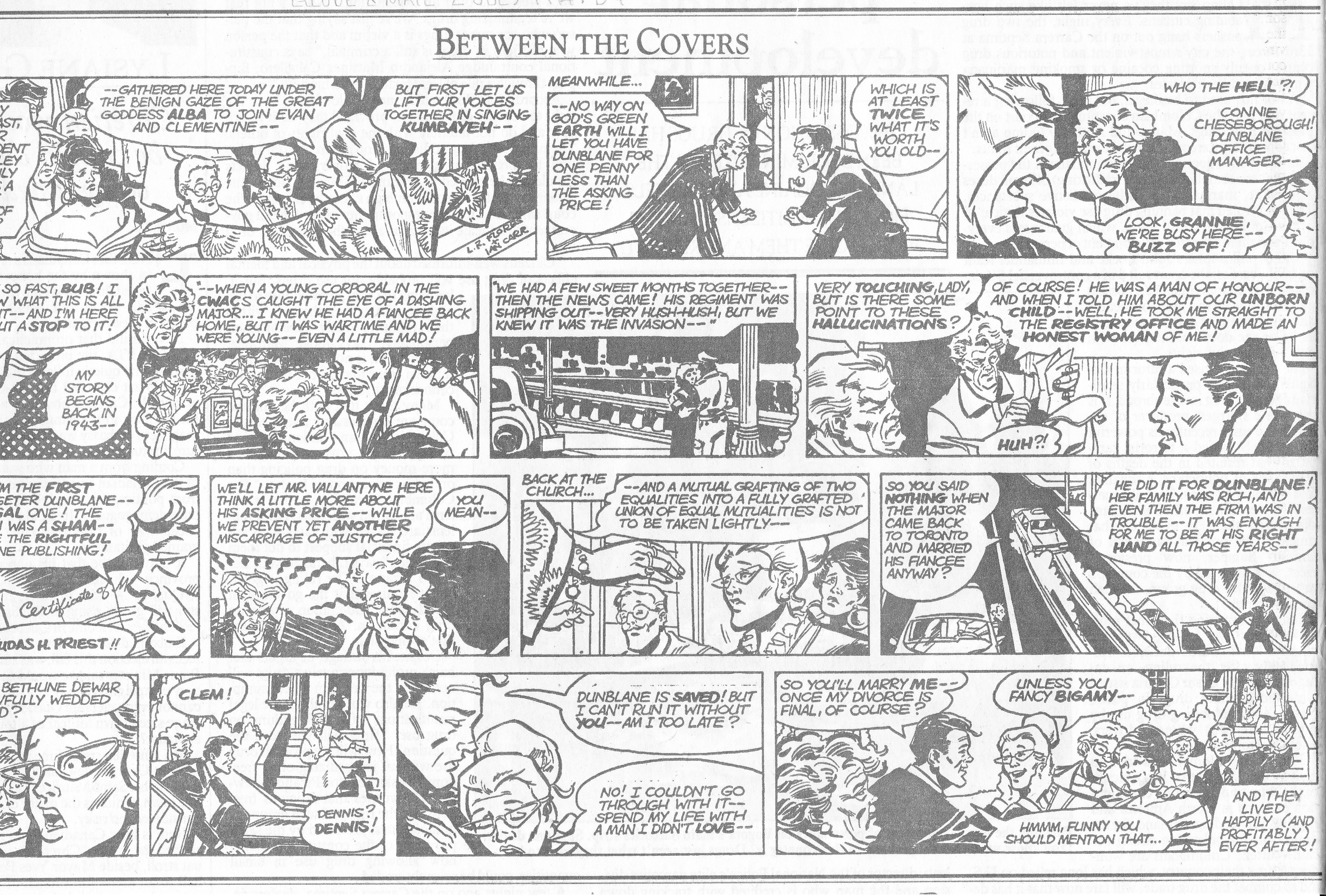