ARCHY AND THE WHIZZZ KIDS

Thus opens the first cartoon adventure serial in the periodical chickaDee. Created by Alan & Lea Daniel it appeared for at least the first year of the magazine and probably continued till 1983 when Lynda Cooper’s “Daisy Dreamer” first appeared, and likely replaced it.

“Melissa” and “Jeff” with the help of “Archy” travelled in space to the arctic, a baker’s shop, a glacier or even the moon and through time back to the age of the dinosaurs. As with other serials in chickaDee the serial attempted to present information through the means of an adventure. 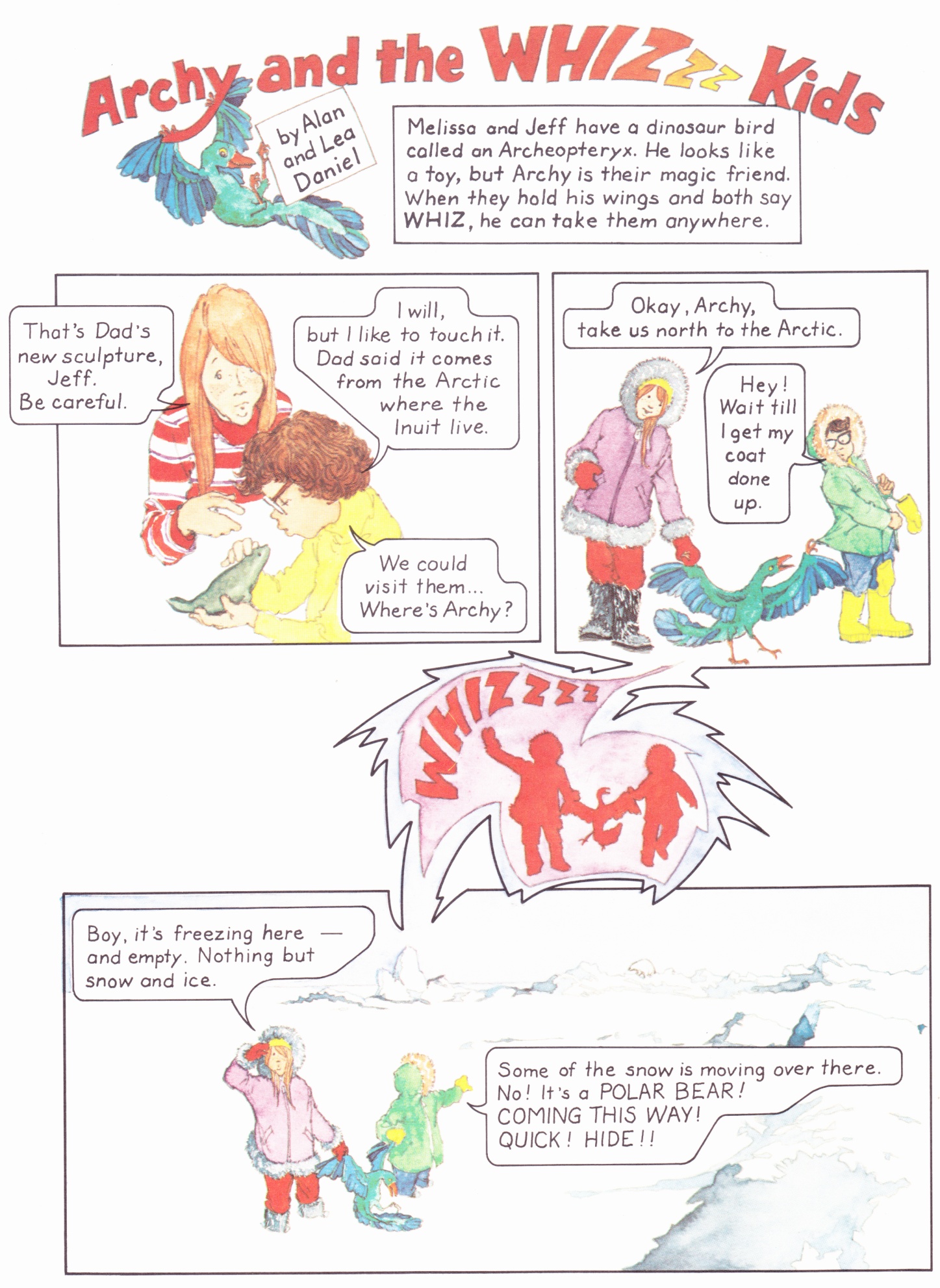 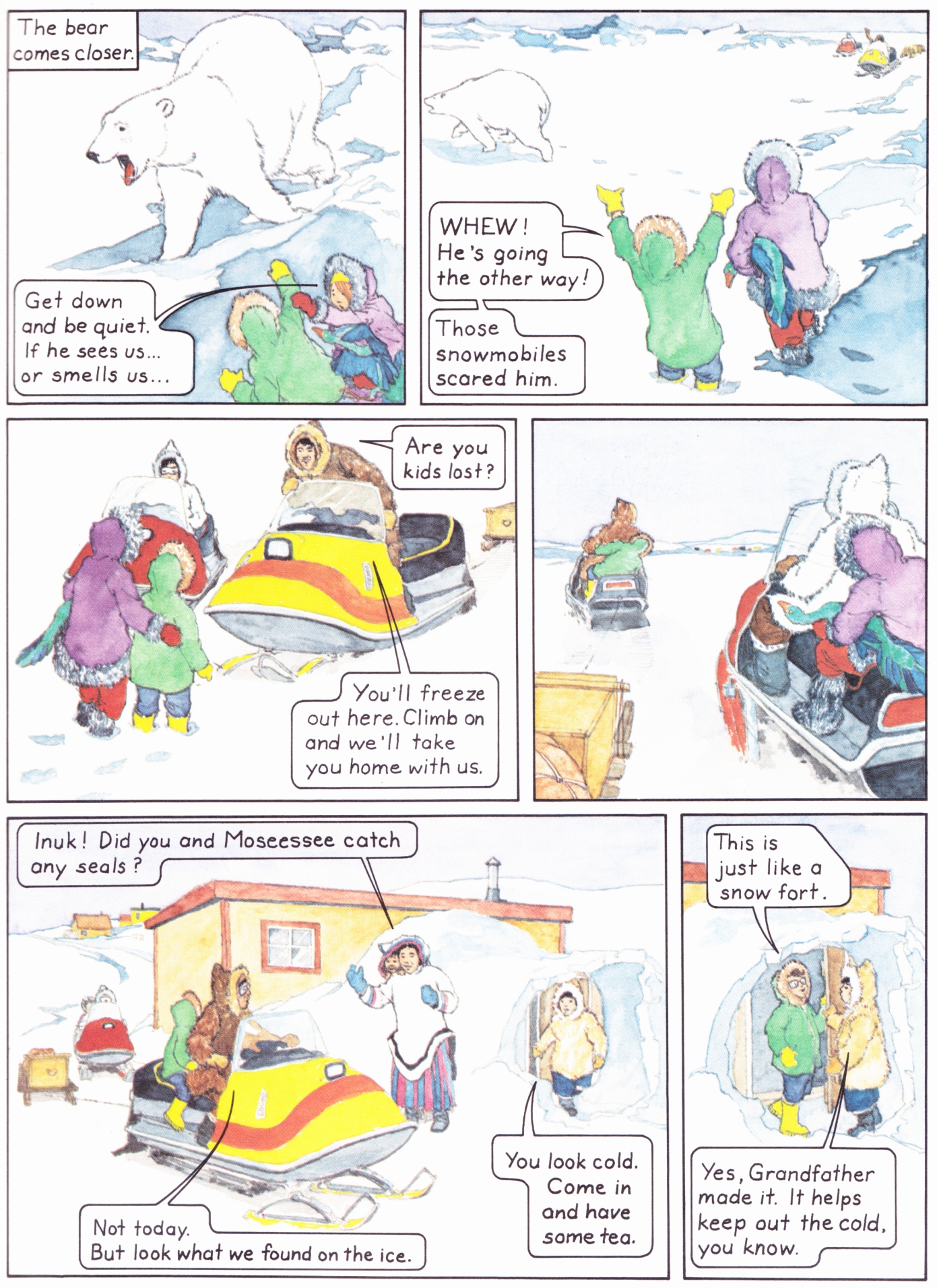 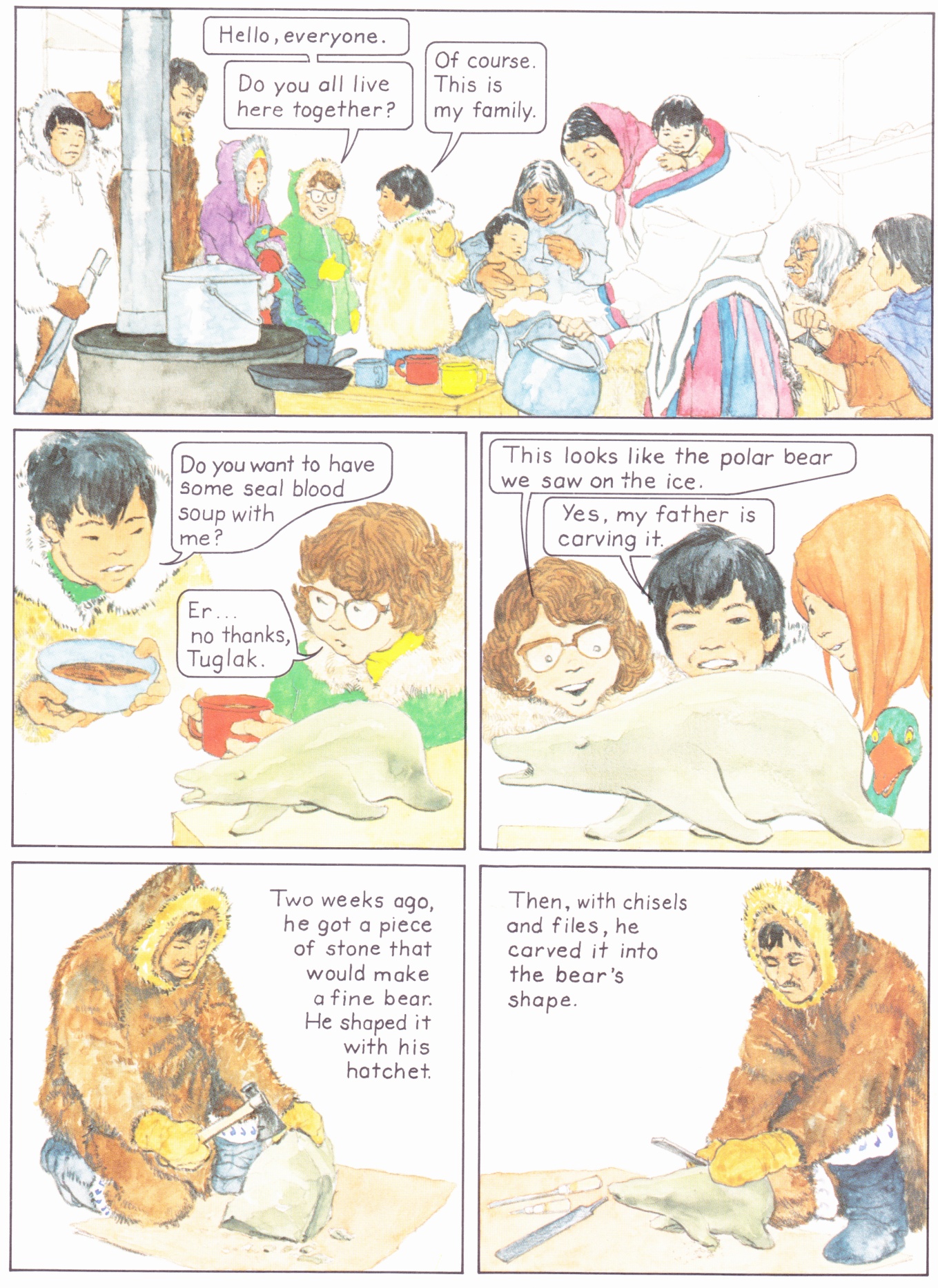 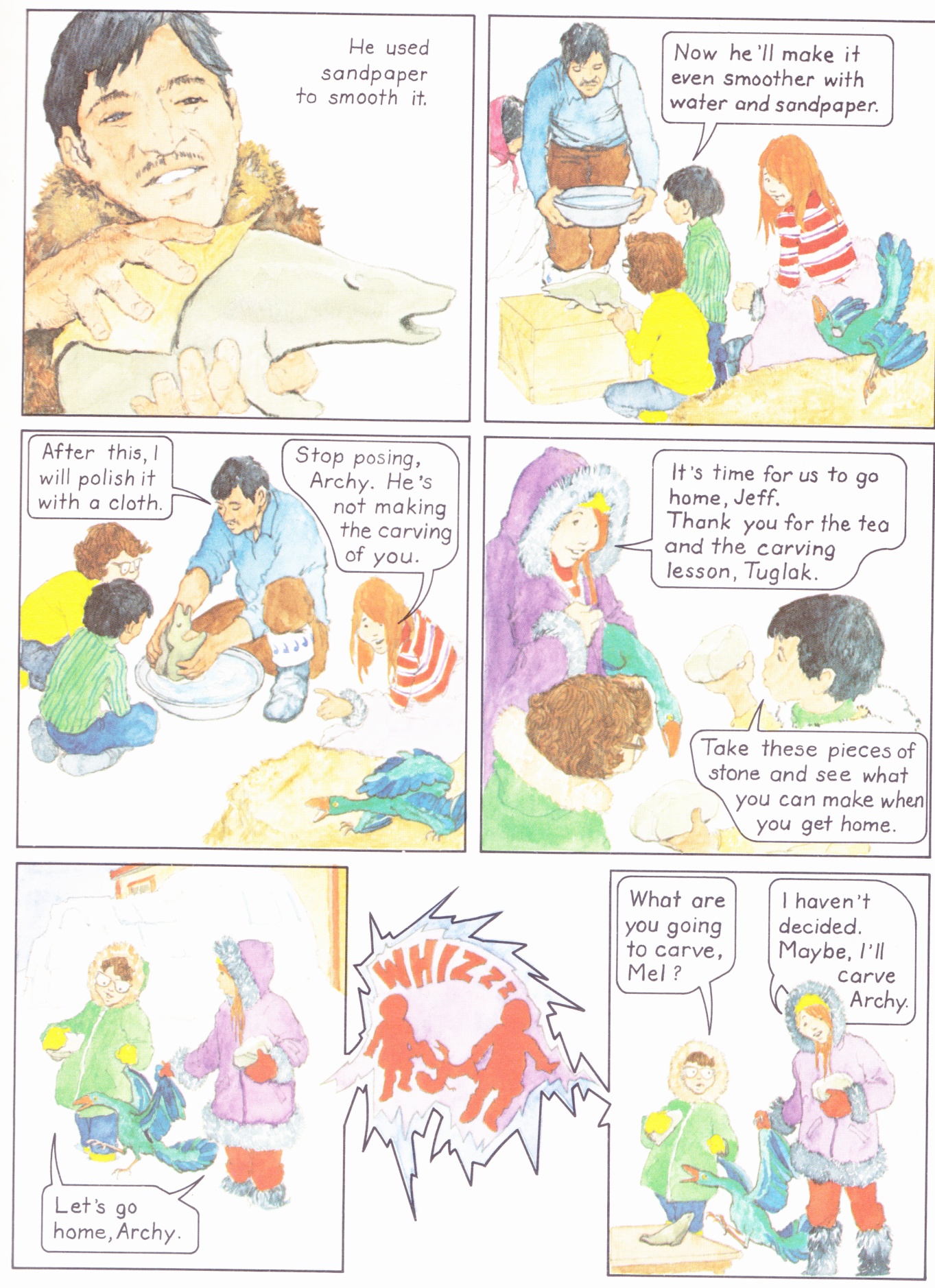 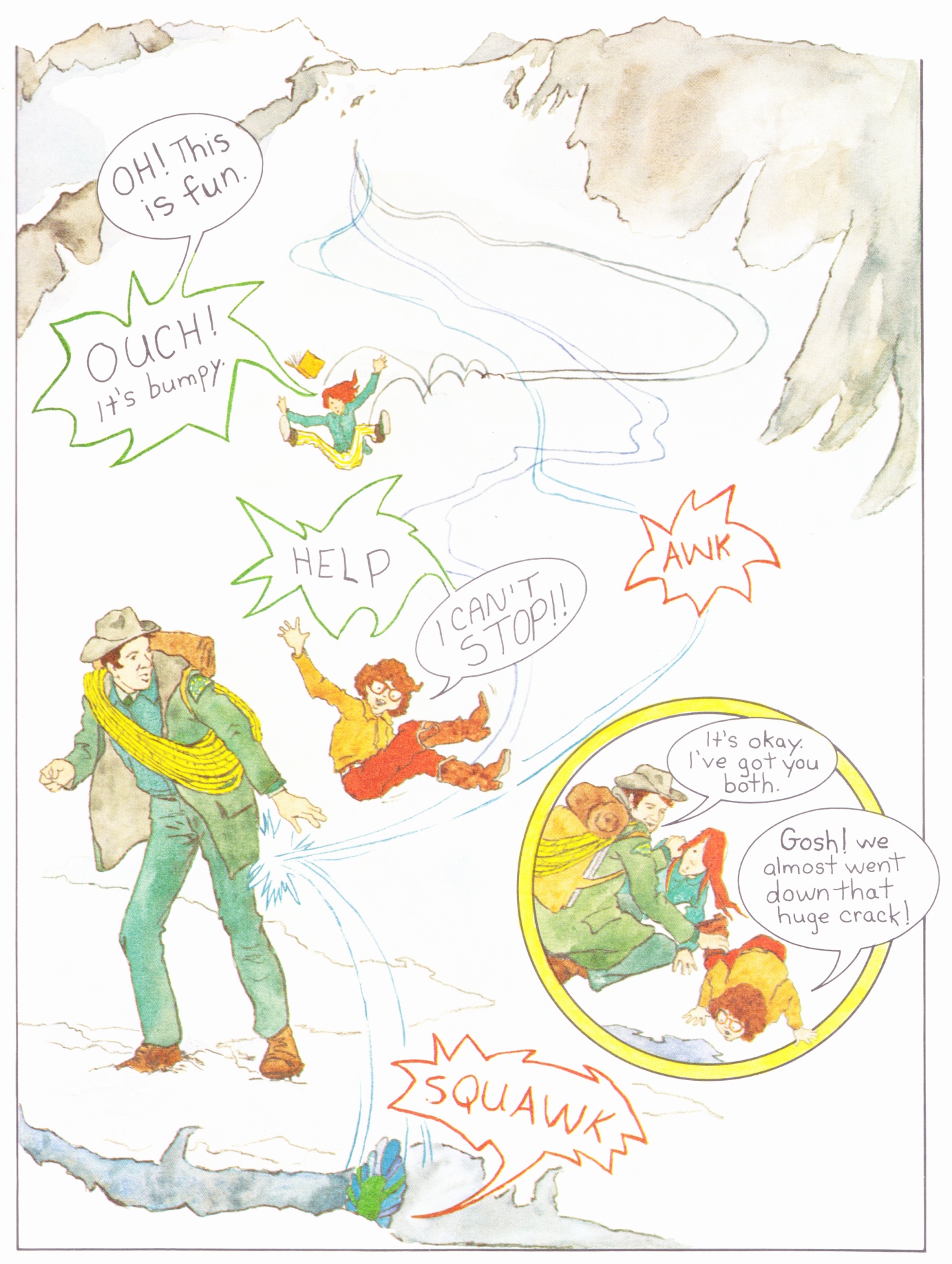 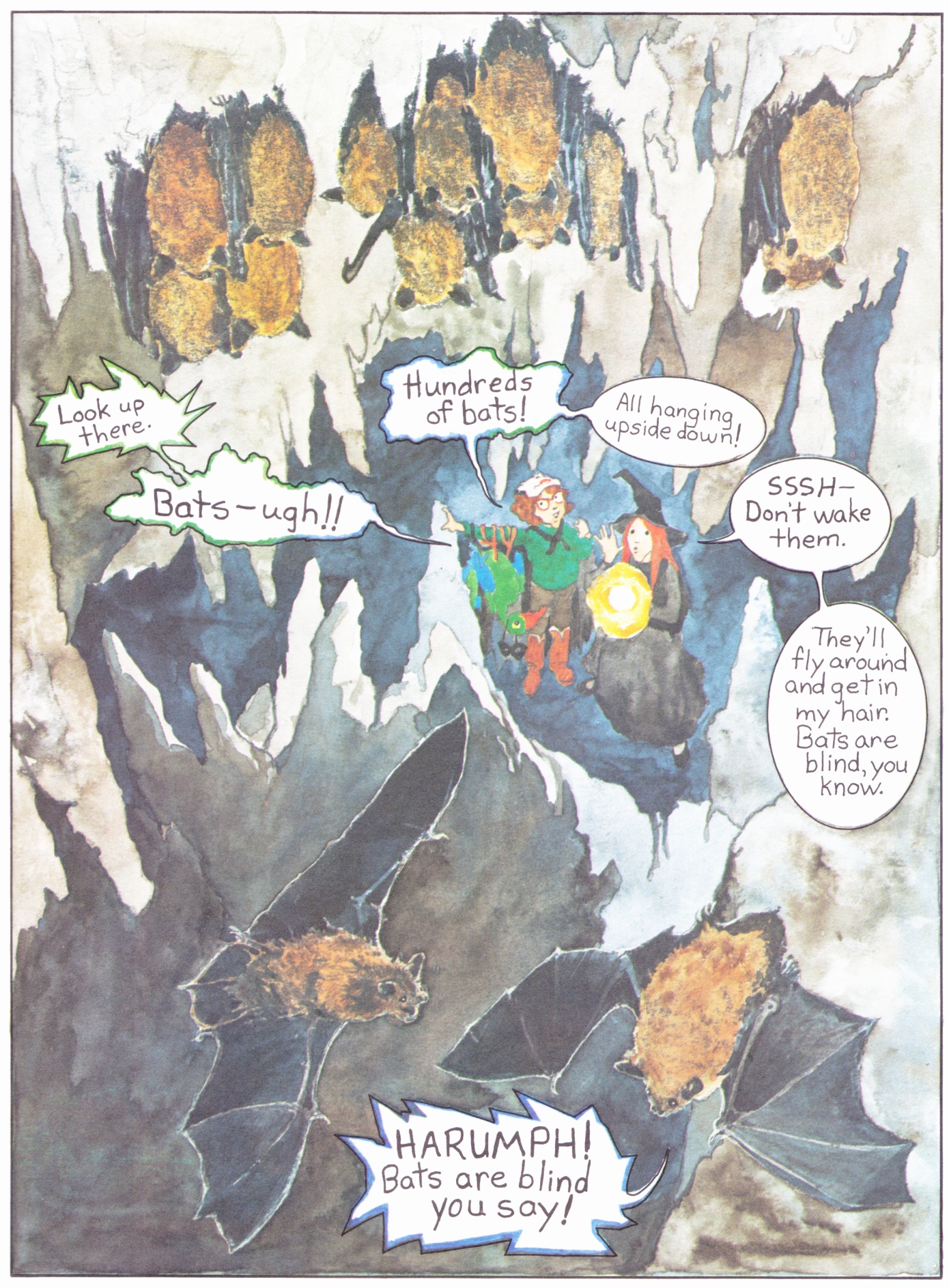 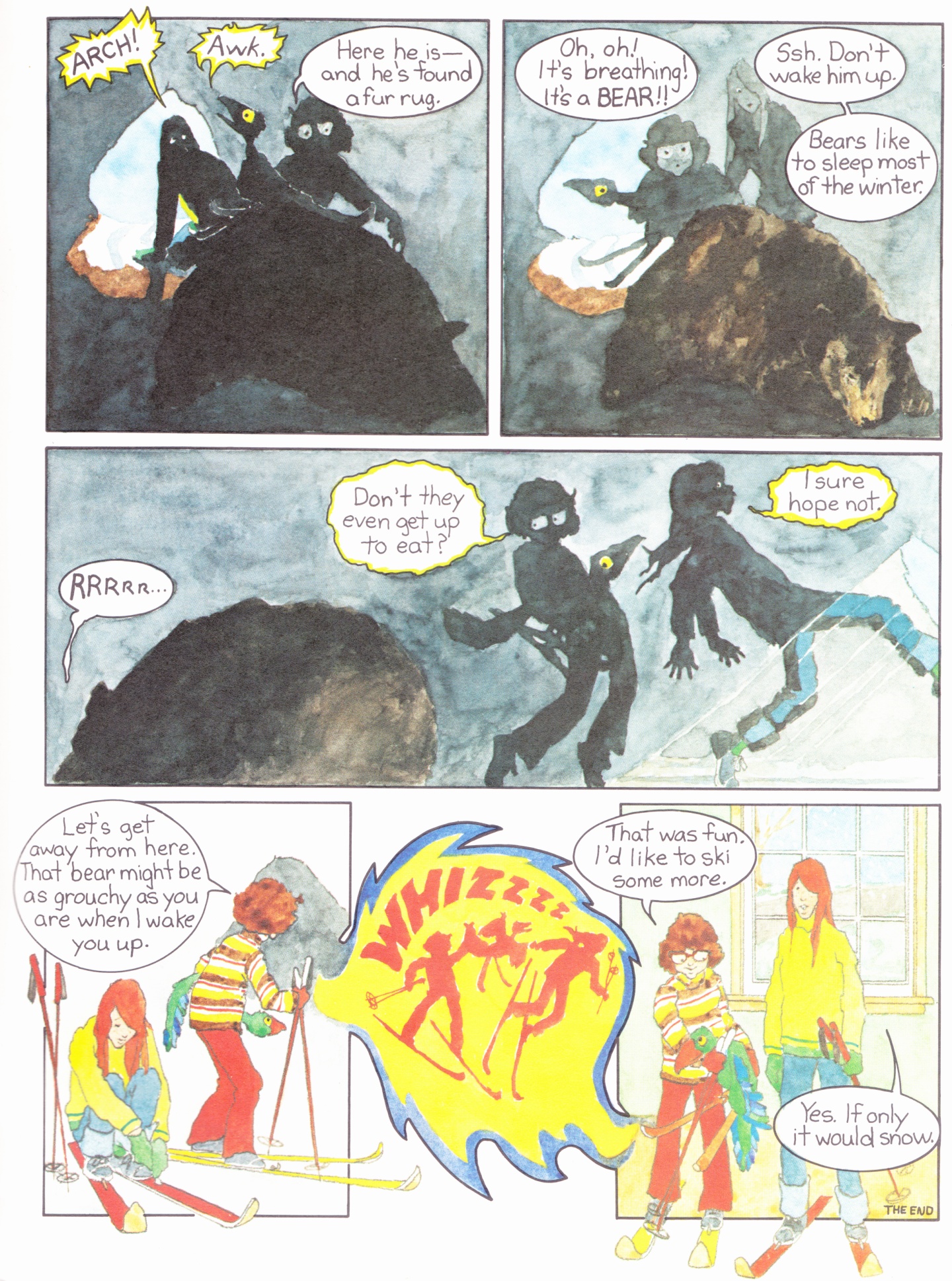