Created by someone identified as “Samak”, Alatha is an Egyptian ace flying with the Royal Air Force. He has Royal blood with ancestry going back 3000 years to King Ptah. The ghost of Ptah returns to fight the “axis” powers when called upon by “Alatha”. Among the wartime cartoons, this hero stands out as a single departure from heroes who are either Canadian, British or American. Unfortunately, this departure from the usual lasted for only two issues. 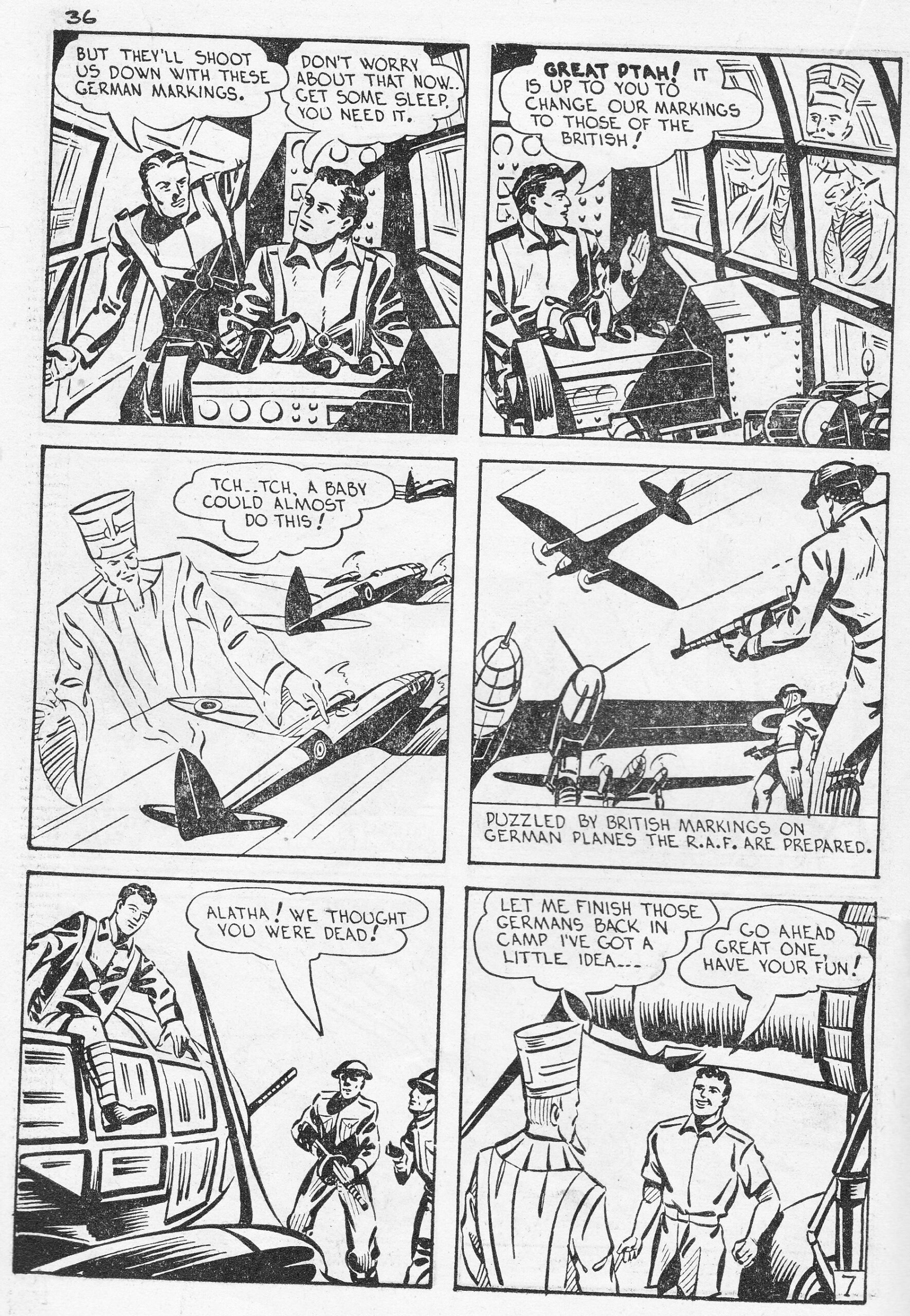